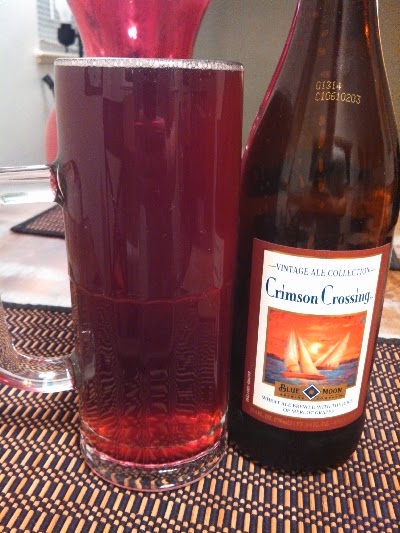 I was gifted a bottle of Blue Moon Crimson Crossing. Ale brewed with the juice of merlot grapes. This beer clearly is a homage to red wine, and since wine is best taken with food, I decided to make myself a nice dinner to go with the beverage. I'm pairing impaired, and I did absolutely no research on what to pair red wine with. Instead, I assumed I heard it goes with salmon because that was all I had in my house along with asparagus. On top of preparing a world class meal, I wanted to use a proper glass that spoke of its apparent elegance of the wine, but also the underlying blue collar ruggedness of the beer. I settled on one of my all-time favorites, a mug I call "The Punisher"

I decided to see if it was a twist off. Determined it wasn’t after shredding my finger. It poured ruby red, with medium to low head retention and barely any lacing. Abv was 9.5% and the label description read “Wheat ale brewed with the juice of merlot grapes.” My interpretation of the taste was, how do I put this? Familiar, yet different with a slight hint of feet. I didn’t want to call it a wine, and I sure as hell didn’t want to call it a beer. All I could think about while drinking this "beverage" was Paul Giamati in "Sideways" - I ain't drinkin no fucken Merlot. Terrible grammar aside, this beer is a lot like that movie: appealing to a very specific demographic and I kind of regretted getting involved with it about halfway into the endeavor. 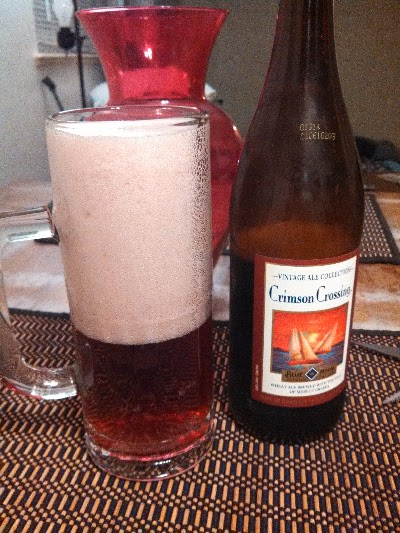 It was fizzy as all fancy and the body was thin so my first pour was about 1/3 beer to 2/3 foam. Foam tasted fruity and dully tart. I don't know anything about wine, but I've had some reds with real big ass balls. Much was left to be desired in the balls department. The familiar flavor reminded me of the early days of beer drinking when you'd take whatever beer you could get (usually a fizzy yellow lager). This beer had more balls than mass produced beer, but still couldn't escape that shadow to me. I refused to do any additional pairing research, but I could tell the Chinese, farm raised salmon neither enhanced nor degraded the beverage. Maybe brought out the booze a little bit, but I didn't really savor anything since the beer tasted like a tart stale lawnmower beer to begin with.

Halfway into the Punisher, dinner is long gone and my head is swimming harder than Michael Phelps towards a bong and Subway sandwich. I’m not NOT enjoying myself, and I still hadn't had an adverse reaction to a single swig, but then I burped and the weird grape tartness billowed up into the back of my throat. I don't even have the words or capacity to describe it at this point, but it was bad, albeit less noticeable as the glass gets more empty and my head gets swimmier. 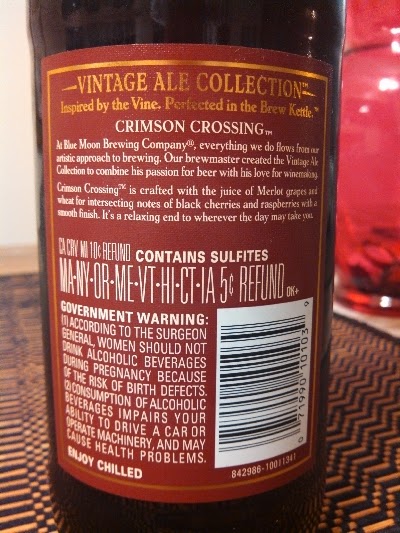 The label claimed the flavors of black cherries and raspberries resided inside the bottle like a fruity little genie, all with a smooth finish. I agree with smooth finish but the flavor profile I'm picking up with 1/4 of the punisher left to go is tart toe jam. It's funky. Maybe I got a bad bottle, but I don't really think so. The next morning, I had mild headache not too dissimilar from a night of mixing my alcohol foods groups (e.g. mixing it up with wine and beer). However, that funky feeling passed on quickly and I was back on the wagon in no time, ironically enough, while taking a tour of the Coors facility in Golden, CO.

I'm going to say something that may catch a lot of shit from the craft beer evangelist crowd, but I've always respected Blue Moon products. It’s a division of a macro that kept craft intentions in a way, and managed to succeed in a time when their corporate overlords wanted to shut their department down. That said, this beverage is an experiment I think best left in the lab. The flavors in this beverage just don’t mesh in a positive way. Maybe someone else can do it right and create an amazing experience (I think Dogfish Head made something similar) but for now, it’s a thought that doesn't excite me. 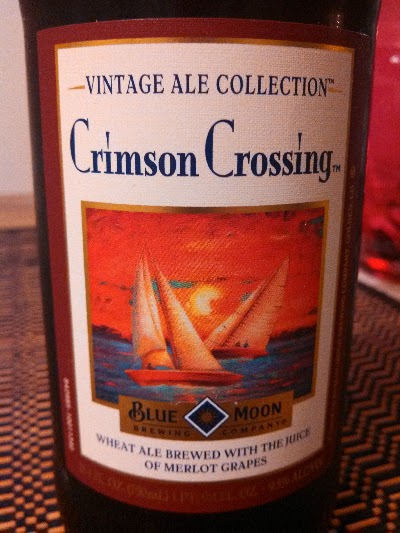 I have not had this one, but I had a few other of their beers. I think I made it through one bottle. I'll have to look at my notes and find out which one, but the other I dumped. Funny, because even though they were different beers, I had the same experience on that one lol

Anyway, cheers! I love hearing about these ones. I try them myself usually. I just haven't seen this one.