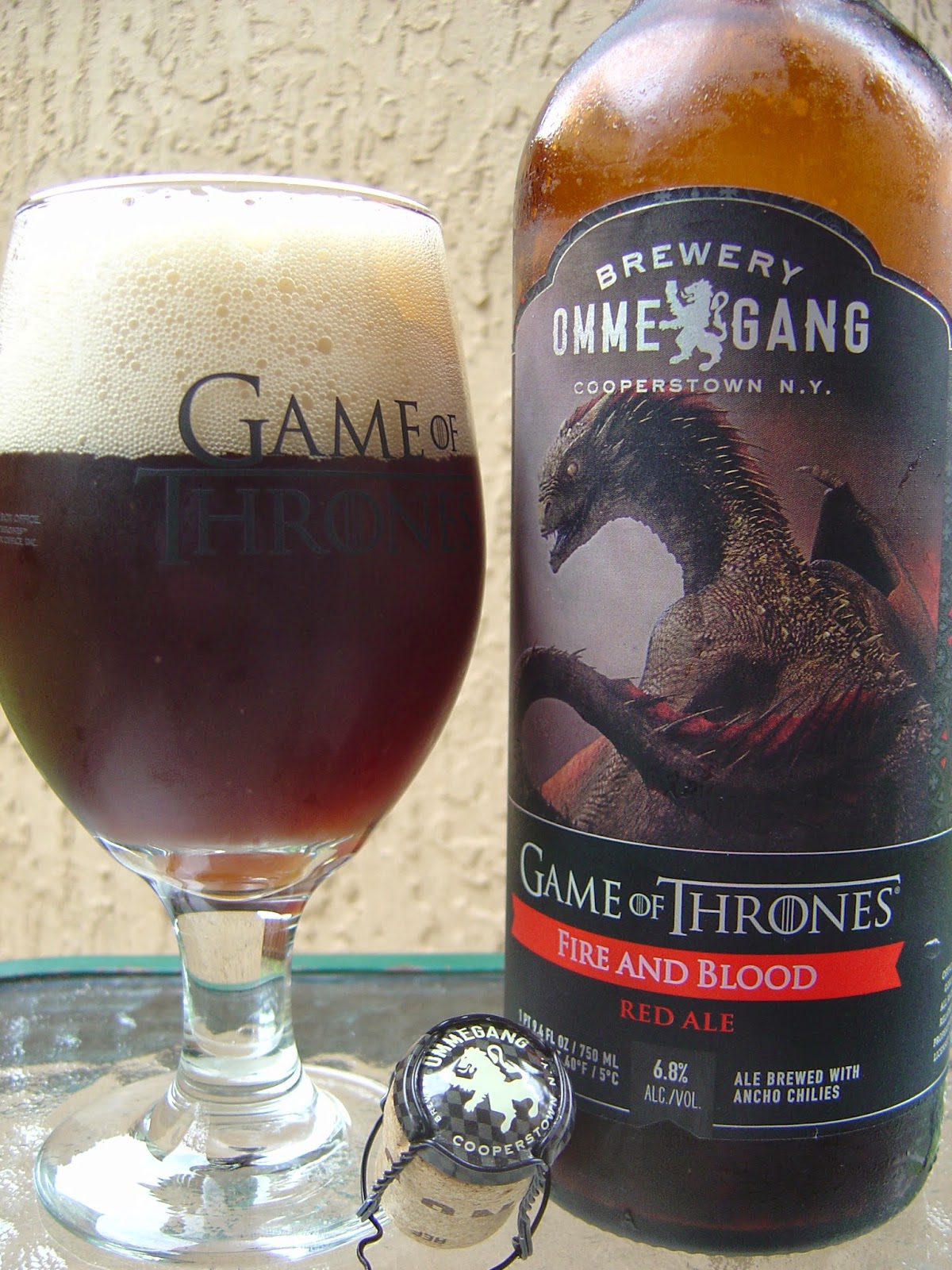 When I left the Game of Thrones Fire and Blood launch party last week, the South Florida Market Manager handed me a bottle of the beer to check out without any pressure. Well, with the wife and kids on their way to Target, that moment just presented itself! Damn it's quiet here! Three different labels were created for this beer, one for each of Daenerys Targaryen's dragons. If the brewery named them in the order they showed the bottles, I have a Drogon Dragon Bottle! Say that three times fast!

The bottle is a corked and caged and tells a little story on the side to set your expectations. "Born of fire, like Daenerys' dragons, this ale's deep, dark-red hue evokes their every blazing breath." (This beer was brewed with ancho chilies). This beer goes on sale tomorrow, Monday March 31, just in time for the start of season 4 of Game of Thrones on HBO on April 6. Serve at 40°F in your Brewery Ommegang Game of Thrones glass. 6.8% alcohol.

Nutty and sweet caramel aroma with spicy peppers. And I love the licorice nuances that peek in and out as you keep smelling the beer. Loads of yeast, first sip, along with some spicy rye. Then the fruity components start showing up one by one. Raisins then cherries with a nice underlying caramel sweetness. That's not to say this wasn't hoppy enough--it surely was balanced by that.

The spiciness was there all along but seems to build after drinking a handful of sips. Spicy cloves, then the spicy peppers really stand tall, earthy even vegetal all the way to the finish. Carbonation is good. Spicy finish, though I am not quite up to fire breathing just yet! Fire and Blood Red Ale is as interesting as my introduction to this TV Series. I mean Daenerys, Drogon, Rhaegal, Viserion, Tyrion, Davos, Jorah, etc? Courts take kids with those names away from their parents these days! Check out the next season and be sure you have a few bottles of the beer along for the party! 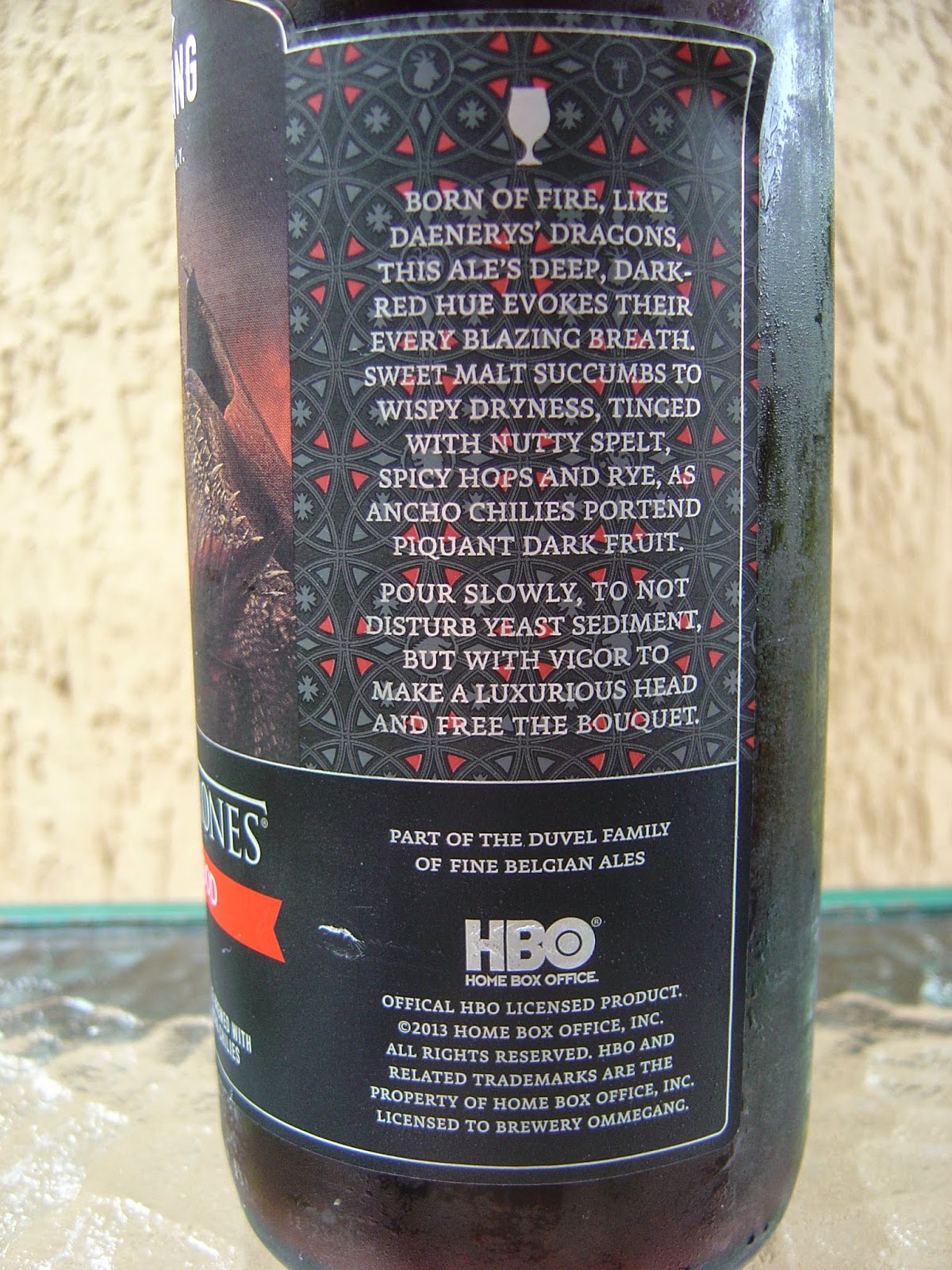 Posted by Beer Drinker Rob at 9:41 AM