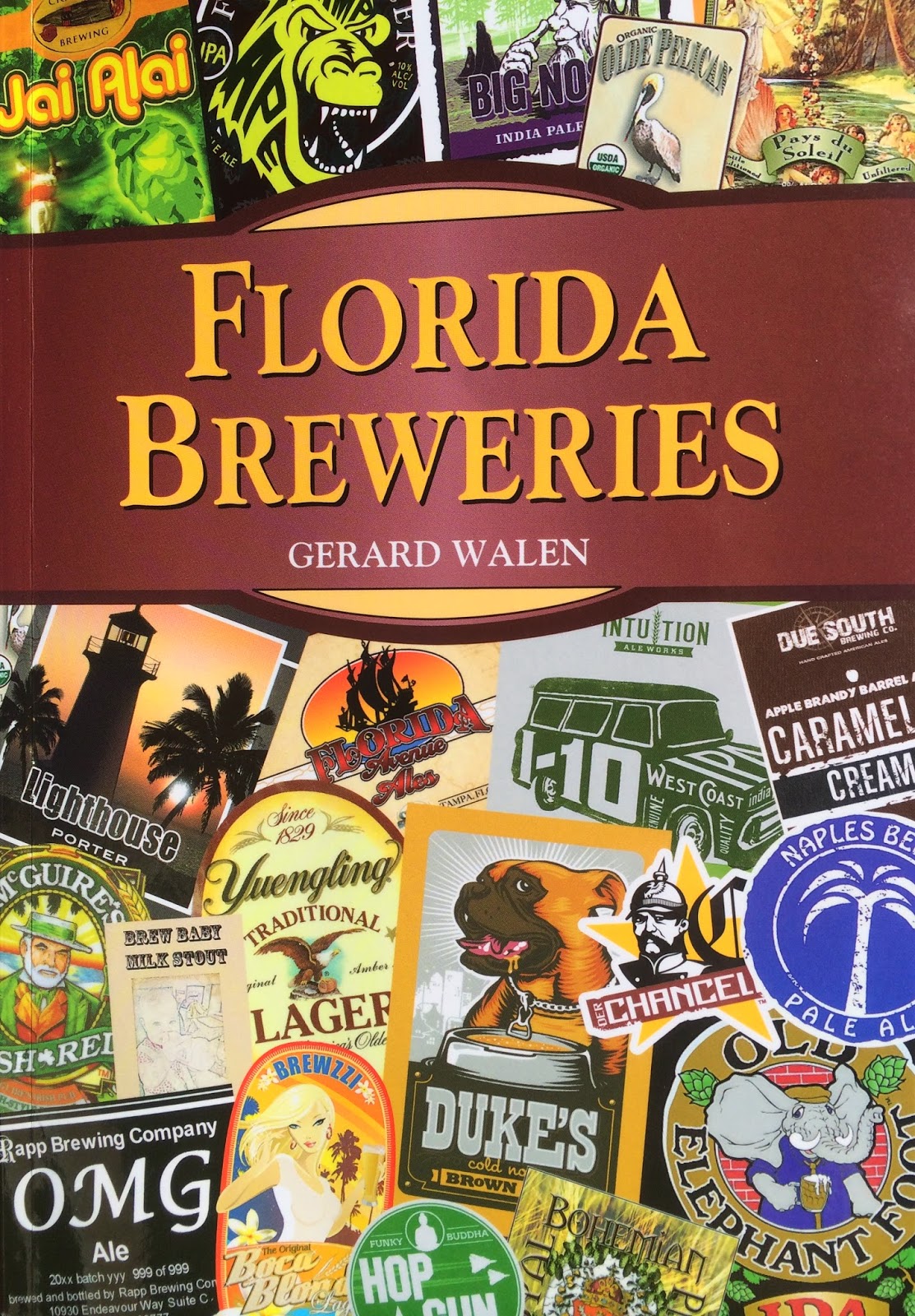 I recently received a copy of Florida Breweries by Gerard Walen from the book's publisher (with an assignment date for a review, no messing around, LOL). I've "known" Gerard for a long time on Twitter because of his involvement with the Florida Craft Beer Movement and writing on RoadTripsForBeer.com. So of course I said that I'd love to check out this newest Guide Book of 66 Florida breweries.

The book is organized into four geographic regions: North Florida, Central Florida, Tampa Bay Area and South Florida. Gerard spent a year touring the state, meeting brewers and owners, looking for the most interesting stories that help to define each brewery. And from his list of almost 50 additional breweries in the works, it wouldn't surprise me if he's still road-tripping for the second edition of the book!

Being a Miami guy, I flipped right to the South Florida section of the book. Gerard conceded that the next version of the book may need to split this region into southeast and southwest as both have exploding beer scenes. Each brewery has a profile of a few pages that offers some history and tells a little story. Gerard's writing style has a way of making you feel like you personally went to each brewery a while back, that you actually met the brewers and took the tour, and now need to schedule a time to go back to see what's new. He also offers "The Pick" which suggests one beer you should check out at each brewery (if you only get one choice).

Florida Breweries will make a terrific guide for people planning trips around the Sunshine State, from longer vacations to one-day excursions. It will help you plan your route, decide on stops, and know who and what to ask for when you arrive. Looking at the lists, I'm already thinking about where to go next. Seriously, I'll be heading north to see Florida Beer Company's new brewery next week and am already figuring out where I can stop on the way back! Very handy book!

If I can make one suggestion for the second edition, it would be to include some color photos of each brewery. I'm sure that those pictures were taken, but even if not, maybe a contest to have your photo included in the book would be fun. Heck, you can use mine for the handful I've been to locally!

Nice job, Gerard!
Posted by Beer Drinker Rob at 7:35 AM

Going to use your link and order one from Amazon.