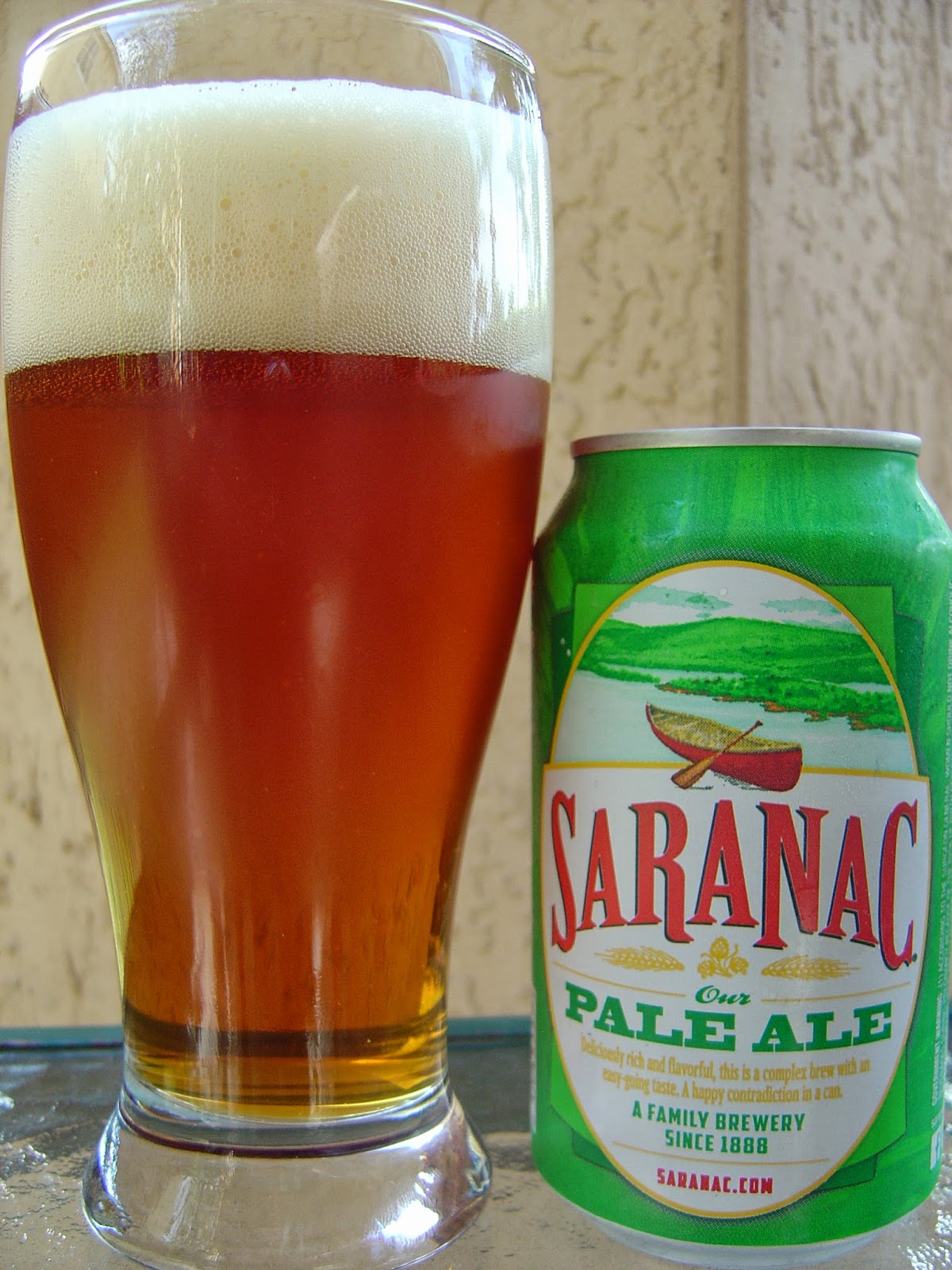 Matt Brewing Company in Utica, New York recently sent me their "CAN-DO" mixed 12 pack of cans. I decided to check out Saranac Our Pale Ale first, which was one of the three varieties contained in that box. The can shows a lake scene and I guess is suggesting you take that canoe for a spin. On the side, the brewery explains that this beer is now brewed with a new Hop Infusion Process, which maximizes hop-to-beer exposure. This beer recently won gold in the first competition it entered after starting to use the new technique. 5.5% alcohol. 32 IBU.

Orange citrus, honey and an herbal aroma. Sweet caramel and honey follow through to the flavors. Though there is a decent floral and citrus hop balance, I was surprised that this never really reached bitter. I guess those British hops just aren't that bitter, not even "Bramling Cross hops, the sharpest English hop available" according to Master Brewer Jim Kuhr.

Good body. Herbal and on the sweet side as I already mentioned. Clean finish with some light dryness. Could have used some more IBUs though. Enjoyable. Check it out. 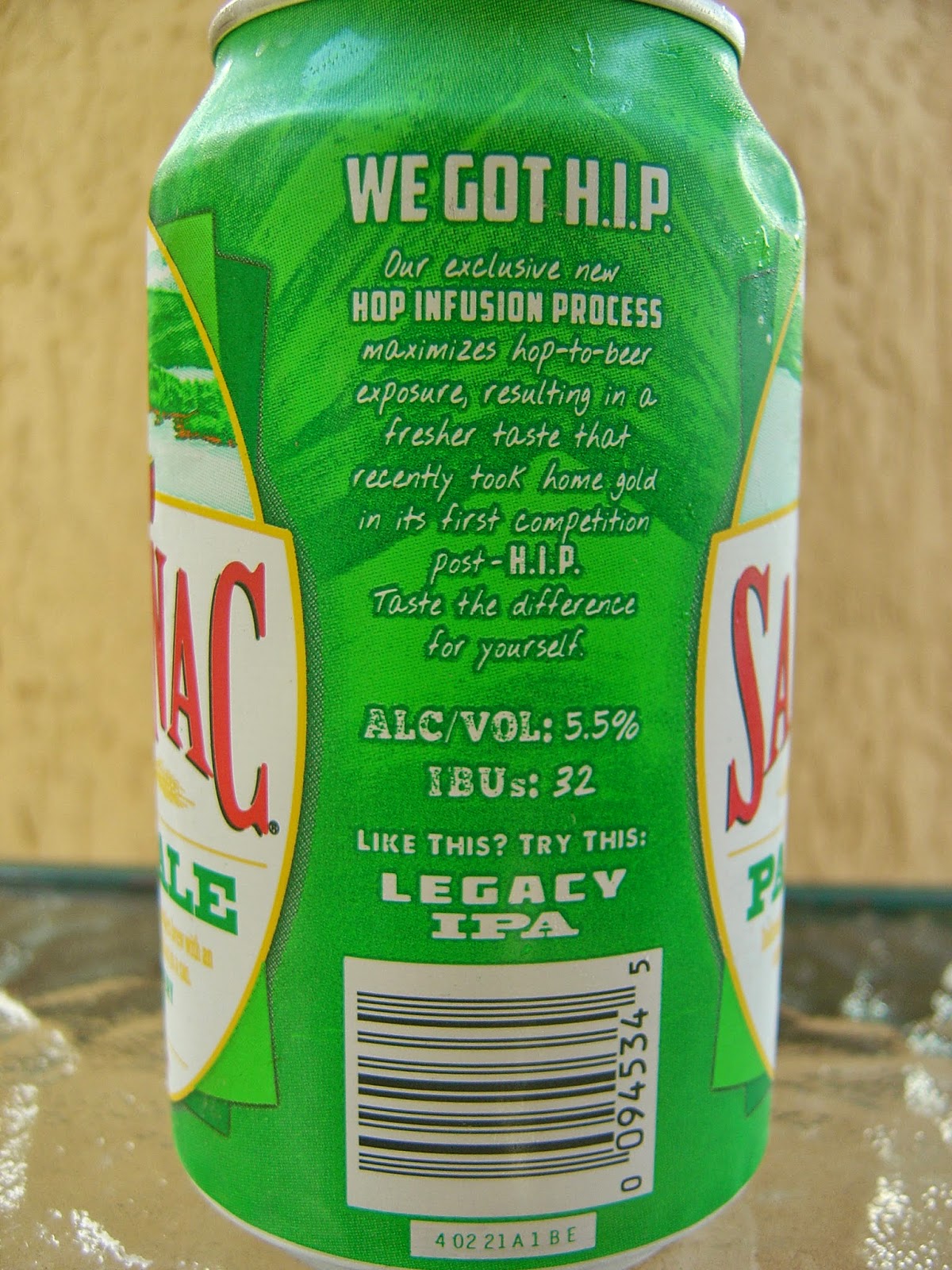