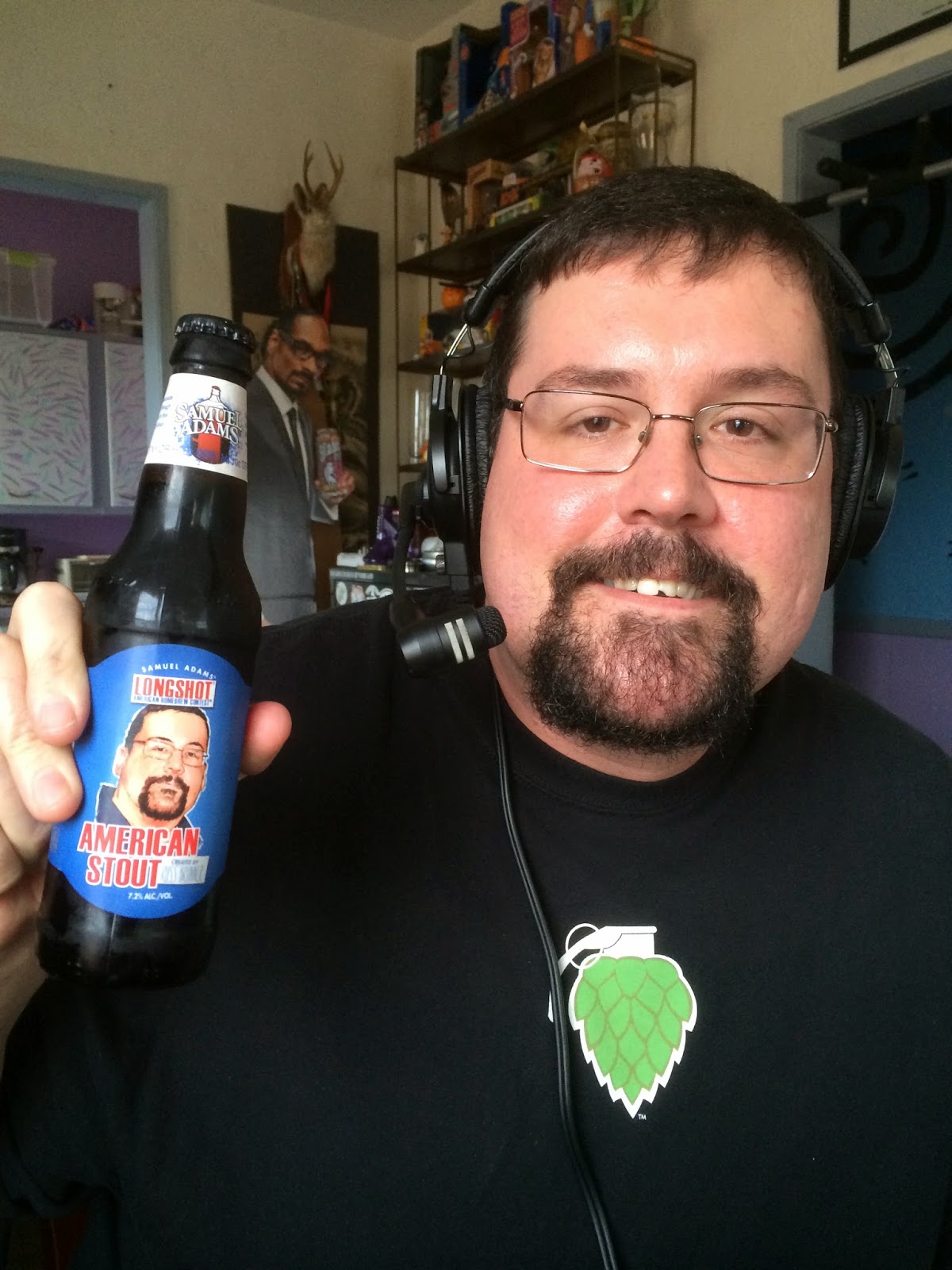 Last night I got the call. Yep, the call to join the gang on By The Glass Show! In this episode, we were joined in studio by 2013 Samuel Adams Longshot winner Russ Brunner. This is the competition where finalists are flown to the Great American Beer Festival to find their fate, and the winners are then given the opportunity to brew the beer with Boston Beer. Oh, and they get their portrait on the label!

Russ is only in his fourth year of brewing, but explained that when he gets involved with a project, it's jumping in wholeheartedly and seeing how far he can take it. Formerly a Miller Lite guy, a glass of St. Bernardus Abt 12 at Brother Tuckers was the motivating force behind his new home brewing passion. Those Belgians! 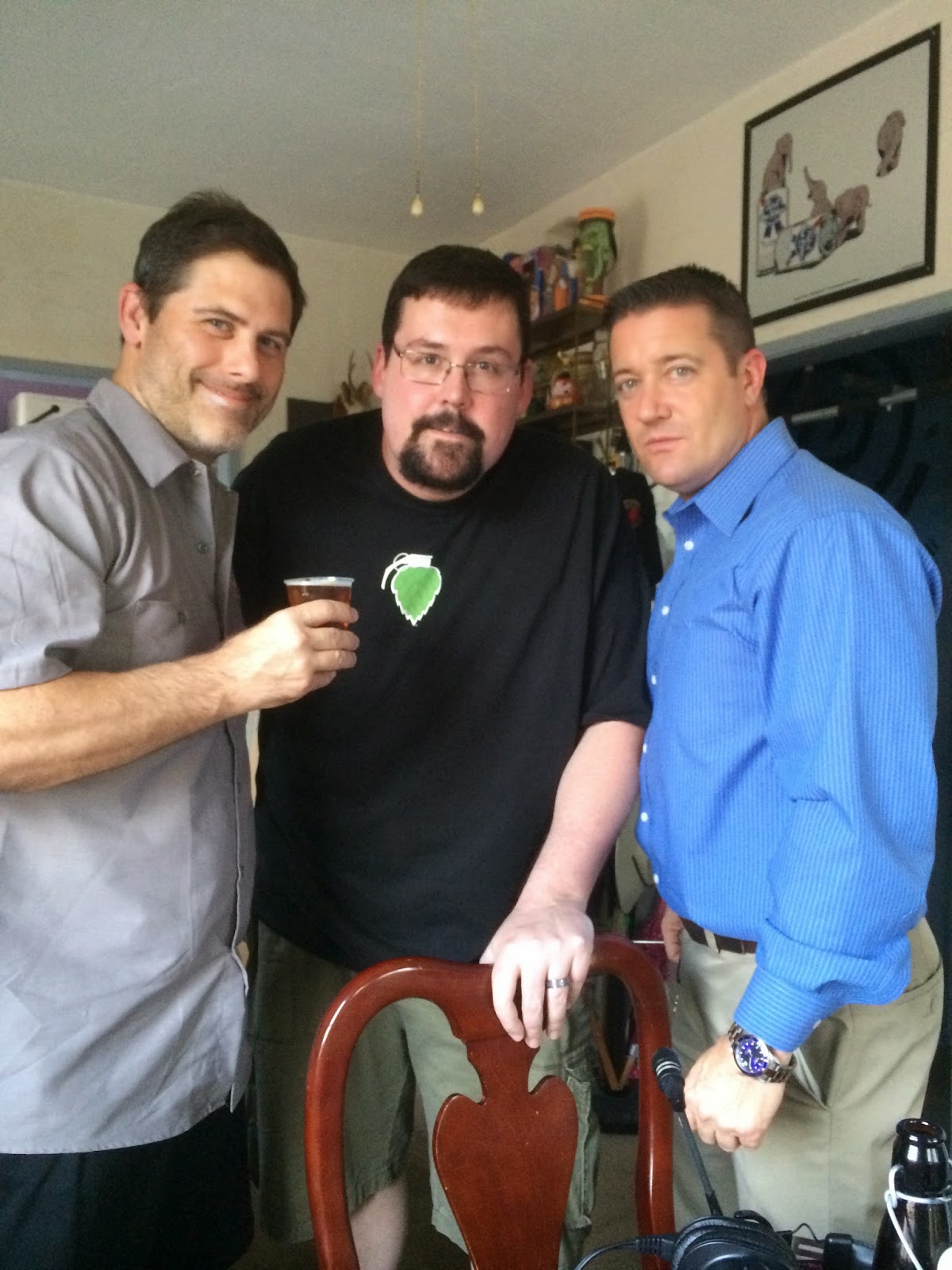 Before tasting his American Stout winning beer, we were able to sample five other beers Russ brewed in his Tamarac "brewery". Brett just passed the written portion of the Cicerone exam so he was on fire with the knowledge and stories behind all the styles of beer we tried. 80 Schilling Scotch Ale, Chocolate Bourbon Mild, Porter, IPA and Belgian Strong Dark. Russ admitted he could probably use some help in the beer-naming department. Sounds like an internship opportunity to me!

Russ's beers were all terrific--clean, clear, great flavors and textures, totally professional. He explained that the key to his success is tracking ingredients, knowing the process, and keeping the yeast as happy as possible throughout the brewing of each beer. Jennifer Glanville, Director of Brewery Programs with Boston Beer Company, called in from a Bruins game to chat with us. She noted that when Russ turned in his recipe to the brewery, they had no questions. Everything was perfectly documented. 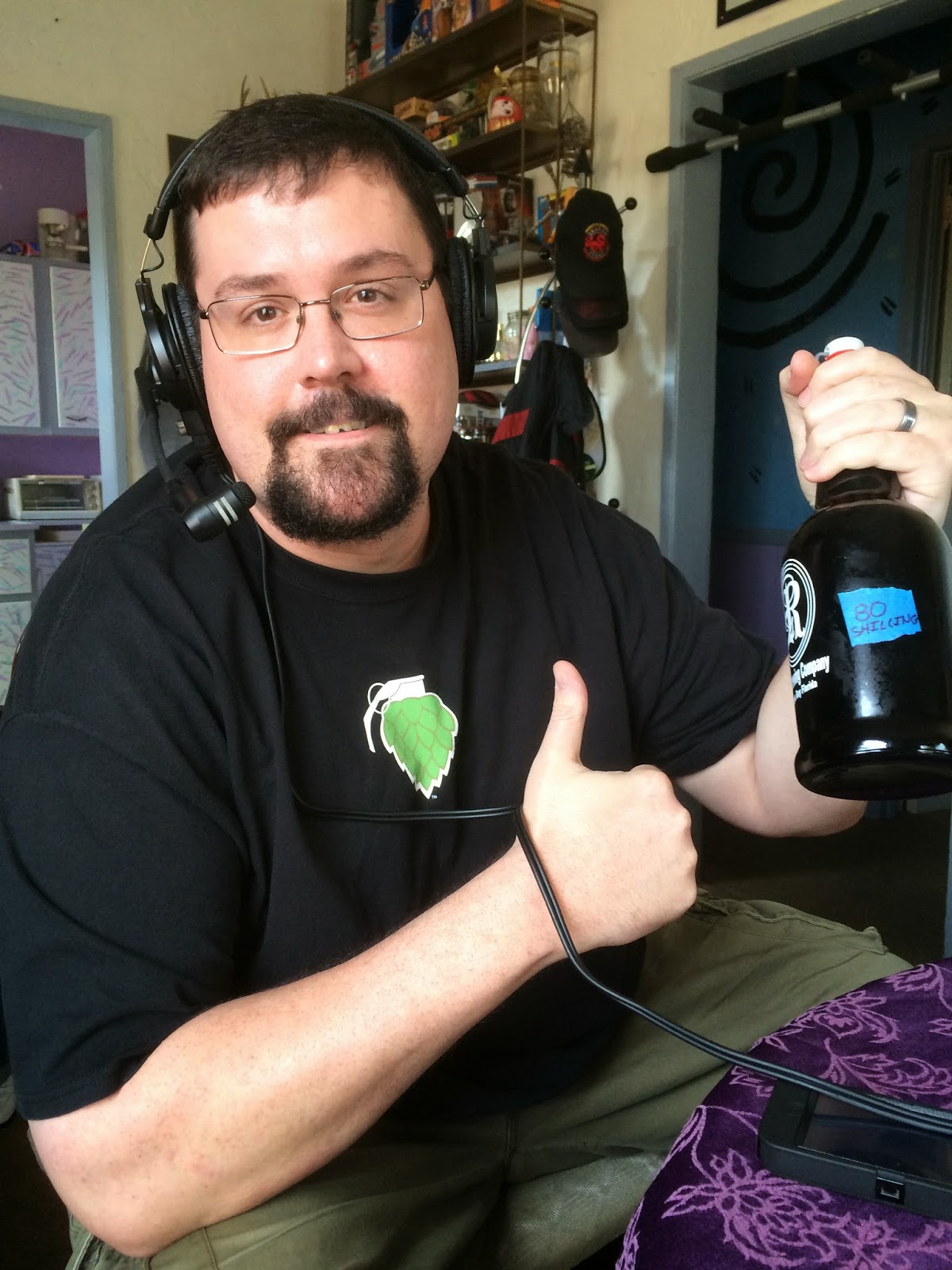 In addition to Russ's homebrews, we also tried fellow LongShot winner Teresa Bury's Pineapple IPA and the production version of his winning American Stout. My favorite beer of the evening though was his 7.5% IPA brewed with Citra and Amarillo hops. Very fruity, lots of tropical mango in the nose and flavors, grapefruit, hoppy but not bitter, absolutely delicious. I made sure that there was none left in the growler before he left!

So what's next for Russ? Besides brewing a variety of beers including a few fruit beers that turned out "pretty spectacular," he's trying to figure out how to turn this into a full time profession right now. The feedback from tastings has been very positive. He's just trying to find the right fit, though he did mention something about a seven barrel tasting pub. Hmmm. You can see where Russ will be having tastings and basically keep in touch with what he's doing over on his Brunner Brewing Facebook page. We'll be watching!