This week is American Craft Beer Week, and Total Wine decided to try something new as their signature event this year! Yep, they arranged to have Cigar City's Brewmaster Wayne Wambles give a virtual tour and host a tasting via Skype. And not just for one store. Every store in Florida with a classroom (15 of 22 stores) had a feed of the presentation. Though I call the Pembroke Pines store my home base, I decided to join Ed Roberts in his Plantation store as he was playing host and running the live Q&A session with Wayne following the brewery tour!

#CigarCityLive as it was called started with an hour-long taped tour of each part of the brewery. In the presentation, Wayne led us to different areas of the brewery, from the tasting room to the brewhouses to the laboratory. In each place, we stopped to sample a different Cigar City beer. Also during the video, each (mostly sold out) Total Wine classroom was encouraged during this hour to submit questions for Wayne to answer afterward.

We started with Jai Alai IPA and worked our way through Maduro Brown Ale, Florida Cracker Belgian-style White Ale, Hotter Than Helles Lager and Invasion Pale Ale. Along the trip, Wayne told some history of the brewery, described some of his beers, and even got into some super technical lab details. It was an interesting way to see every part of the brewery.

Wayne talked about hand filling, bottling and capping every bottle in the earliest days of packaging their first beers. He recalled Big Sound Scotch Ale in 2009 as the first and a "body covered in bruises" following those days. We heard about each new piece of purchased equipment that helped the brewery grow and become more efficient. And we saw a new bottling line they just installed.

The Question and Answer period took place over a sample of Invasion Pale Ale. We learned that Wayne became a homebrewer in the early 1990s simply because there were no good beers on the shelf in his small town in Alabama. After only a few years, he was already brewmaster of a small brewpub, with pale ales and IPAs his go-to style. Asked for particular inspirations, he mentioned Sierra Nevada, Harpoon IPA and Sun Valley IPA specifically.

That led to a question about producing more beer in their Humidor Series. Wayne explained that obtaining the Cedar wood they use is getting harder and harder, though they are trying. Other questions ranged from why they chose to can over bottle to how we craft beer drinkers can get involved with the recent legislative issues that took place in Florida. Wayne said, "Vote, and don't vote for people that vote against craft beer!" I'll have to find a list of those people online. After the Q&A ended with Wayne, Ed introduced two more beers brewed by Cigar City. We tried Rollin Dirty Irish Red Ale and Are Wheat There Yet, two beers contracted for Brew Bus, a company that takes groups from brewery to brewery and serves beers along the way too! Our final bonus beer varied from store to store, but the Plantation store got to try Jurata (Yoo-rah-tuh), a Baltic Porter brewed in collaboration with Coronado Brewing in San Diego (the beer was brewed at Coronado). It was a great choice to finish off the night, as Wayne told us that they try to do collaborations frequently and it's "one of [his] favorite things to do."

The event was a hit! Well organized, informative, and of course it didn't hurt that we were drinking beer from one of the most popular breweries in the country. One day I'll make it to Tampa, but as local Cigar City representative Phil Palmisano teased from his chair in the Boynton Beach store, "This is your dream tour, you don't have to leave your county!" Well played! I look forward to the next virtual event. Whoever thought of this idea deserves a raise! 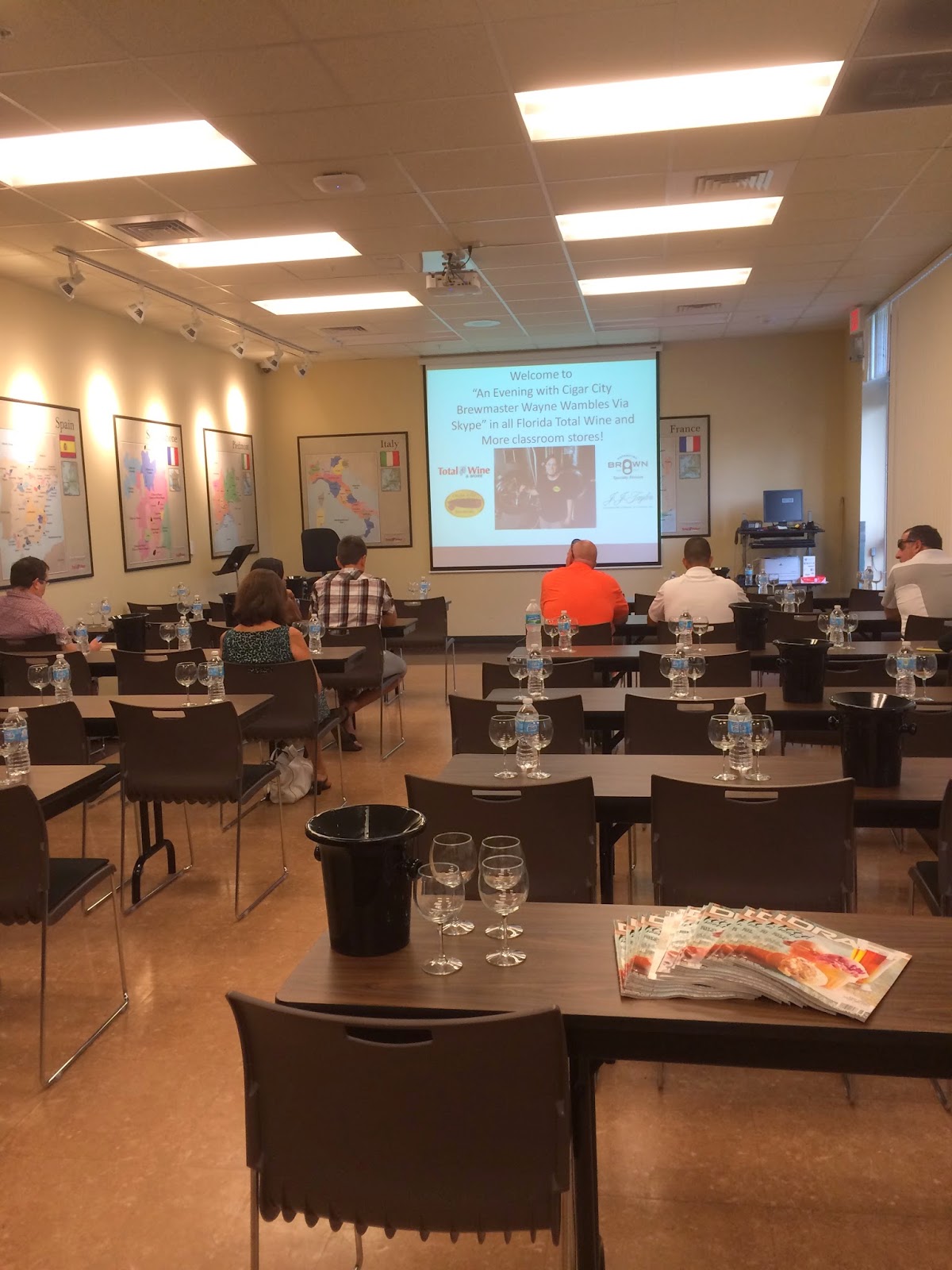 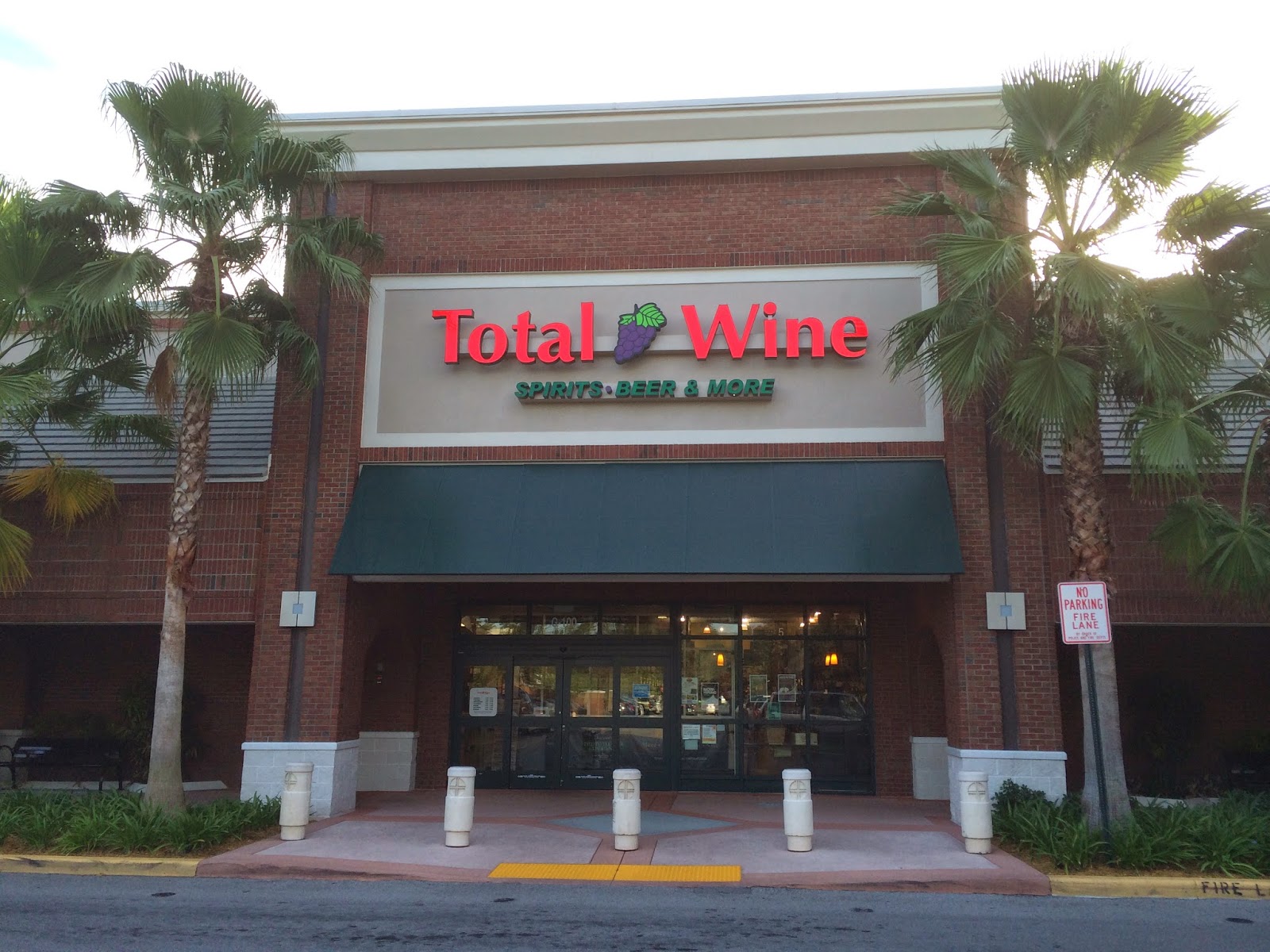