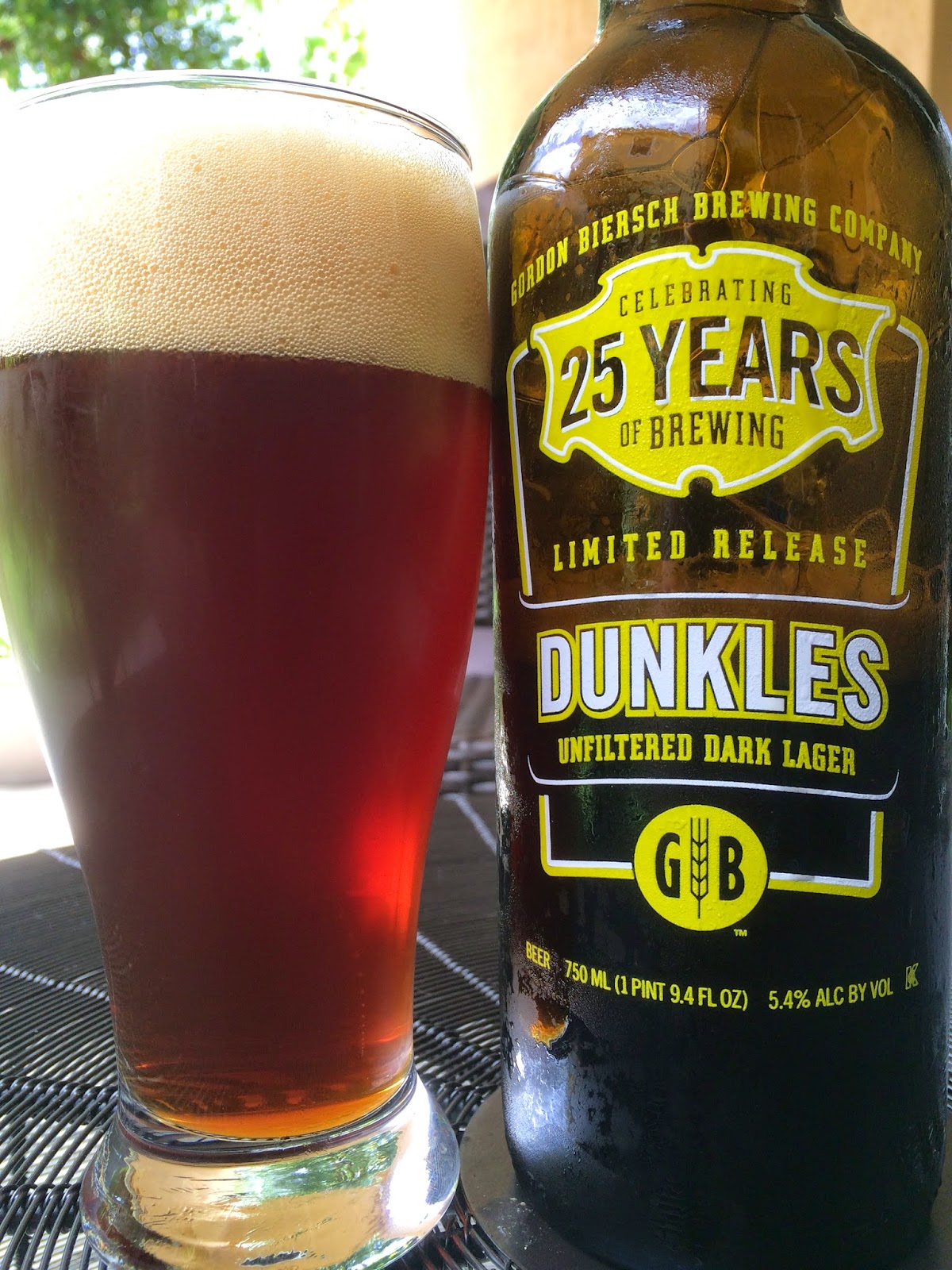 I was recently asked if I'd like to check out Dunkles, an unfiltered dark lager brewed by Gordon Biersch. Dunkles was the only beer on tap on opening day in July, 1988 at the company's first restaurant in Palo Alto, California. To celebrate its 25th Anniversary, Dunkles is making its bottling debut in swing top wine bottles. I first heard about Gordon Biersch back around 2004 on a business trip to Atlanta. As I was leaving a meeting at Coca-Cola headquarters, they suggested I check out the Gordon Biersch restaurant nearby. I've had many pints since! 5.4% alcohol.

Inviting aroma of sweet caramel, raisins and some ripe banana. Rich caramel malty flavors are dominant throughout though you will taste some dark fruit character as well. Light toast is also there. And that's about it for flavors--this is a very simple beer. The sweet aroma is not realized in the flavor profile as the hoppy balance is more than adequate, even making the beer lean bitter toward the finish. Nice carbonation. Enjoyable. I easily finished the entire wine bottle! 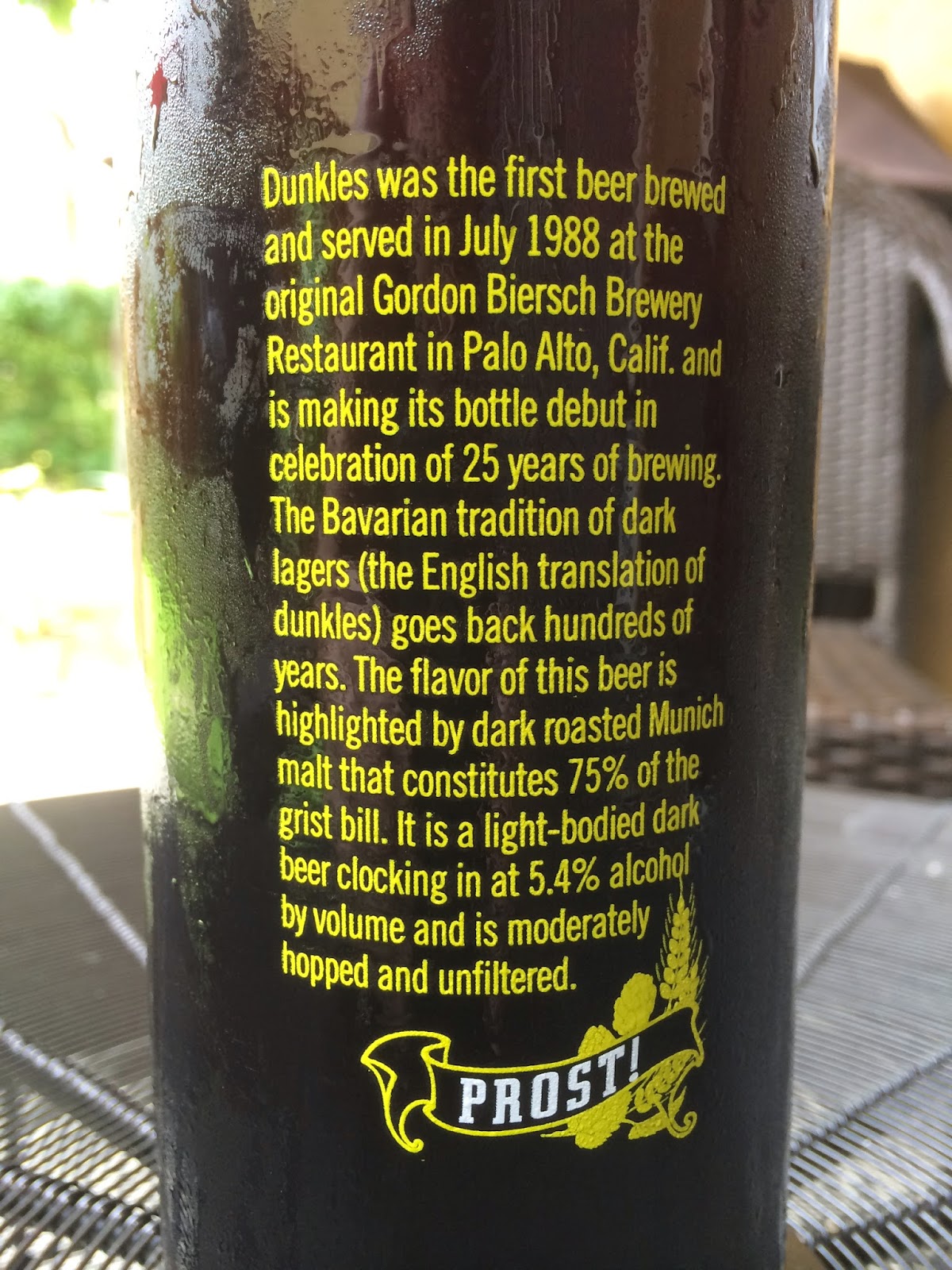