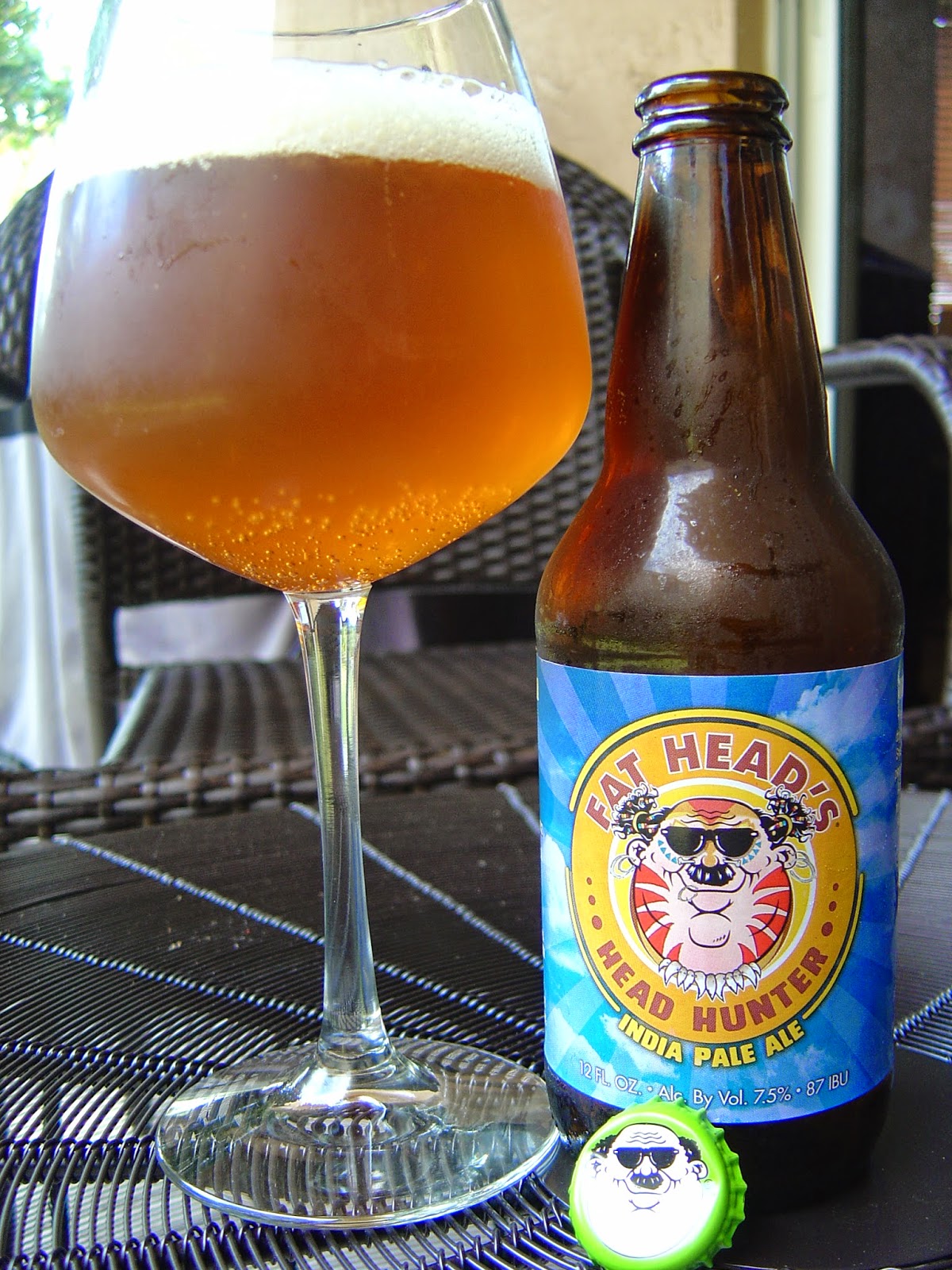 After that Wayne Wambles brewery tour at Total Wine a few weeks ago, a few of my fellow classmates decided to take a tour of the beer aisles. One guy from the tour was raving about Fat Head's Head Hunter India Pale Ale, which caused an immediate sell-out. Fortunately, my regular Pembroke Pines store always has what I need. So I grabbed a bottle a few days later. Bottled 3/26/14.

The label depicts a "fat head head hunter," a modern looking guy that decided to keep some stereotypical features. The bone in his nose, ear and lip rings, and beaded and pig-tailed hair are just the beginning! This beer won some pretty impressive awards: 2012 Silver at the World Beer Cup, 2010 Silver at GABF and 2011 Bronze at GABF, all in the American-style IPA category. 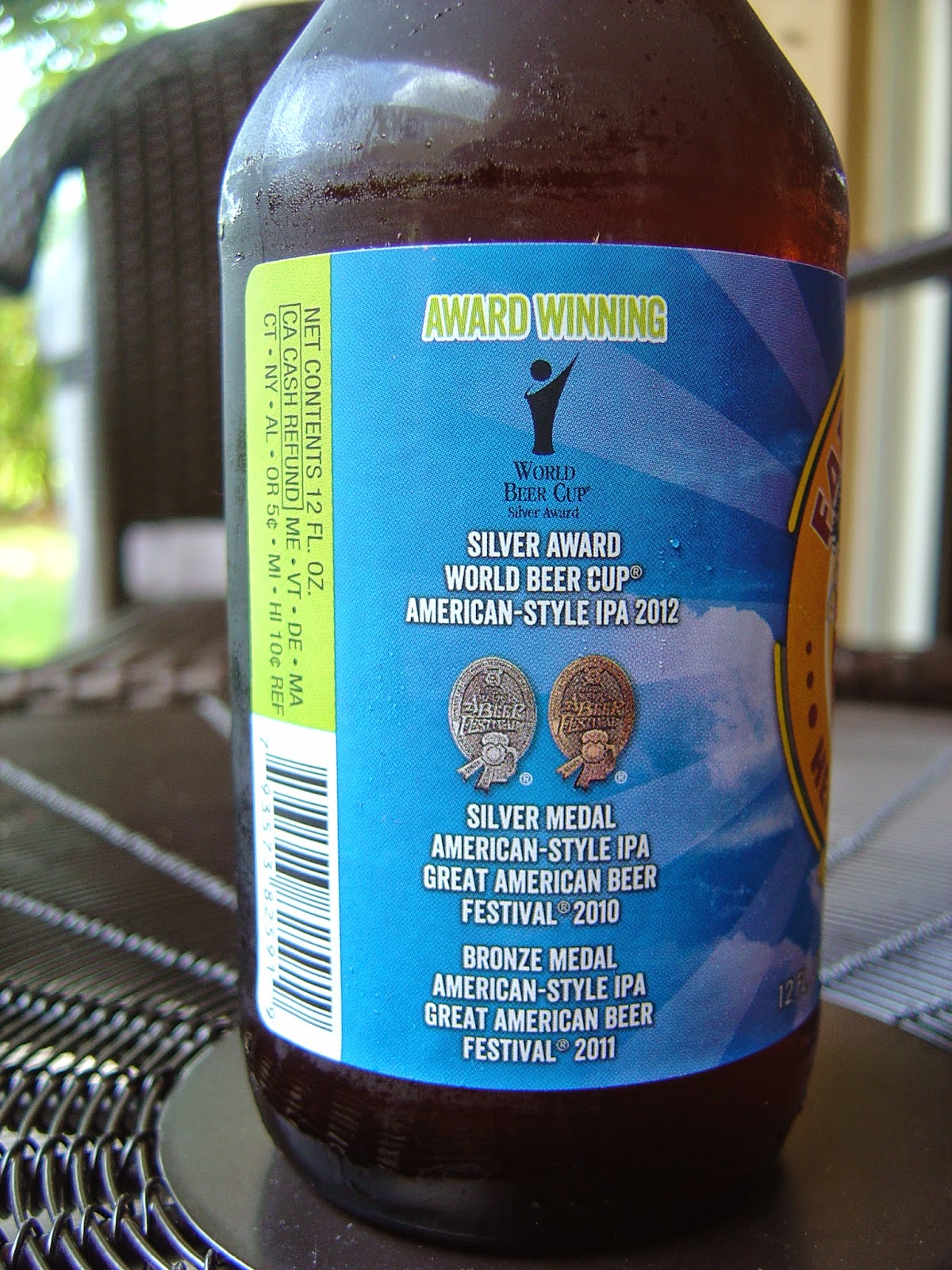 The other side of the label tells the "Uncivilized & Aggressive" story. Basically it's a little story to prep you and finishes with "Chill Out Man, Have A Beer!" Brewed in Middleburg Heights, Ohio. 87 IBU. 7.5% alcohol.

I poured it into a "fat head" wine glass. Beautiful tropical pineapple and tangerine aroma. Wow, holy pungent hop flavors right off the bat, really green! There is much less of that tropical character in the flavor profile. Instead this is all about that dank bud. Grapefruit, orange, lots of citrus. Also spicy. And there is a pine crescendo right at the finish. There is just a tiny bit, just enough, of malty sweetness in the background to add a hint of balance, but make no mistake this is an aggressively bitter beer! Personally, I liked it. Check it out! 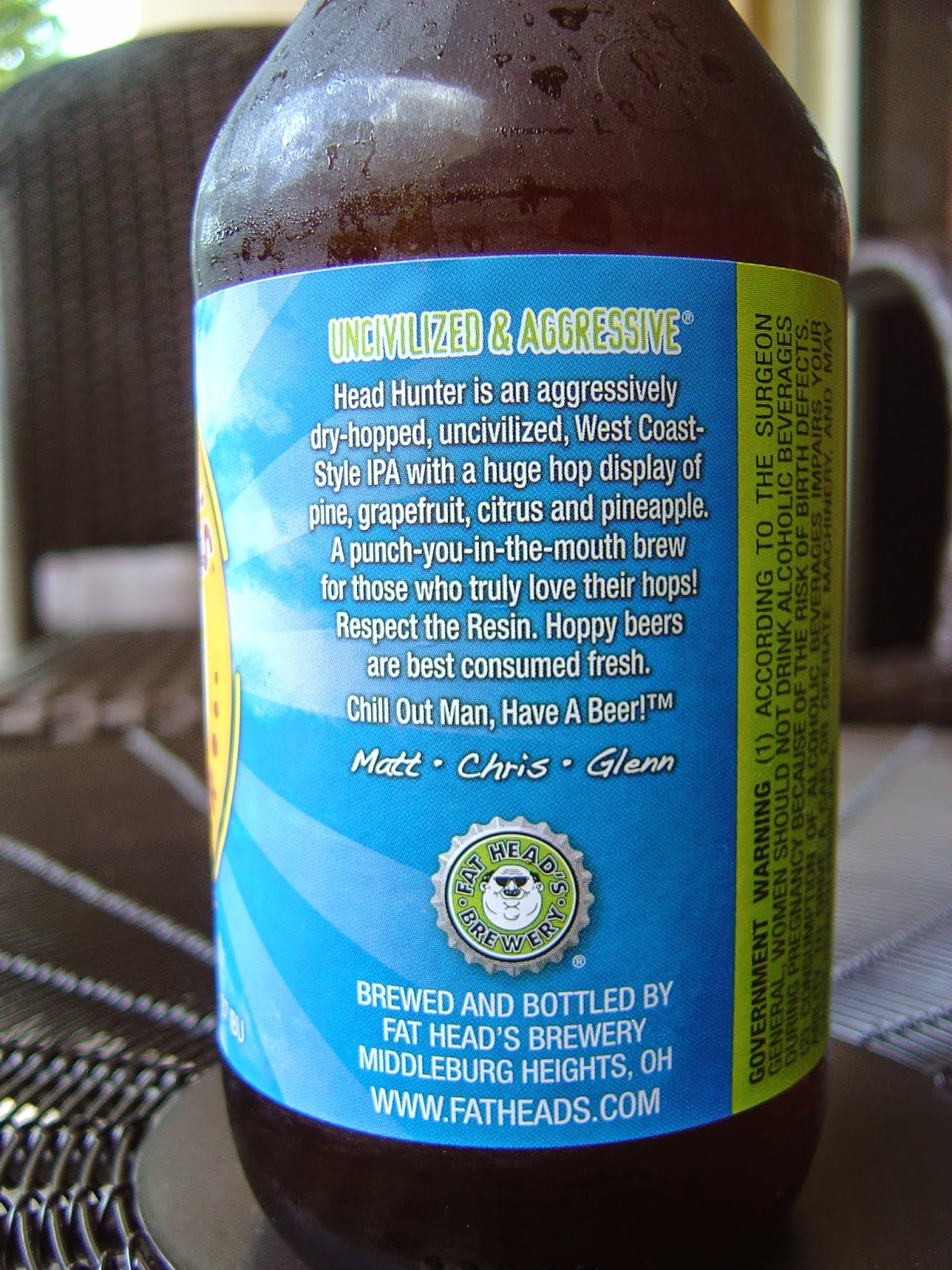