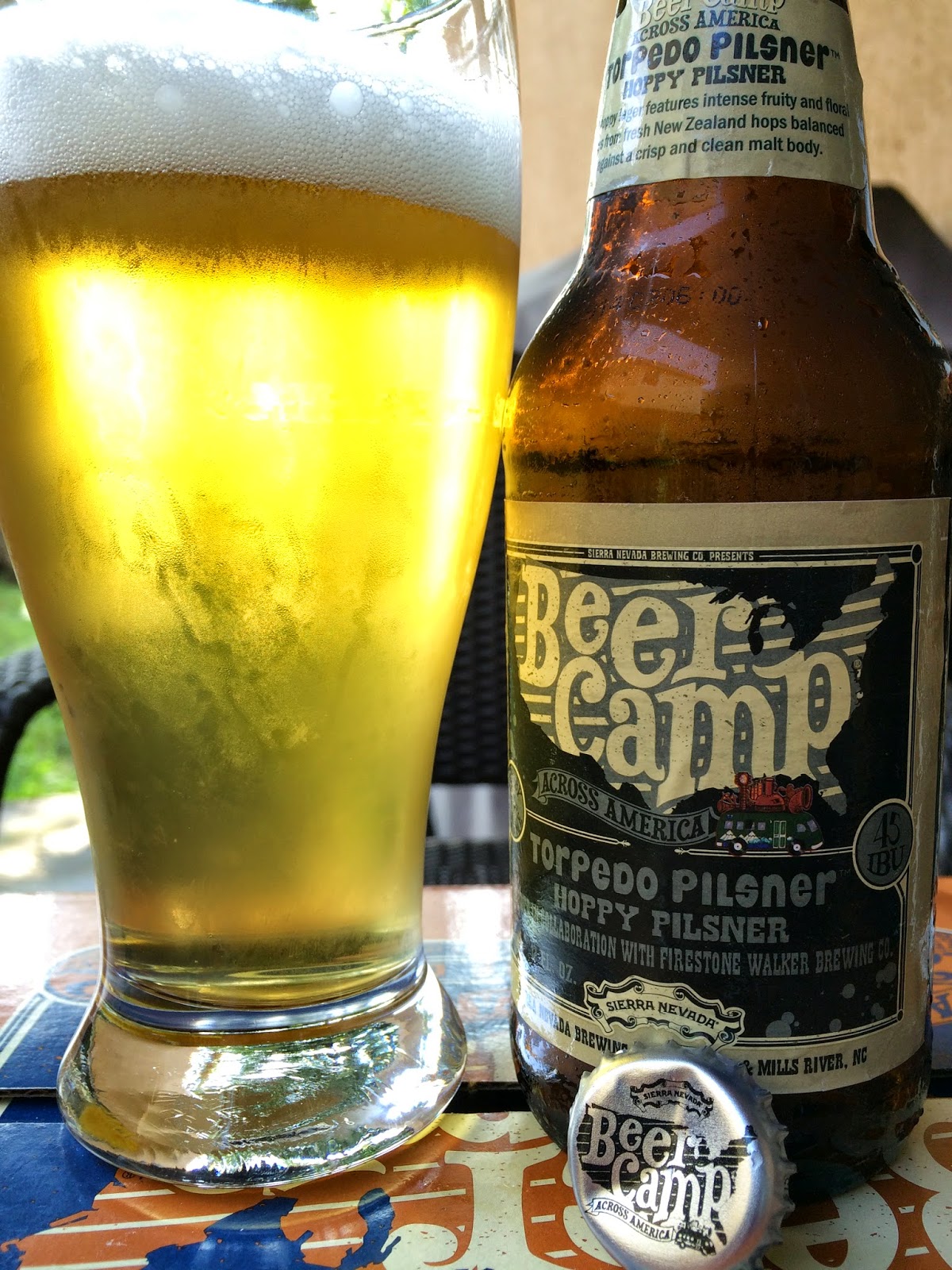 After checking out Chico King Pale Ale yesterday, I decided on the second beer of four I didn't try on last week's By The Glass Show. That show, of course, featured Sierra Nevada's Beer Camp Across America tour and mixed beer 12 pack. I do promise you will hear about that show soon, too, as we tasted some fun beers and had two terrific call-in guests!

So I chose Torpedo Pilsner, a "hoppy pilsner" brewed in collaboration with Firestone Walker Brewing. This beer project focused on creating a pilsner with a twist, the addition New Zealand hop varietals. And of course Sierra Nevada used their famous Hop Torpedo (remember they even have their own beer with that name) while brewing this. Packaged 05/29/2014. 5.2% alcohol. 45 IBU. 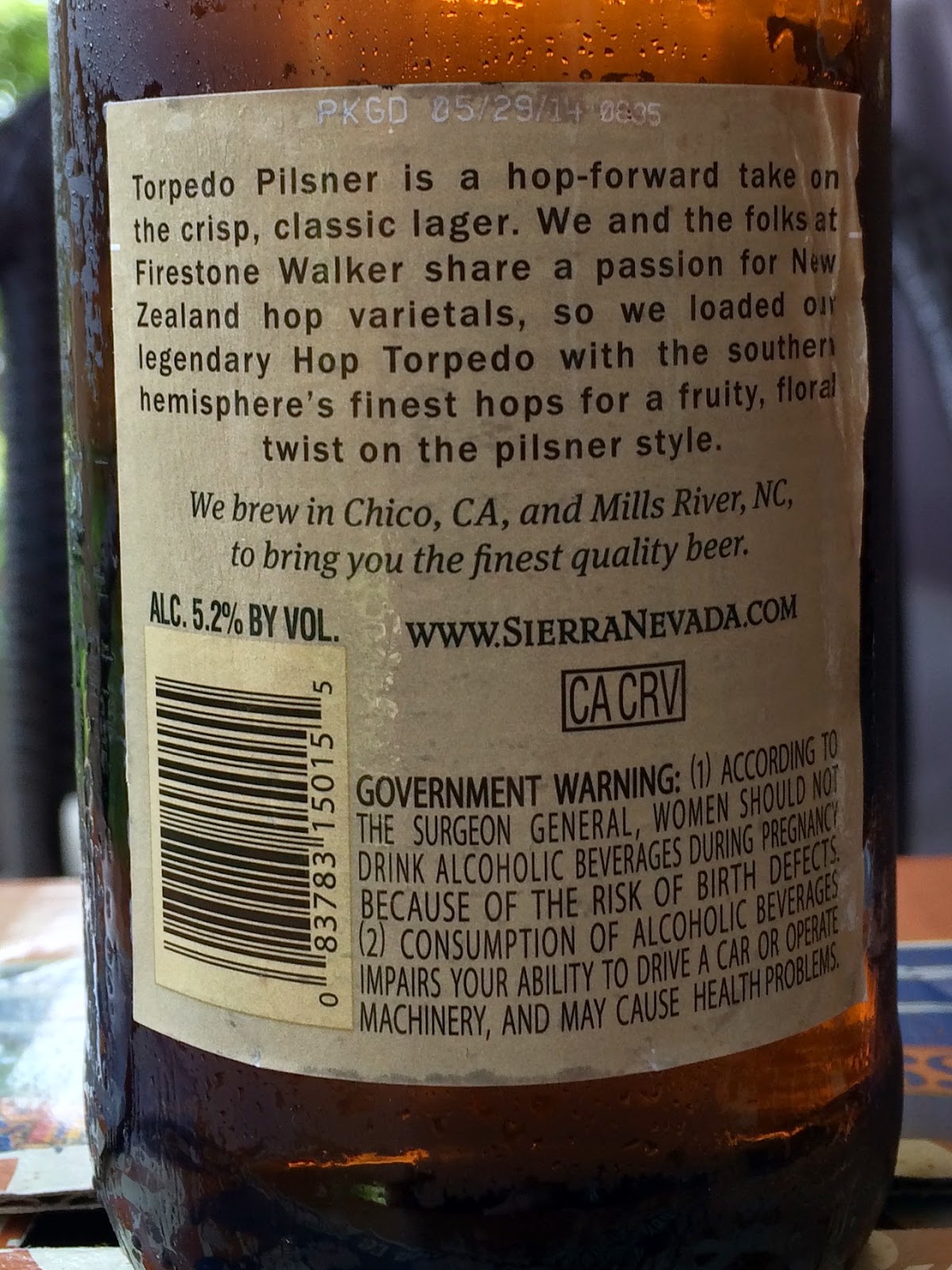 Bright lemony aroma with hints of fruity orange and grainy sweetness. That grainy sweetness carries over into the flavor profile immediately, though it does give way to a strong grassy bitterness. After a few sips, some sweet orange pops in and out. The finish is very dry, while the bitterness lingers a long time, definitely earning the beer its "hoppy pilsner" moniker.

And this is damn refreshing, especially after the intense heat and buckets of sweat at that Miami Beach hotel's rooftop Pool Party I went to (and like an idiot, didn't go in the pool, despite having my bathing suit.) Not Bad. The End. 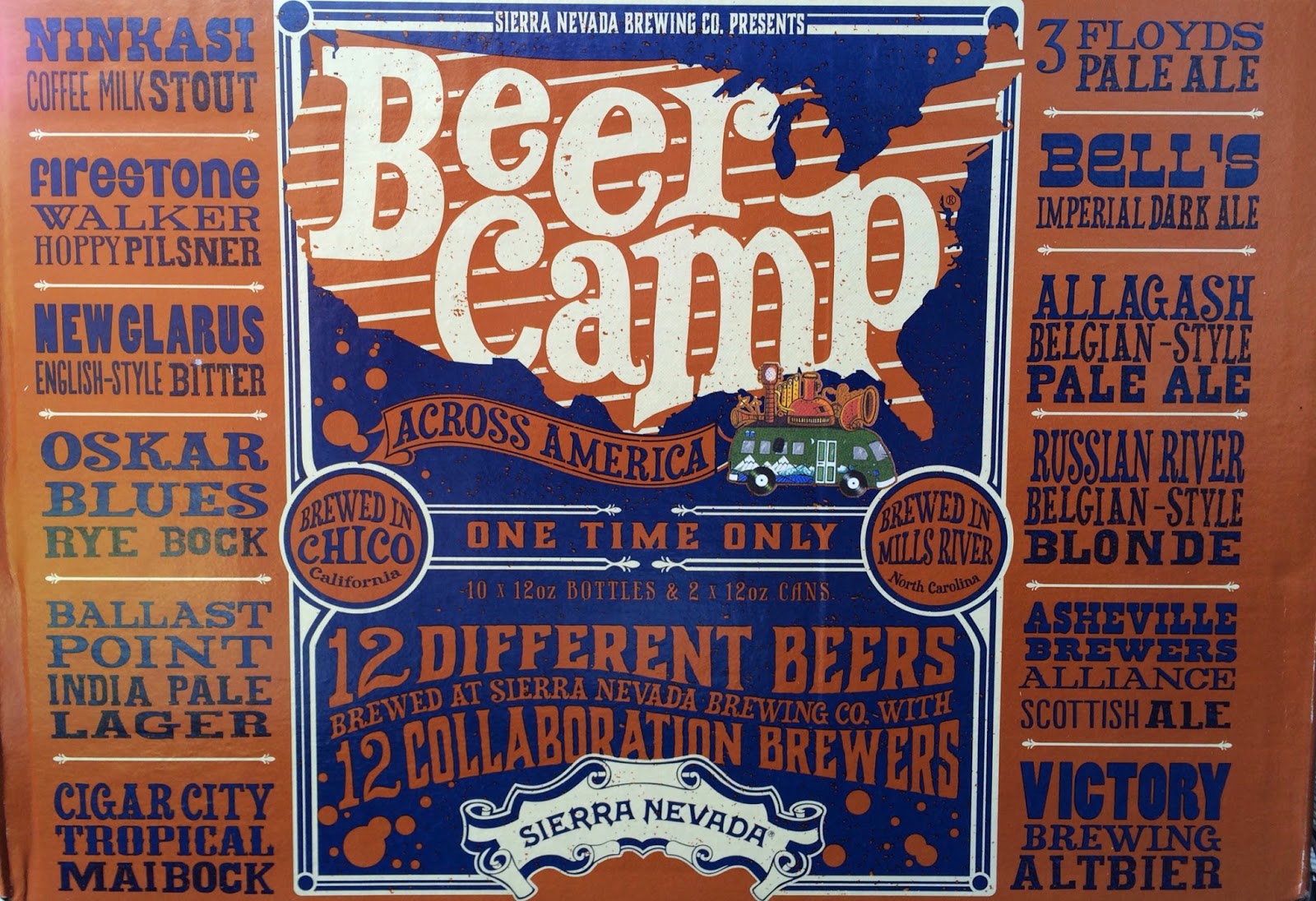