By The Glass Show: Sierra Nevada Beer Camp Across America 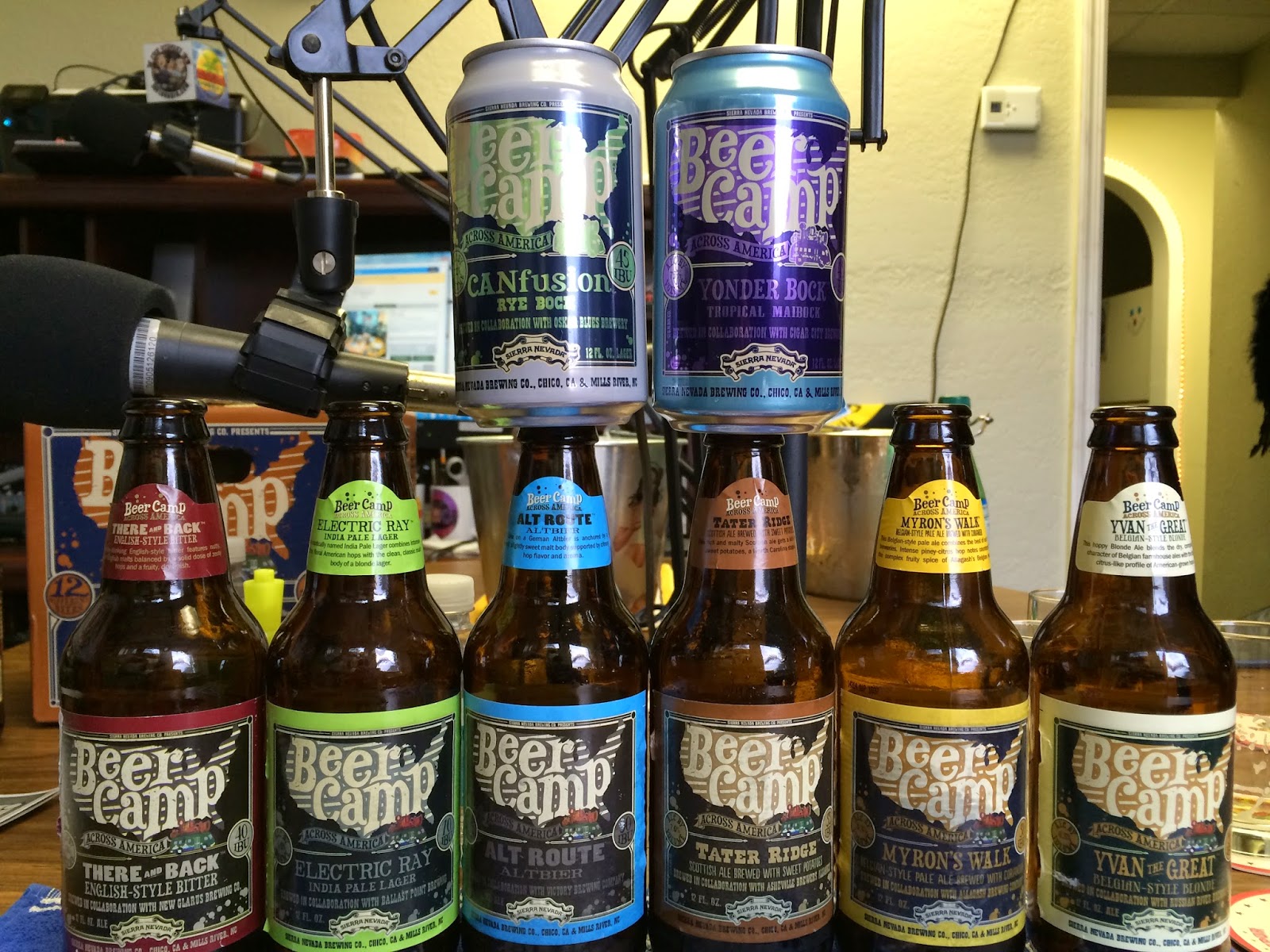 Last Thursday night, I tried 8/12 of Sierra Nevada's Beer Camp Across America mixed box on By The Glass Show! By mixed, they put 12 different beers in one box, each brewed by Sierra Nevada in collaboration with another kick-ass brewery. And the box even included 2 cans!

Before the show, host Brett Hubbard and I got the beers into a strategic order so we could smoothly move through eight in an hour. Oh, and we also needed to try to time the beers to go with two cool call-in guests (well, we were expecting two but had a pretty cool third one as well). And Dio produced the show that night while Jorge fights bighorn sheep and black bears while vacationing in Montana!

The first beer we tried was called Yvan the Great, a Belgian-style Blonde brewed in collaboration with Russian River Brewing. Nice tangerine, fruity, hoppy, some yeast, champagne like carbonation. Next up, There and Back English-style Bitter brewed with New Glarus Brewing. Brett and I were both pretty sure that was the first beer either of has drank which had any New Glarus fingerprints of any kind on it. Was lightly bitter, very simple drinker, which I'm pretty sure is the point. 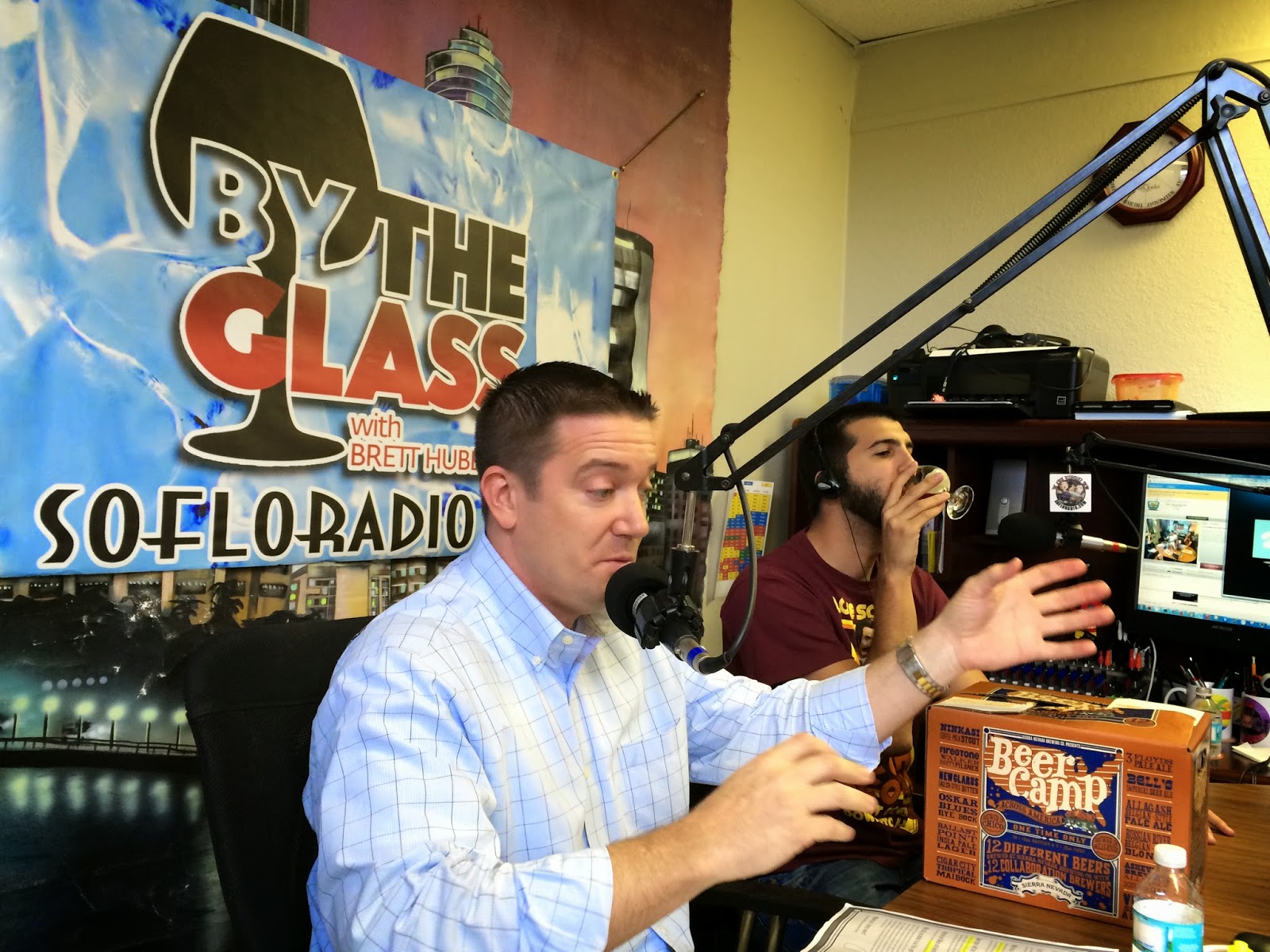 Just as we finished powering through those first two, Sierra Nevada's Communications Manager Ryan Arnold called in and delivered an awesome interview. As we cracked open the Cigar City collaboration, Yonder Bock Tropical Maibock, Ryan told us a little about the project and what they envisioned. Apparently these guys sent a bottle of beer  to every craft brewery in the country. The bottles doubled as an invitation to pour their beers during Sierra Nevada's seven-city traveling beer festival.

The response was huge, and you should see hundreds of breweries if you are able to attend any of the events which started yesterday 7/19: Chico, San Diego, Denver, Chicago, Portland (Maine), Philadelphia, Mills River, NC (home of their new brewery). During the same time, Sierra Nevada had the task of choosing 12 awesome breweries to work with on the brewing part of the project (that part seems like it would have been hard to decide).

Ryan said they tried to pick brewers that were a mix of their friends and other great regional breweries that represented a strong swath of America, with some being breweries that many beer drinkers never had the chance to experience any of their beers. We said that was New Glarus for us, but Ryan reminded us that as we drank the Cigar City beer, it was they who are new to much of the country. 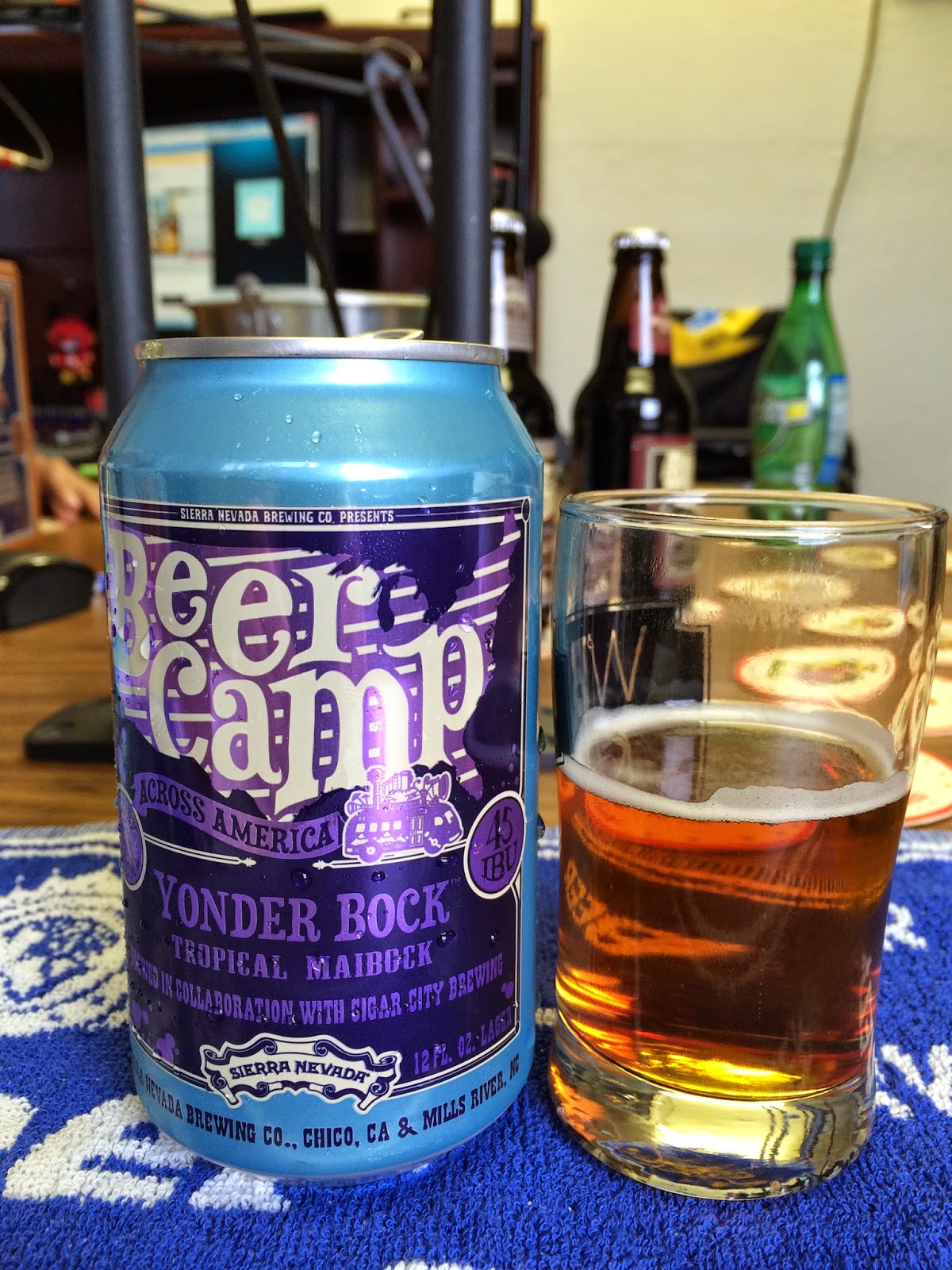 Ryan told us that Wayne Wambles and a small crew from Cigar City went to California with ideas and were basically given the keys to steer the ship (to mix many metaphors). Nice mango and guava and grain with a light bitterness--enjoyable beer all around. Before hanging up, we had already moved on to beer #4 Electric Ray IPL brewed with Ballast Point Brewing. Fruity, hoppy, good body with a clean finish. Also, where did they hide the 8.5% alcohol? Ryan told us they used their famous Torpedo making this beer and the collaboration was a lot of fun. Ryan was a great guest!

After a quick break, cut short by our second call in guest, we had to switch up our original planned order. That's because Oskar Blues' Head Brewer Tim Matthews was already on the line (my kind of guy, showing up a few minutes early). So duh, we cracked open the Canfusion Rye Bock they collaborated with on the Beer Camp project.

Tim started the interview by saying he's "livin' the dream" and that this collaboration "blew [his] mind". He sounded like an awesome person to hang out with, from a fun and knowledge perspective at the same time. Canfusion was spicy with rye, a little tropical, doughy, fruity. I liked it. If you are attending the events, Tim will be in Denver as well as the final show in Mills River. After telling us a little about the brewing process for the collaboration, Jason got Tim to speak about his favorite beer, "Mama's Little Yella Pils". Nice! 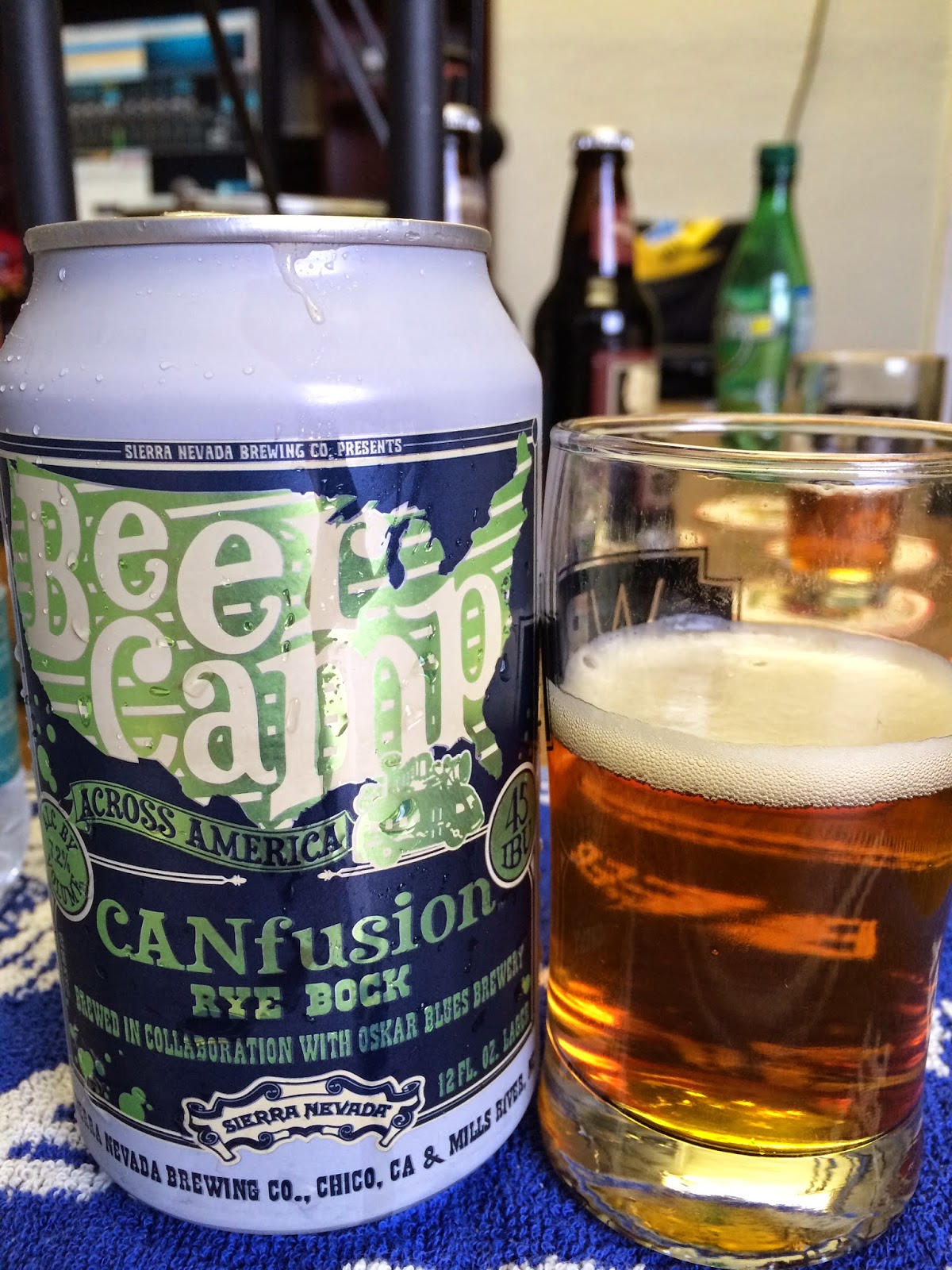 Three beers to go and 15 minutes on the clock, we opened Myron's Walk, a Belgian-style Pale Ale Brewed in collaboration with Allagash Brewing. Dry, nicely bitter, spicy. Victory Brewing's Ale Route Alt Beer was pretty nice, good maltiness. Around that time I jokingly threw out the call in number for comments/questions. Ed Roberts called in to say he didn't want to leave us hanging, which was nice of him.

Final beer of the night was Tater Ridge Scottish Ale brewed in collaboration with Asheville Brewers Alliance. By the way, all of these beers have stories on the backs of the bottles/cans that give some insight to each beer's flavors and name. Sweet, nice caramel flavors, smooth.

Dio wrapped up the show by stating that this was a "journey to styles" that he will use when he brings new friends to the craft beer world. He sounded like Socrates or something! Fun show! Great guests! Oh, and as for the other four beers we skipped, subscribe to my website here to hear more about those--there are a few rock stars involved with those! 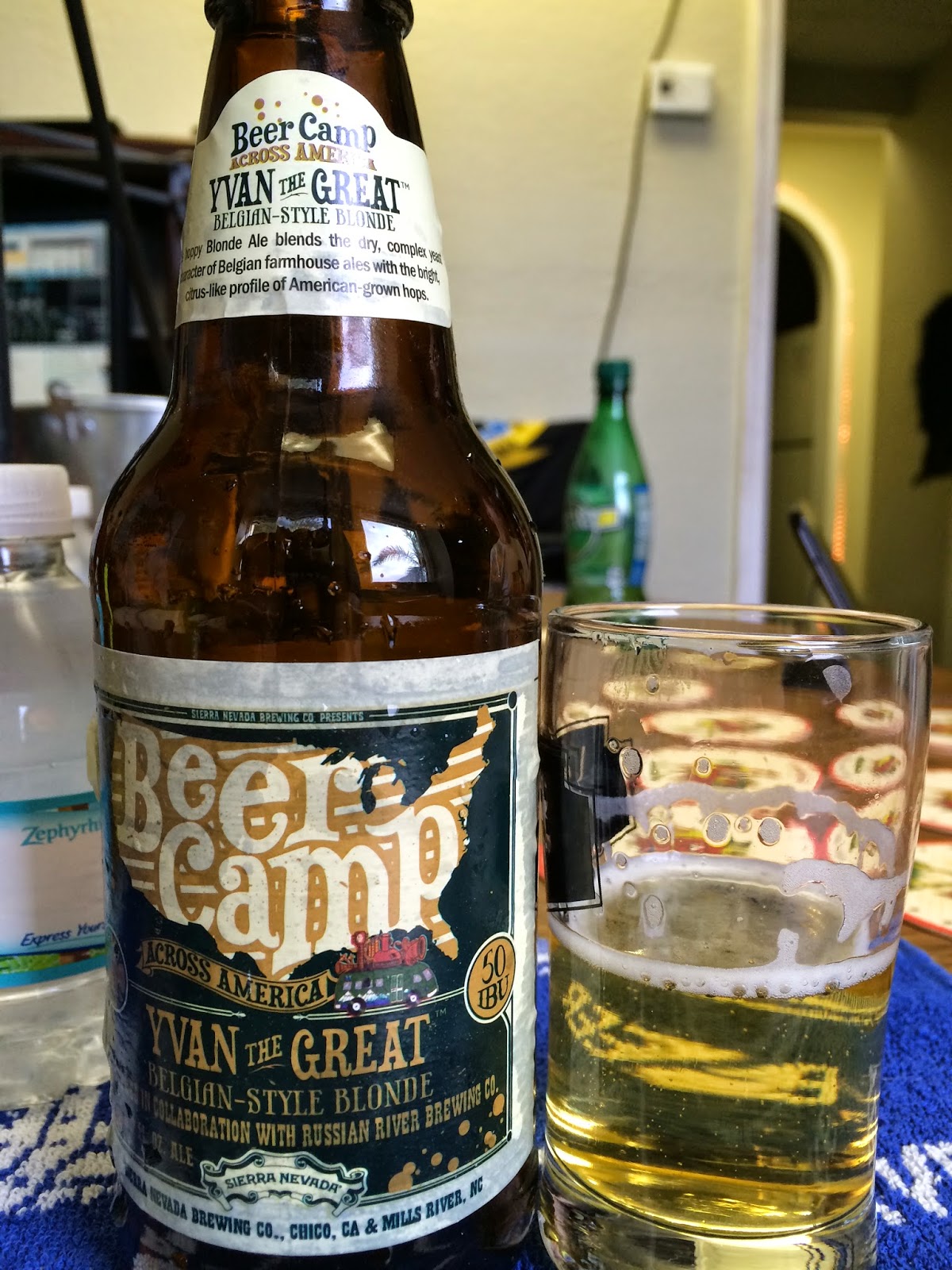 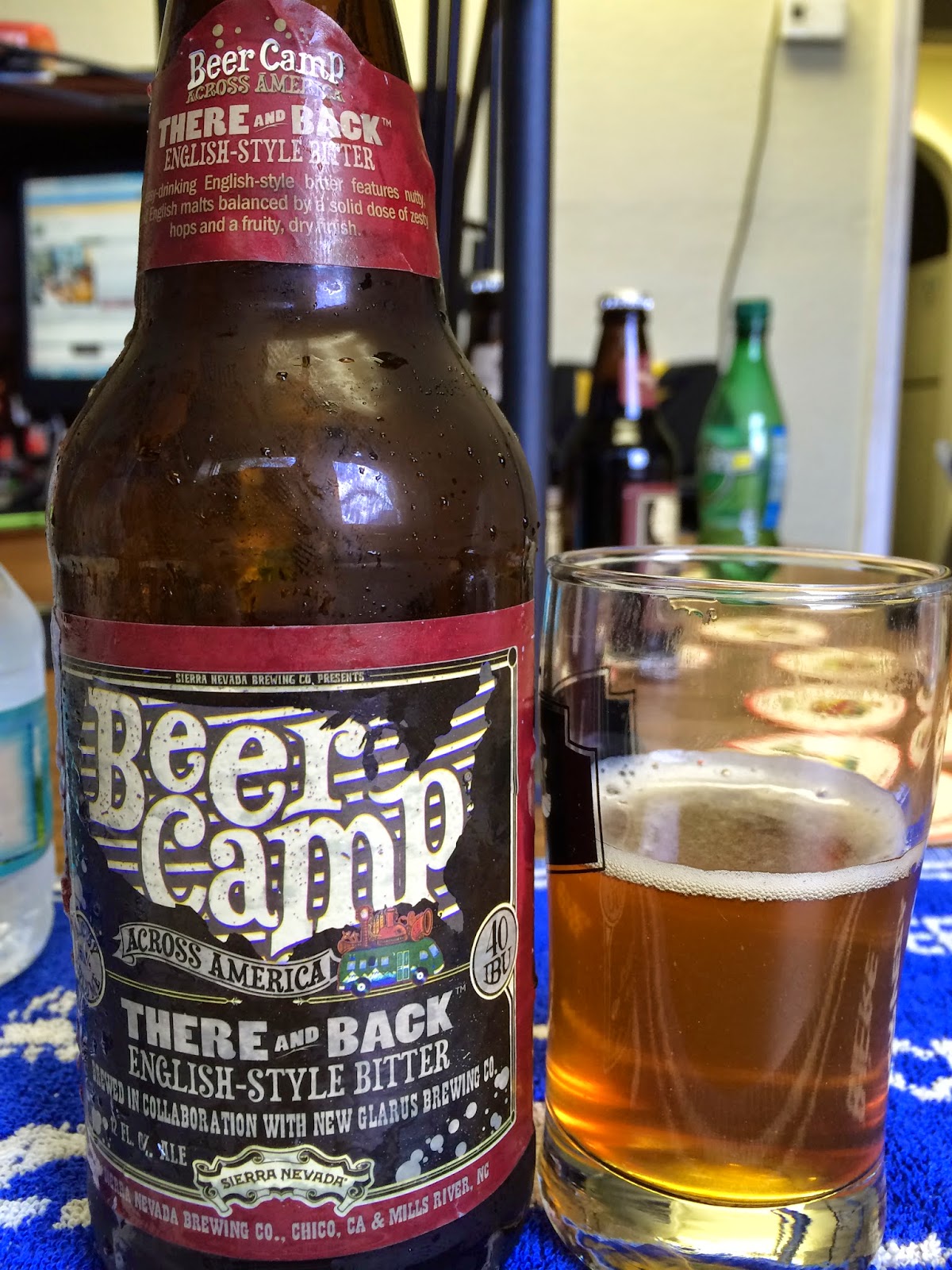 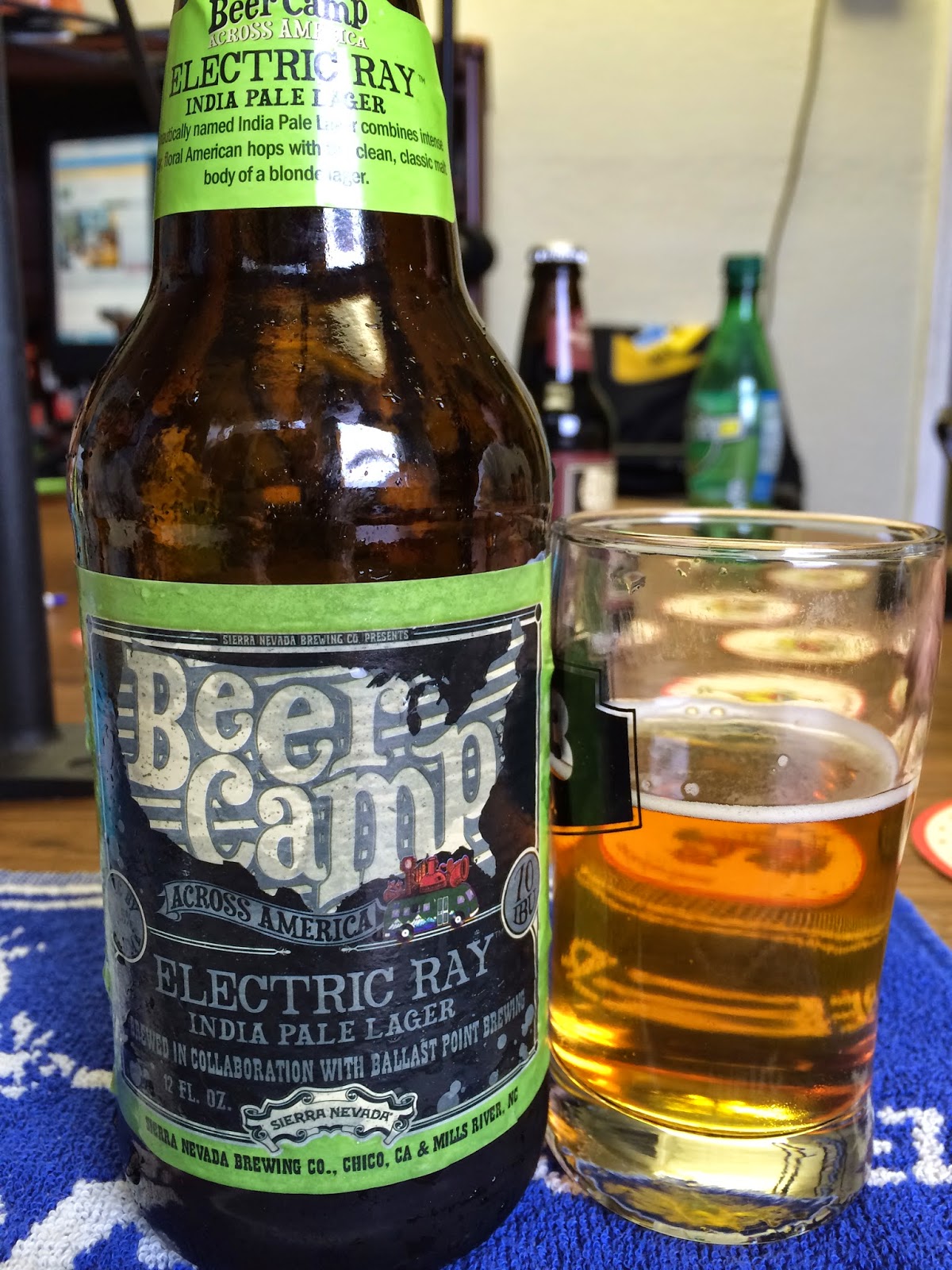 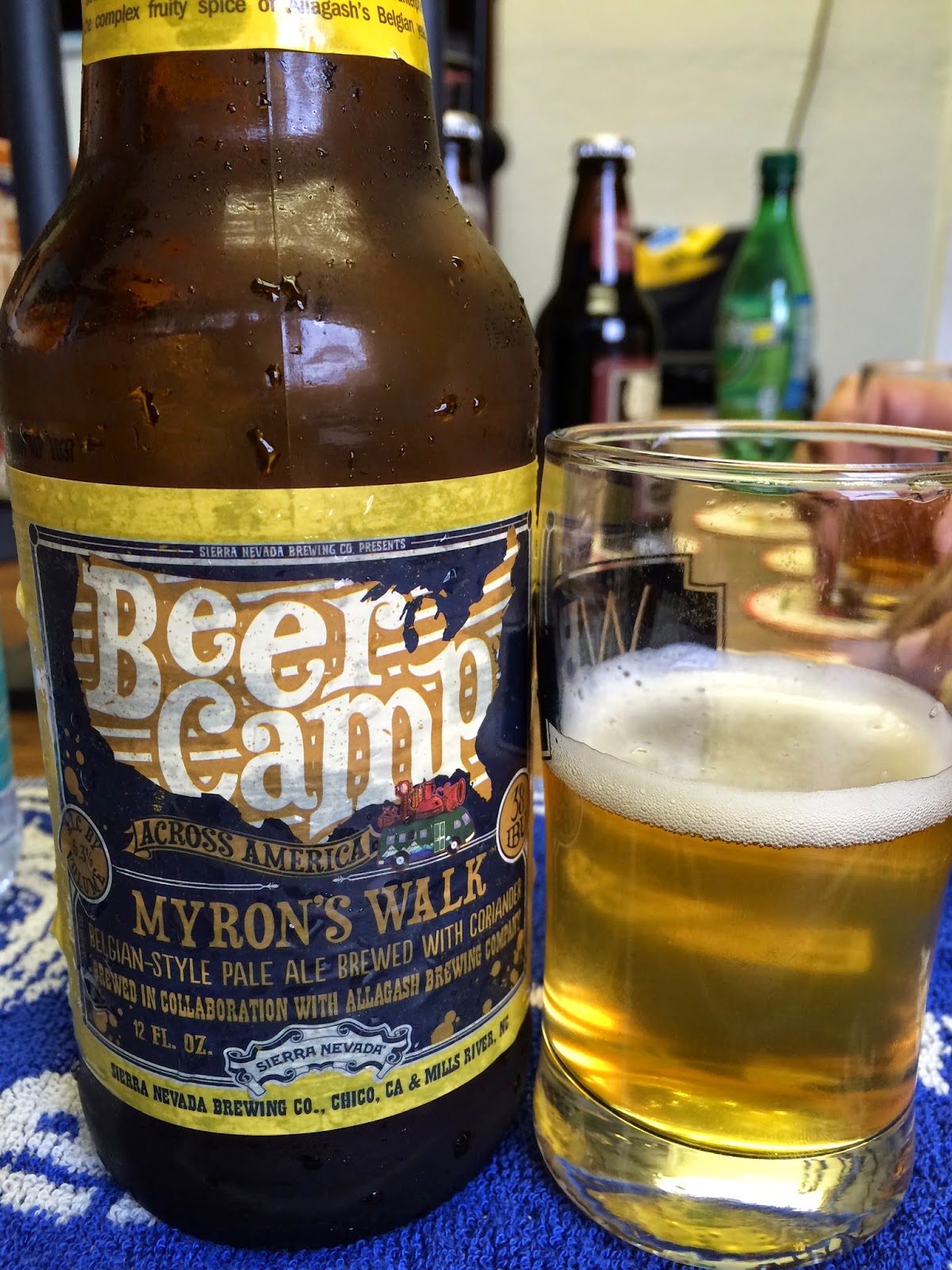 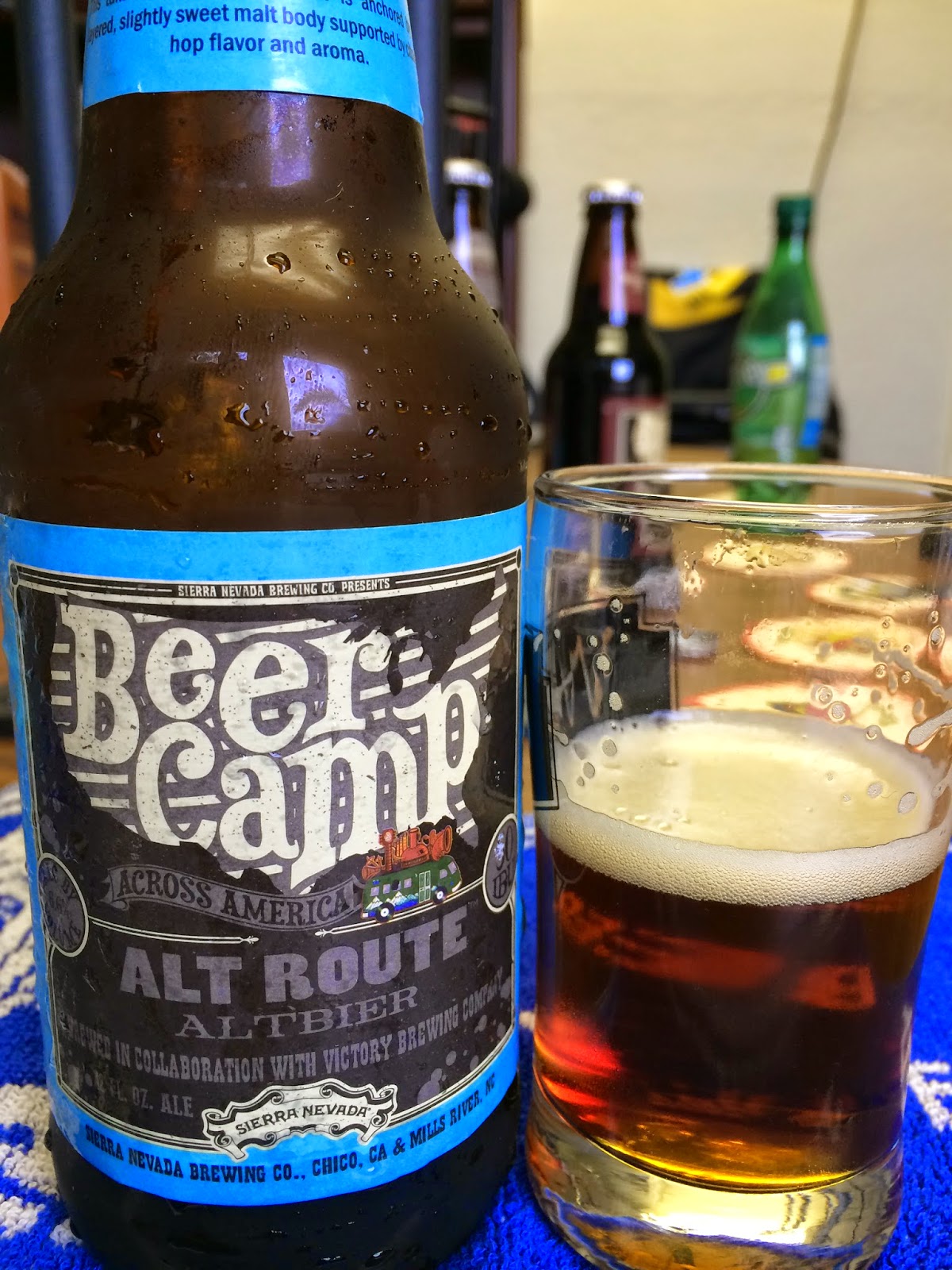 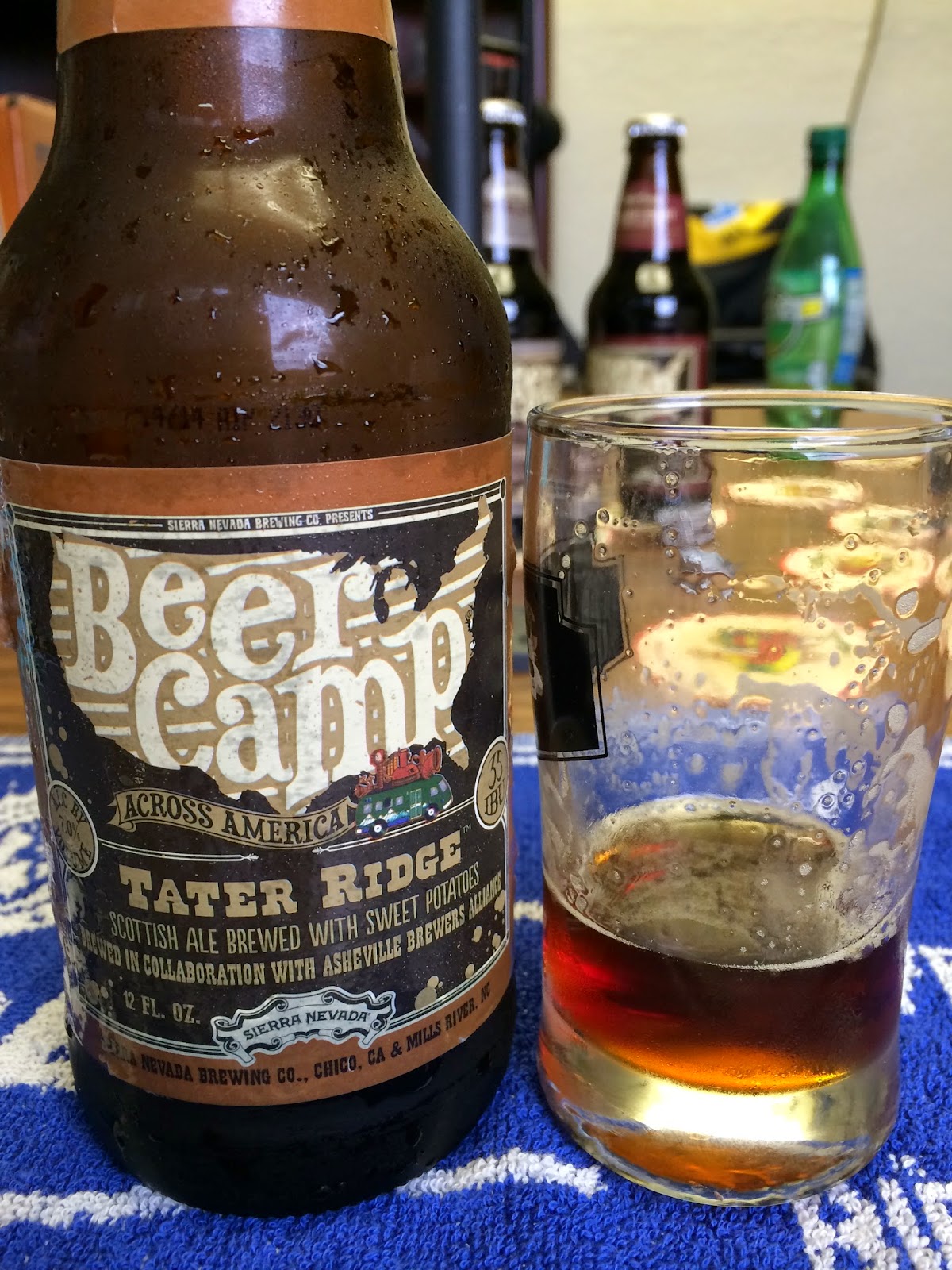 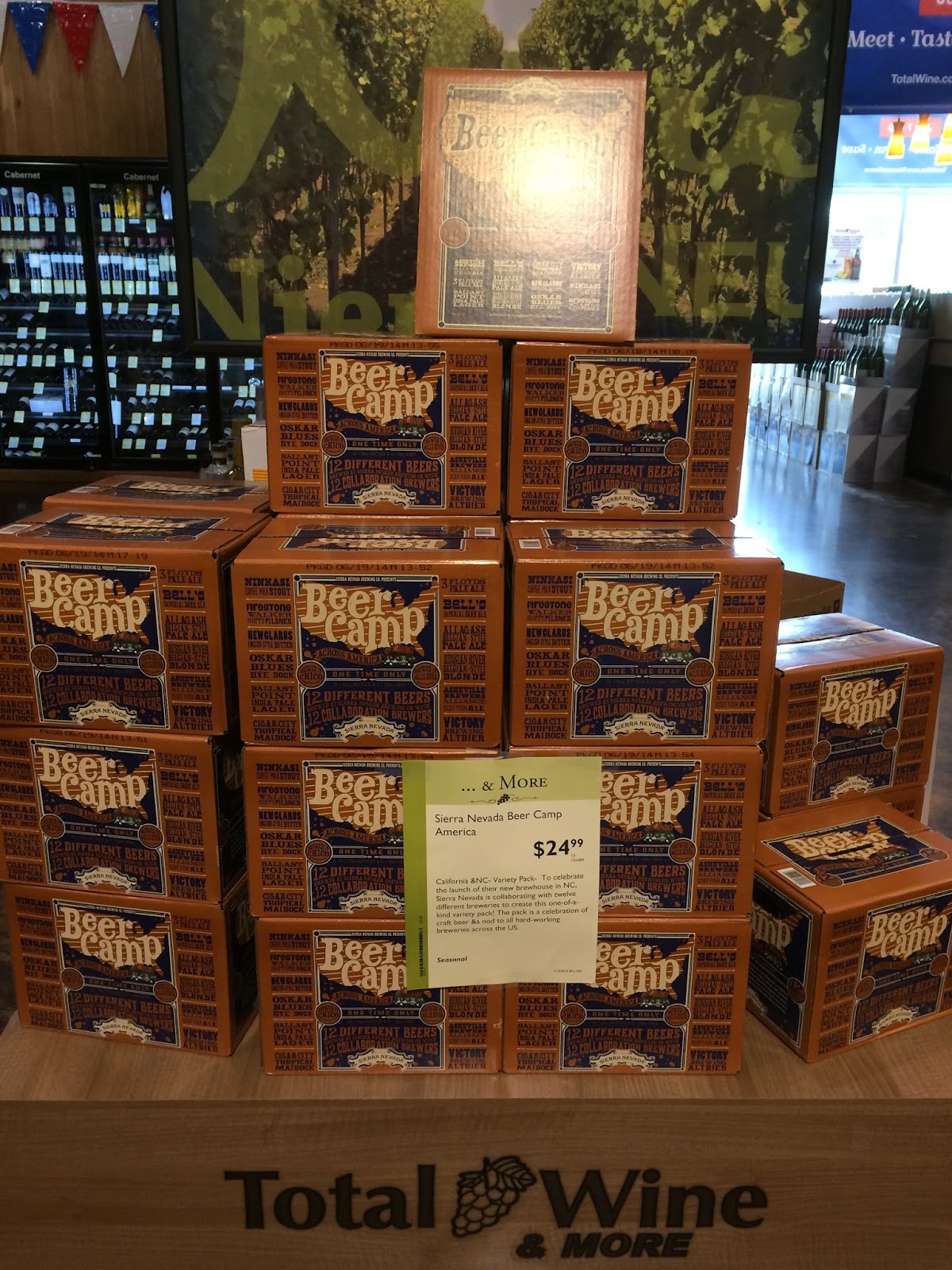 Last time I went to Total Wine in Palm Beach Garden, they were out of Beer Camp. I was starting to wonder if we had Beer Came in South Florida. Def going back tomorrow!

Did you get to try the Beer Camp pack eventually? Was pretty boring though there were a few gems.