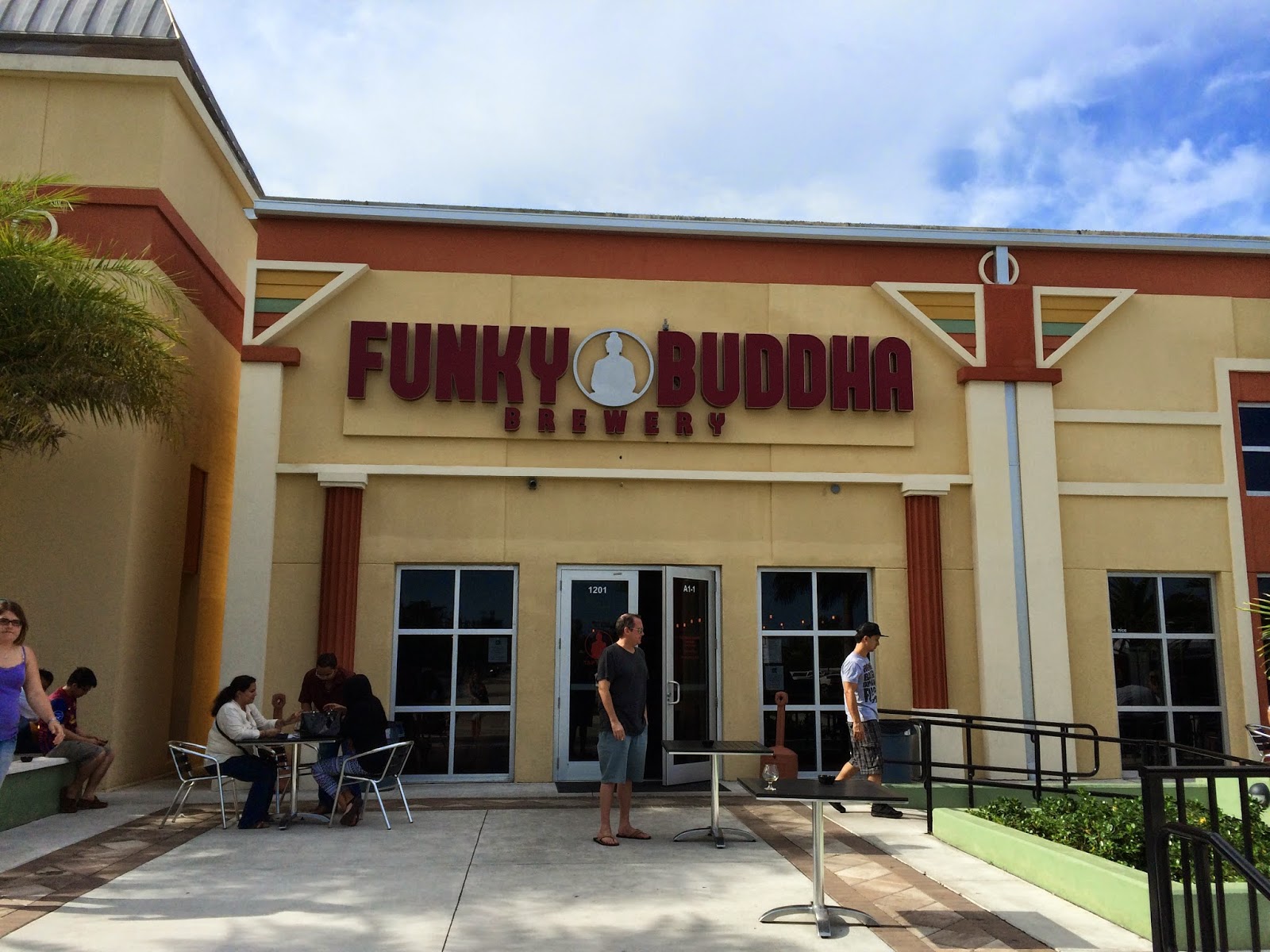 OK. So I'm betting you didn't watch the World Cup Final from three different breweries. I'm willing to bet you don't even know anyone that did. Maybe in four years! My wife and I arrived to our final stop on #EpicBeerSunday to Funky Buddha Brewery in Oakland Park, FL just a little after the first 15 minutes overtime period started, perfect timing. The score was still tied at zero. This crowd, however, was exactly the opposite of what we saw at Saltwater. These people were clearly rooting for a Germany victory over Argentina.

The beer menu listed so many options that I had never heard of let alone tasted. Since we had already tried a few beers earlier in the day, we opted for a flight of four Buddha beers. There were a handful of limited release beers not eligible for flights, though we got around that with a few full pour orders later. Despite a very full house, we had no trouble ordering, paying, and carving out a nook at the bar to taste the beers and watch the game. 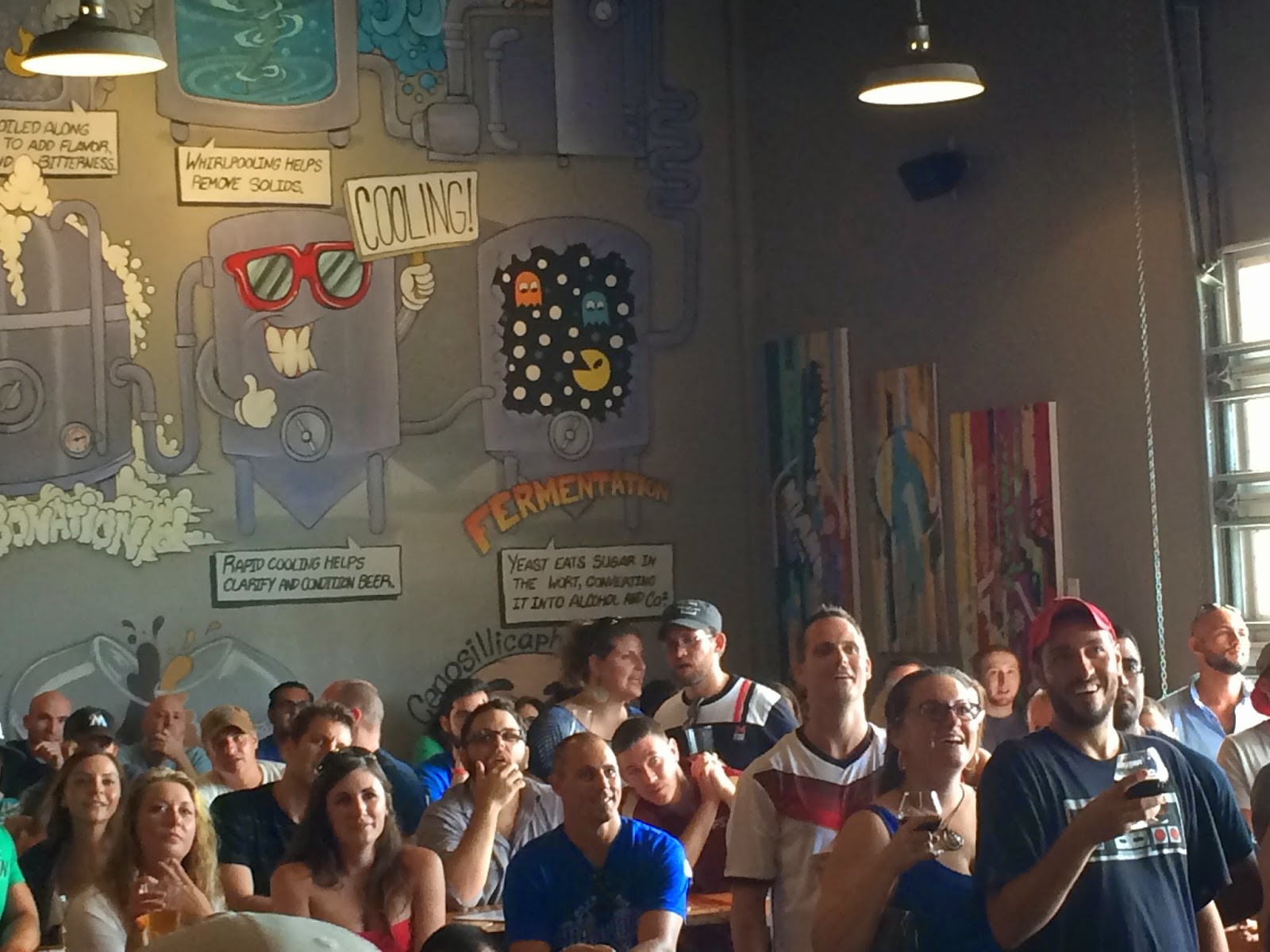 We started off with Clifford's Big Red Ale, a rich and full-bodied beer clocking in at 9.7% alcohol. Nice spiciness and caramel flavors balance each other. Tasty. Though I had tried No Crusts PB&J Brown Ale a few other times, I figured it was something I wanted my wife to experience. Yep, tastes just like a PB&J sandwich, nice roast, great flavors, not too sweet, decent bitterness on the finish.

Beer 3 was Chocolate Covered Cherry Porter. Smooth and silky chocolate with a cherry burst similar to when you bite into a cherry filled chocolate candy. The final beer in our flight was Vanilla Cream Abdul Jabbar, a pretty awesome beer name, though I'm betting half the crowd there didn't know the origin. Creamy, nice vanilla and good flavors overall.

It was just about that time that Germany scored the first goal of the game. The place went nuts! And there really wasn't that much time left in the game for Argentina to put up the equalizer and send it to penalty kicks.

Since there was still soccer to be played, though, we each ordered one of the limited release beers. For my wife, French Toast sounded like a good option. I opted for the beer name that caught my eye right from the start of the night--Dread Pirate Ed Roberts Imperial Stout! I mentioned above that I thought it likely that at least half of the crowd never heard of basketball great Kareem Abdul-Jabbar. Well, with this "Ed Roberts" beer, I asked at least 4 or 5 of the servers the inspiration for this particular beer name. None had a clue! And here I thought Ed Roberts was famous!

The game ended as we were drinking our beers. The crowd seemed satisfied with the result and was cut in half rather quickly. We decided to walk around, check out the outside areas in addition to the gaming room in the back, complete with Cornhole and Bocci courts. I didn't go back there when I visited before and didn't realize that you get a great view of the inside of the actual brewery from there. If you visit, definitely take a look!

French Toast totally tasted like French Toast with maple syrup, brown sugar and chocolate nuances. Good roast, nice bitterness tames the underlying sweetness. Good balance. Dread Pirate Ed Roberts is an imperial stout brewed with coconut, cocoa, vanilla and raspberries, weighing in at 10.4% alcohol. I'm glad we saved this for last. For me, best beer of the entire #EpicBeerSunday trip! Rich chocolate, creamy and smooth, and the awesome raspberry infusion made it "the bomb!"

And that was our journey, Orlando though four breweries and back home in one day! Hope you enjoyed yourselves. 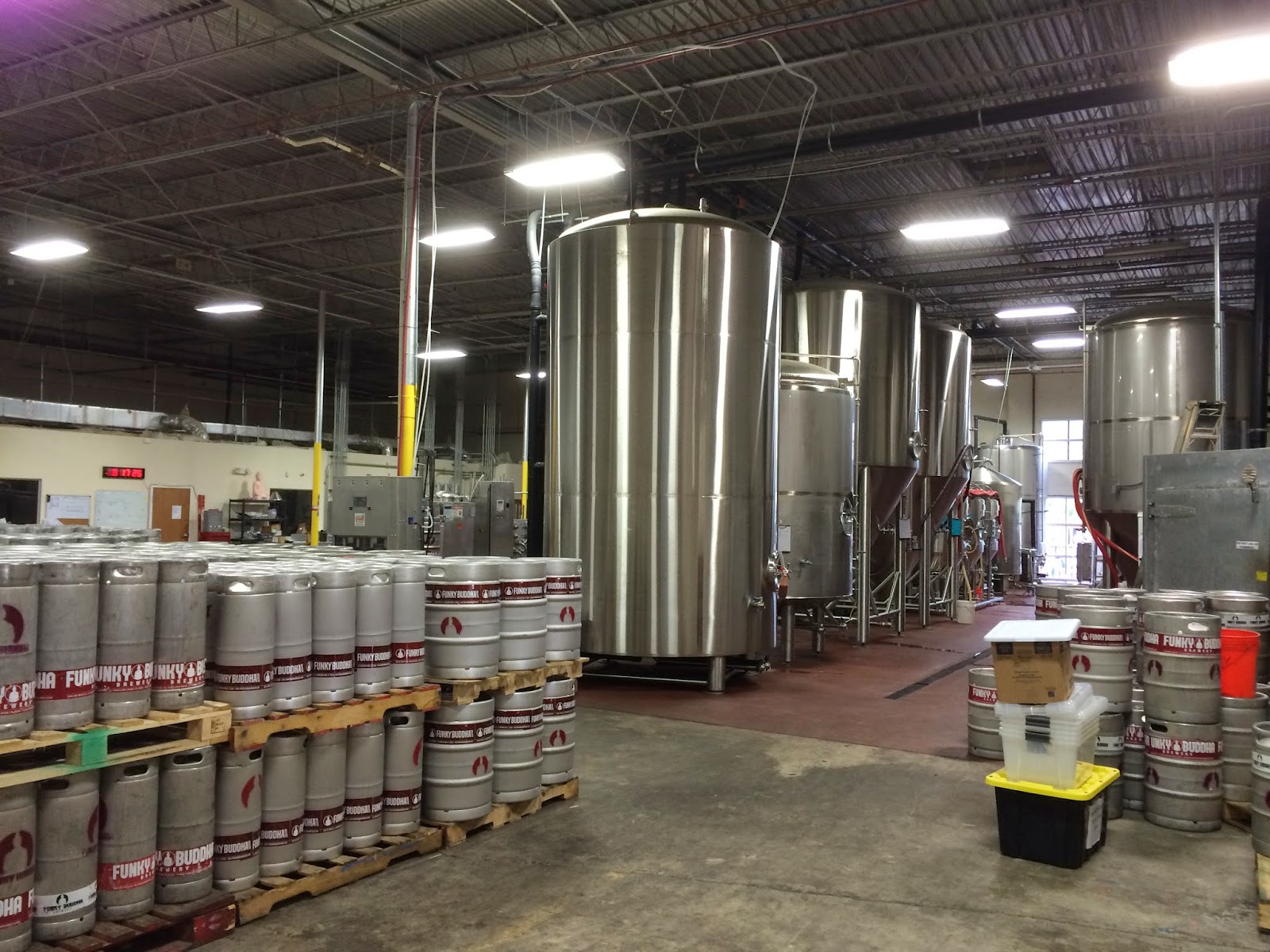 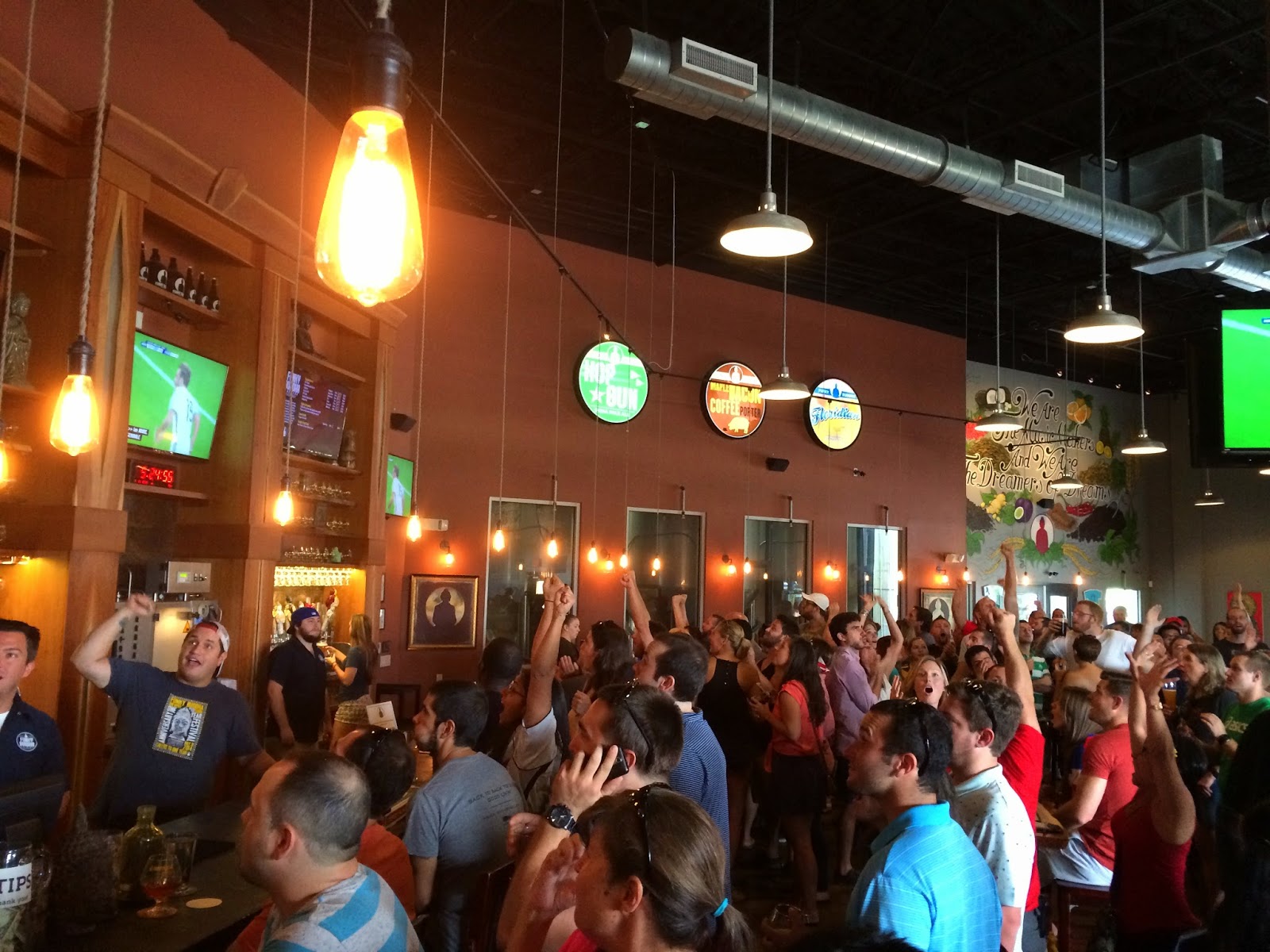 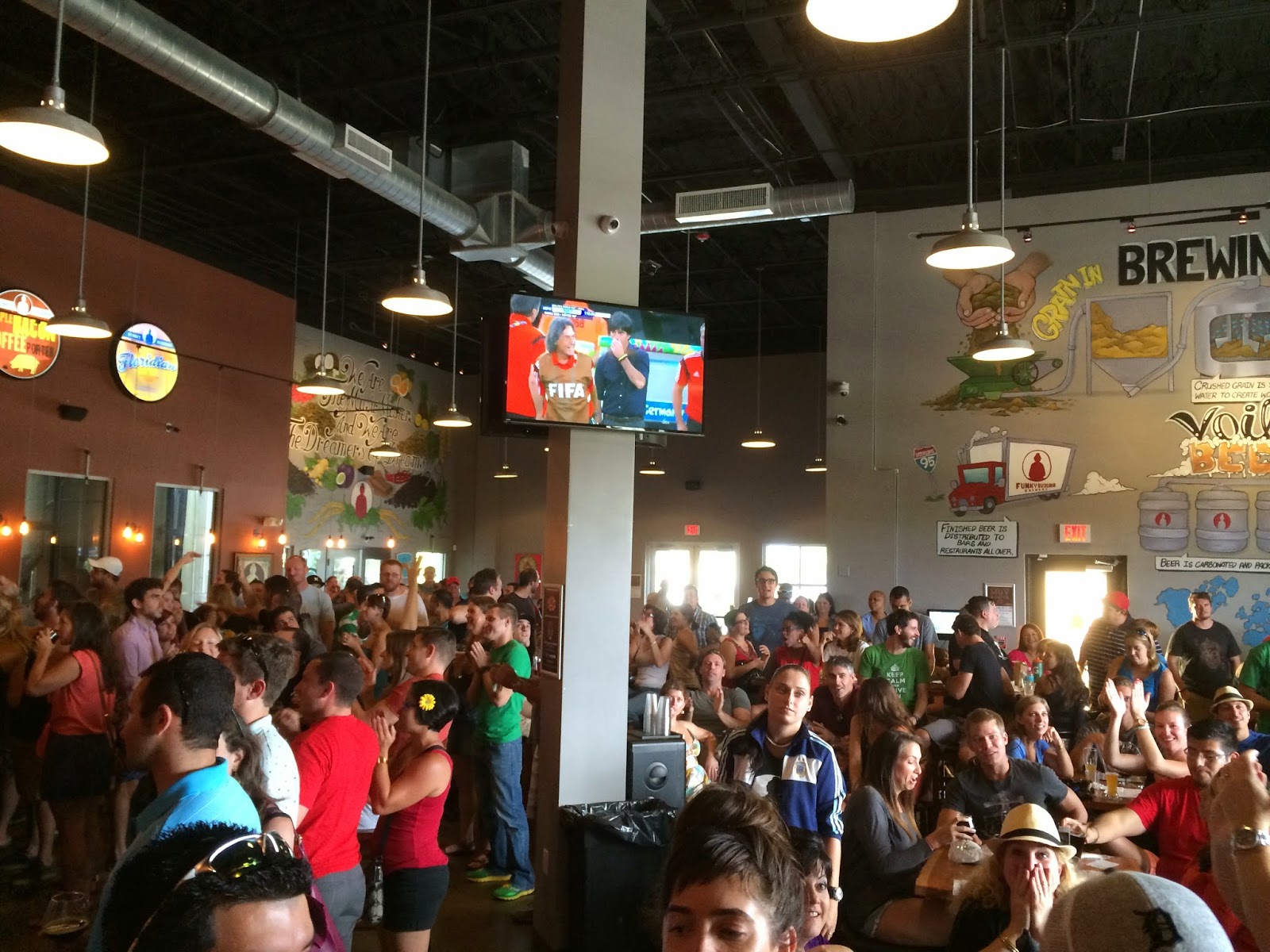 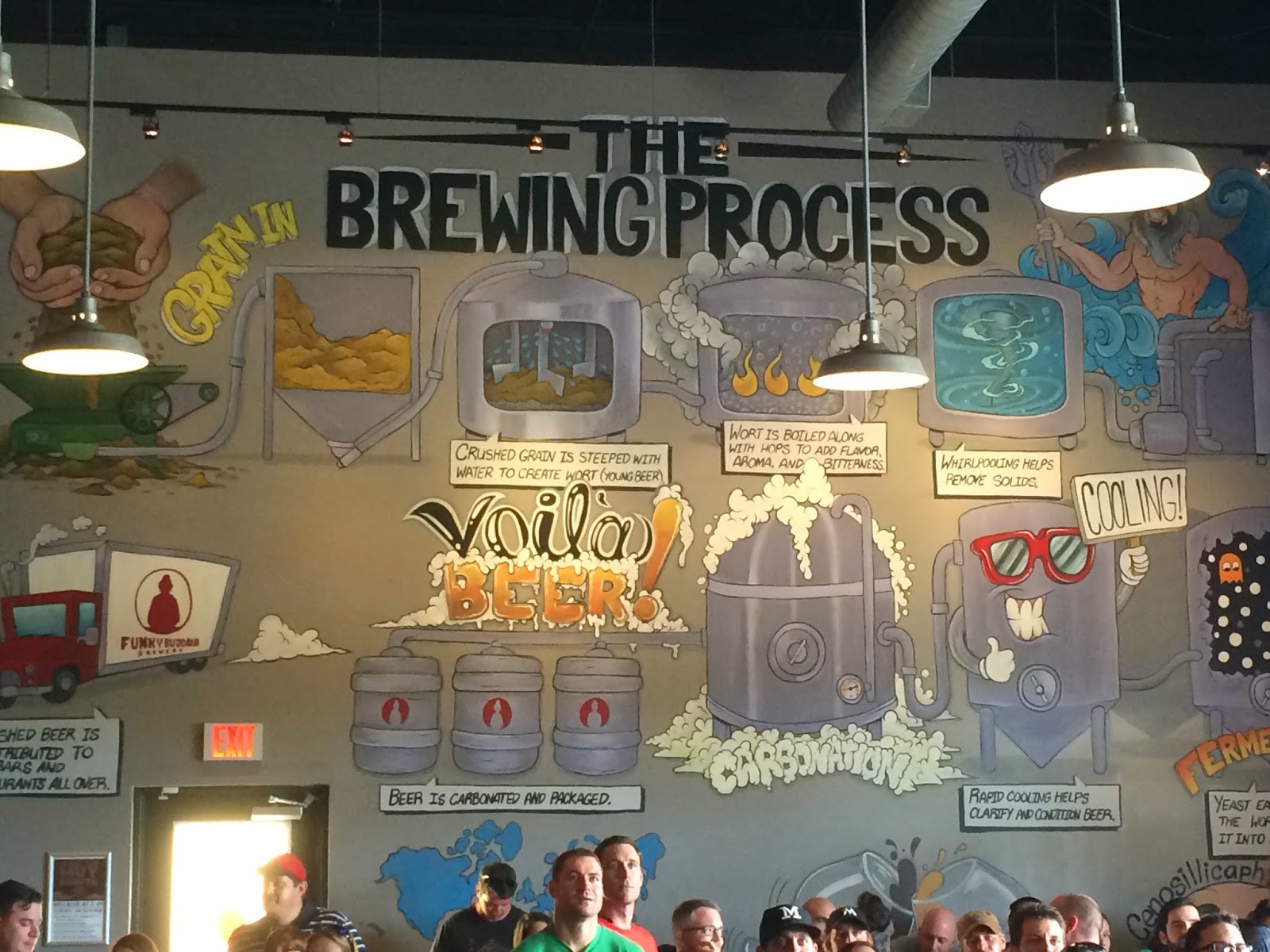 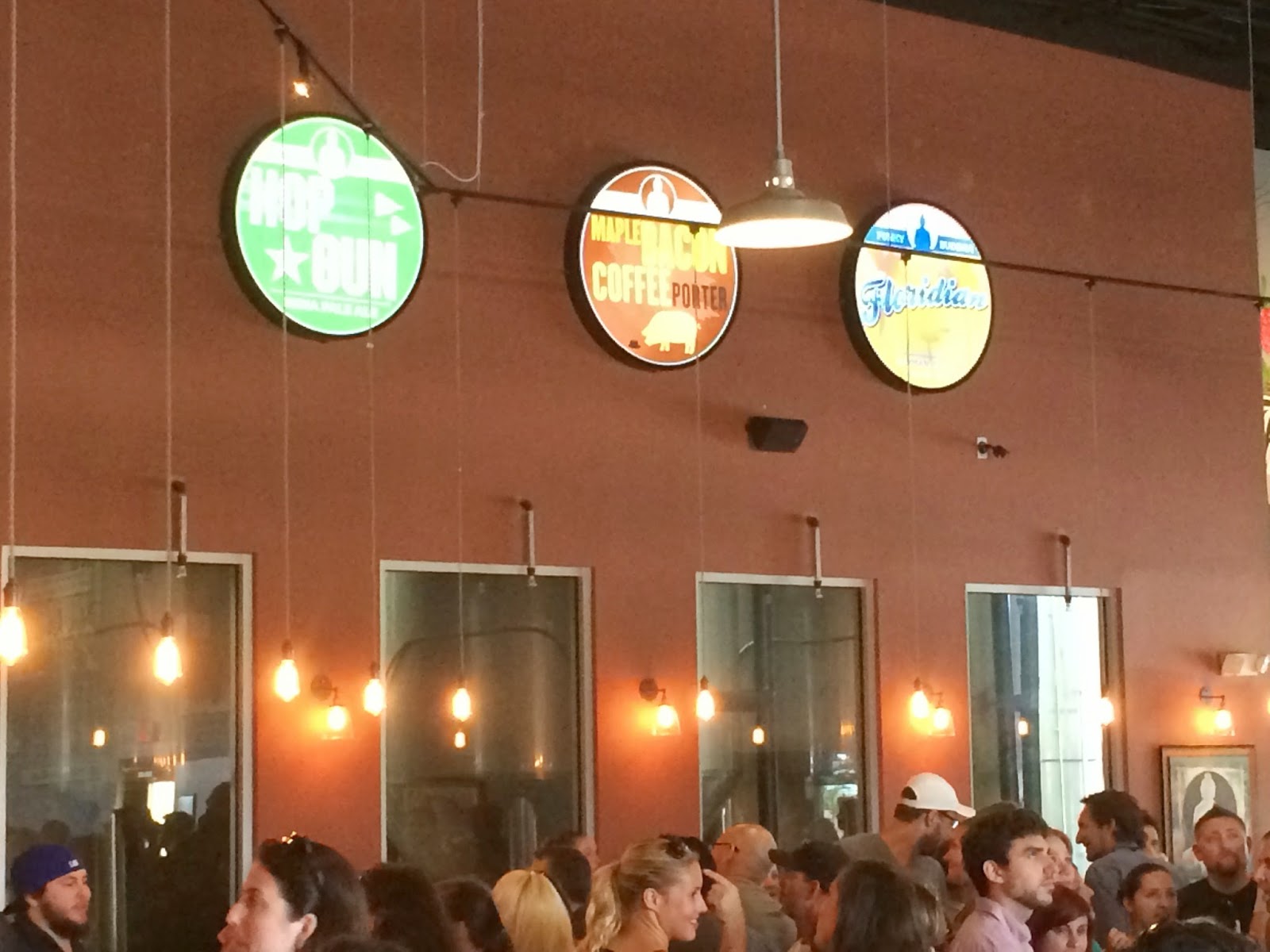 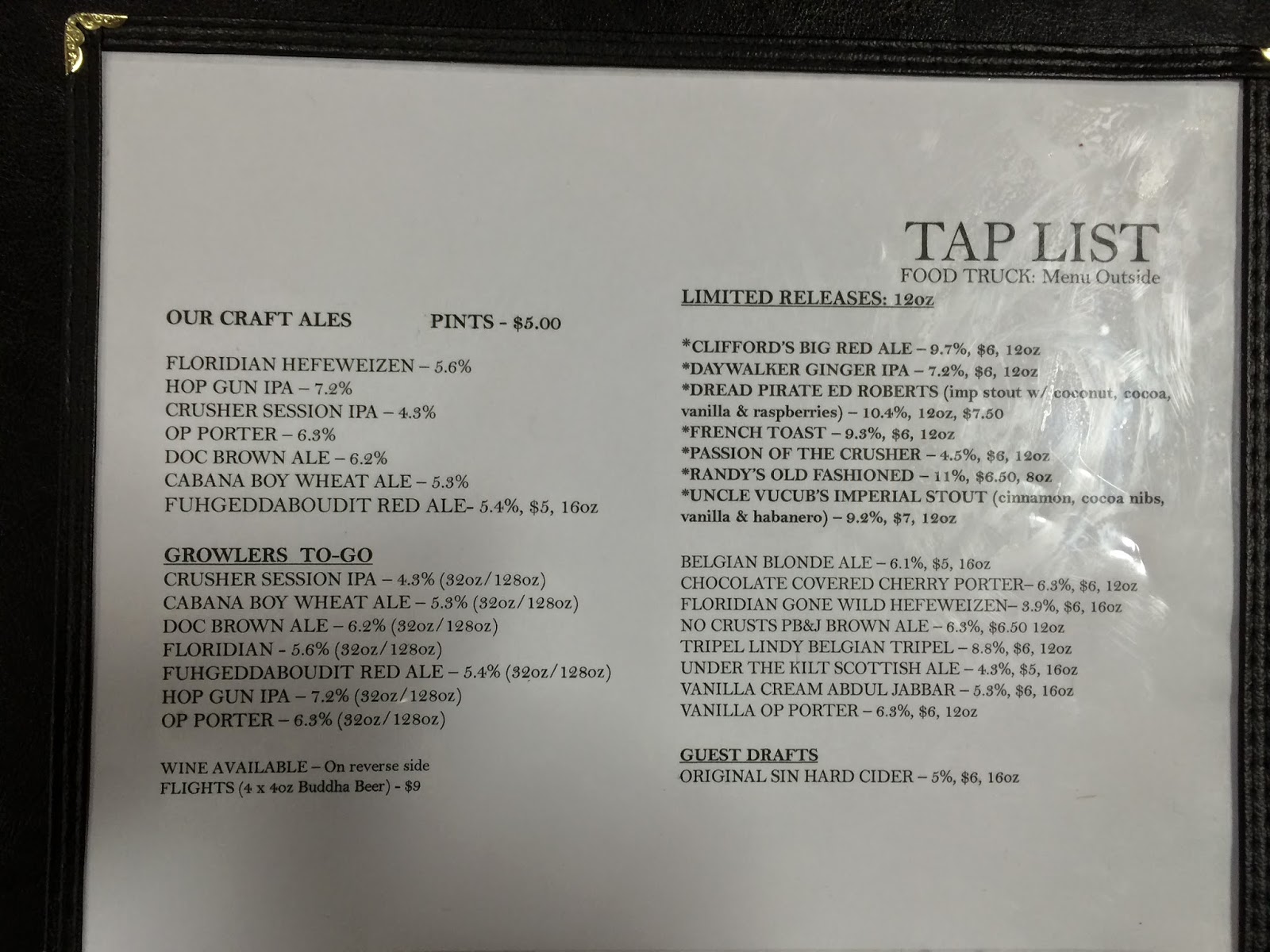 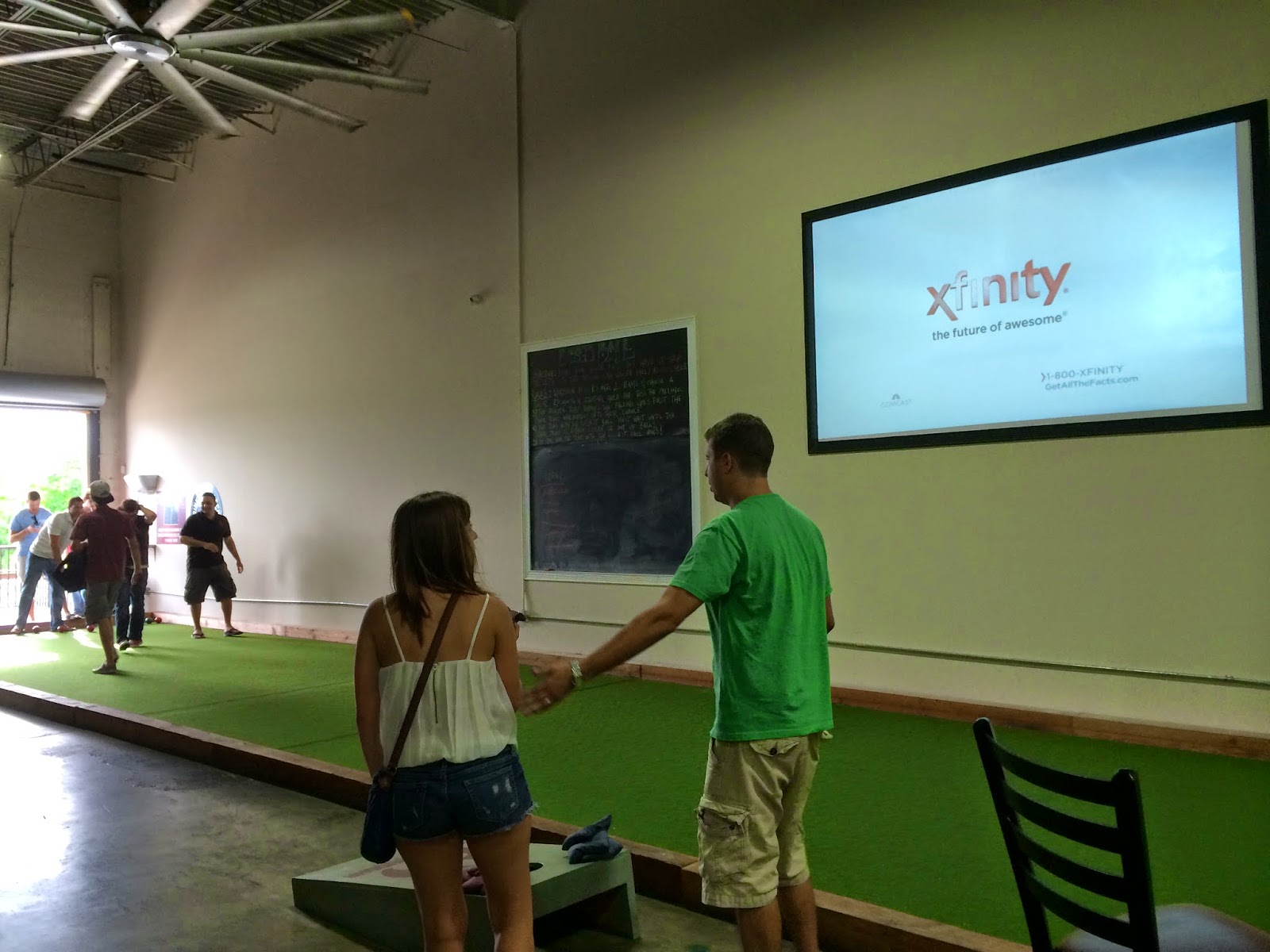 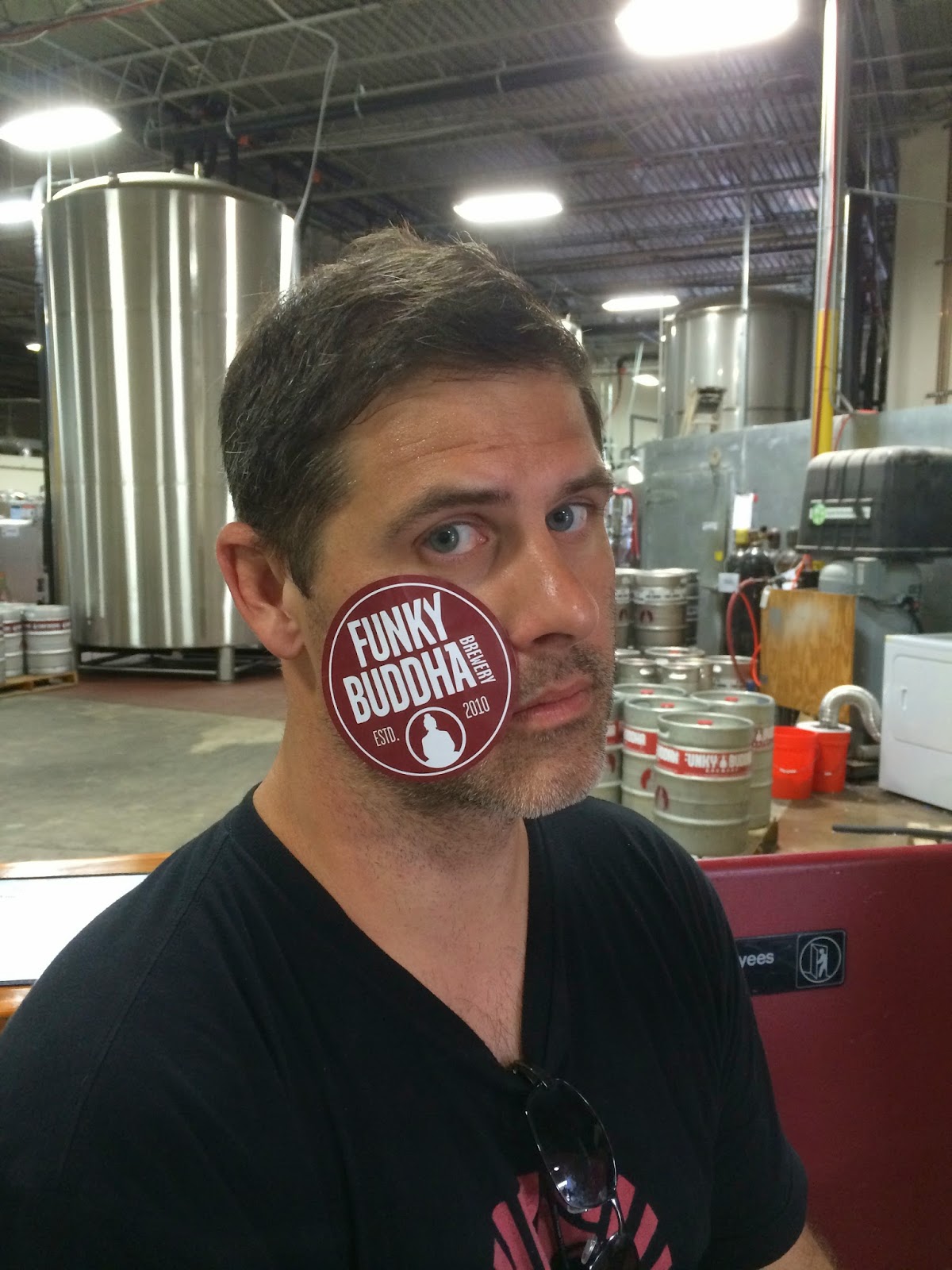 I think we might look at beers the same. I would not have been able to take my eyes off the Imperial Stout option. First, it's a stout. Second, what a name!