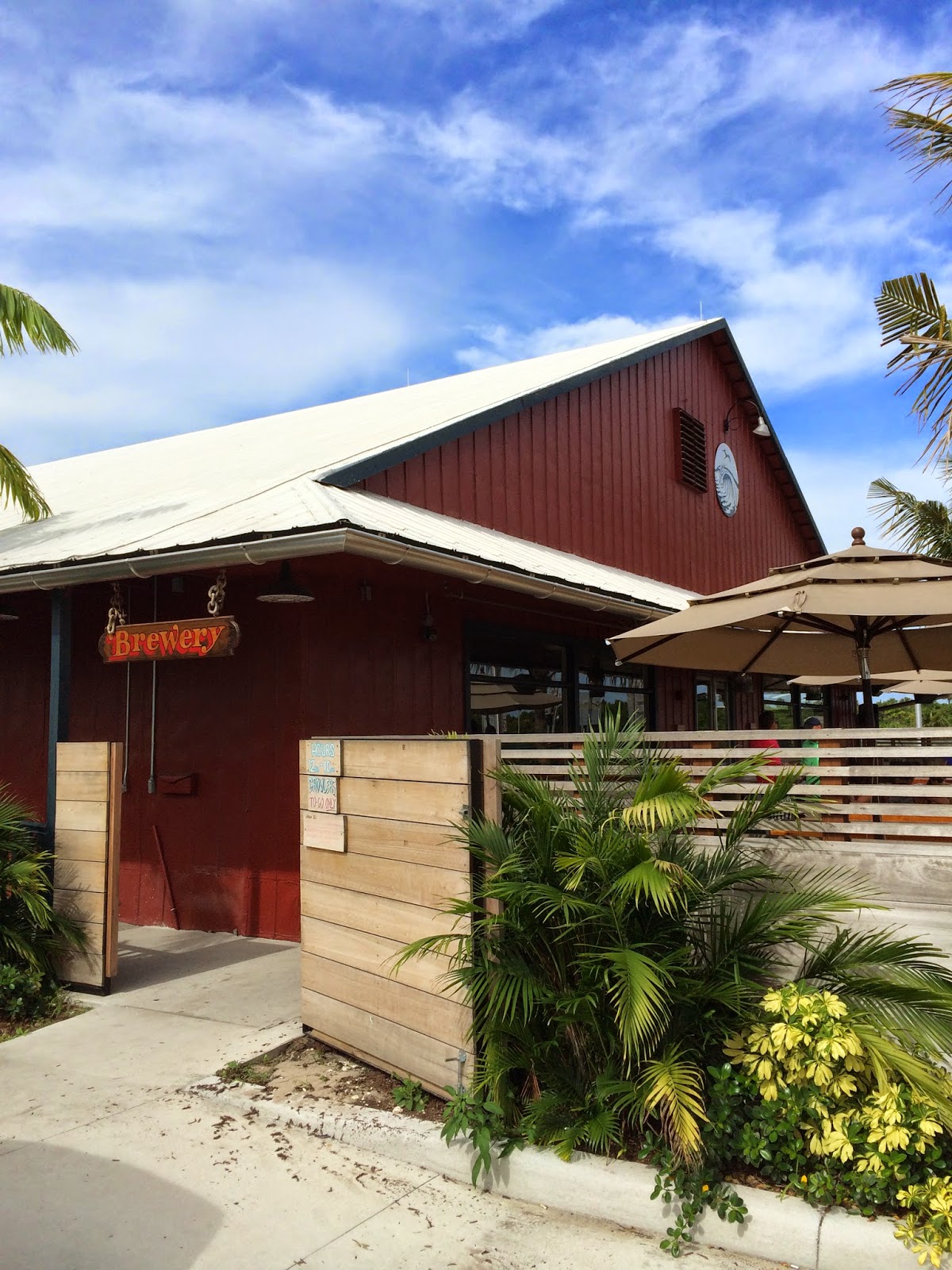 My wife and I left Due South Brewing maybe 25-30 minutes into the first half of the World Cup Final: Germany 0 Argentina 0. We figured that our third stop on #EpicBeerSunday at the nearby Saltwater Brewing in Delray Beach was close enough that we may even catch the end of the half. And sure enough, even with a packed house and difficult parking situation, we managed to arrive, order a flight of four beers and tuck ourselves into a corner with a pretty decent view of the game on the big screen.

The crowd (at least at our end of the large room) was clearly rooting for Argentina. That became more obvious after I loudly said "Aw, poor Messi" after he made a shitty shot during a pretty nice opportunity. But I survived the stares, and after the refs tacked on a few extra non-scoring minutes, everyone went outside to smoke with the score tied at zero. I stayed inside and walked around, did my own tour while the place was half full. (PSA: This and This might make you quit or prevent your kids from starting smoking.) 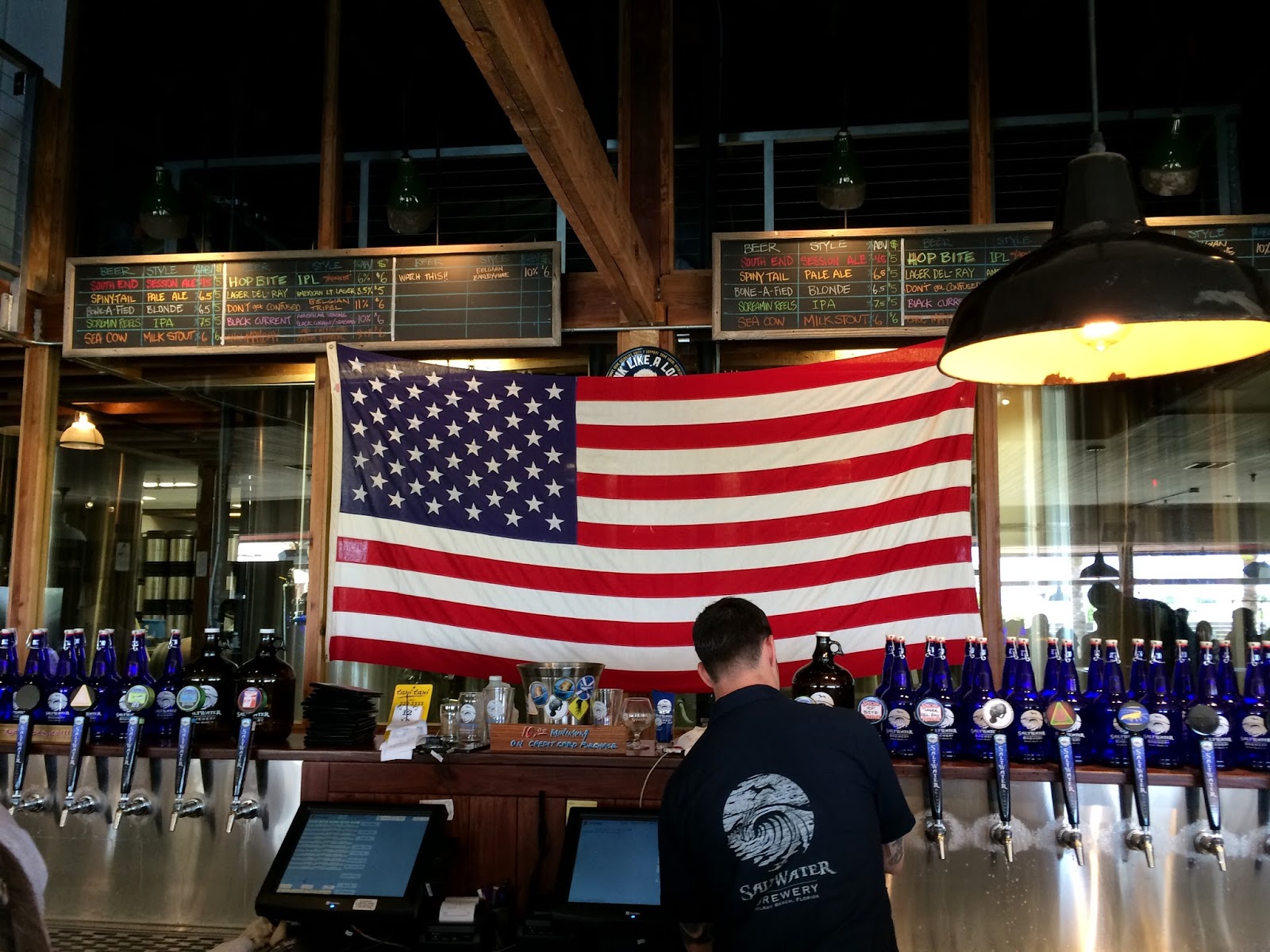 I strolled around the brewery taking photos of the great artwork, the crowd, the bar, and even the actual brewery on display behind everything. I stepped one foot behind the bar and got a sarcastic "hey" from my bartender. She told me I wasn't allowed there right now. I said they should put up a rope and she replied that the rope they usually have there was the one holding the enormous dog out front right now. LOLOL. We laughed it out, and she told me to walk around the bar for more views of the tanks, etc.

So yeah, I took more photos, but the second half was about to begin (and my wife was drinking all the beers in the flight)! So we sipped them for a little more. I picked the beers for our flight based on a few I liked from Saltwater's appearance on ByTheGlassShow a few weeks ago and included a few new ones. 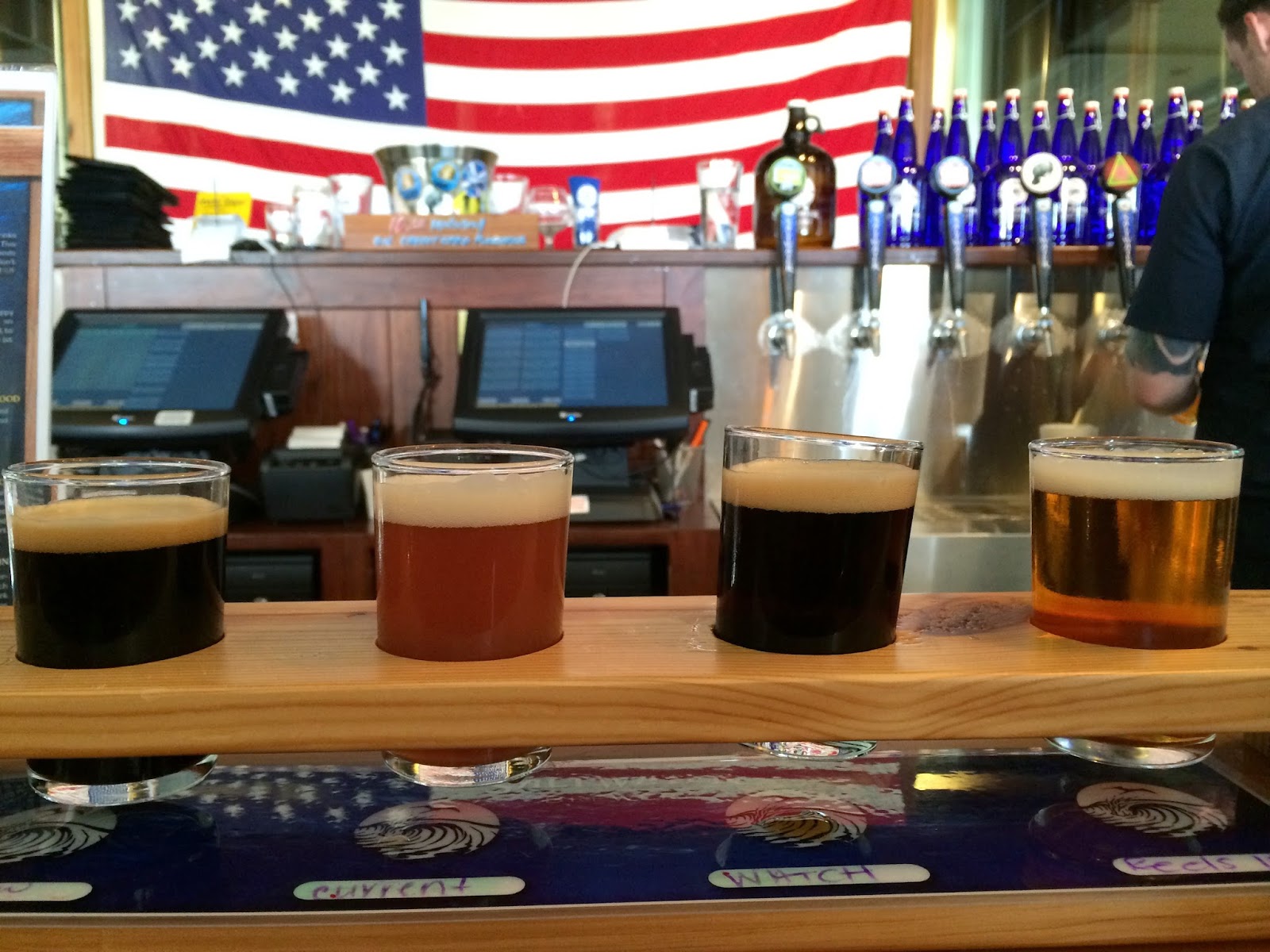 We started with Sea Cow Milk Stout. What a nice beer--chocolate, coffee, creamy, yum. We needed something local like that here. Next up, a strong beer brewed with currants, weighing in at 10%. Sorry I'm too lazy to figure out its name. (If you tell me in the comments, you get 10 "Rob Points" which currently hold no value). Fruity, chewy, currants prevalent, alcohol noticeable. My wife said "this is good!" though I was a little overwhelmed with it.

I had tried their Reels IPA a few weeks back on the BTGS, but I really liked it. Ditto today: hoppy, fruity, balanced, doughy, fresh. While drinking this beer is when "The Messi Incident" above happened. Final flight beer was "Watch Out," a 10% alcohol barleywine. Sweet alcoholic streak, caramel, a bit one dimensional, light bitterness at the finish. 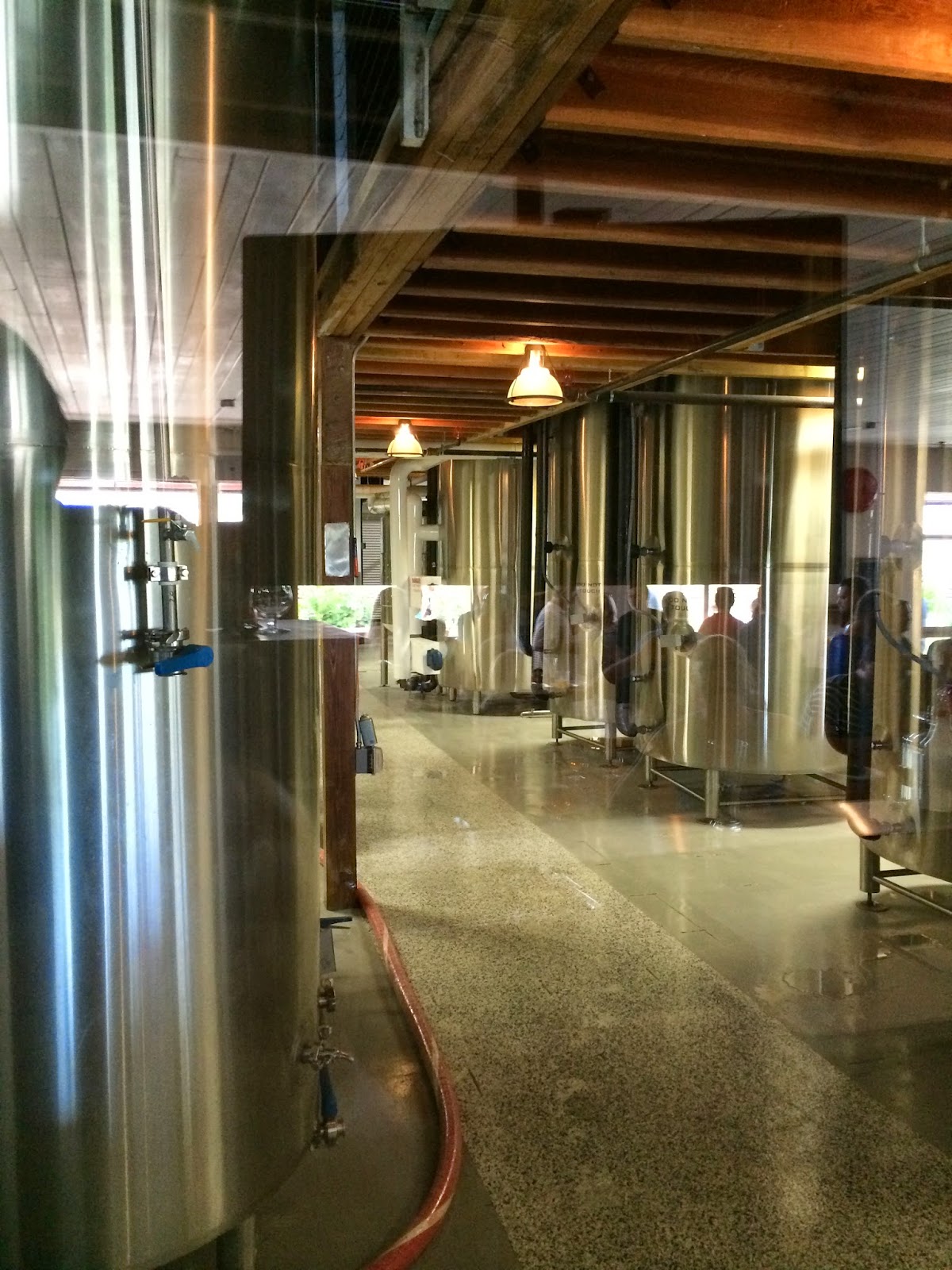 I guess I wasn't paying too close attention when choosing those four beers, because I really wanted my wife to try Don't Get Confused Belgian Tripel. So I ordered an extra glass of it. Rich, fruity, sweet orange and honey, chewy body. YUM! My wife said it was the Best Beer of the Day so far ("so far" survived 6 more beers at Funky Buddha later too, so nice job, Saltwater).

With the game tied at zero and eight minutes (plus whatever stupid extra minutes the ref was going to add), we made an executive decision to leave for #EpicBeerSunday stop 4 at Funky Buddha in Oakland Park. We figured the game would end in a tie and we'd be able to see the extra two 15 minute sessions there, plus any shootout if necessary.

Of course we were right, but you'll have to wait to read the conclusion of #EpicBeerSunday at Funky Buddha Brewery! 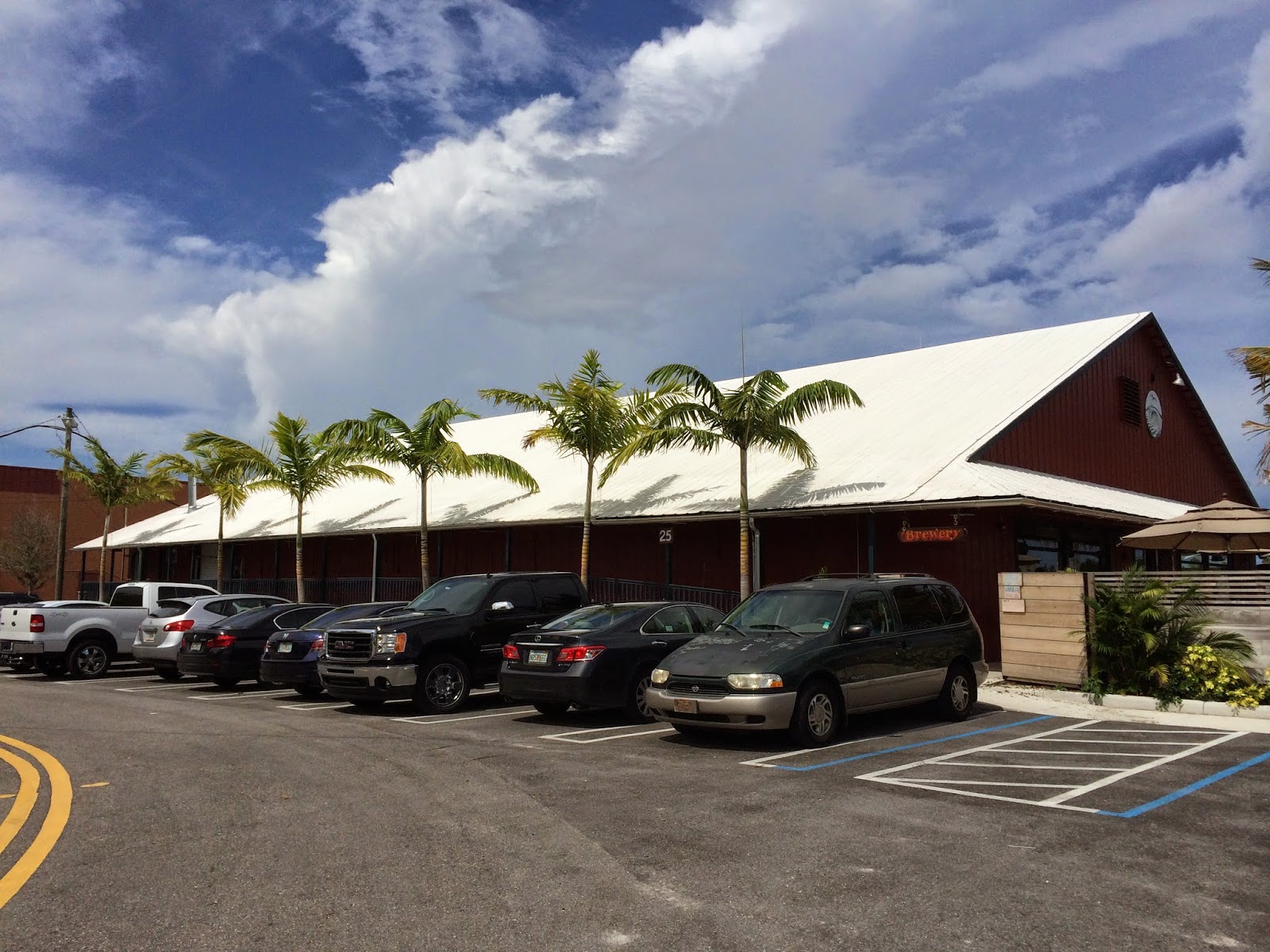 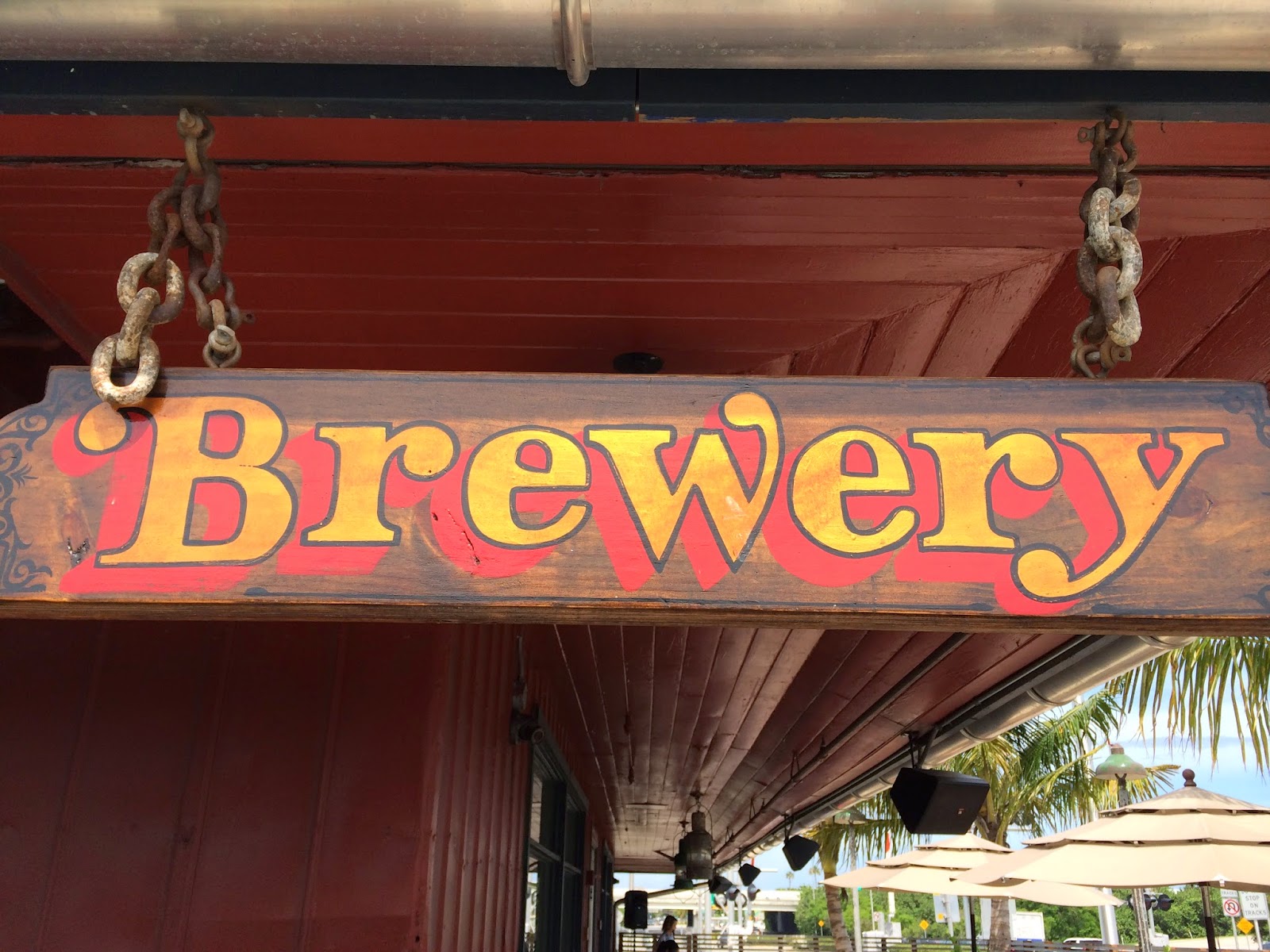 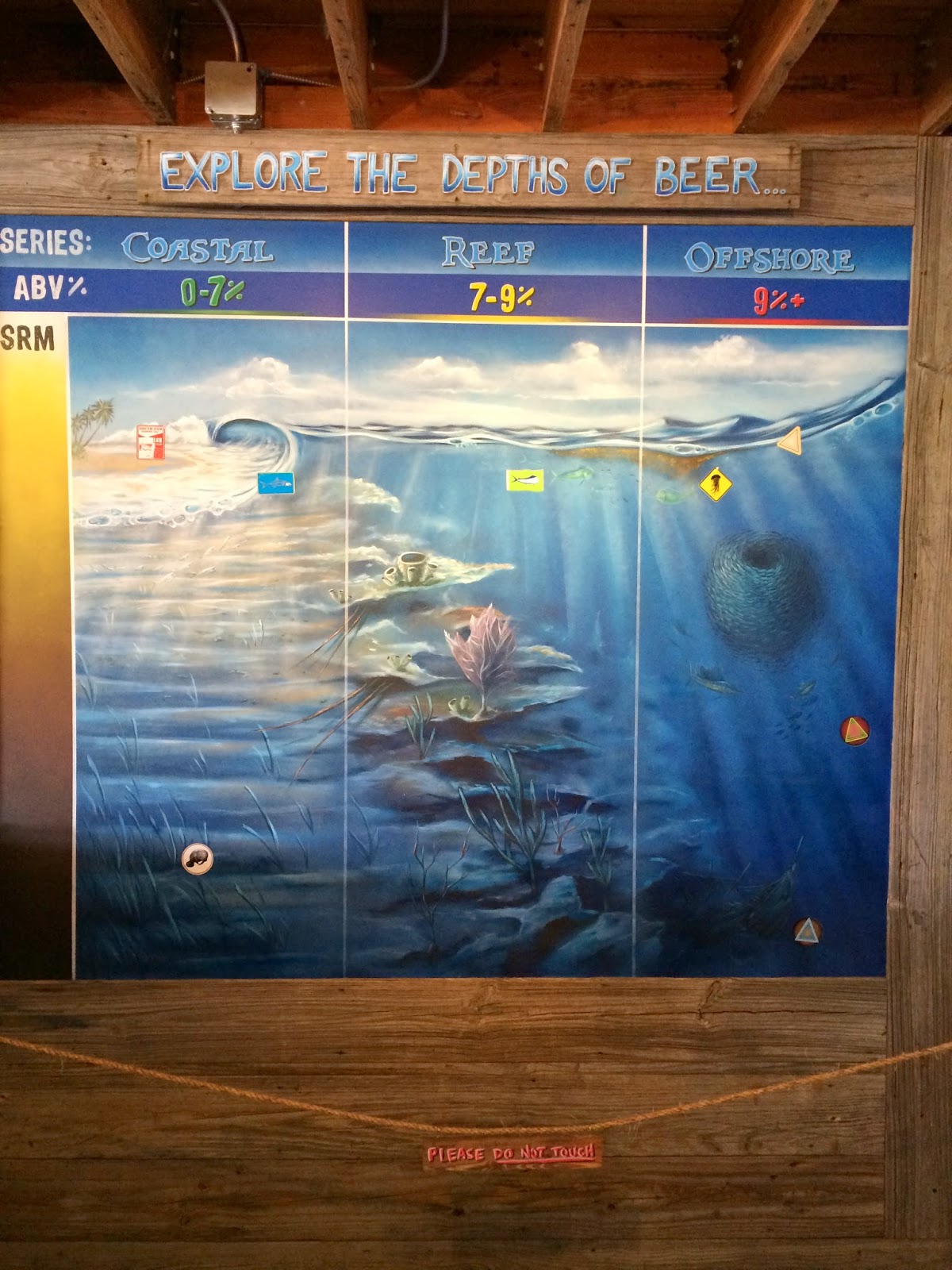 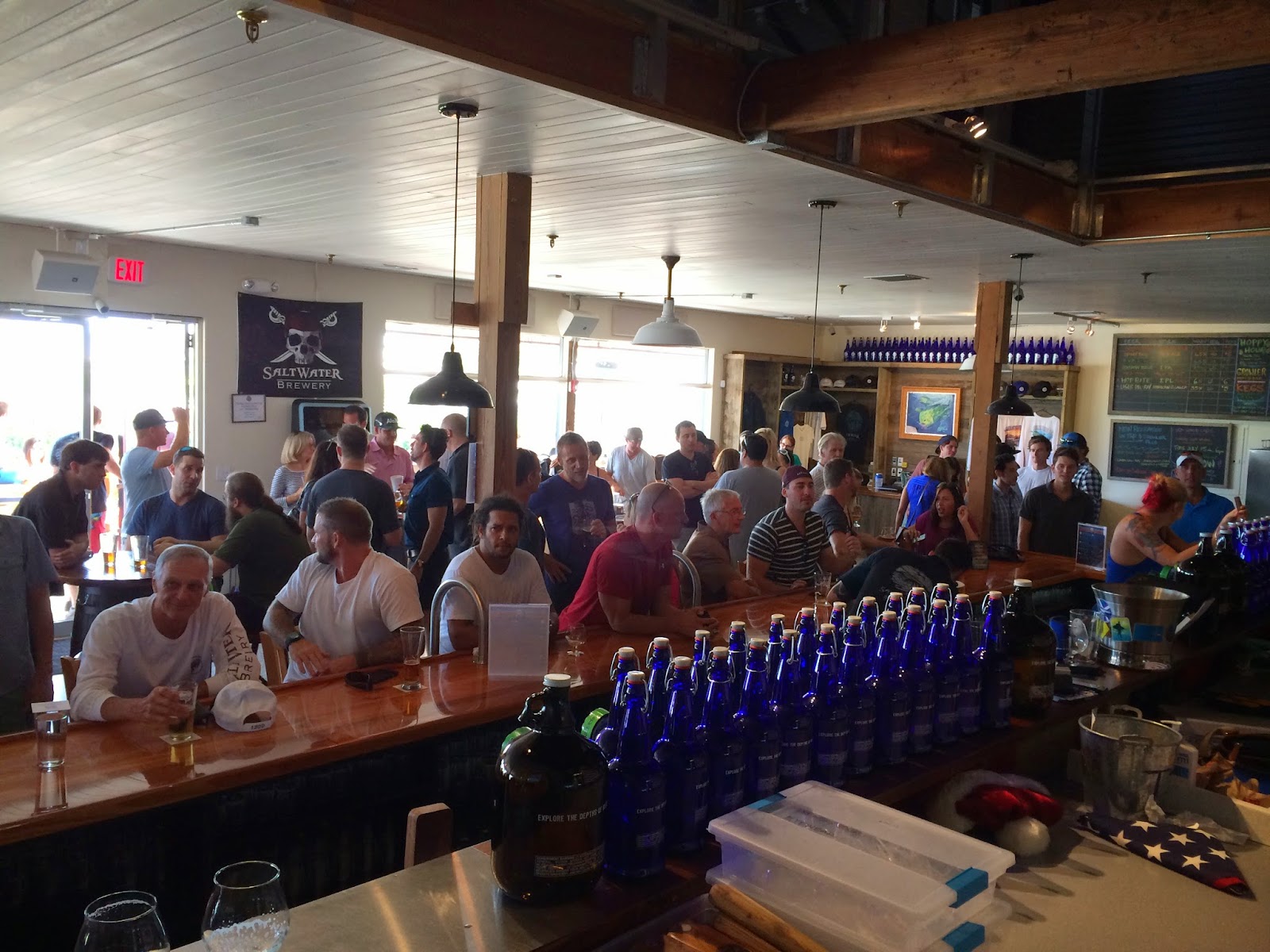 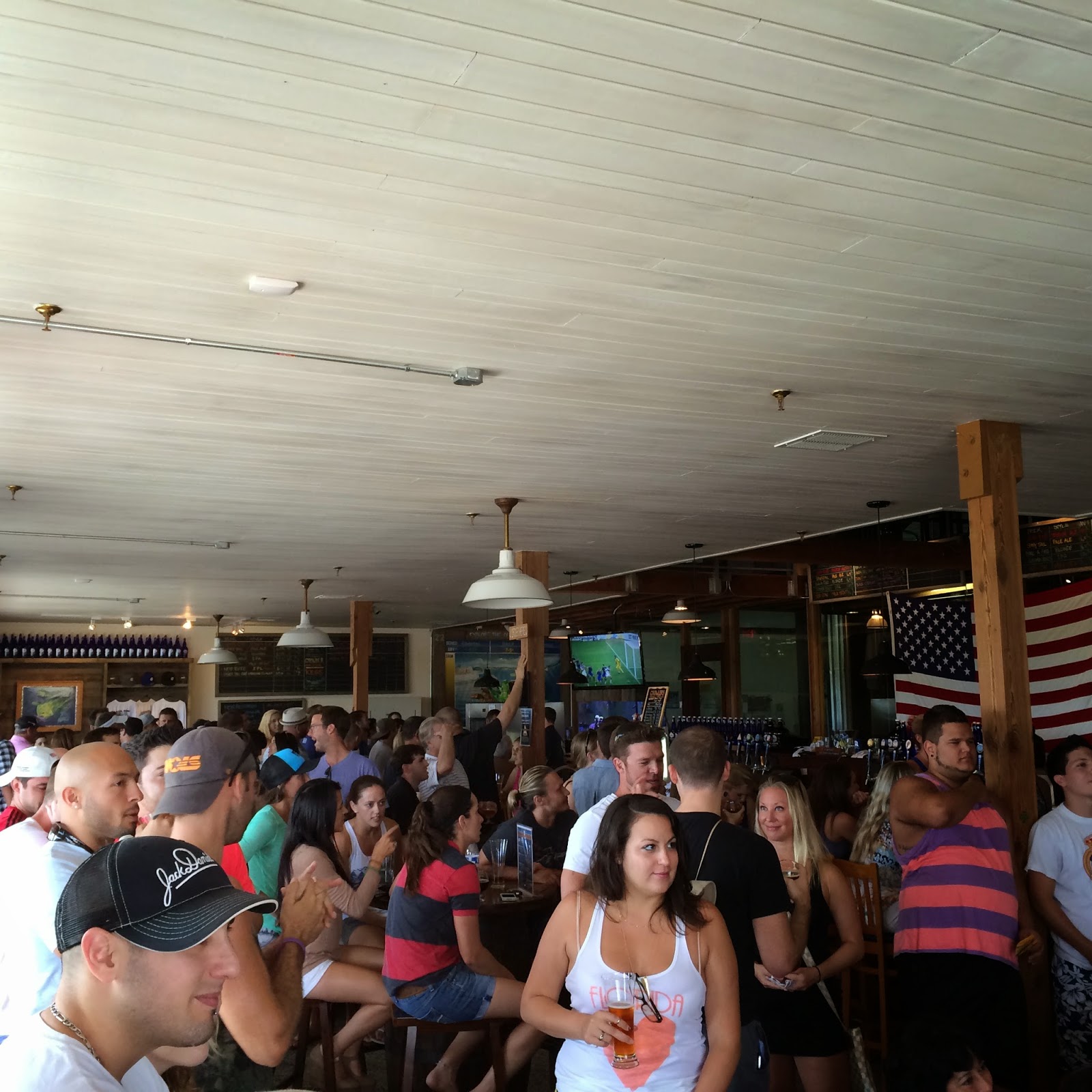 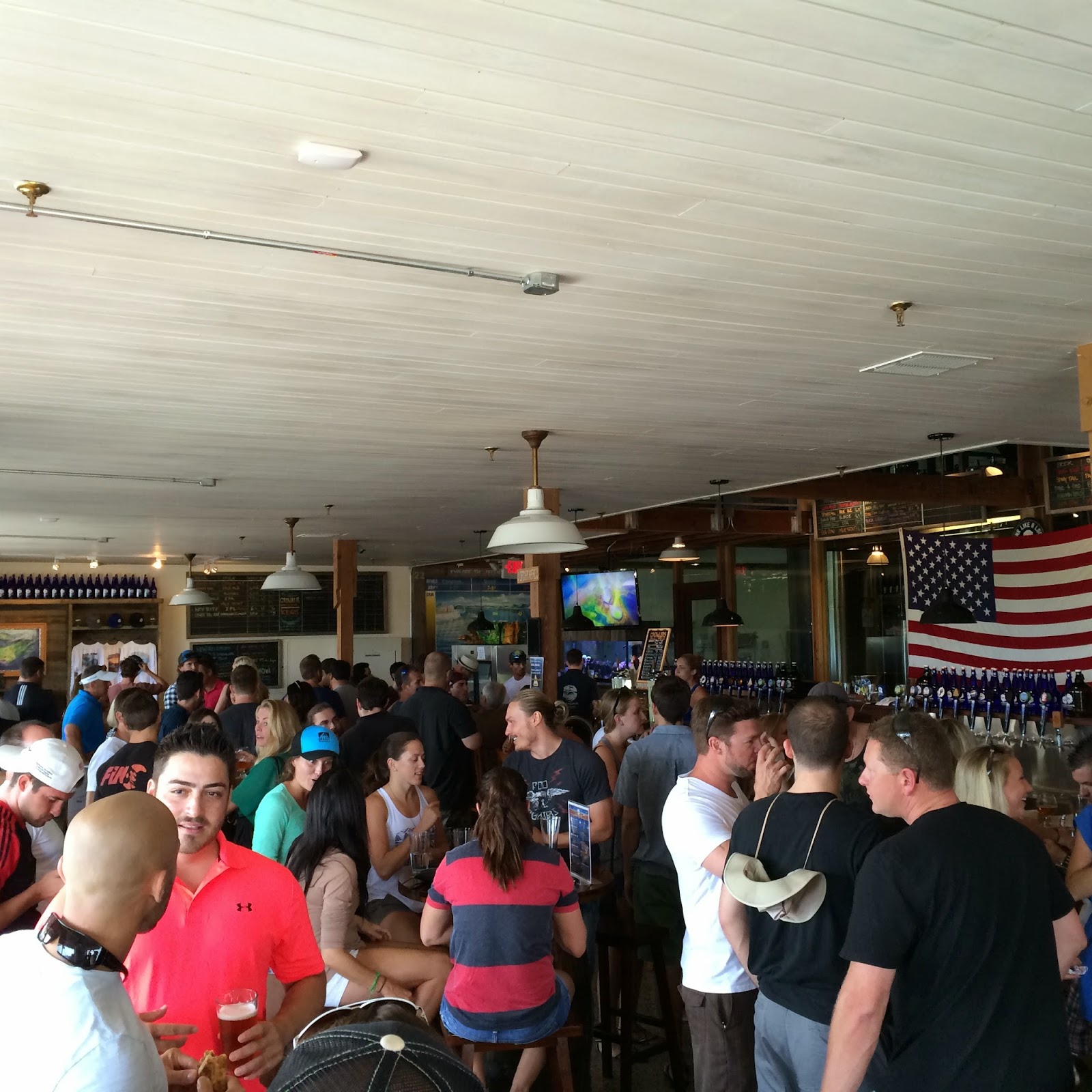 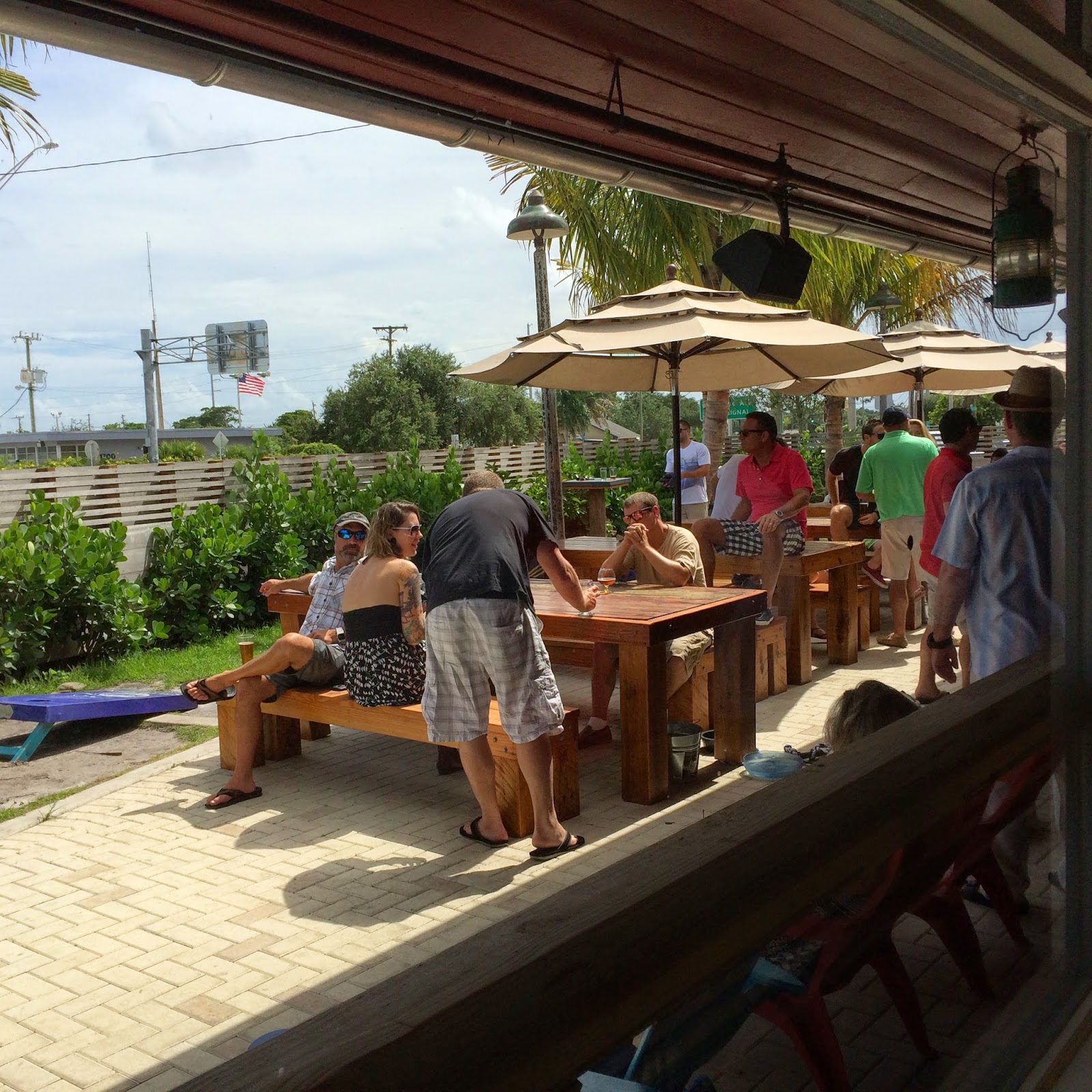 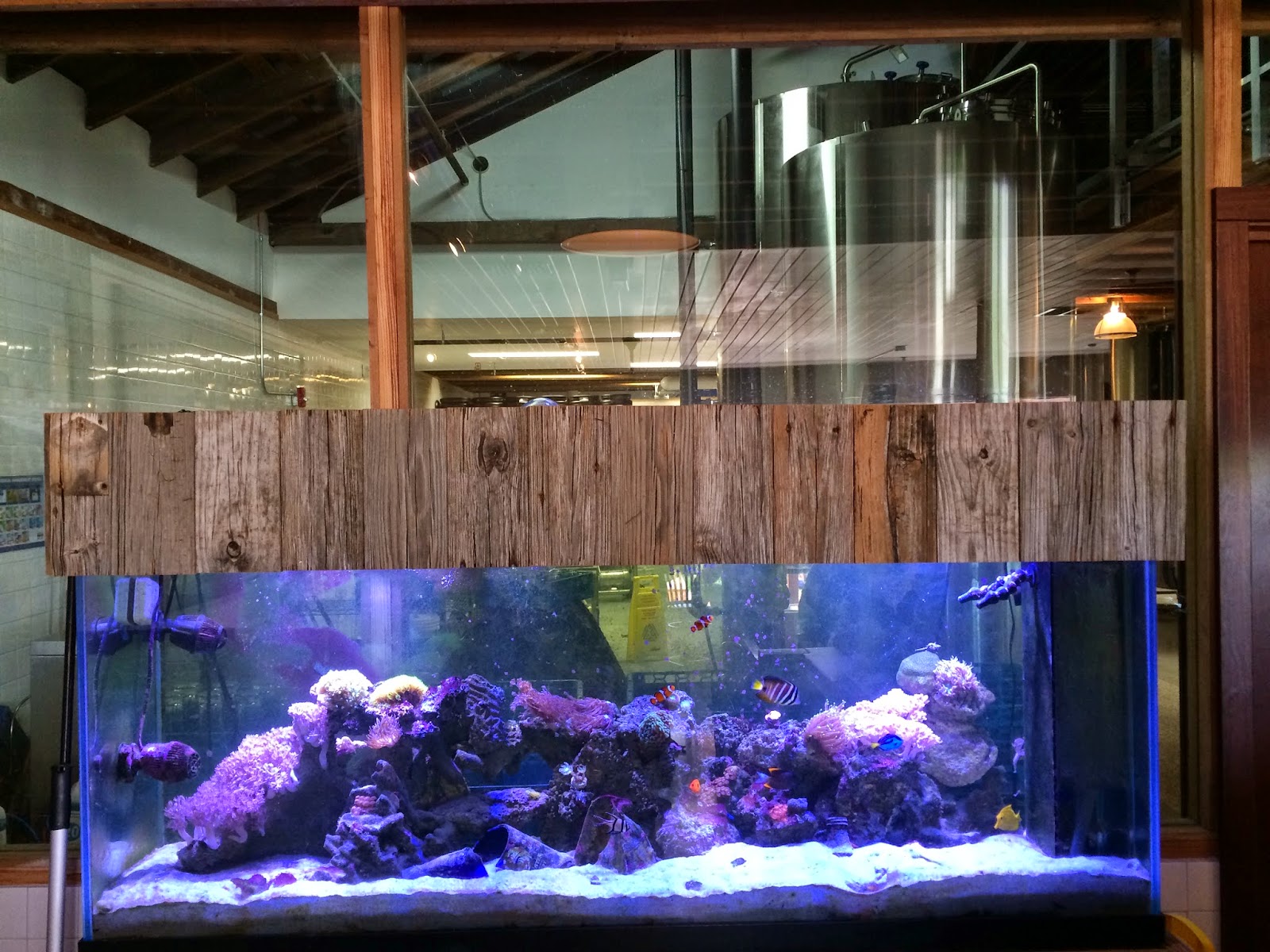 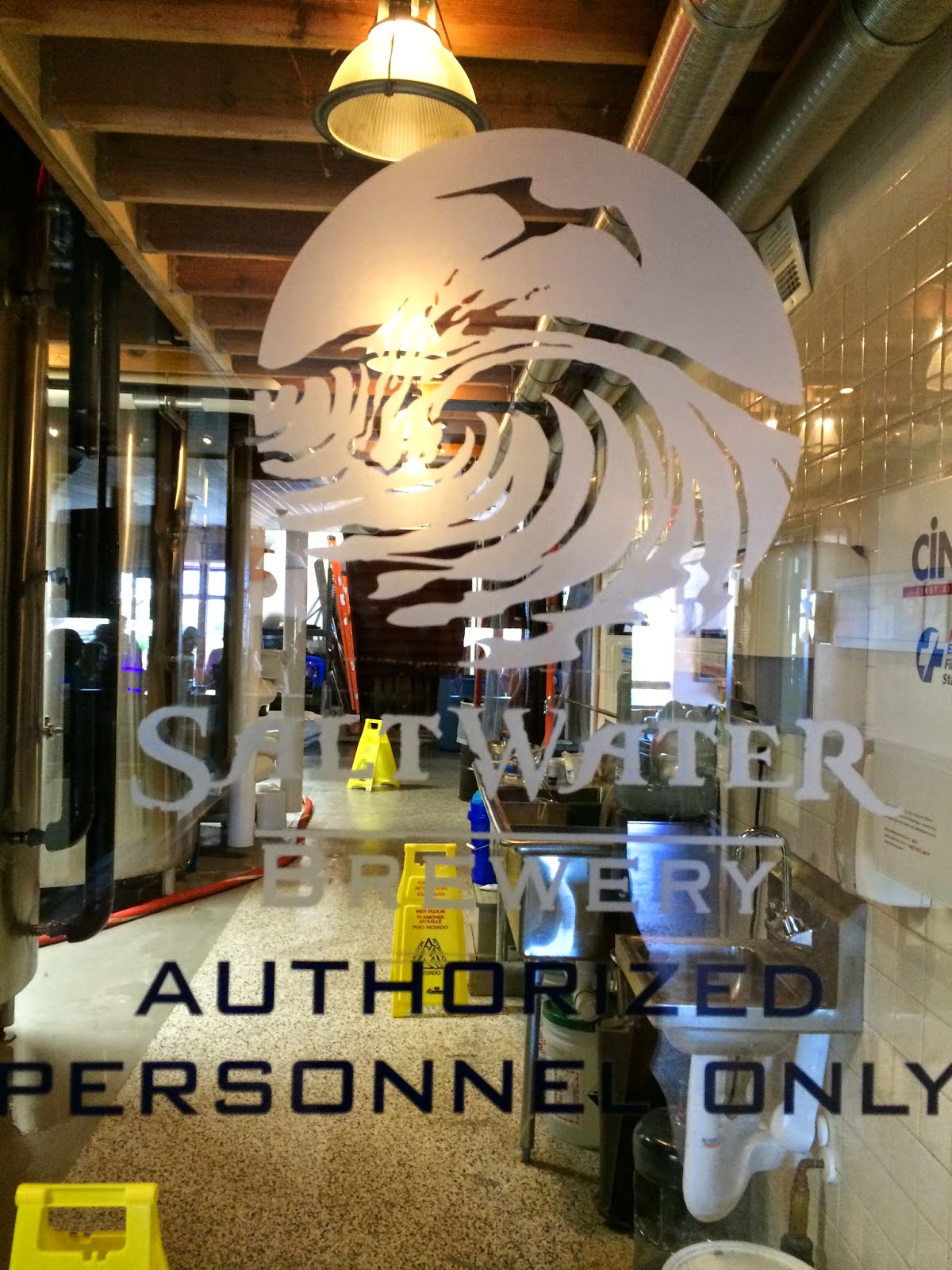 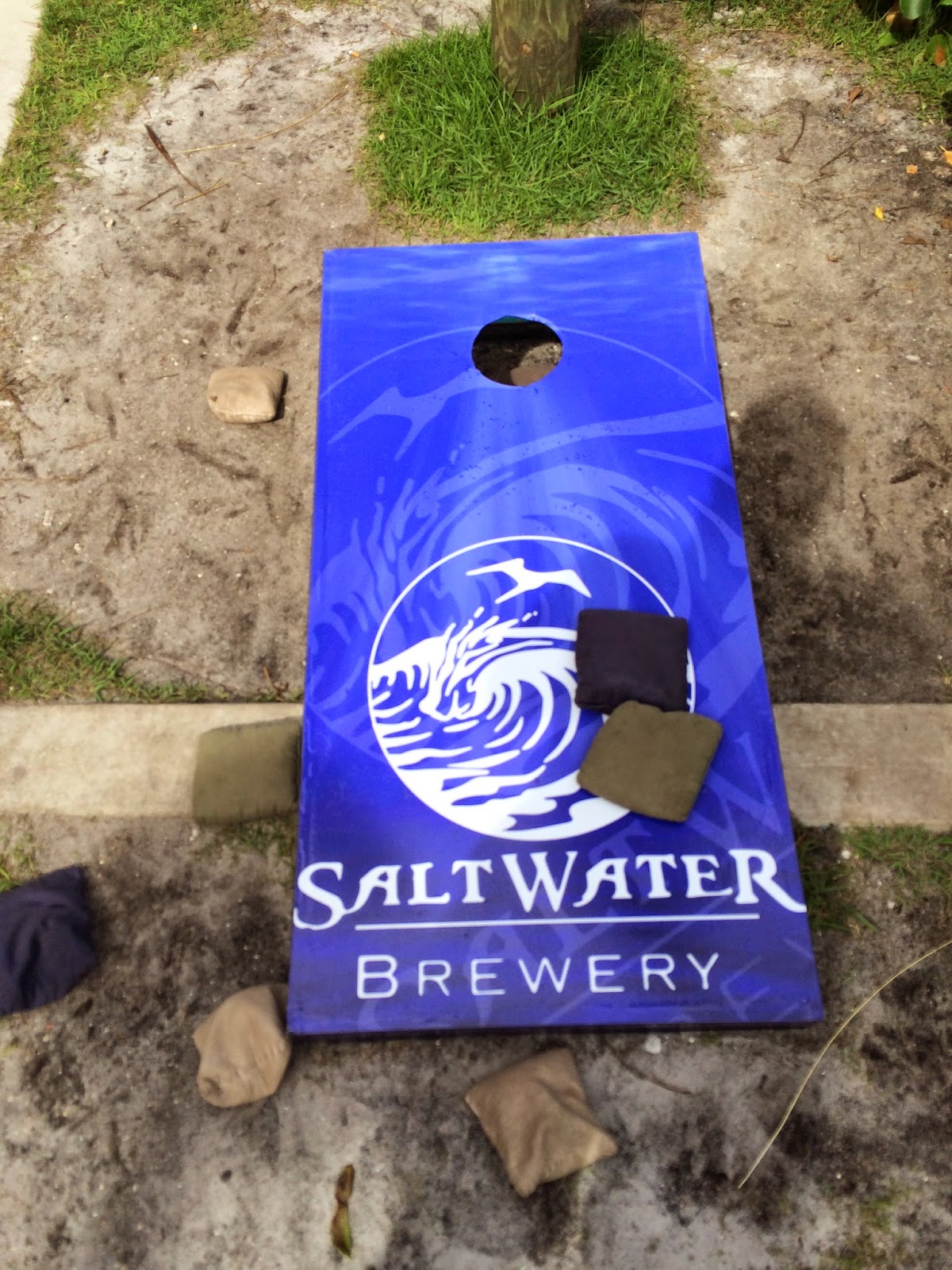 Posted by Beer Drinker Rob at 9:31 AM