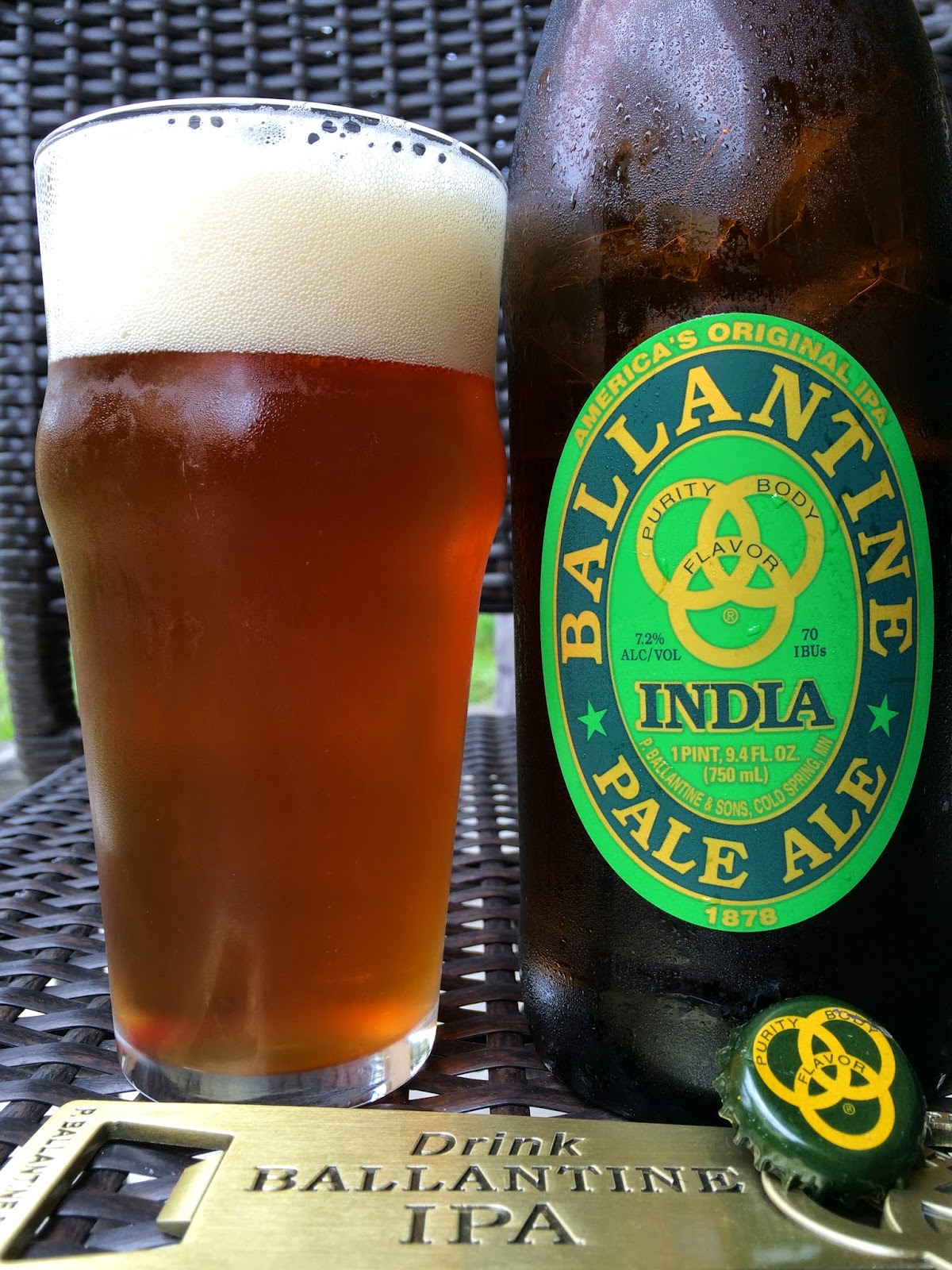 I was recently asked if I'd like to give my opinion on "America's Original IPA," Ballantine IPA, first brewed in 1878. I hesitated for a... well, no I didn't. I said sure, and a week later, I received this really nice Ballantine wooden box with a wine-sized bottle of Ballantine IPA and a new branded bottle opener as well. The label is nice, and I was going to call those Olympic-style interlocking rings (yes I know they are 2 short), but the back label calls them Borromean Rings, signifying purity, body and flavor.

This beer was apparently a kick-ass craft beer many decades ago. Read this really interesting story about the history of the beer. Though the label still stays it was brewed by P. Ballantine & Sons, that is now owned by Pabst. But whatever, I'm not a snob. 7.2% alcohol. 70 IBU. Bottled 08/05/2014 in Cold Spring, Minnesota. 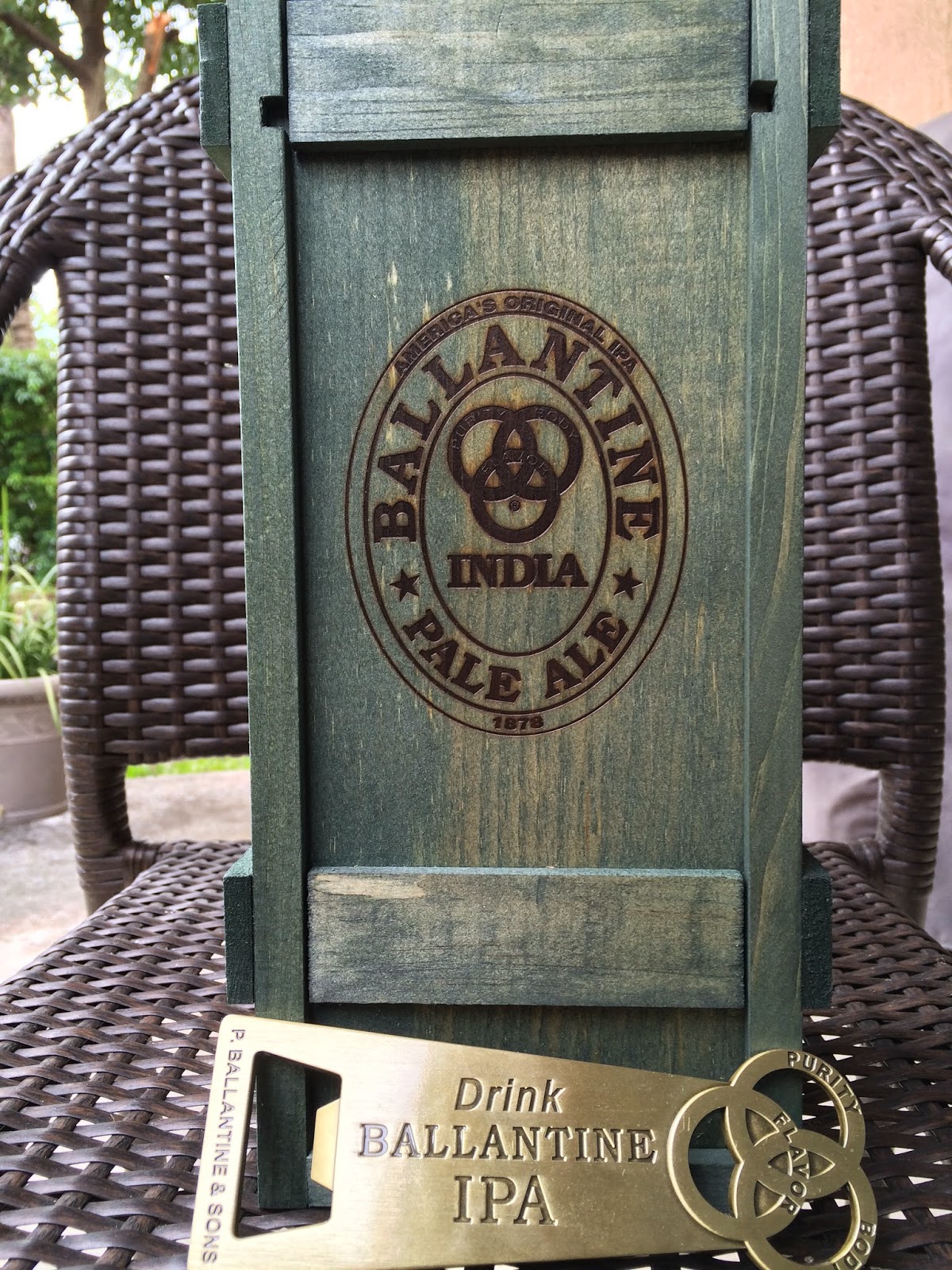 Very hoppy aroma, fresh, a little spicy and with a good dose of citrus rind. That big citrus continues in the flavors, nicely bitter. There is also plenty of pine and a ton of fresh, green, dank hops. Just a touch of caramel sweet balance as well. Exactly what an IPA should be, and it kind of reminds me of Sierra Nevada's Torpedo Extra IPA. The difference though is that this beer has a distinct woody character, flavor and dryness. From reading the story I linked above, that's because the brewers used American Oak in the brewing process. It's noticeable!

Also noticeable is the alcohol, which really brings out a lemony bitterness in the finish. Carbonation and body are perfect. It's too bad this was forgotten for a while, but I must say the brewery definitely recreated something excellent. Very enjoyable all around! 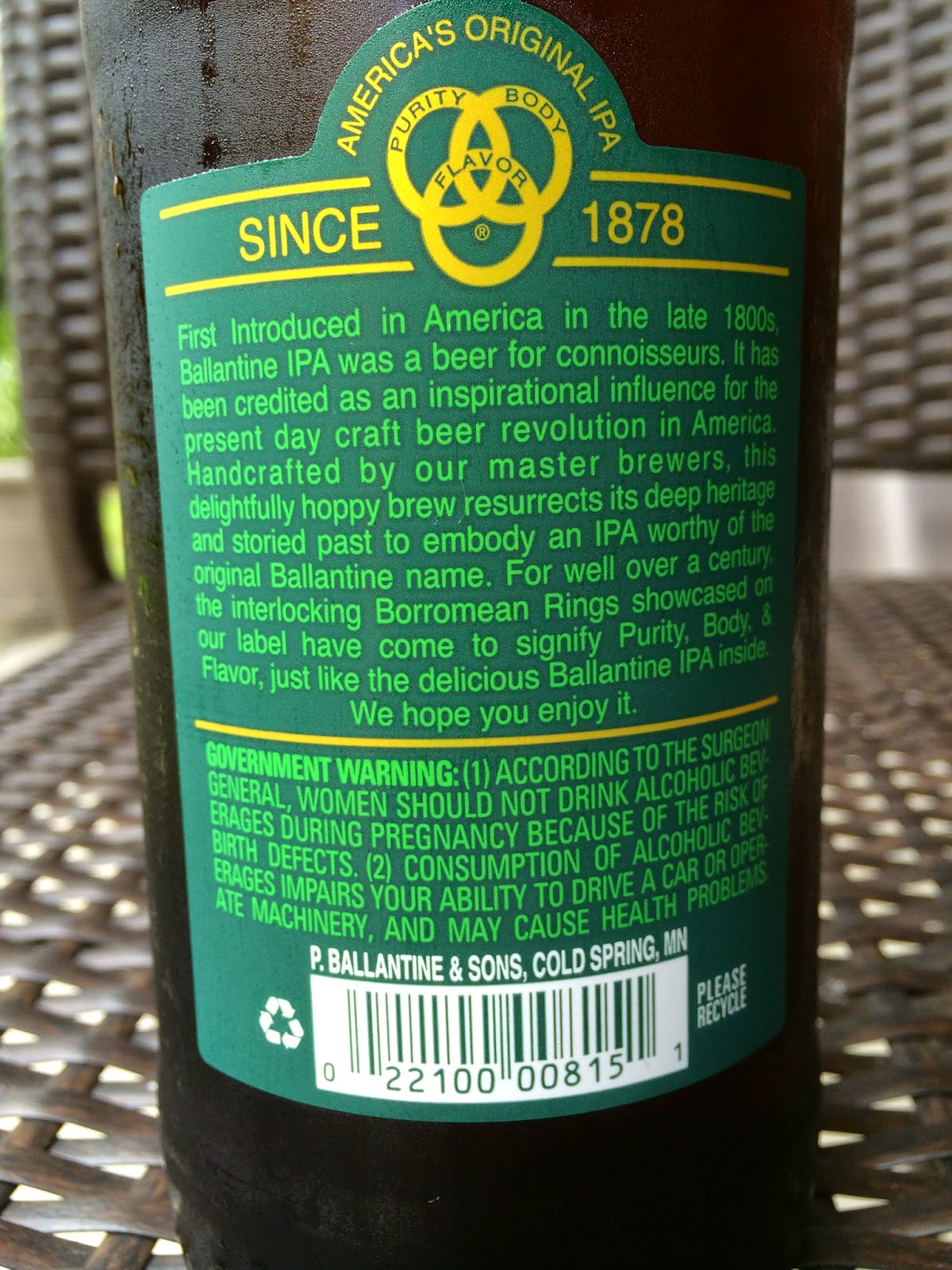