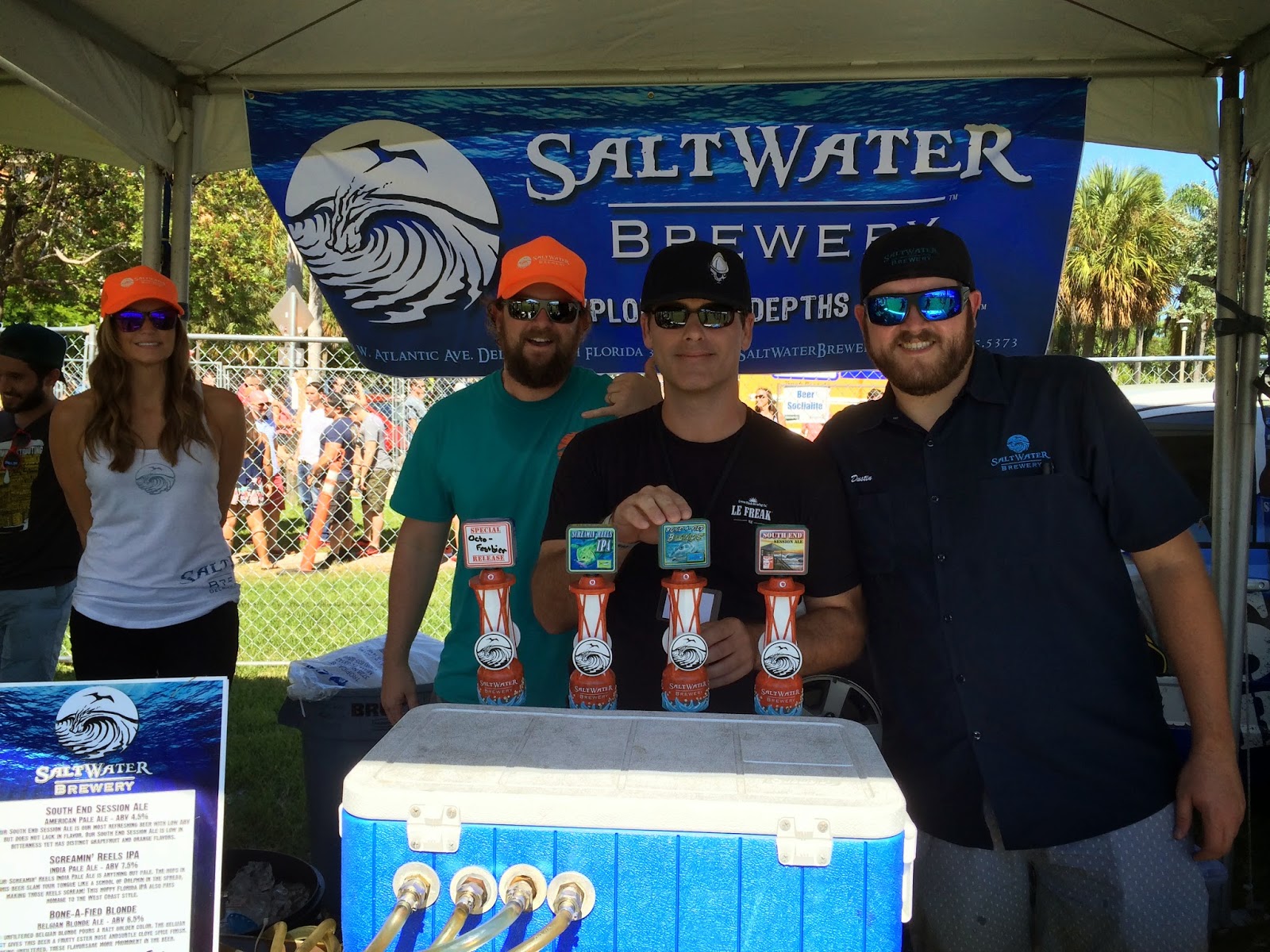 This past Saturday, Peacock Park in Coconut Grove hosted the 4th Annual Grovetoberfest! I don't know how the organizers do it, but they always get some of the most gorgeous days to host their events. And Saturday was no exception--not a cloud in the sky! But it was HOT, perfect weather for beer drinking! Yes, even the stouts!

My wife and I made the rounds, stopping by almost every table to see what beers they were pouring. It was cool to see a bunch of new breweries there--Biscayne Bay Brewing, Saltwater Brewery and Boulevard Brewing off the top of my head. We started with some of the local breweries that we knew would be mobbed later in the afternoon, especially with their special tapping times on a few beers. Funky Buddha, Due South, Cigar City, Saltwater, Wynwood, Biscayne Bay, Native, Miami Brewing, Florida Beer, Islamorada. Don't kill me if I missed one. 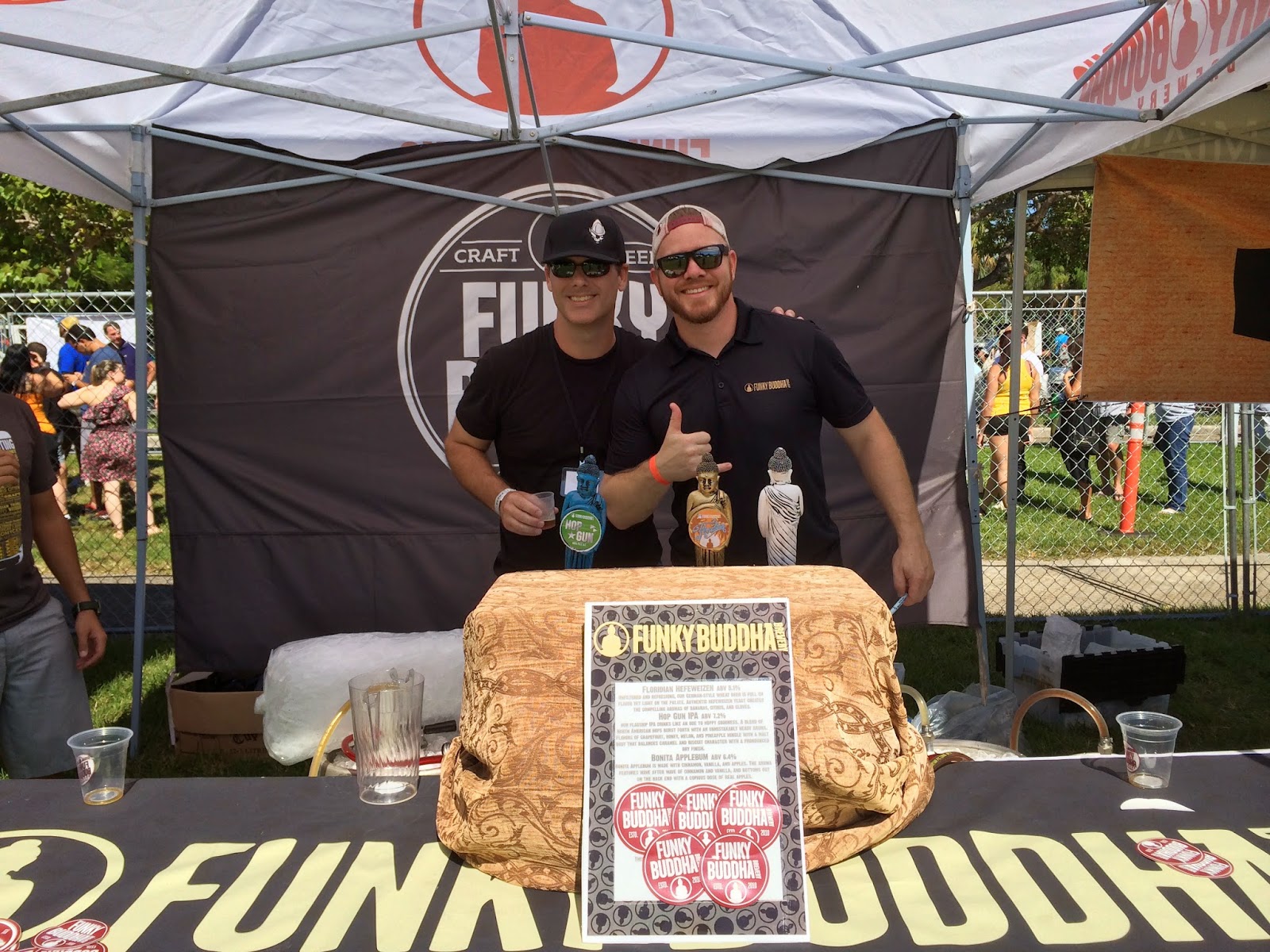 After grabbing some food, we headed to the name brands everyone loves. My personal favorites were Lagunitas, Founders, Terrapin, Green Flash, too many to name! We bumped into a lot of regulars and friends and even some people we never thought liked craft beer--go figure! I took a bunch of pictures of people representing certain beer brands with their shirts!

Besides the beer vendors, there was plenty of food, a loud rock-n-roll band, pretzel necklace makers, homebrew competitions and cooking demonstrations too. I didn't see the Most Interesting Man in the World this year, so I just hung out with Sam Adams and the Blue Moon girls instead! In the end, my favorite beers of the day included Founders Breakfast Stout and All Day IPA, Terrapin Hopsecutioner, Funky Buddha Bonita Applebum, Boulevard Tank 7, and Lagunitas Little Sumpin' Sumpin' to name a few.

I tried to return the cap I stole from Biscayne Bay Brewing's mermaid as I had promised, but in the end was told I could keep it! I'm already looking forward to Sprung! in the spring and Grovetoberfest 2015 next October! Put it on your calendar now! Hope you enjoy the photos. 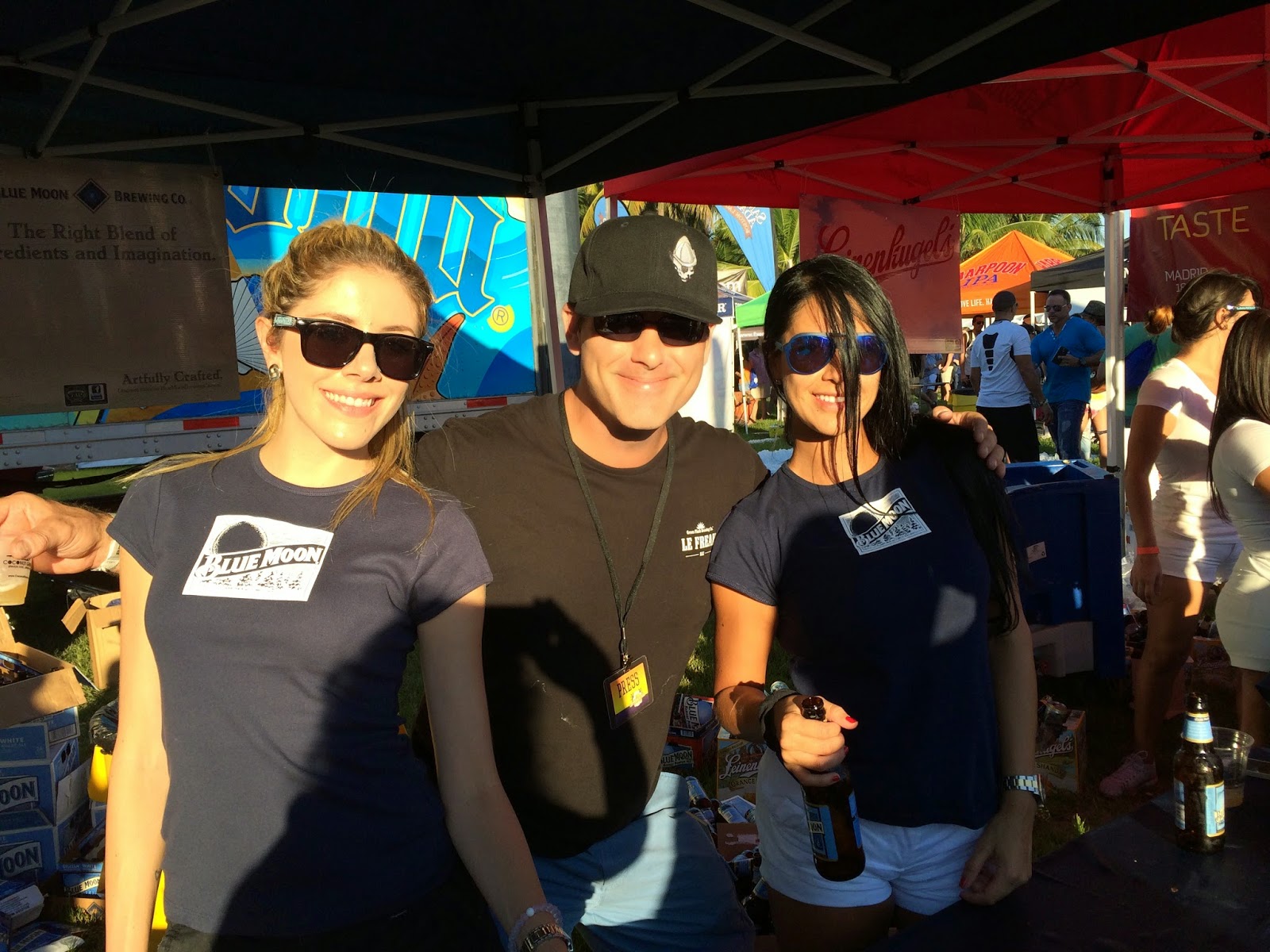 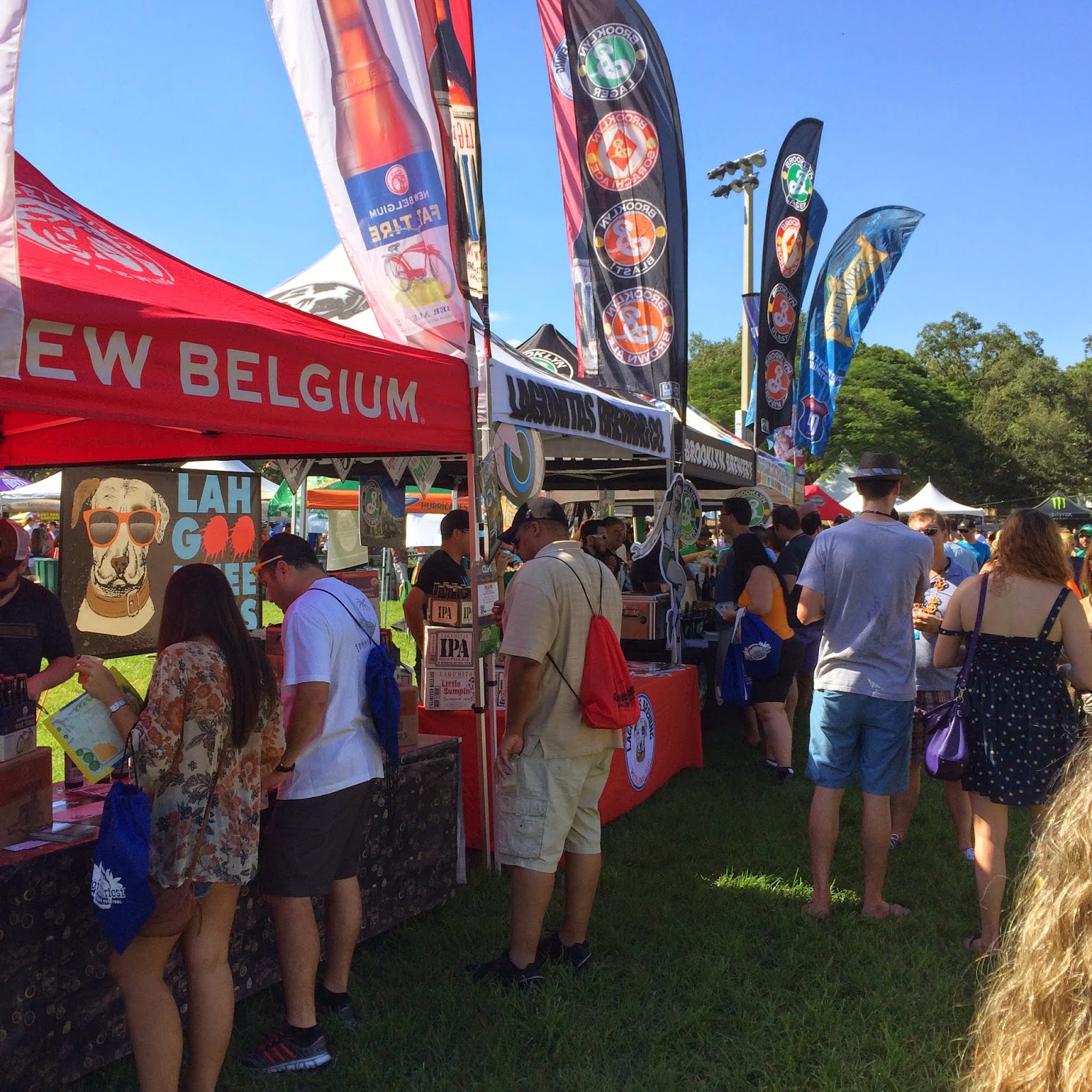 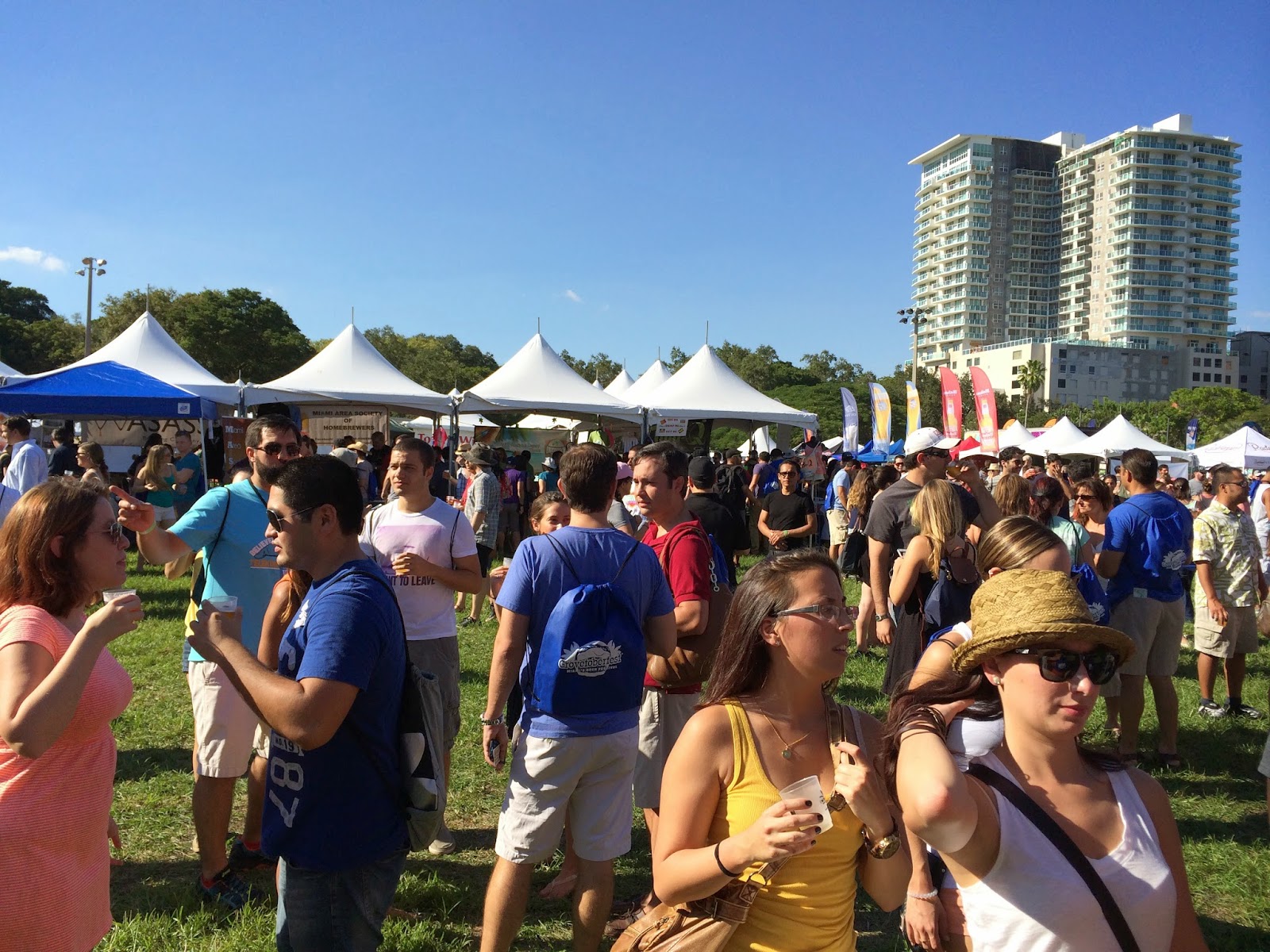 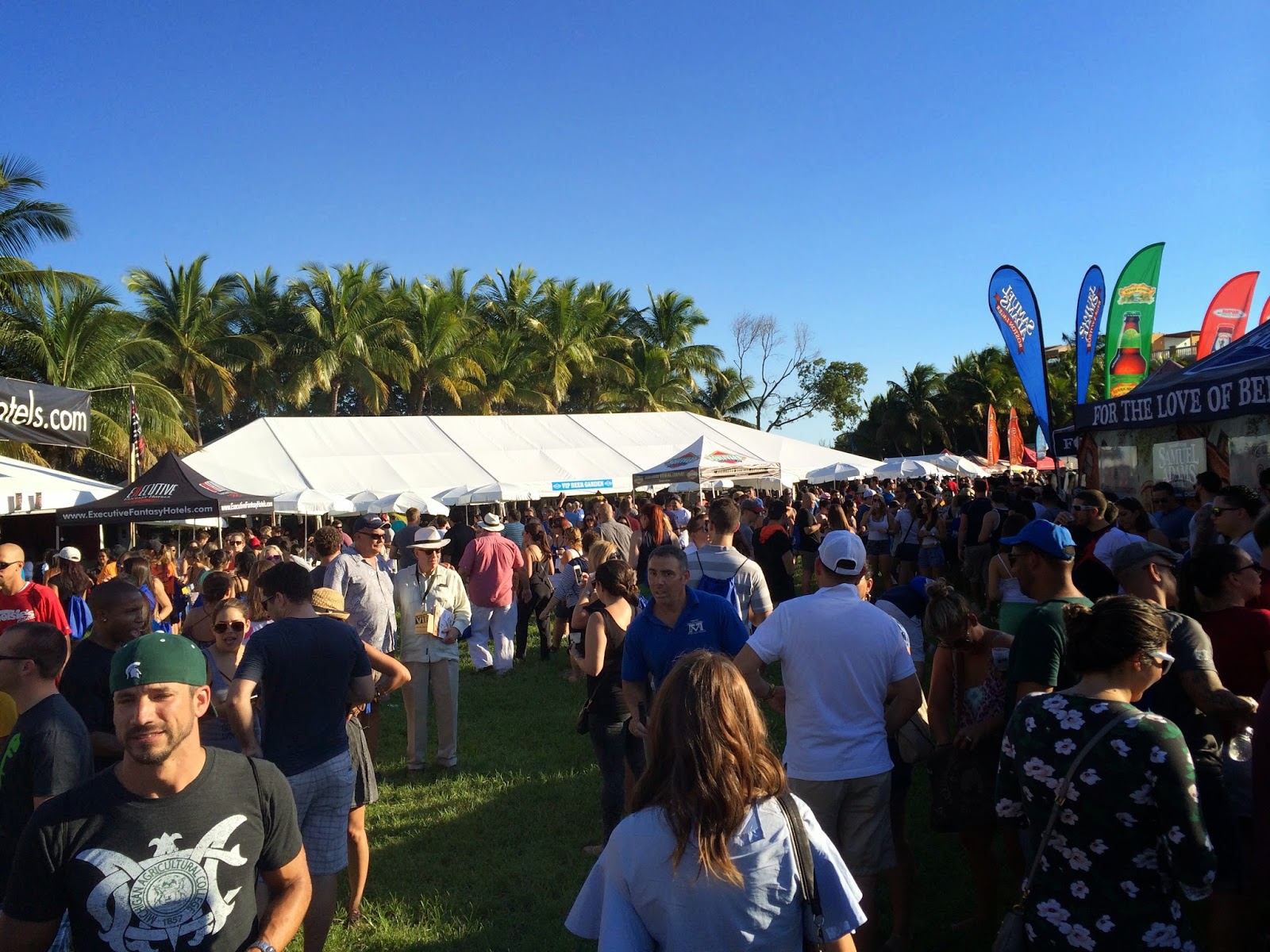 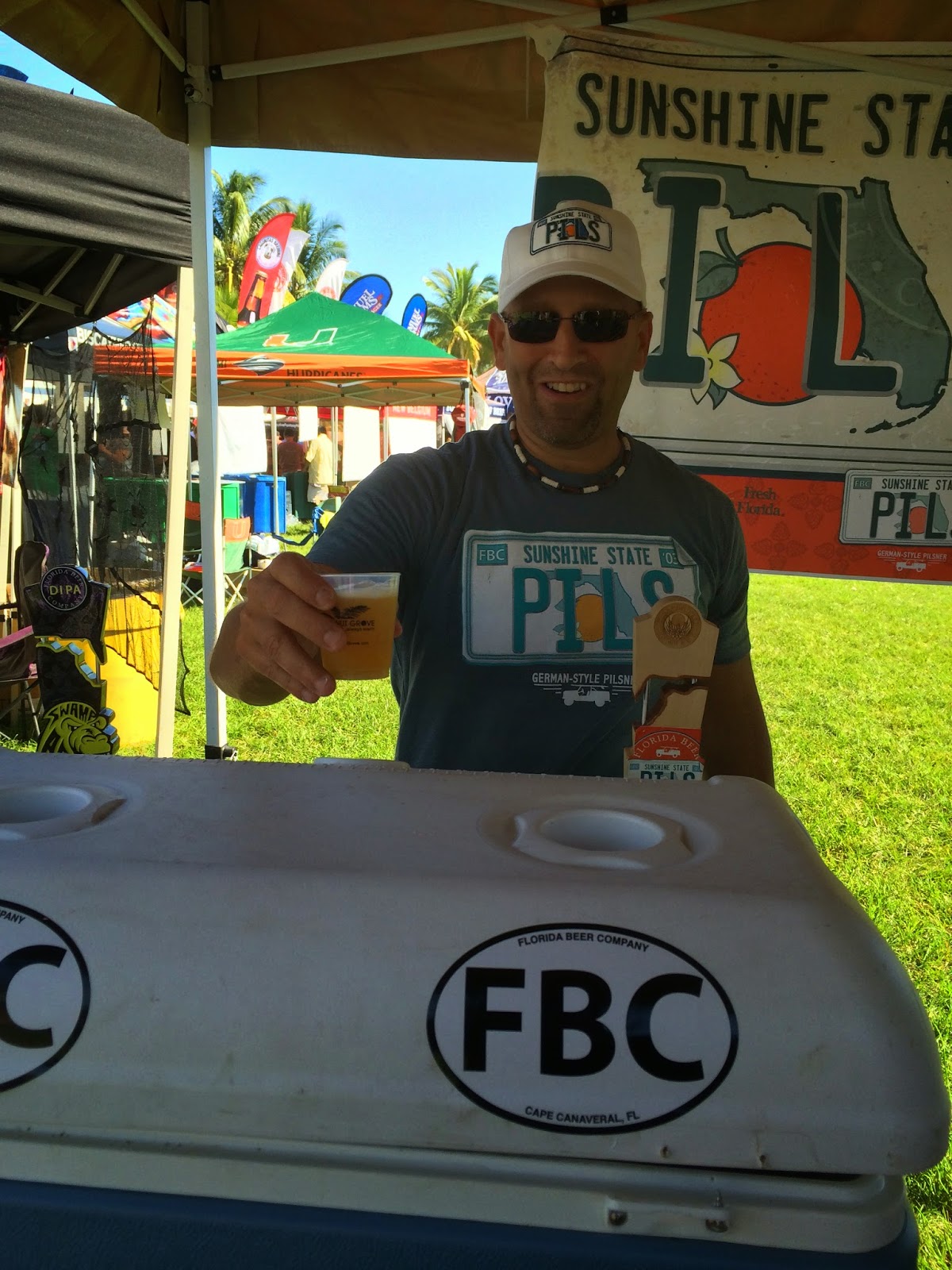 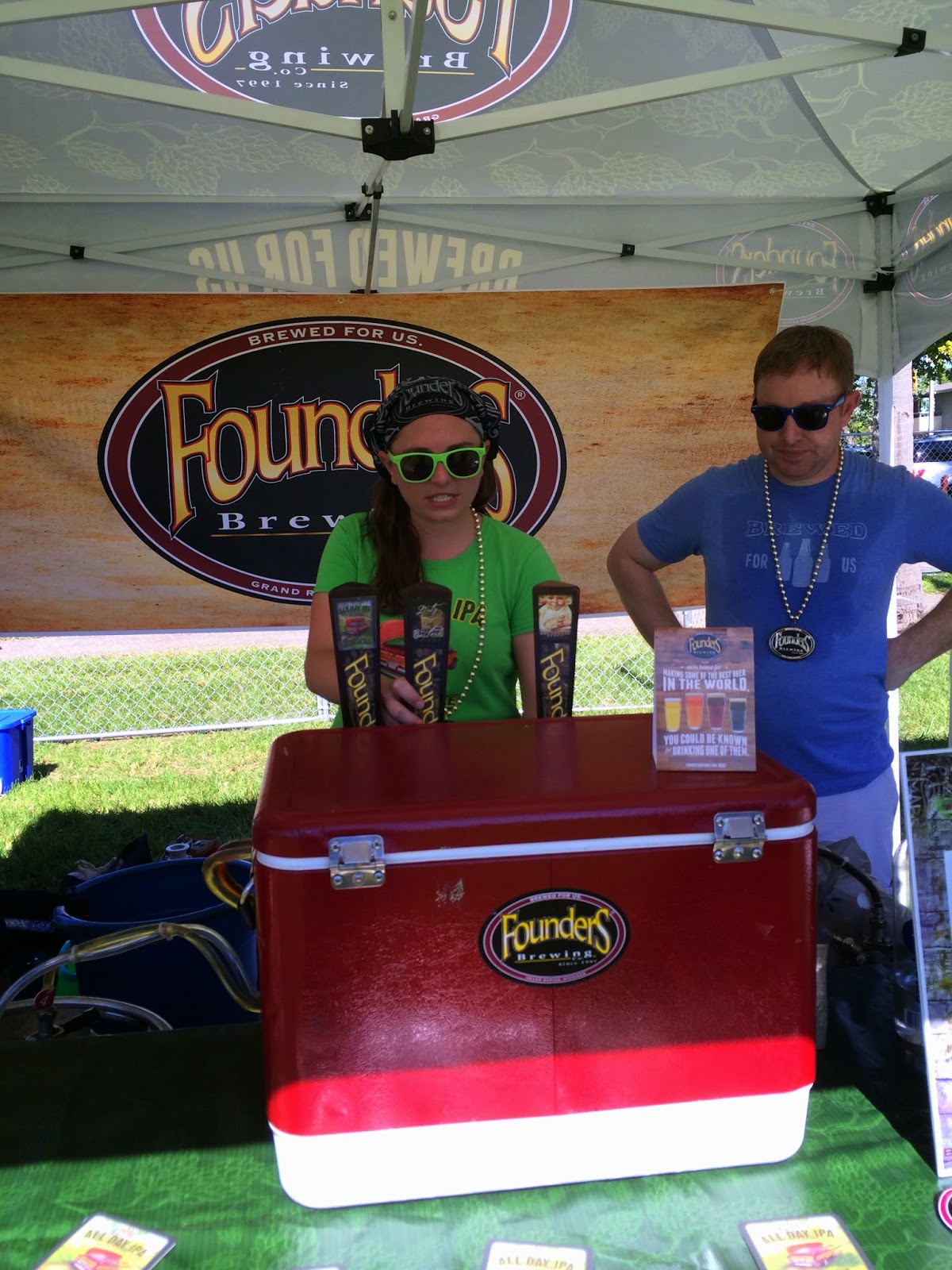 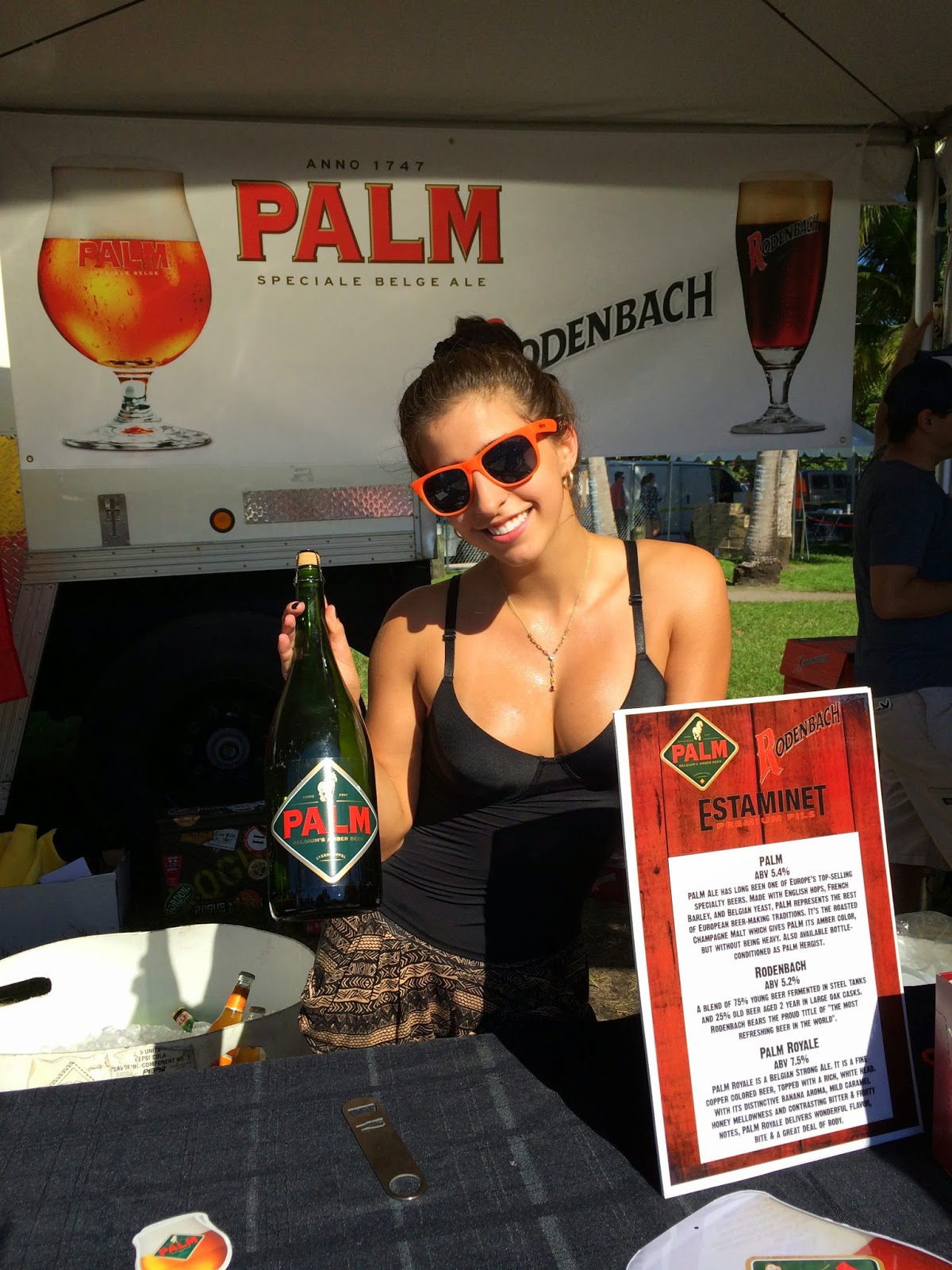 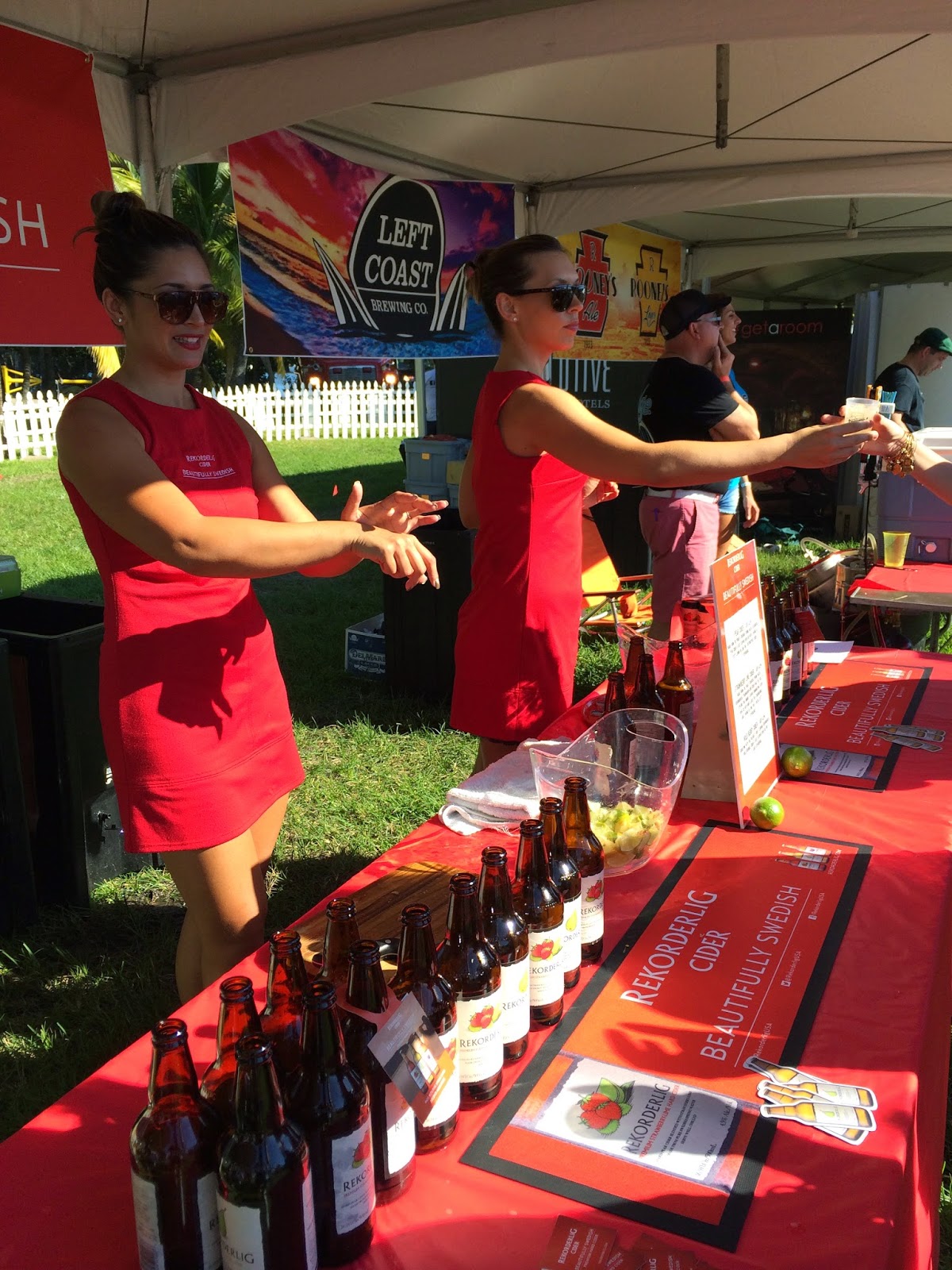 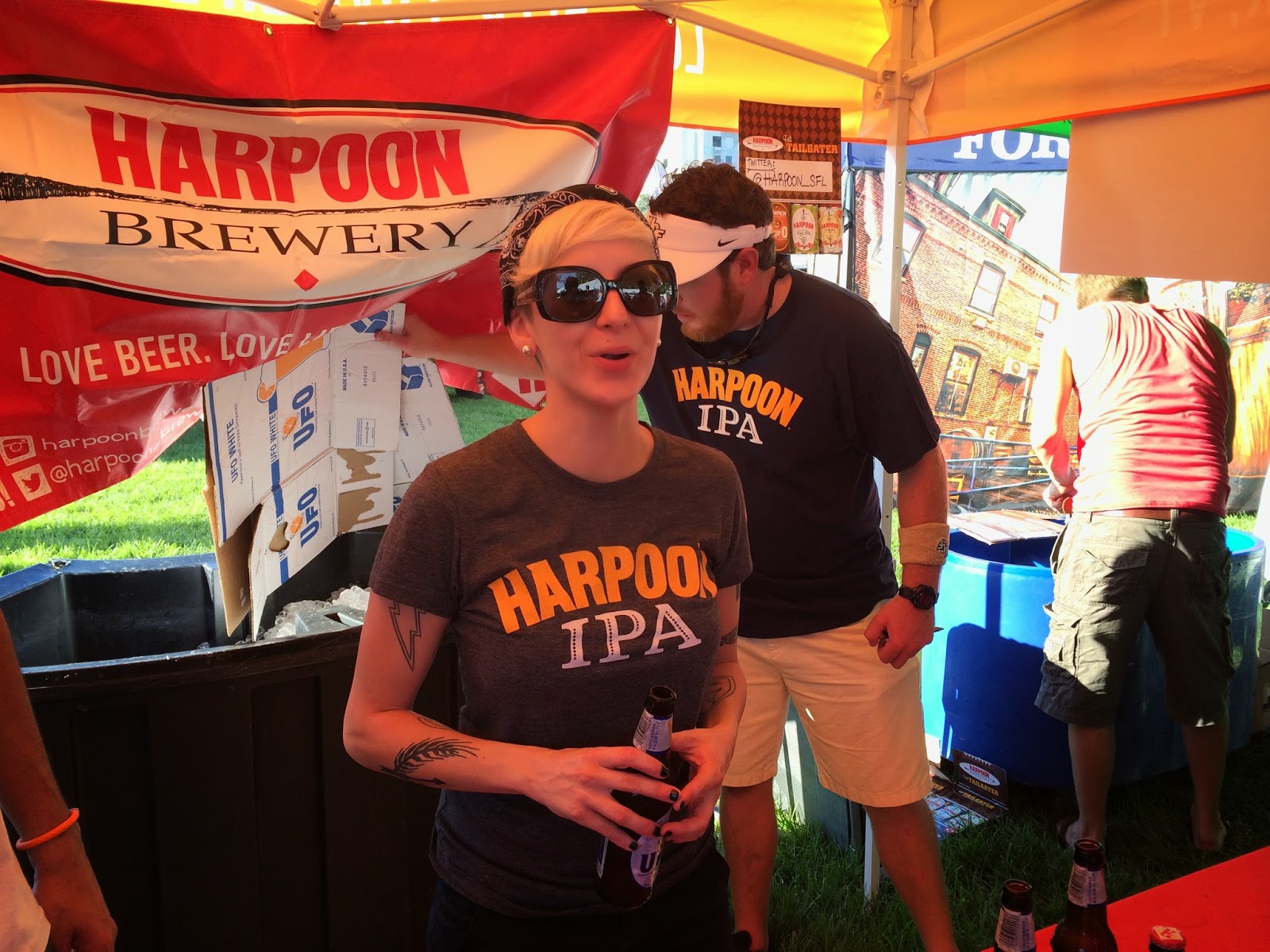 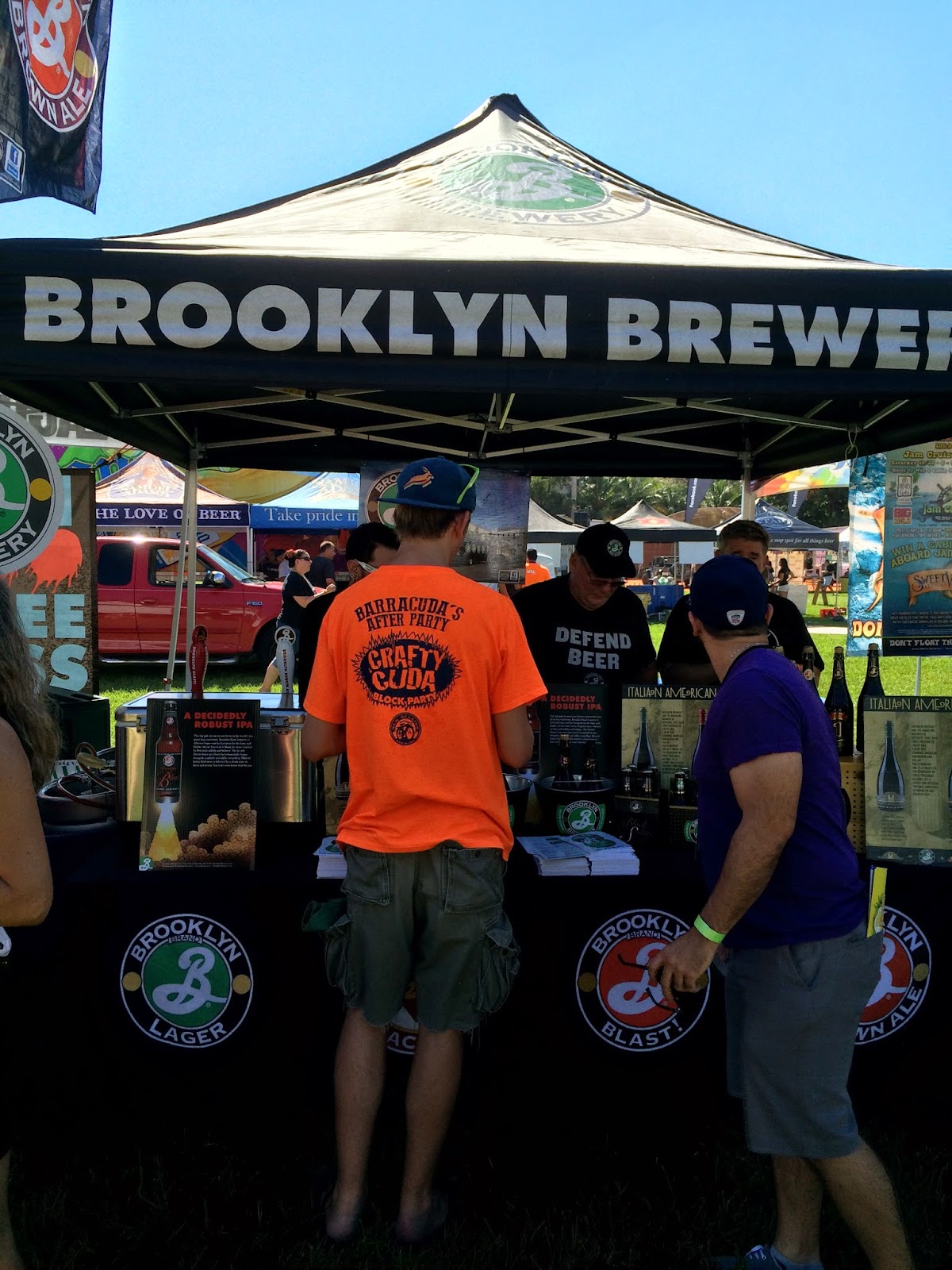 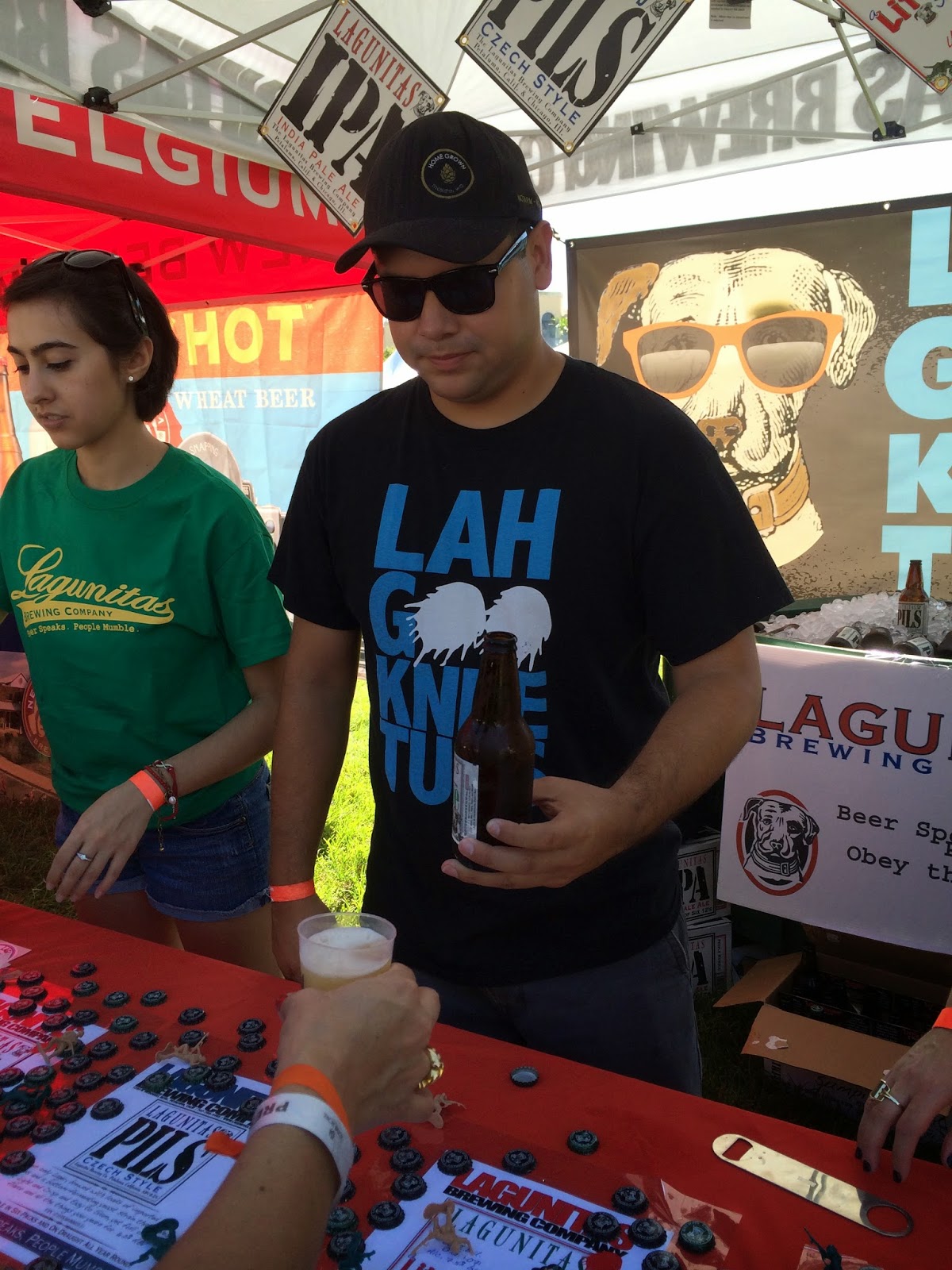 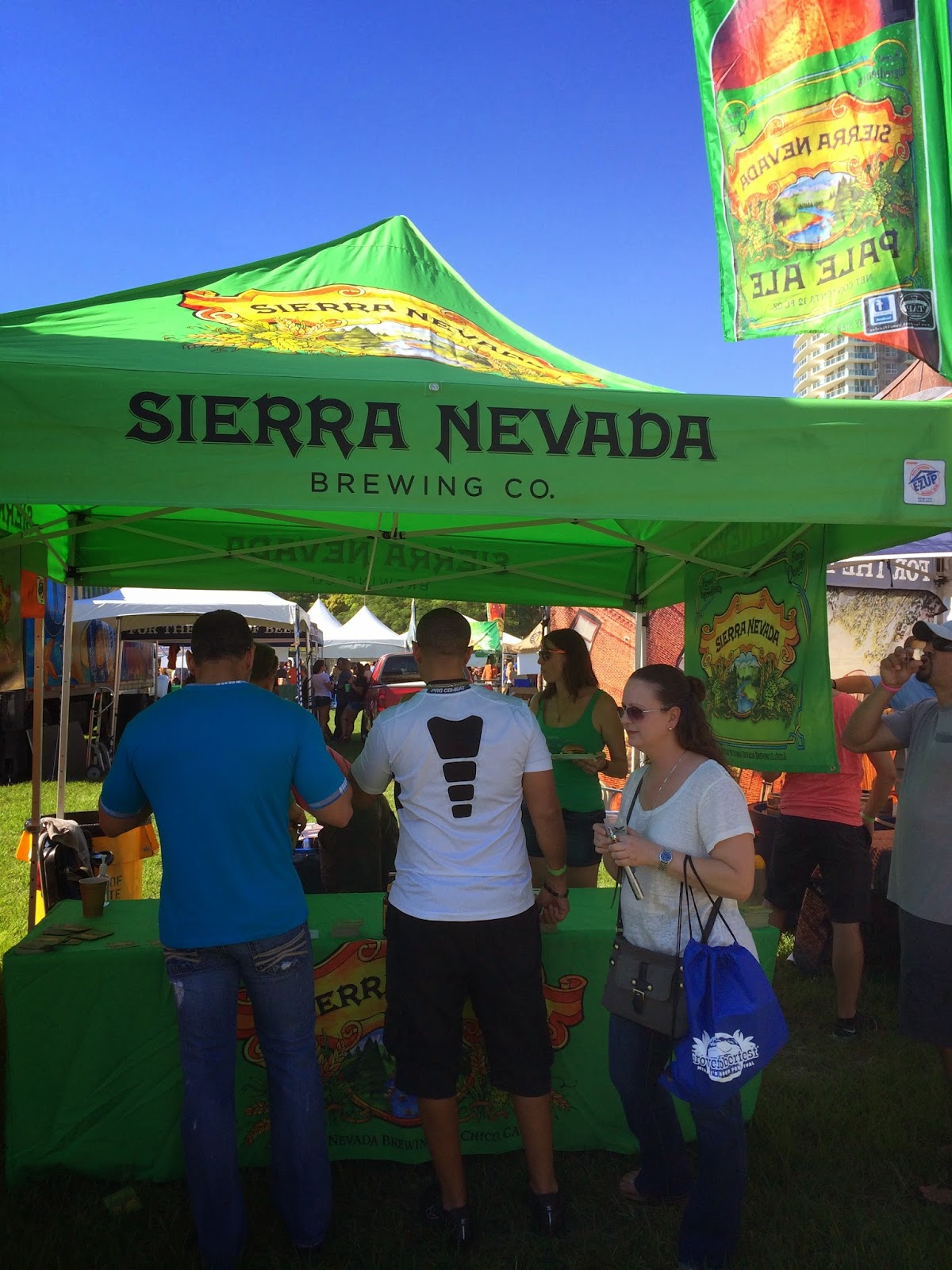 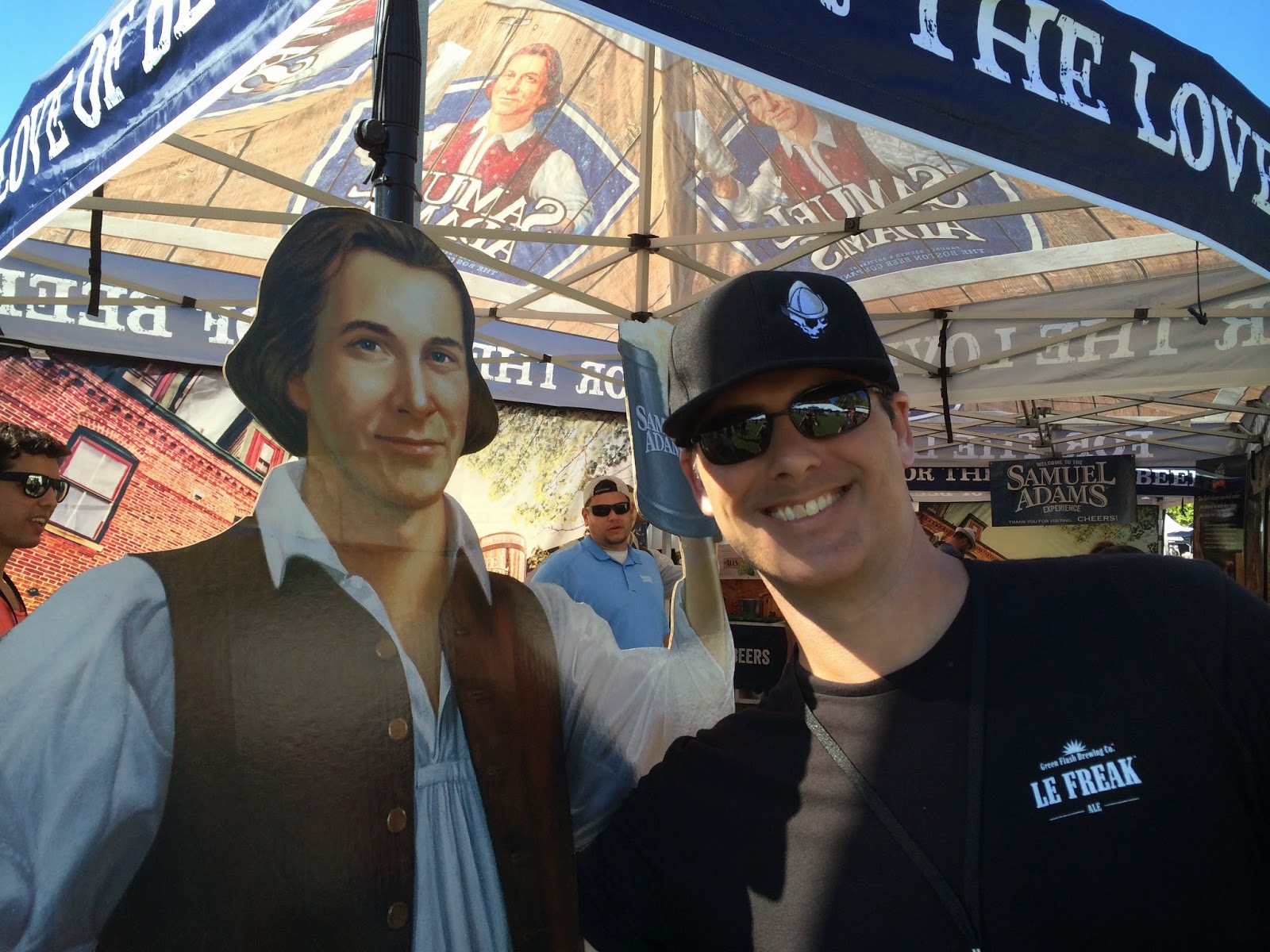 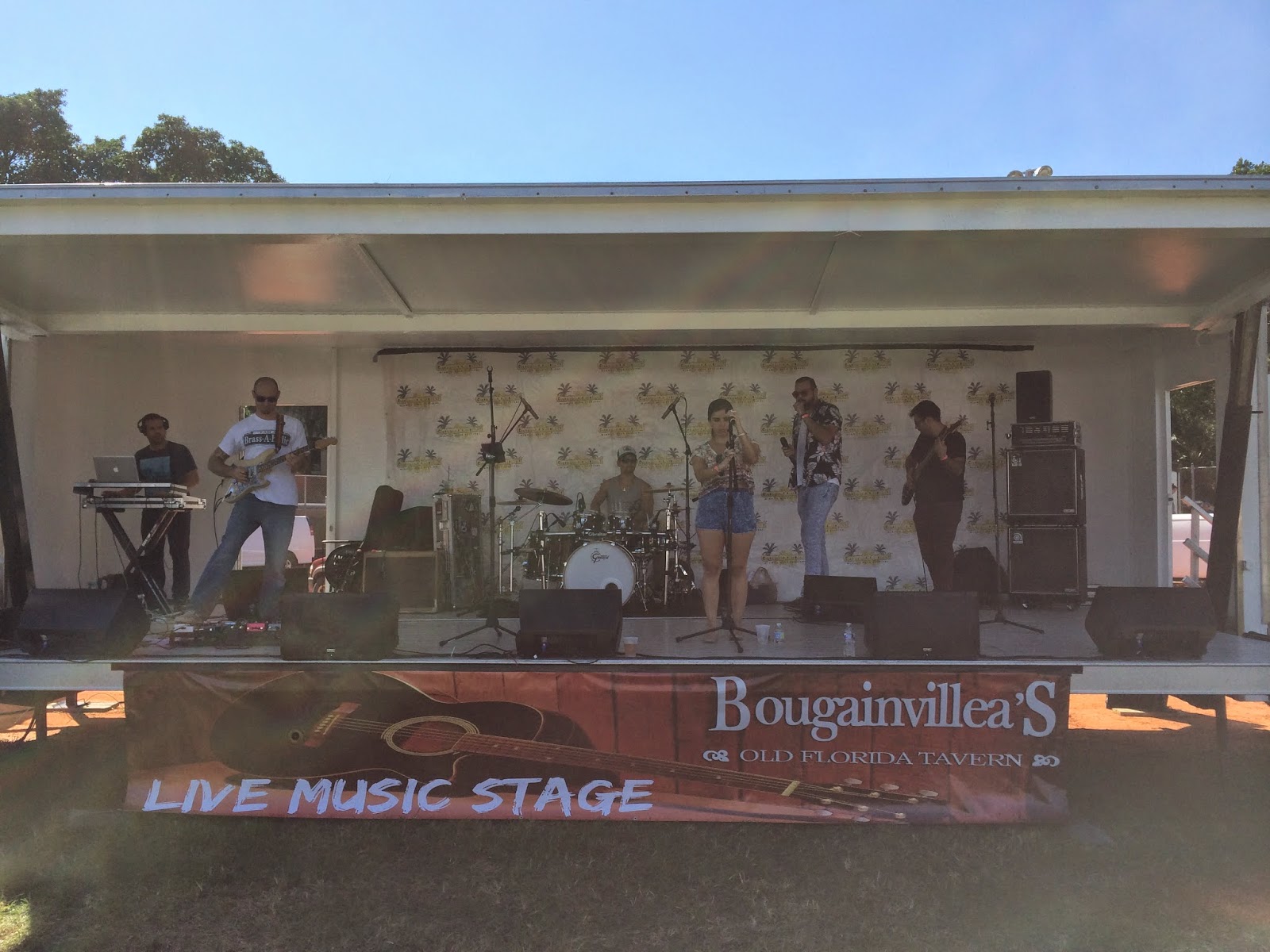 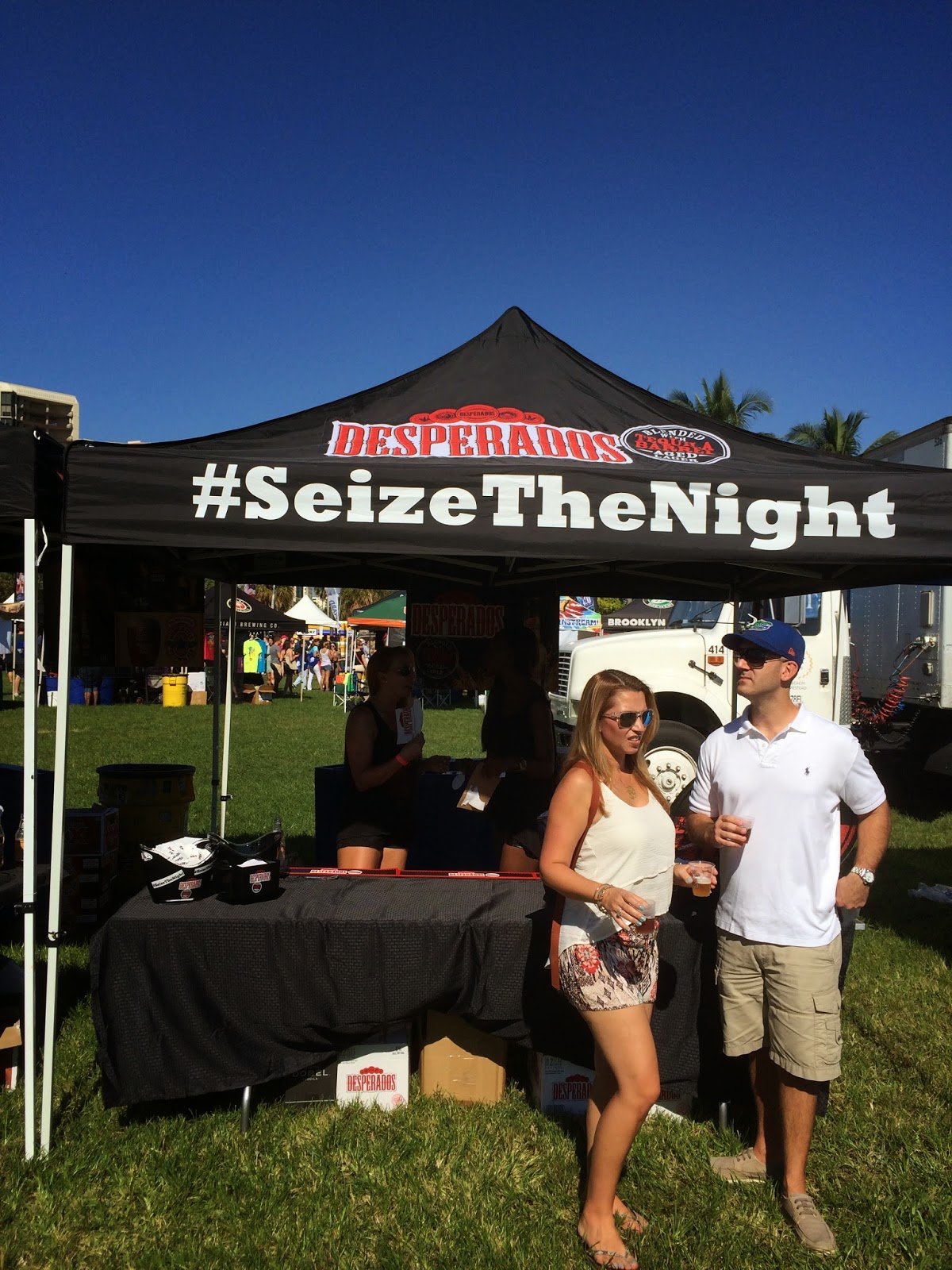 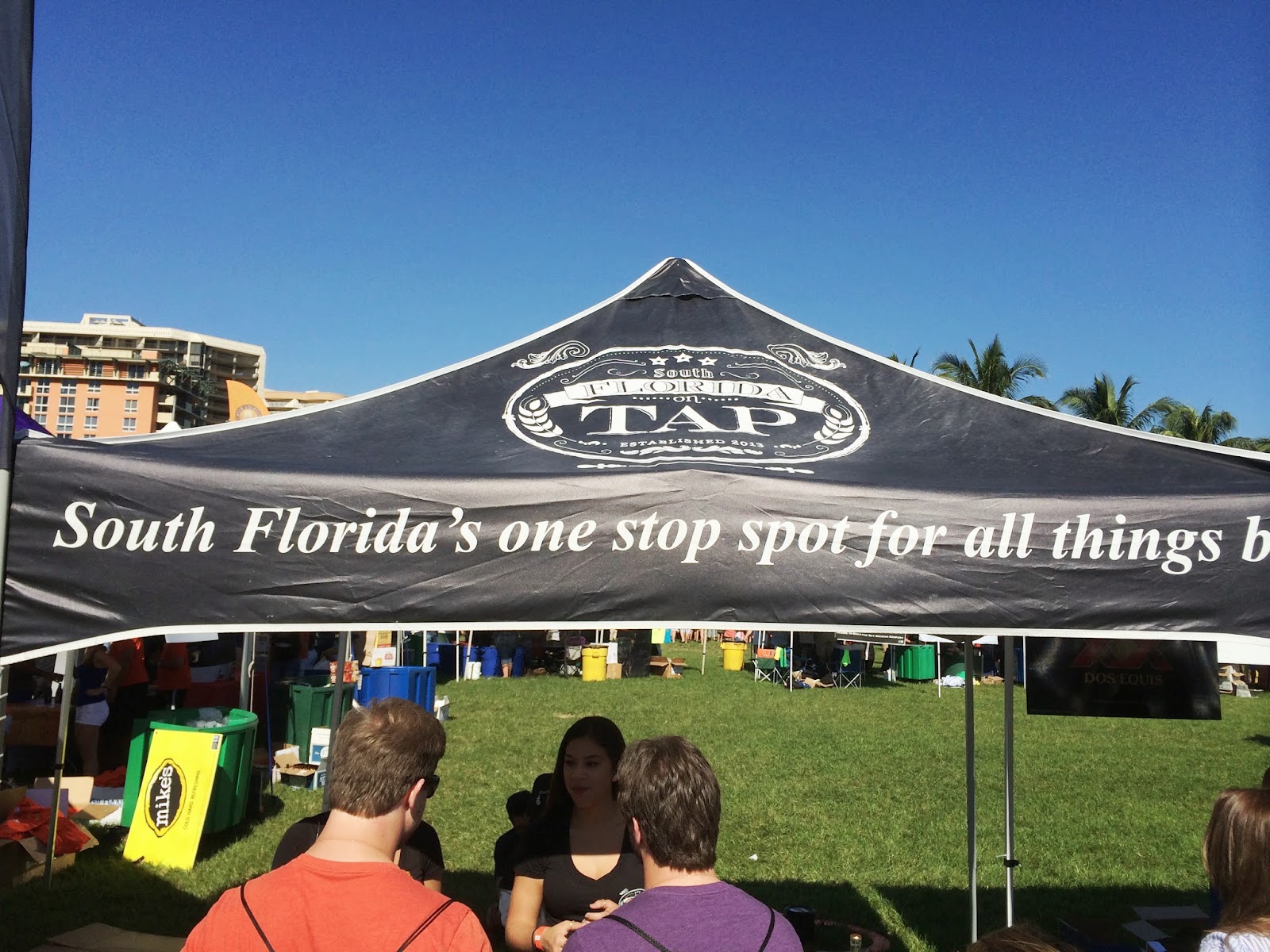 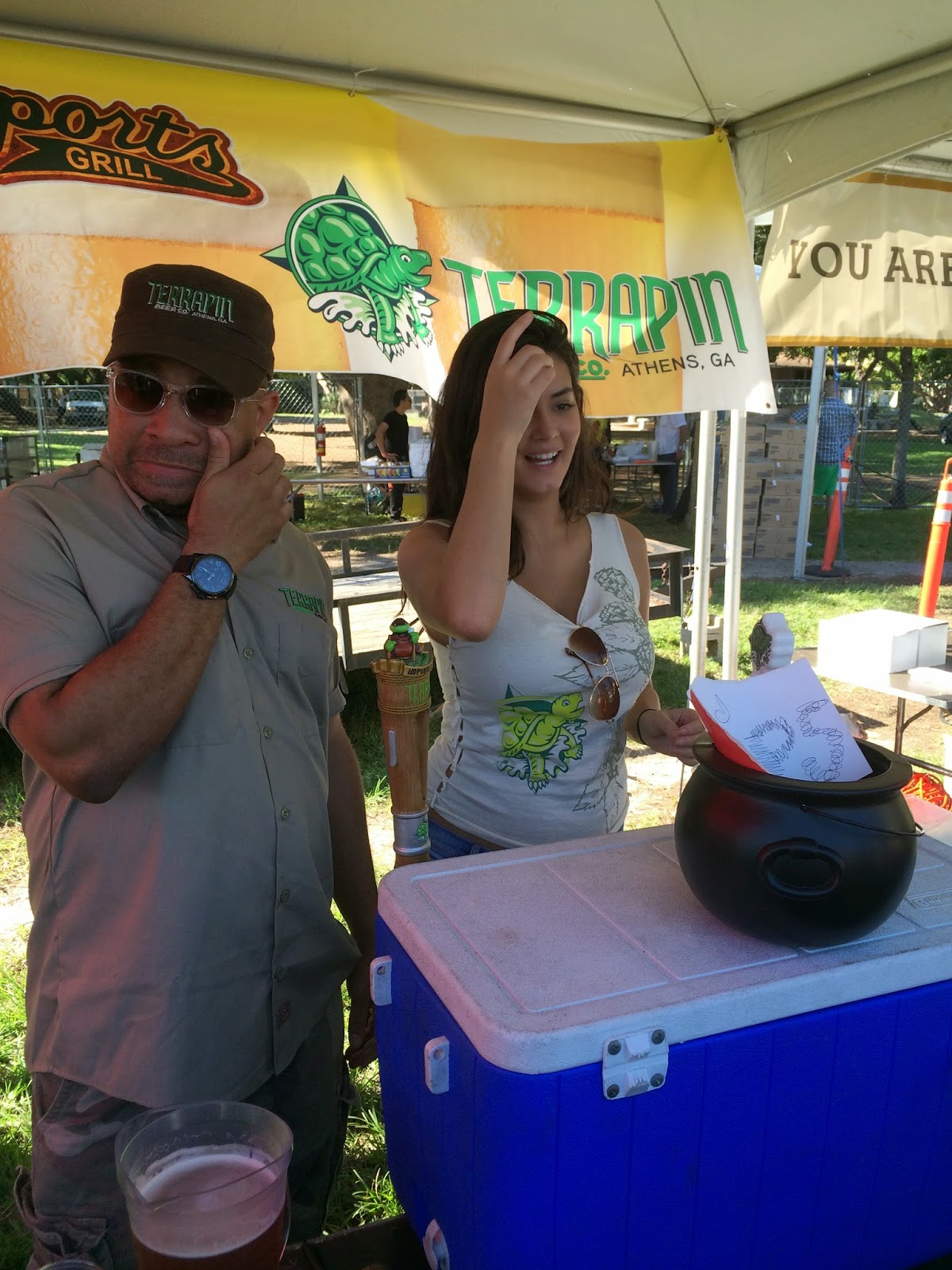 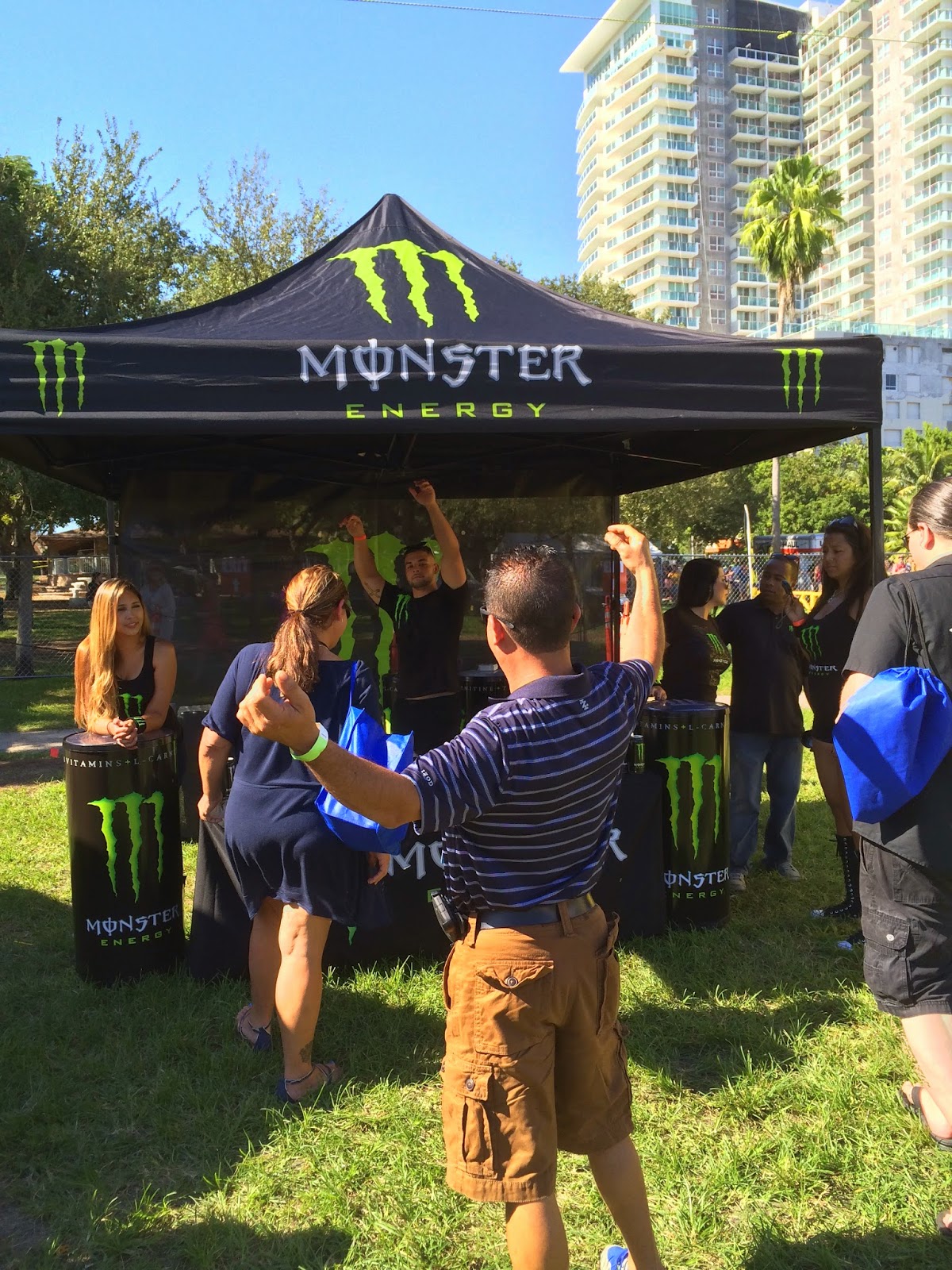 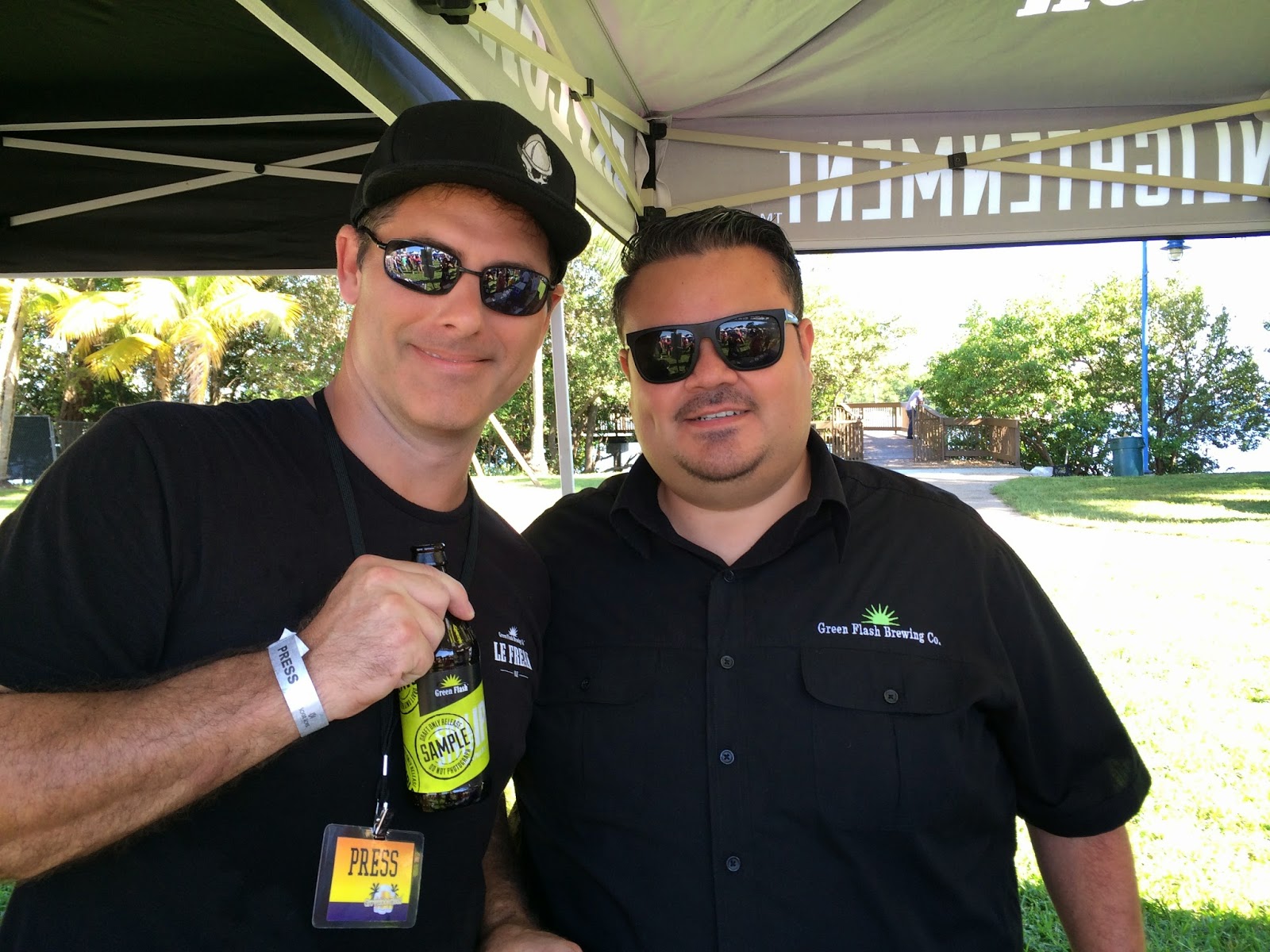 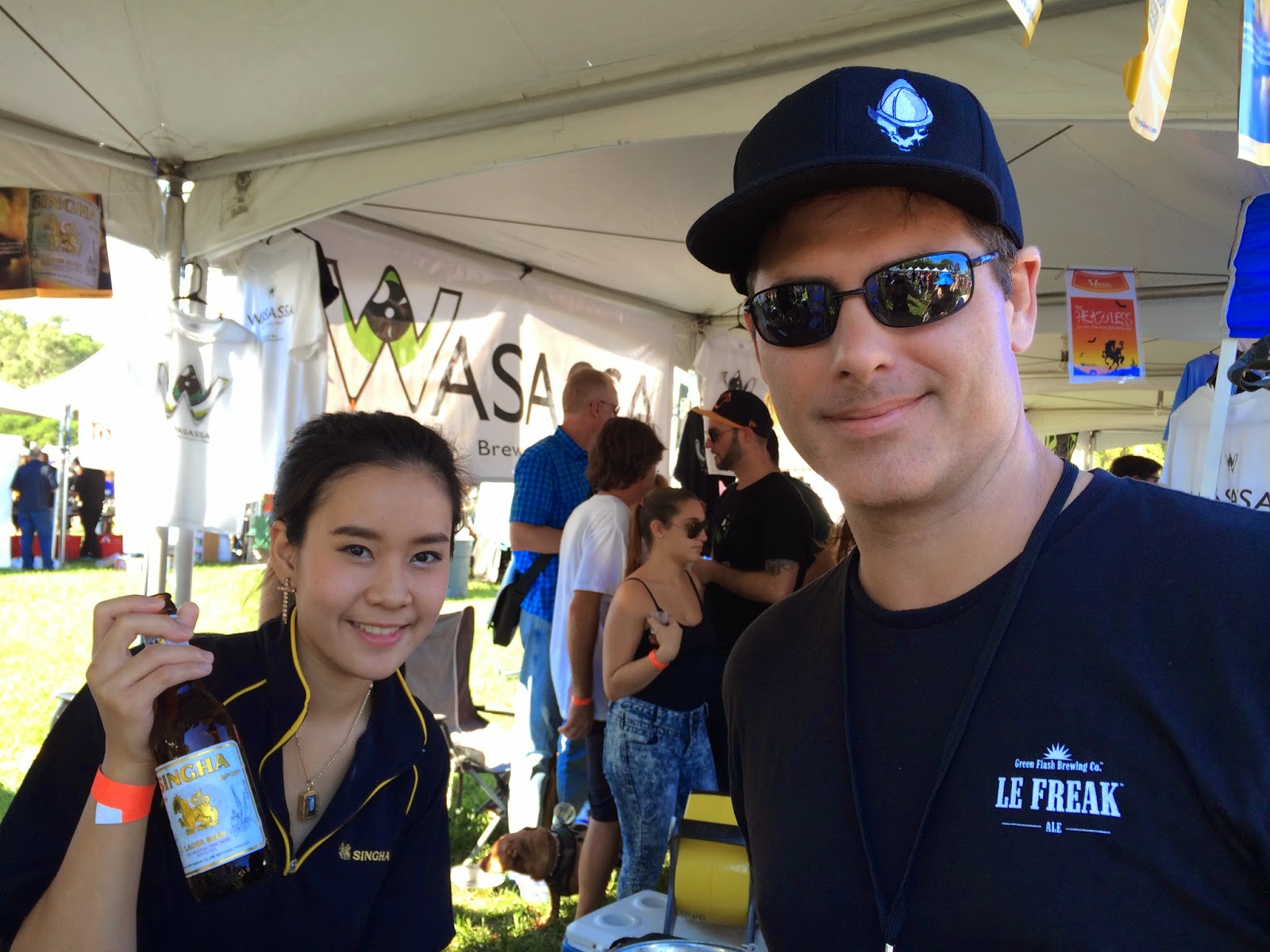 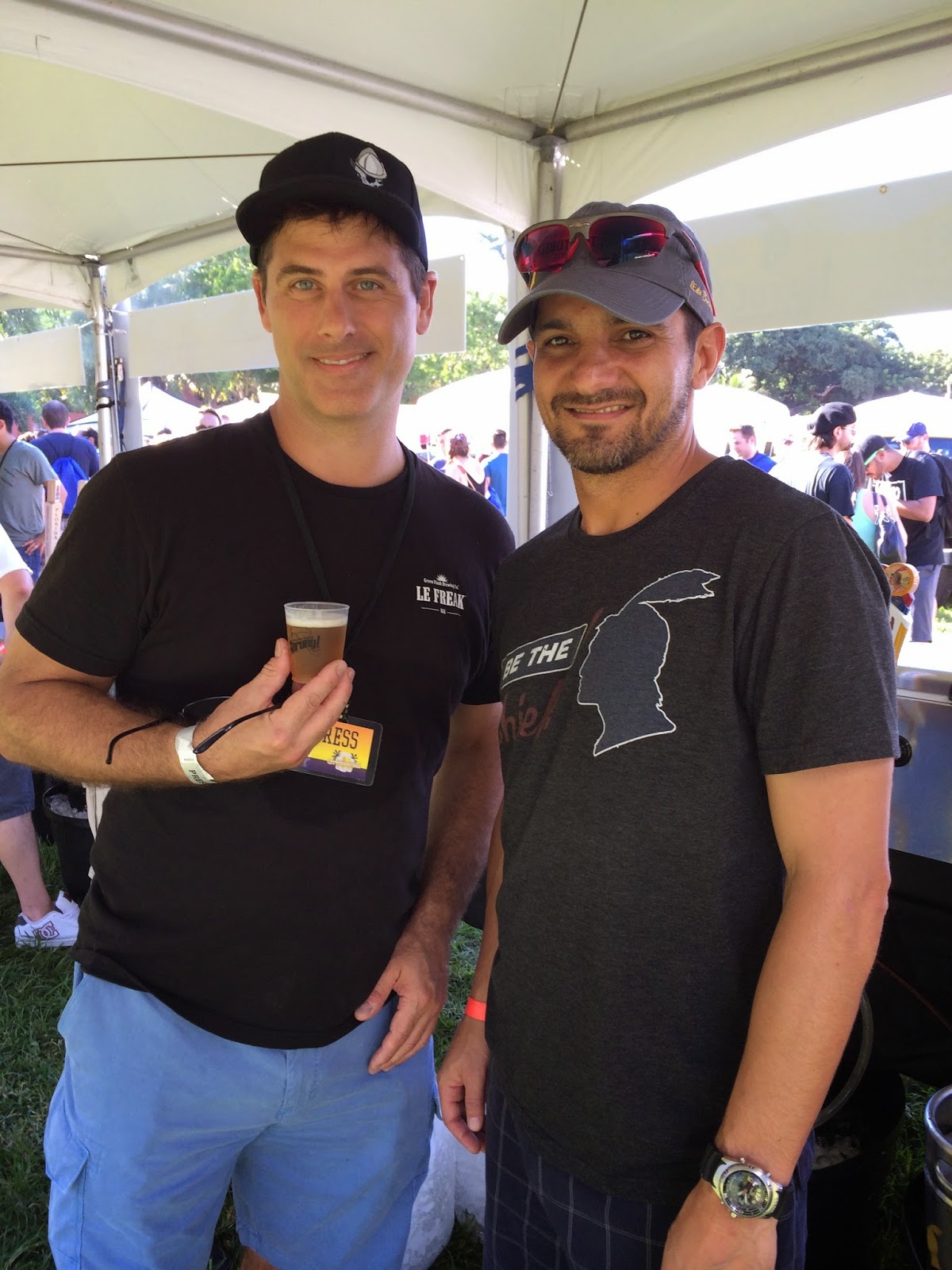 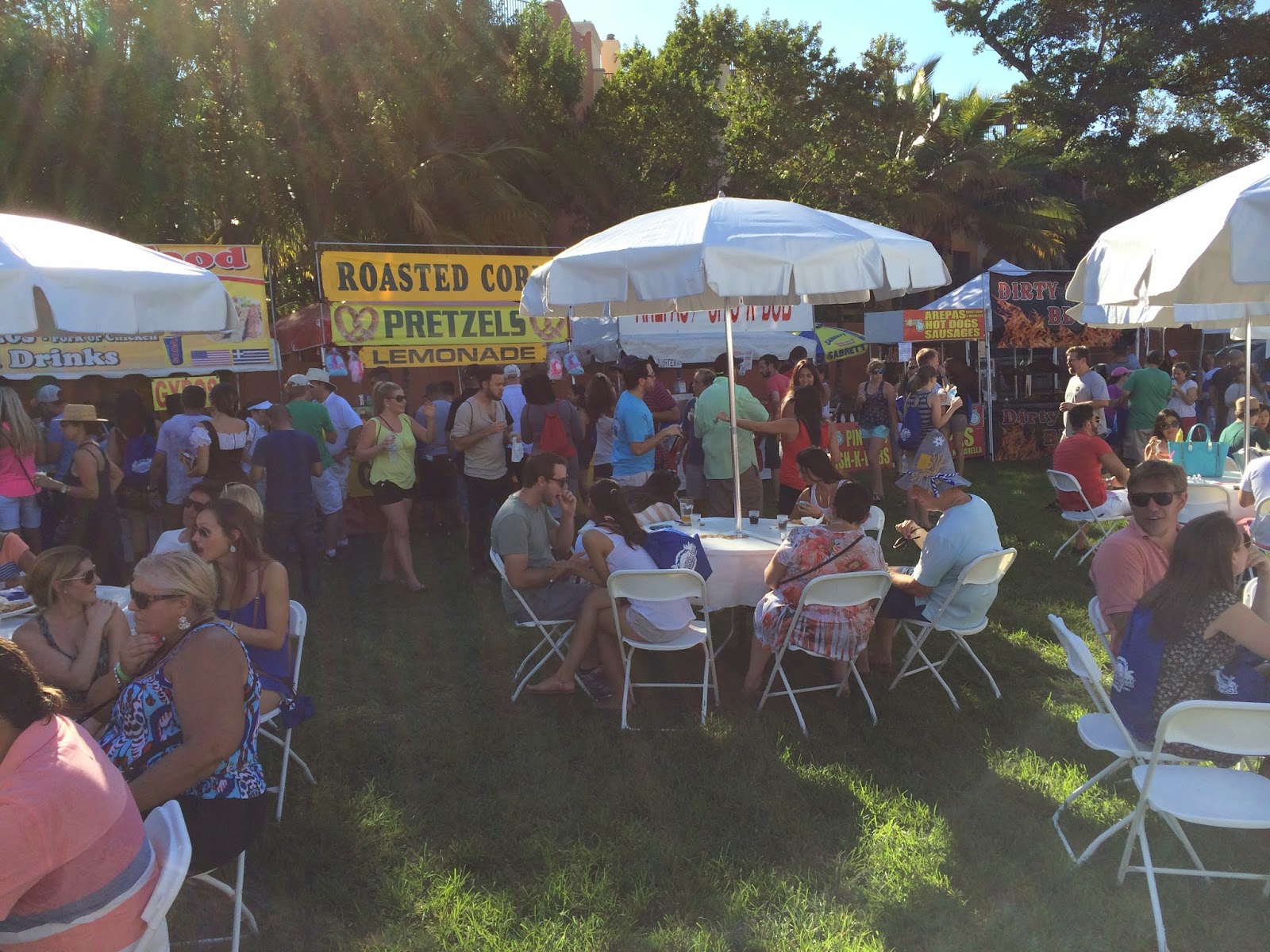 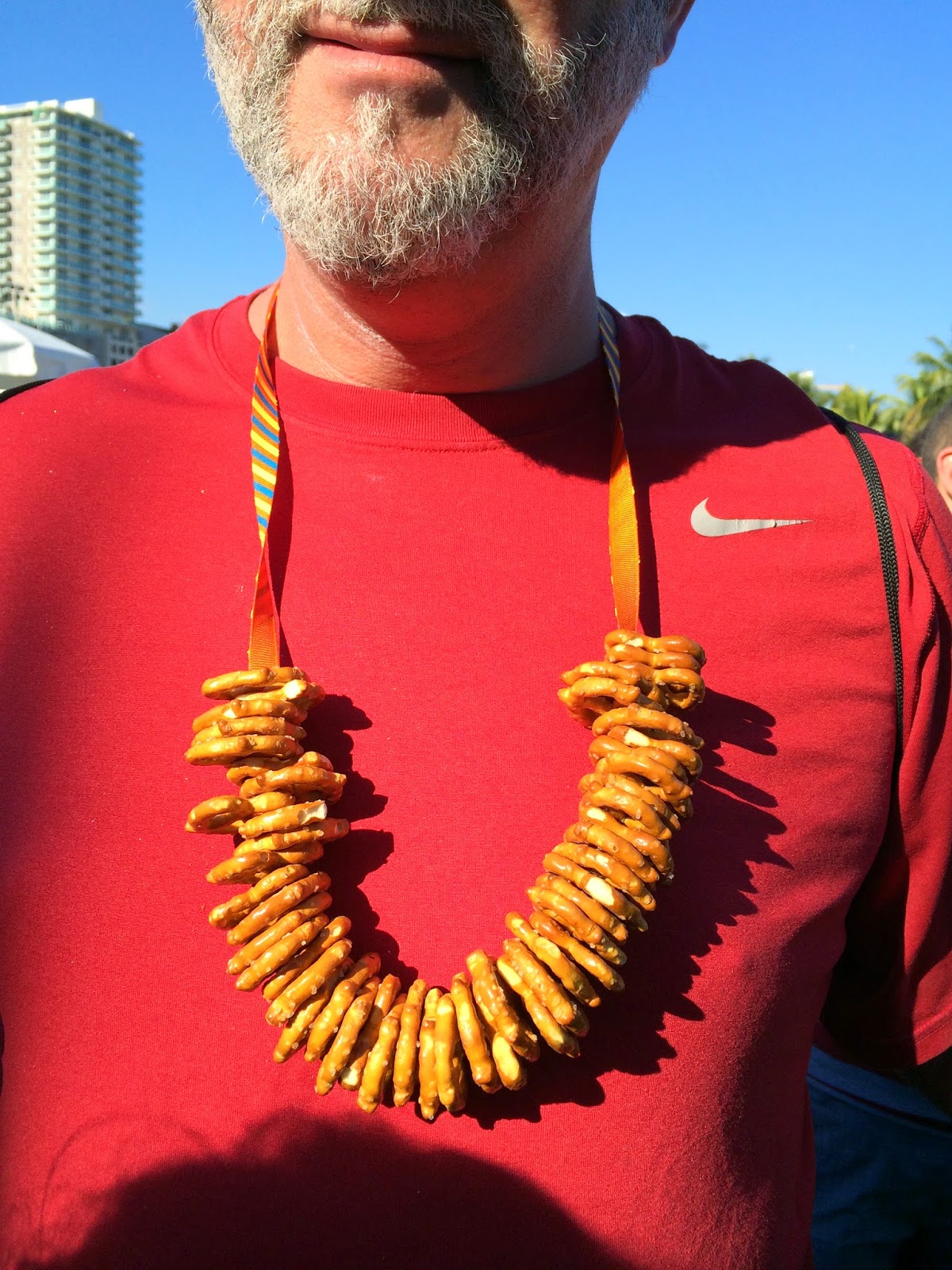 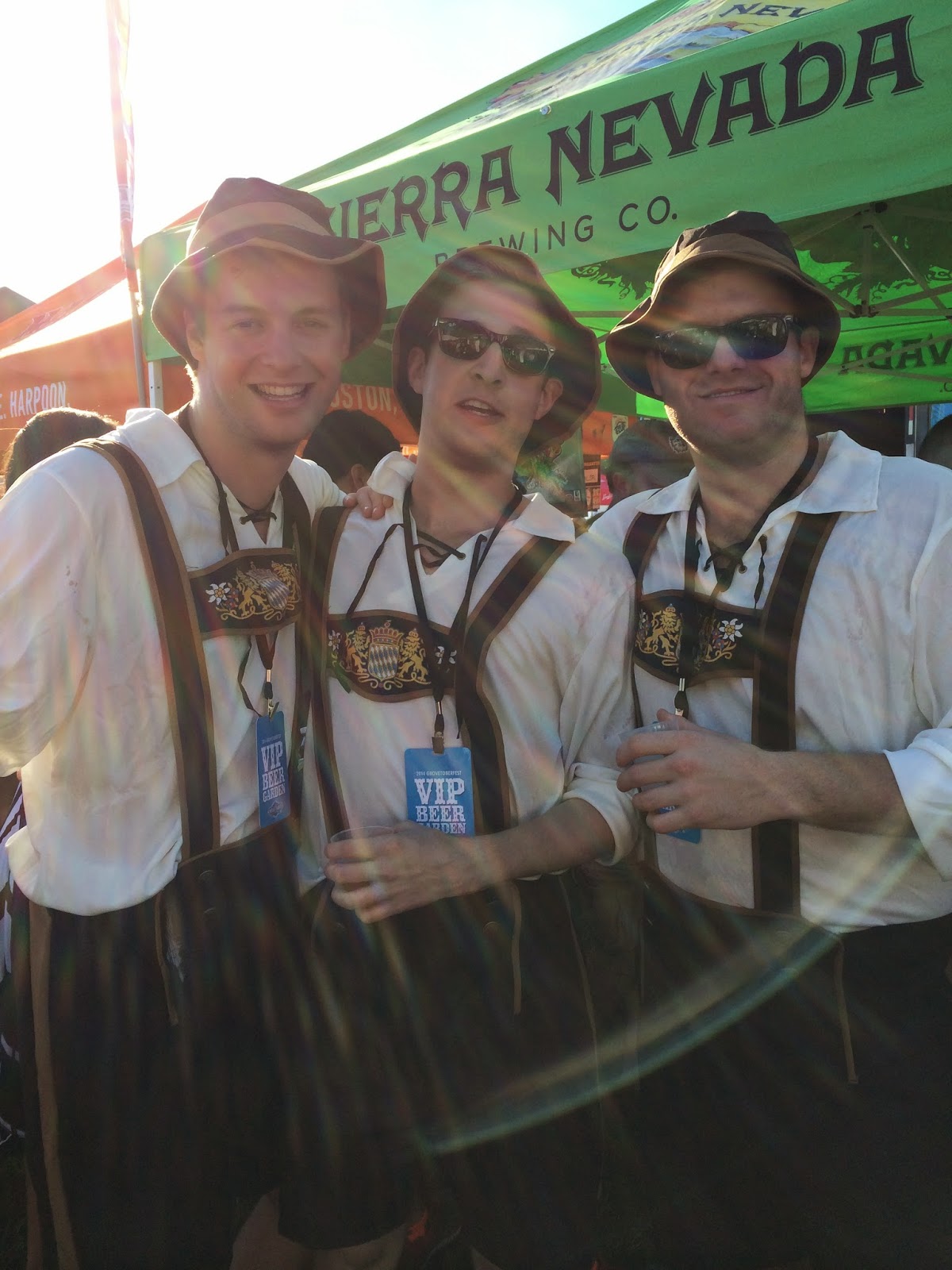 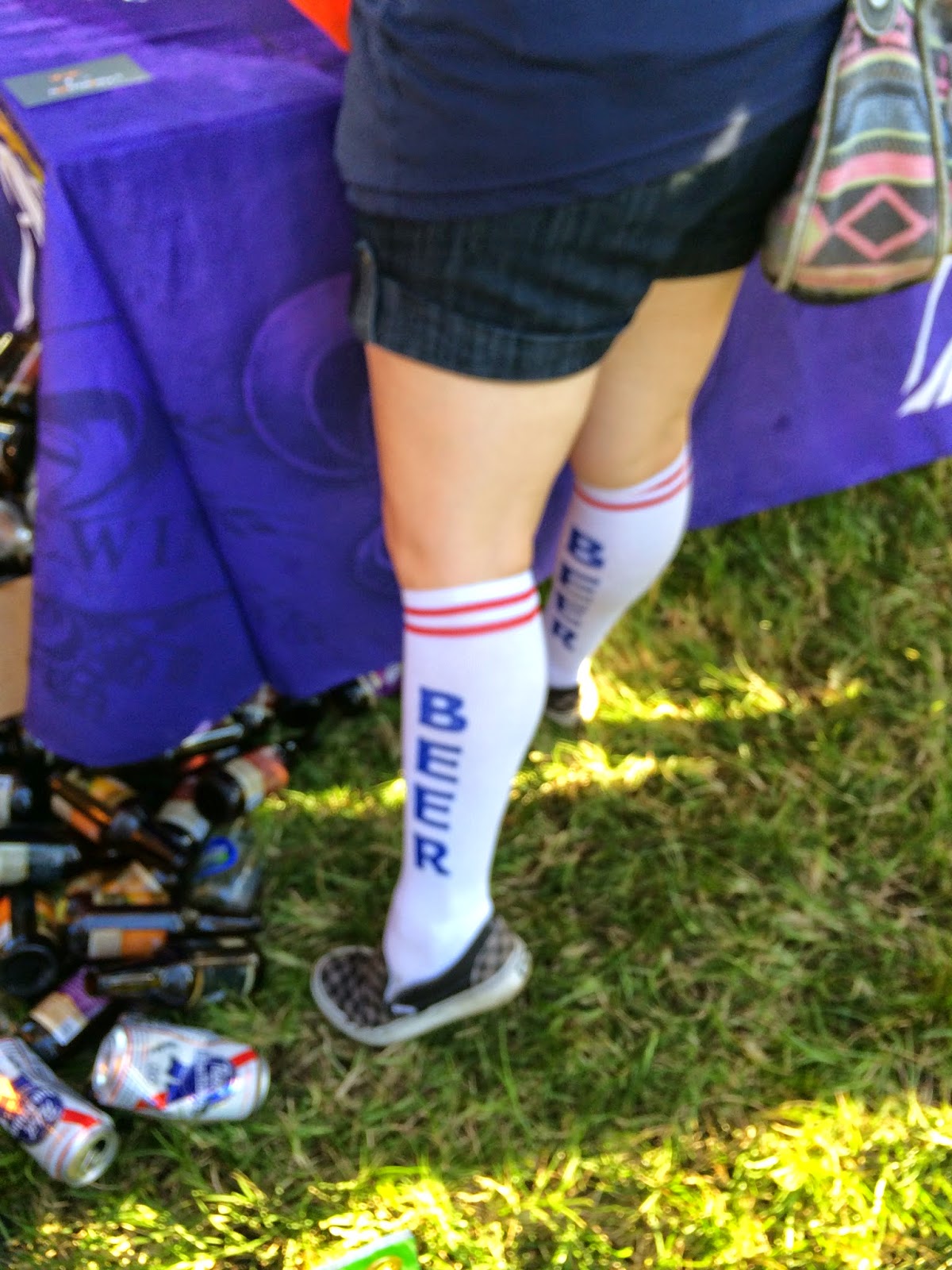