Today I'm checking out Jolly Traveler Winter Shandy brewed by The Traveler Beer Company in collaboration with the Boston Beer Company. The Burlington, VT brewery sent me a bottle of this new offering which they say goes against the grain of your typical dark, heavy winter seasonal beer. Though called a shandy, this is not a beer/lemonade mixture; rather, it was brewed with lemon, orange, pomegranate and spices.

Along with the beer came a bottle koozie and a fake mustache (and encouragement to put it on, snap a photo and be a fellow #TRVLR--you know I did that!) 4.4% alcohol. Serve "this cool fellow with a WINTRY disposition" at "a temperature that illicits hoots, howls, and horns." "Preferred Beer Glass: A clean one!"

Aroma is full of oranges and pomegranates, very fruity. Flavors begin that way too. Fruity and juicy oranges and lemons, sweet and candy-like. Just when the sweetness seems a little much, it dissipates into a fruitcake type bready finish. Cinnamon, raisins, and lingering wheat. Not bad, nice fruity flavors. A touch on the too sweet side. Definitely leans the shandy way. 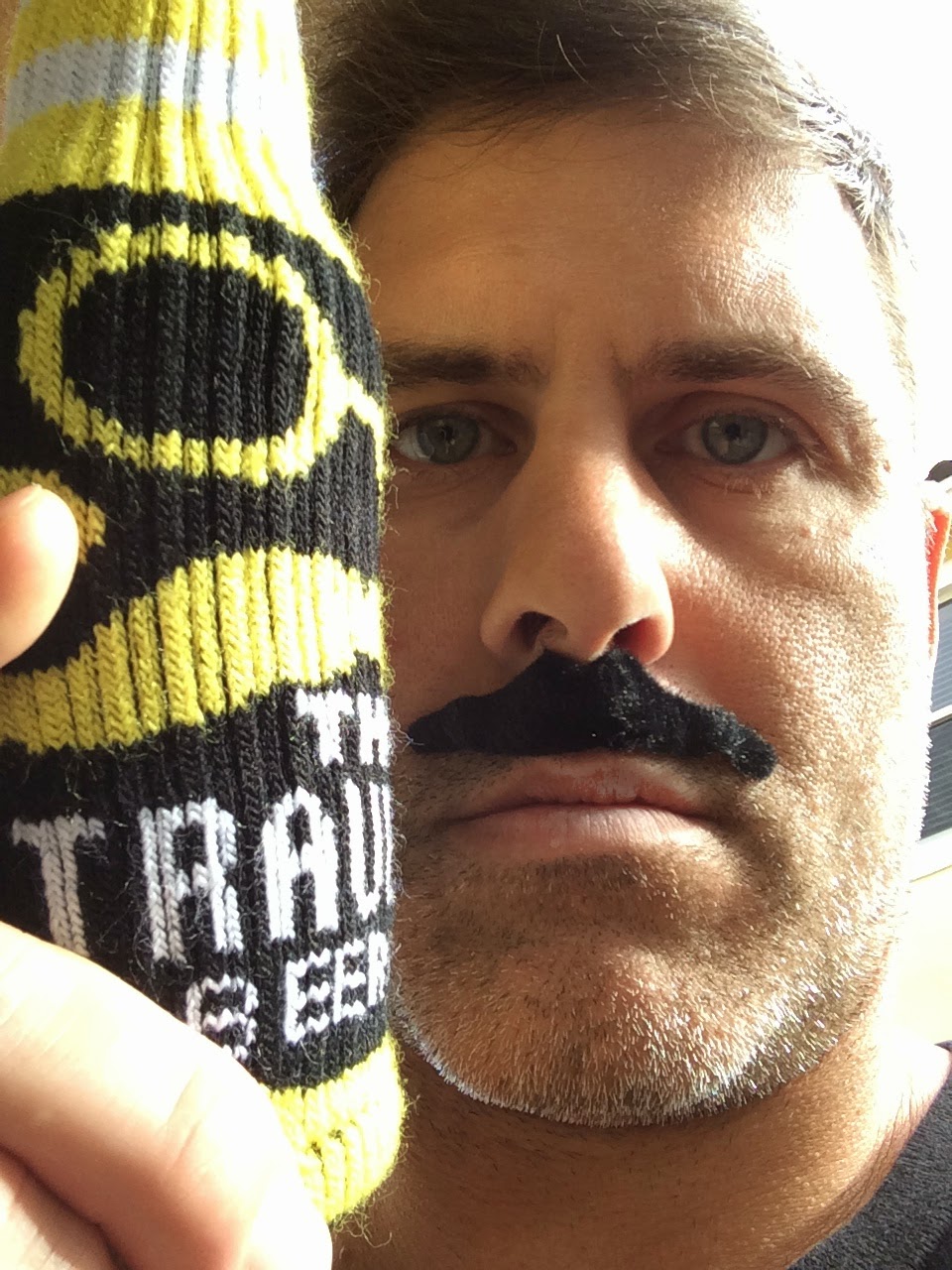