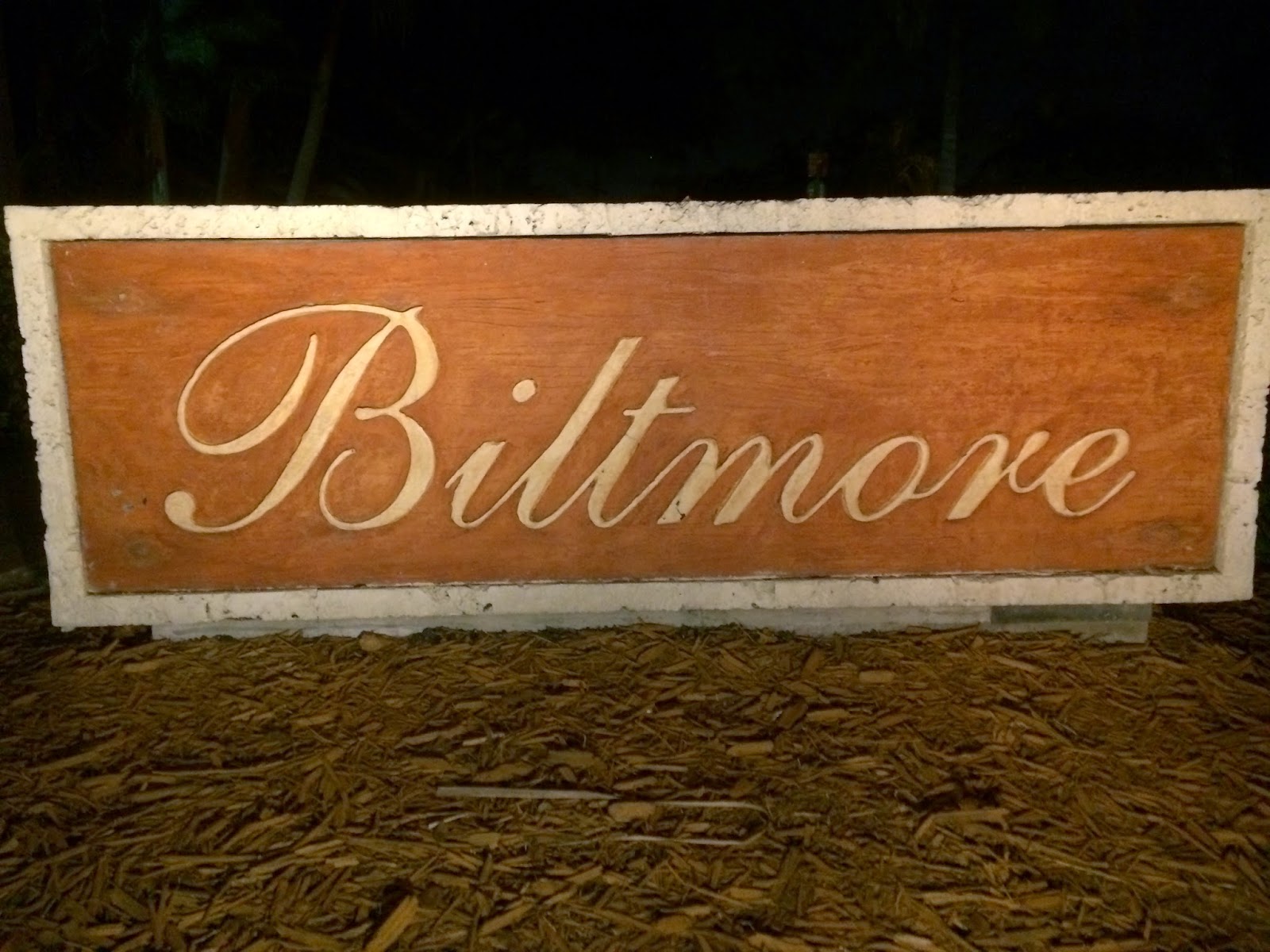 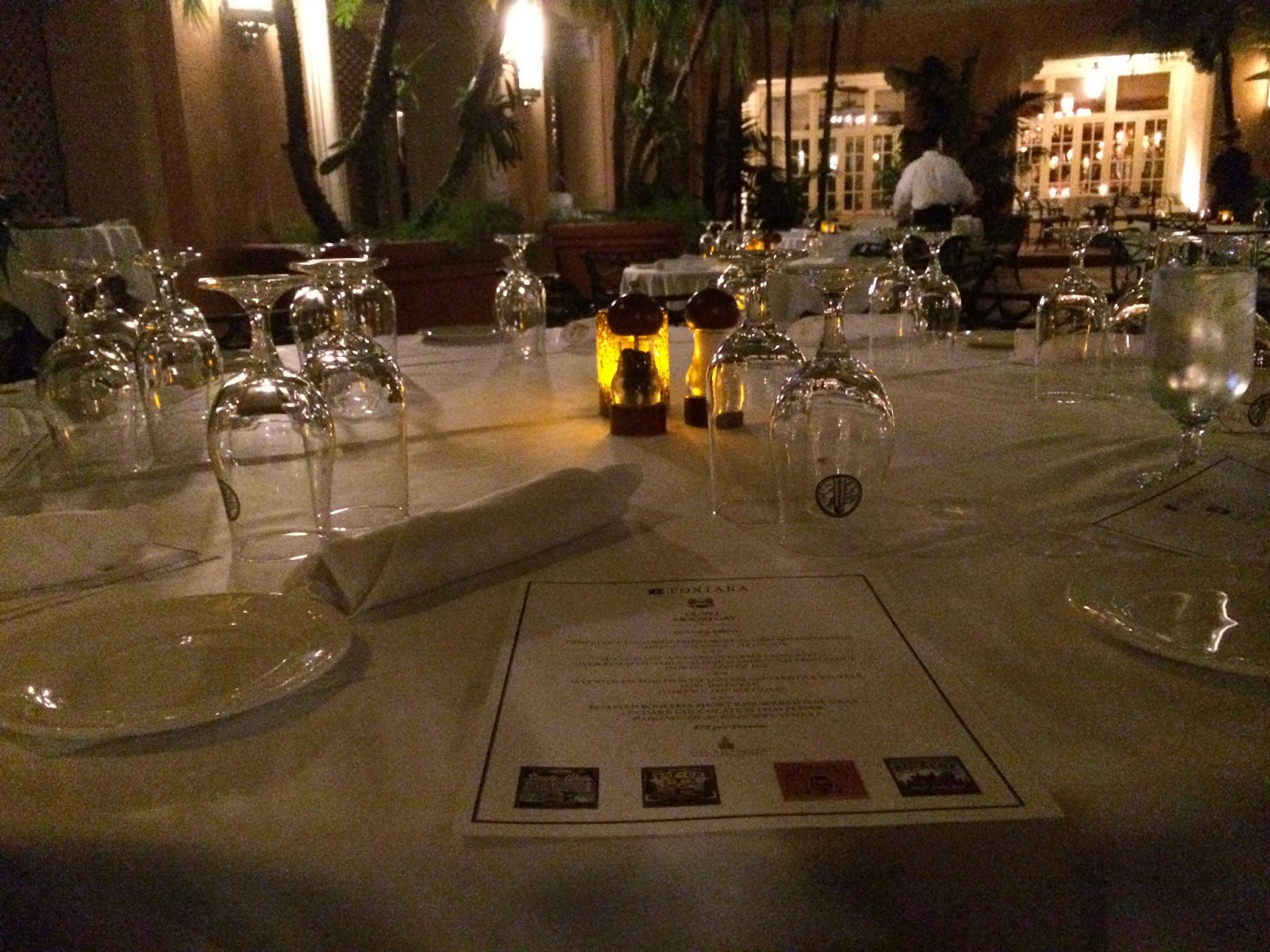 A few nights ago, Duvel Moortgat continued their celebration of Boulevard Brewing's arrival to South Florida with a beer dinner at The Biltmore Hotel's Fontana Restaurant. And you know how much I love that kind of celebration! South Florida Market Manager Jessica Suarez put together a dinner featuring four of the brewery's core beers paired with some awesome dishes!

Now... I say Miami, you say tropics. But let me tell you the al fresco dining started in the 60°F's and ended in the 40°F's. It was just a little nipply, and I'm talking about myself! But the Biltmore staff was super attentive and awesome. They had these portable heaters that made everything just comfortable enough until the 90°F car ride home! 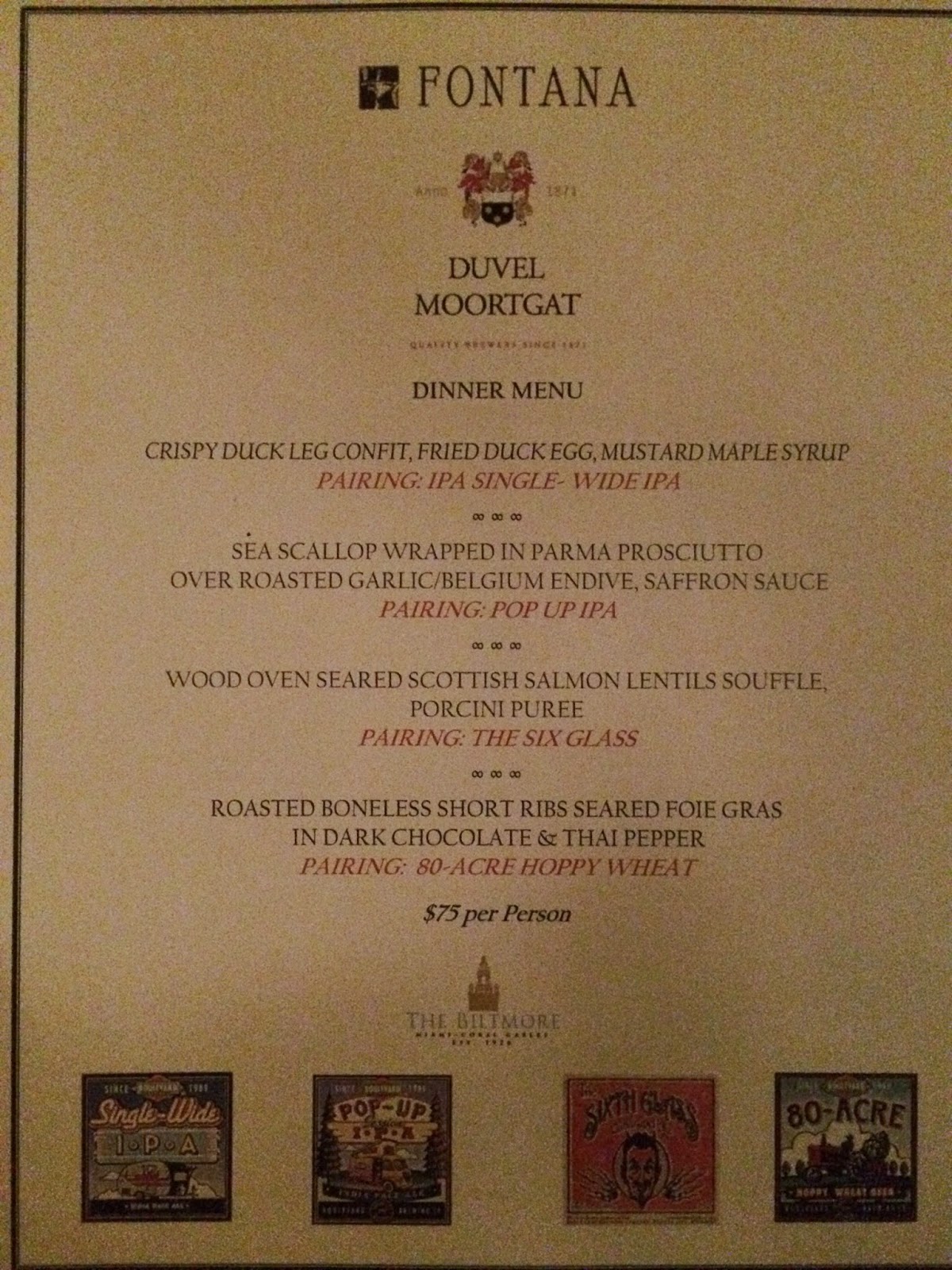 Just as we were getting started and everyone was introducing themselves, I overheard a question referring to the brewery, "So [Boulevard] is like a microbrewery?" I asked around, and because the question obviously meant to equate microbrewery with quality, it was determined that Boulevard is in fact like a microbrewery! And Jessica said yes too--perfect definitive answer!

We started the meal with a Crispy Duck Leg Confit with Fried Duck Egg and a Mustard Maple Syrup. That was paired with Boulevard's Single-Wide IPA. Jessica introduced each beer as the chef delivered the food to the table. Everyone loved this beer! And the food was really great too! 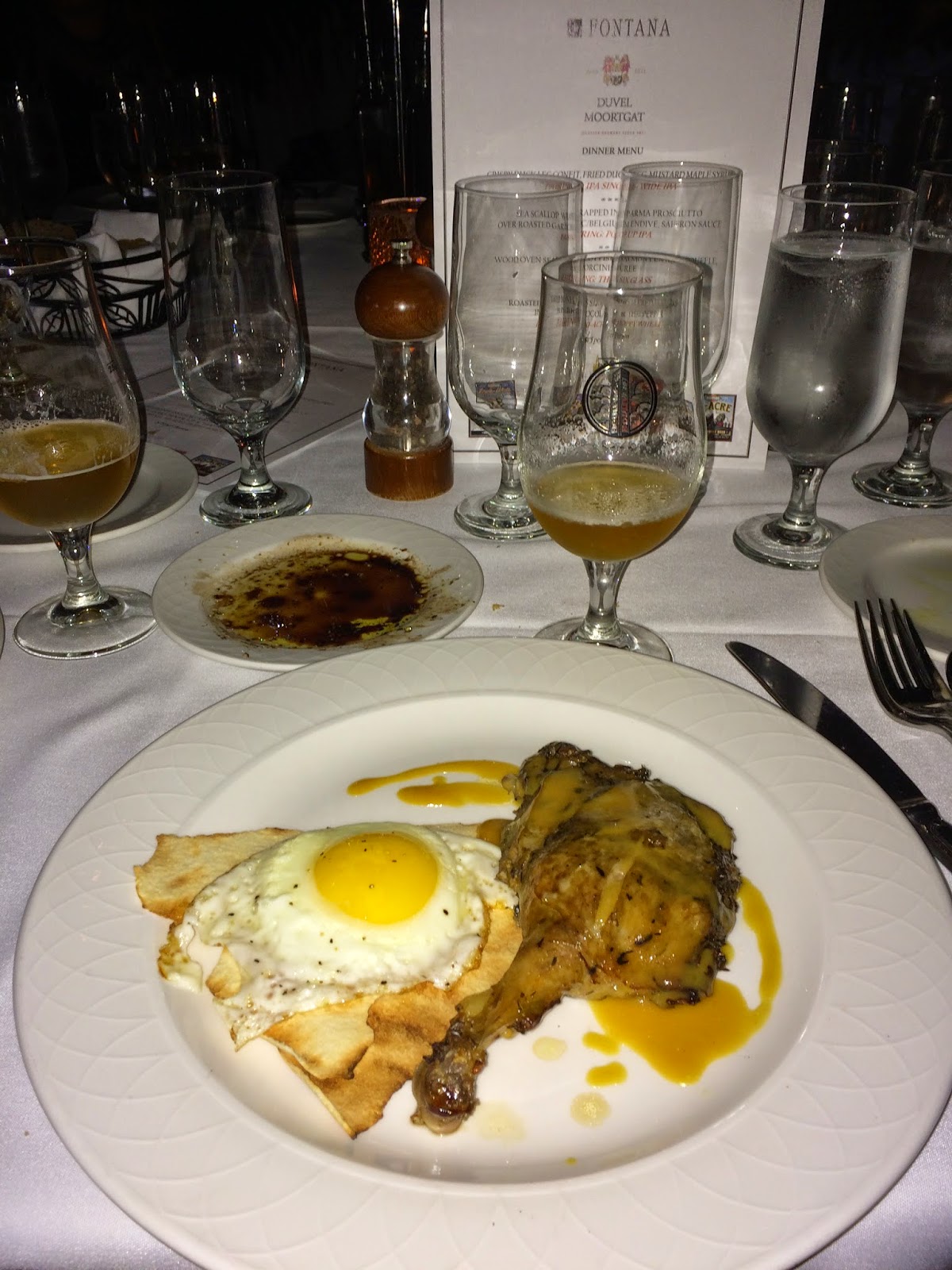 You can see the photo of the entire menu above, but we had four awesome, unique courses, each paired with a different Boulevard beer including Pop-Up IPA, The Sixth Glass Quadrupel (I think the crowd was shocked at the contrast between this one and the others, but still really enjoyed it), and 80-Acre Hoppy Wheat.

I will say my favorite dish was the Prosciutto Wrapped Sea Scallop, and though I really like the Pop-Up IPA it was served with, the winning beer of the night was the Single-Wide IPA (sorry Sixth Glass-- but maybe tonight). 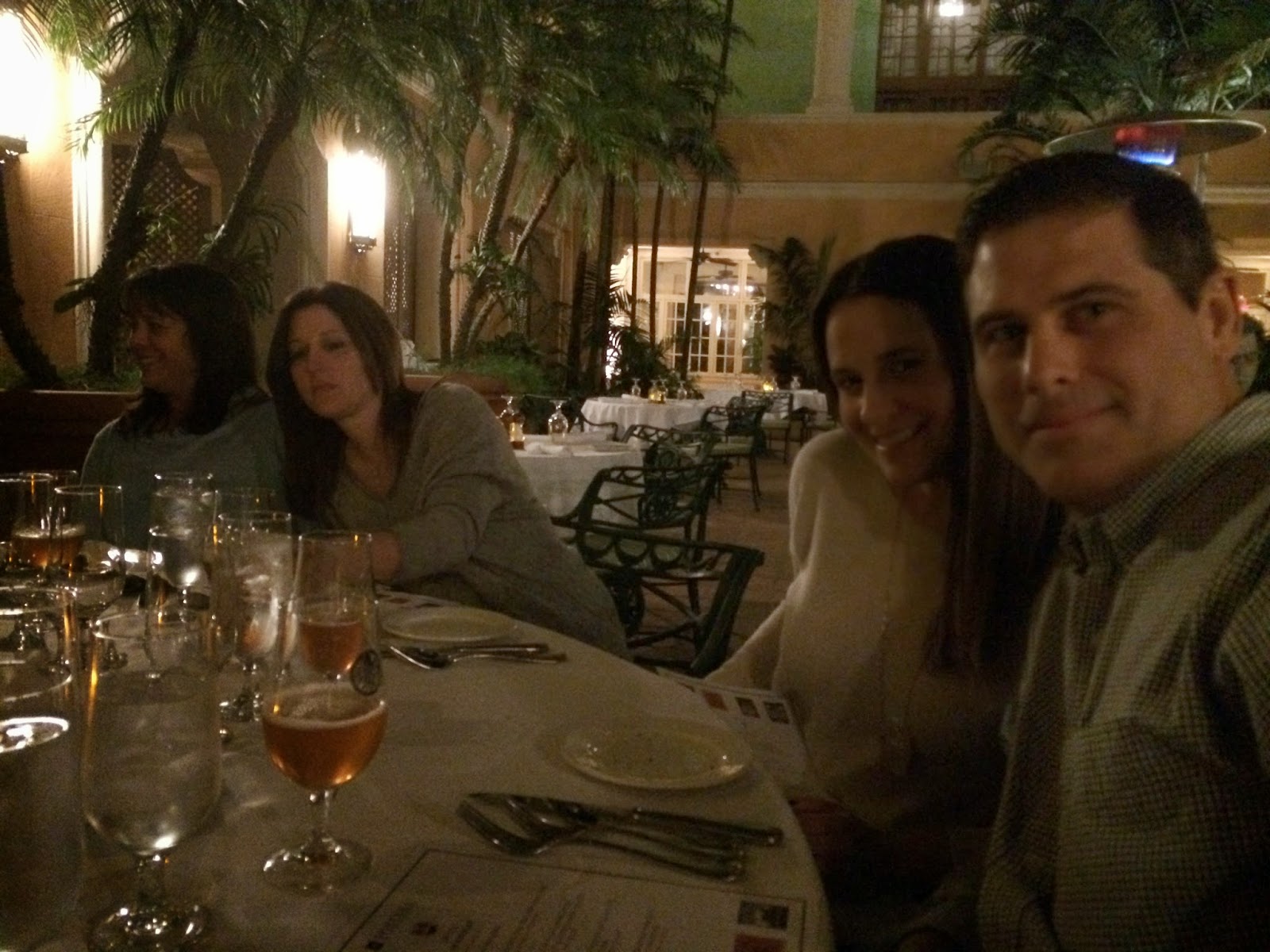 Conversation was great. Roland from Brown Distributing was dropping knowledge about the Three Tier System like it was his college major. The group of women from Vine Communications was very fun and interesting (They have an office in The Biltmore-didn't know that existed, but I guess you learn something every time you drink). And thank God my wife took some pictures because mine mostly sucked.

Apparently we were supposed to take the glasses with the Boulevard Smokestack logo imprint. Or at least I hope so, because I washed them at home the next morning. Nice evening and dinner. Thanks to everyone. 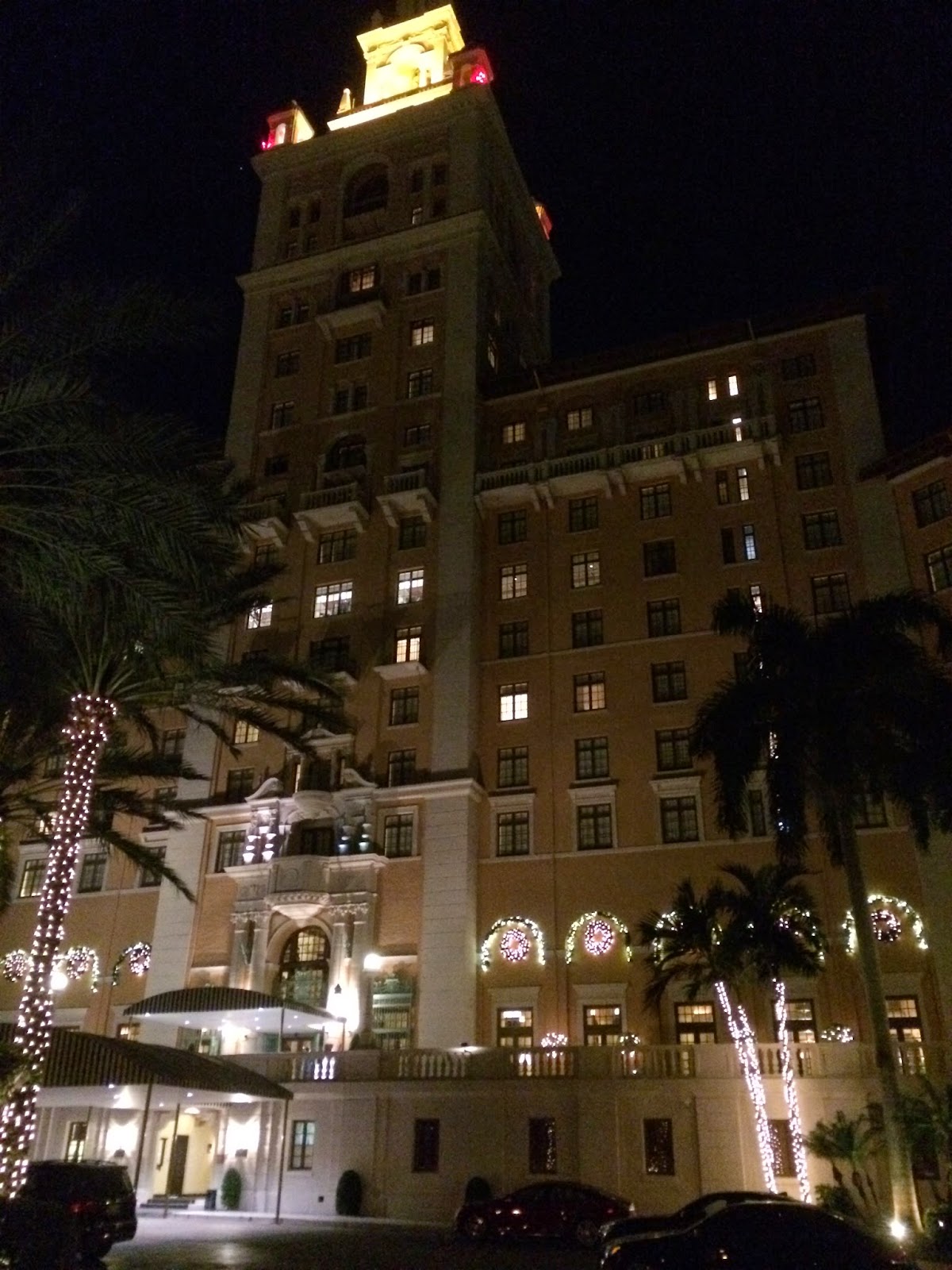 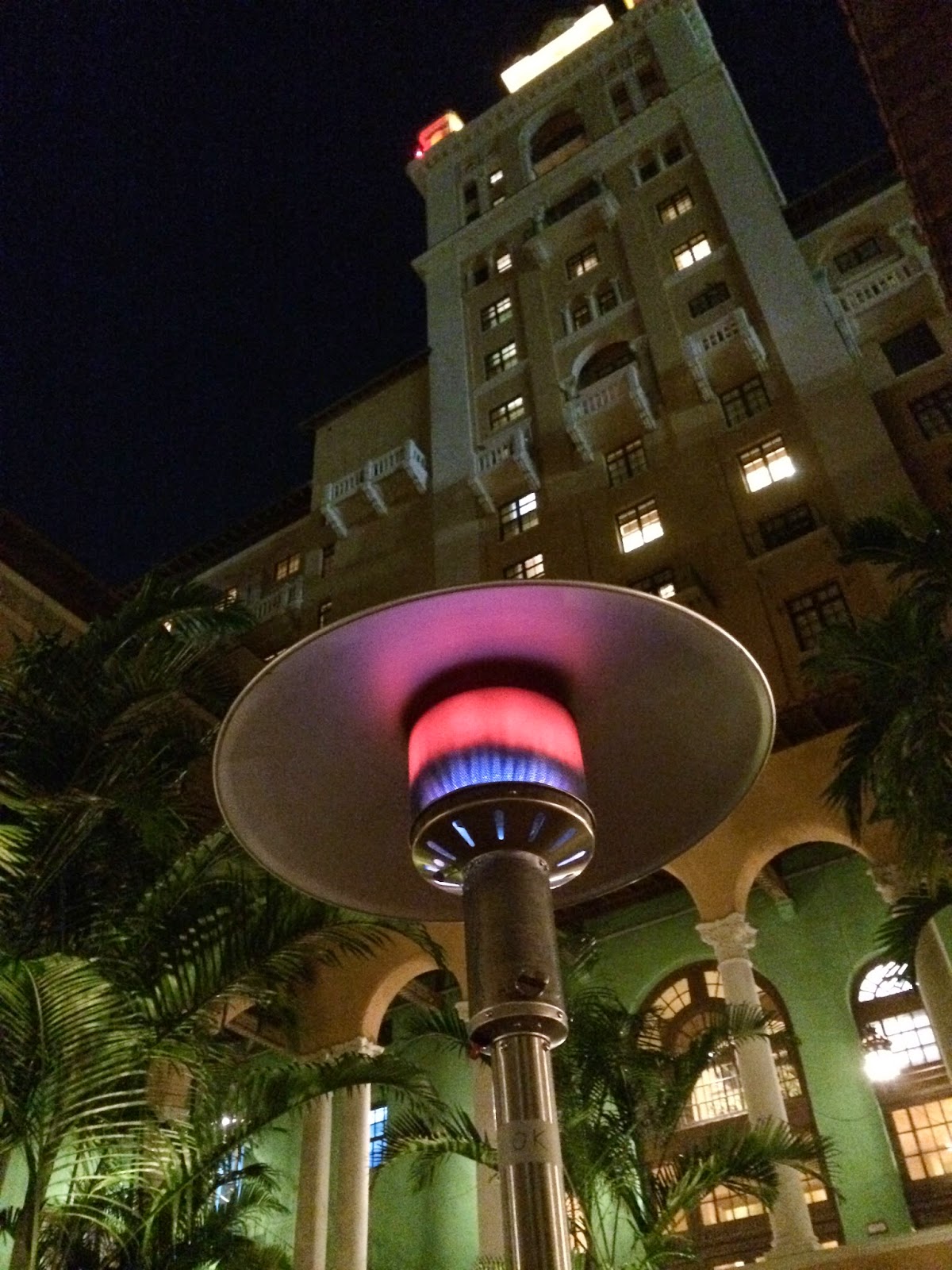 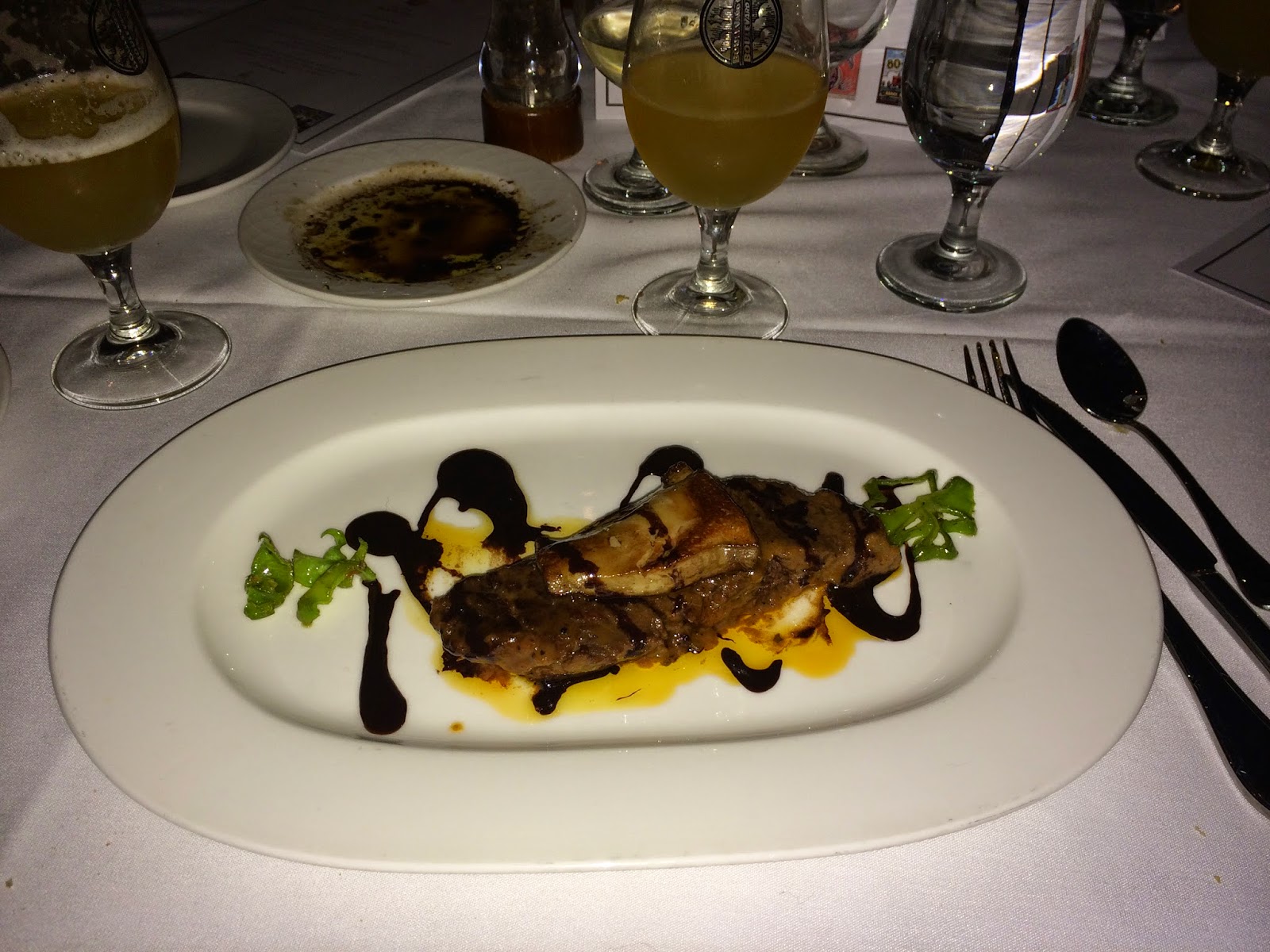 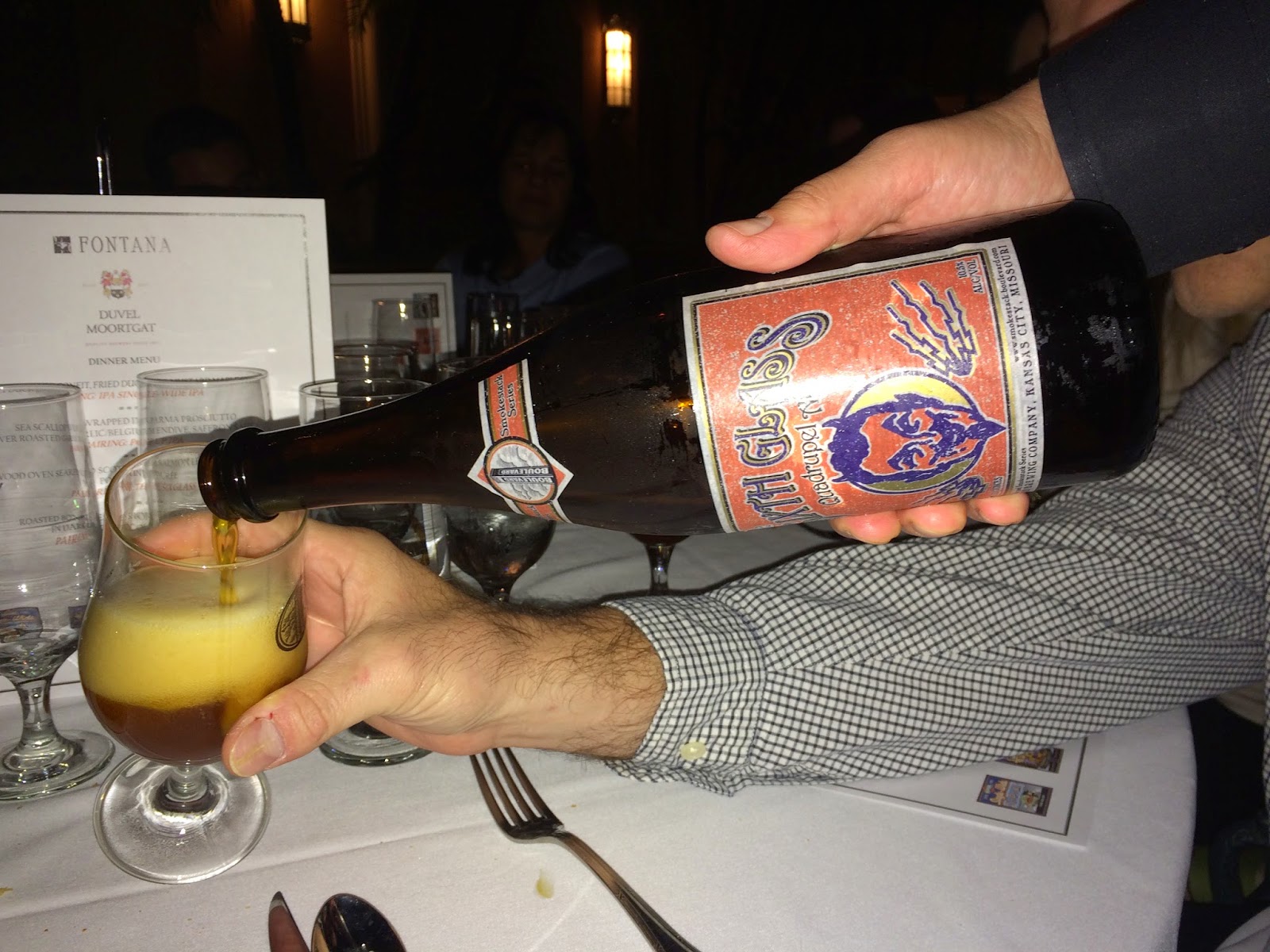 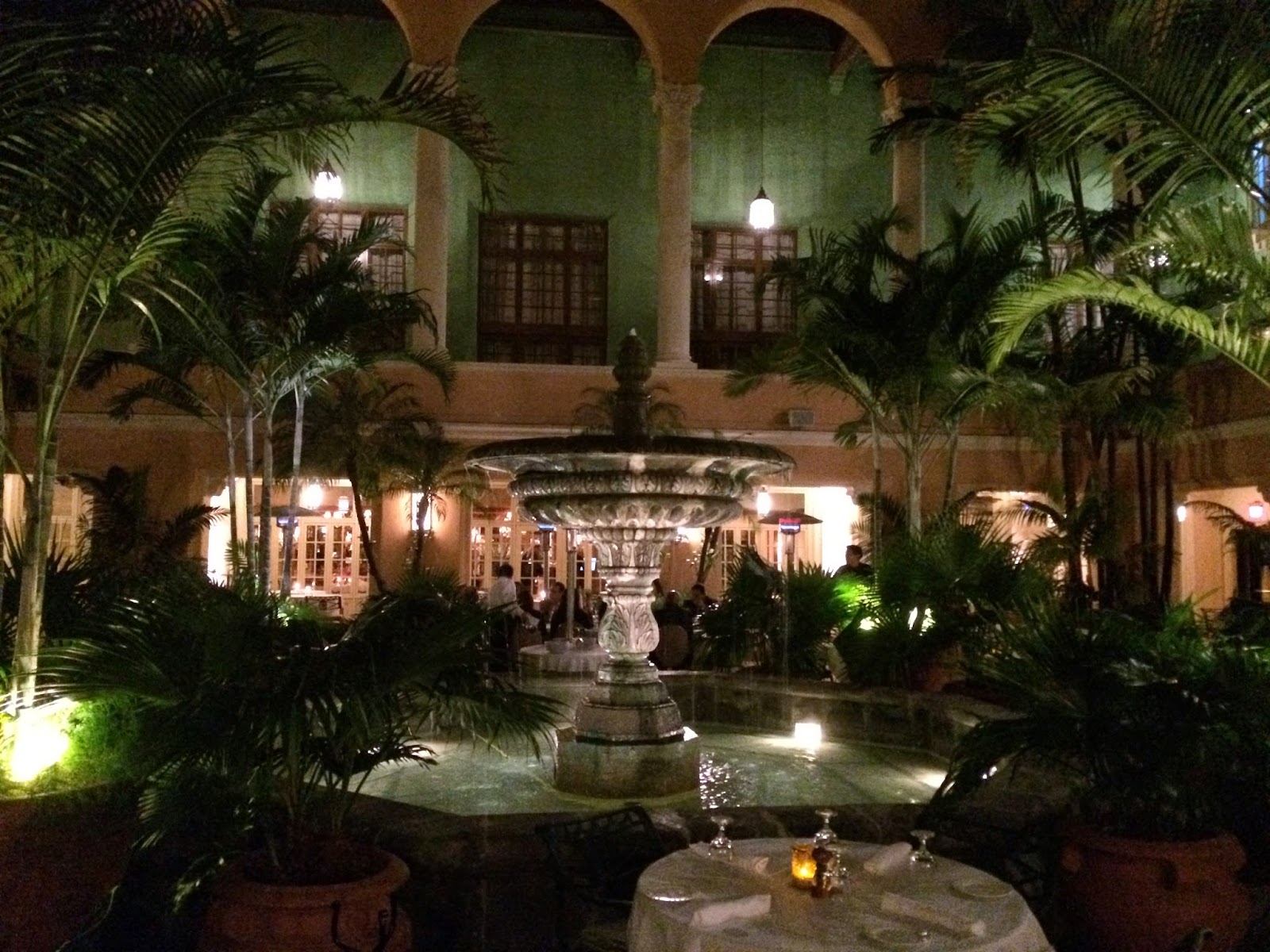 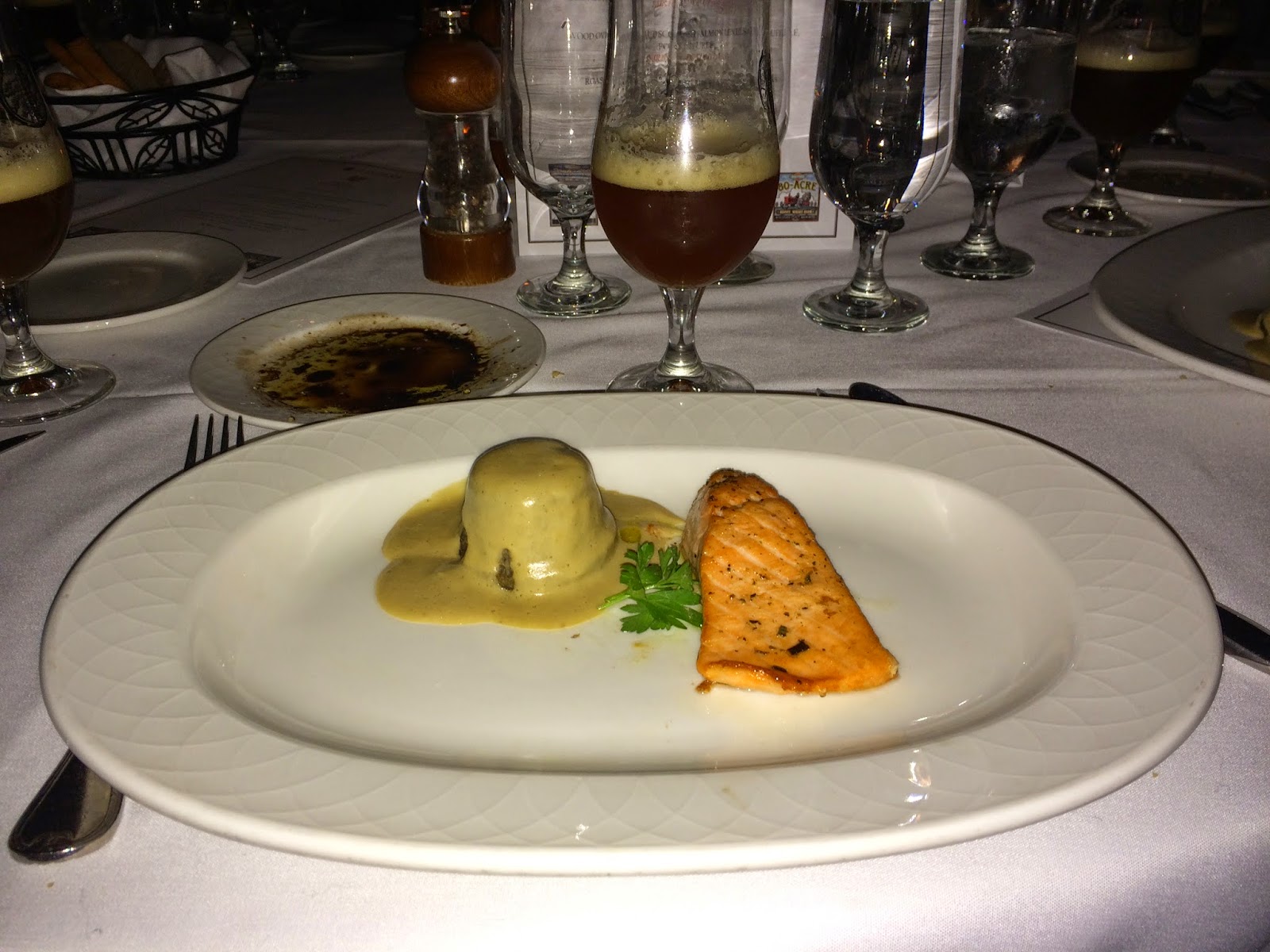 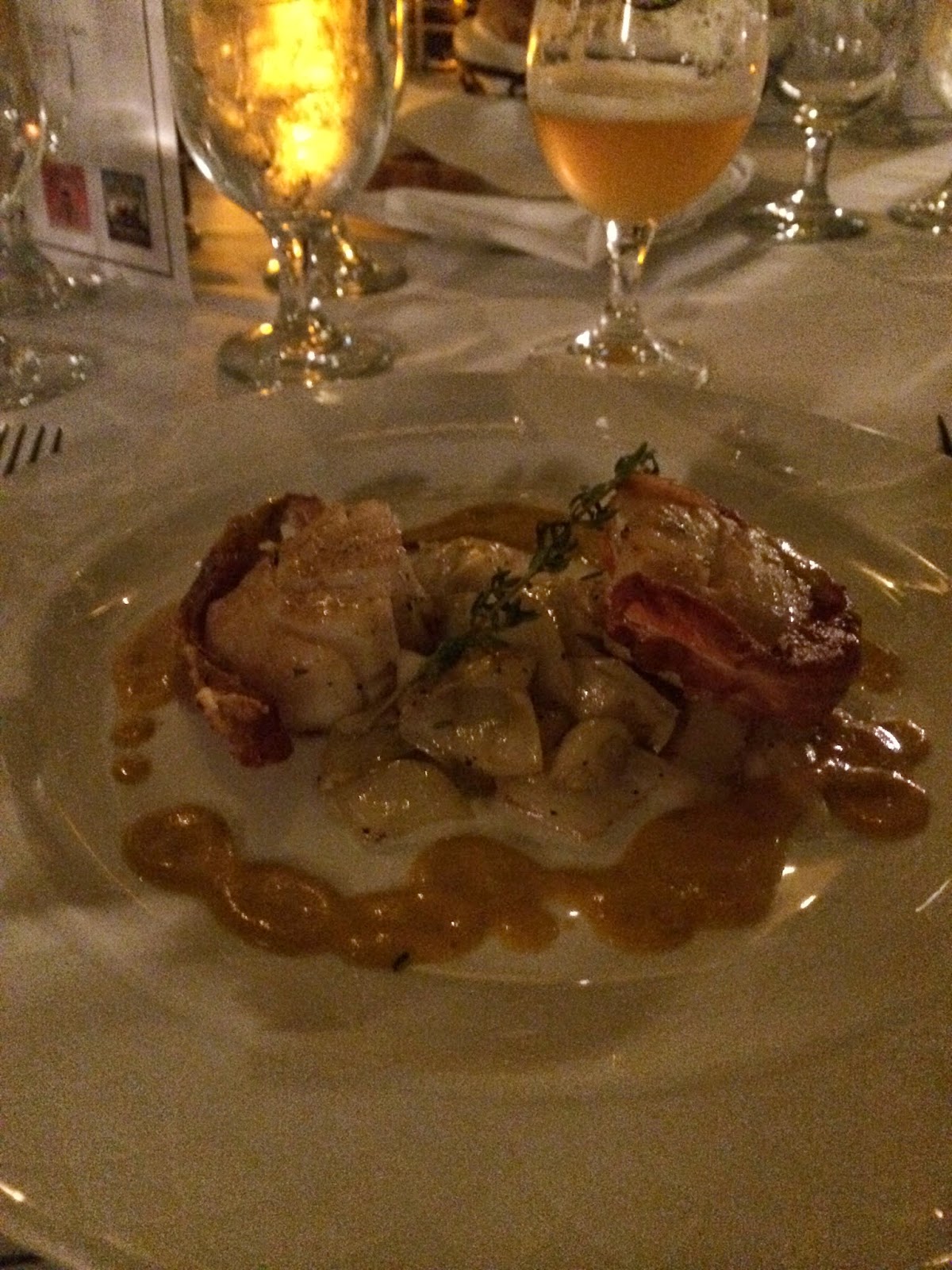