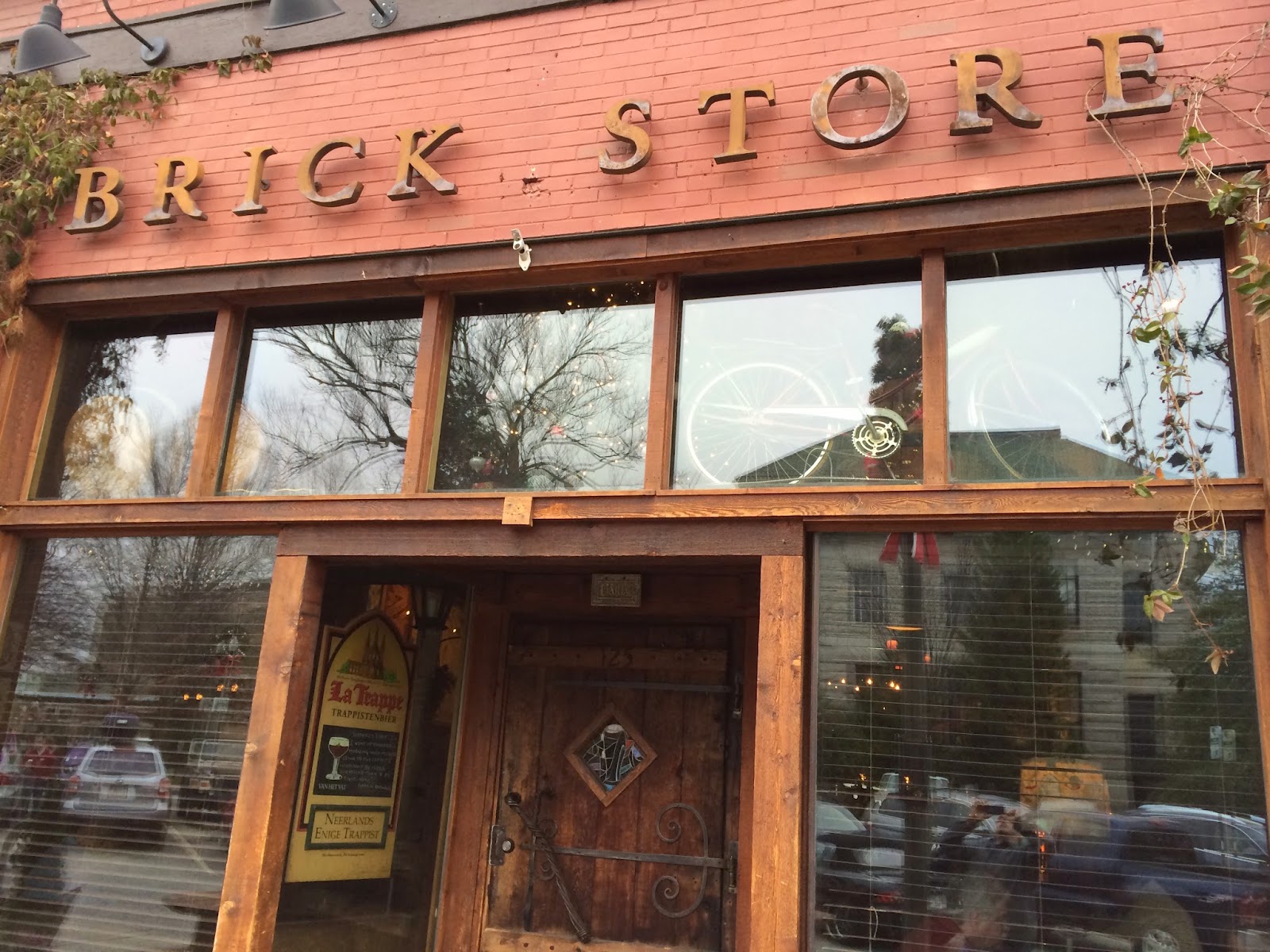 After a morning with the new Frisbee at my sister's house in Atlanta, we learned that our plans for that evening had changed. My best friend from high school was sick with a fever--too sick to go near the family, especially with my new little infant niece. I'm pretty sure I heard my sister mutter "wussy" under her breath, though!

Last time I was in Atlanta, I missed my chance to go to the Brick Store Pub because we were visiting those exact same cancelers! So karma said let's make that bar trip right now. My brother-in-law and I pawned off the trip as a family excursion to see the quaint and unique little shops of Decatur. But we ditched all the kids in the first store and headed up the street for a few beers! 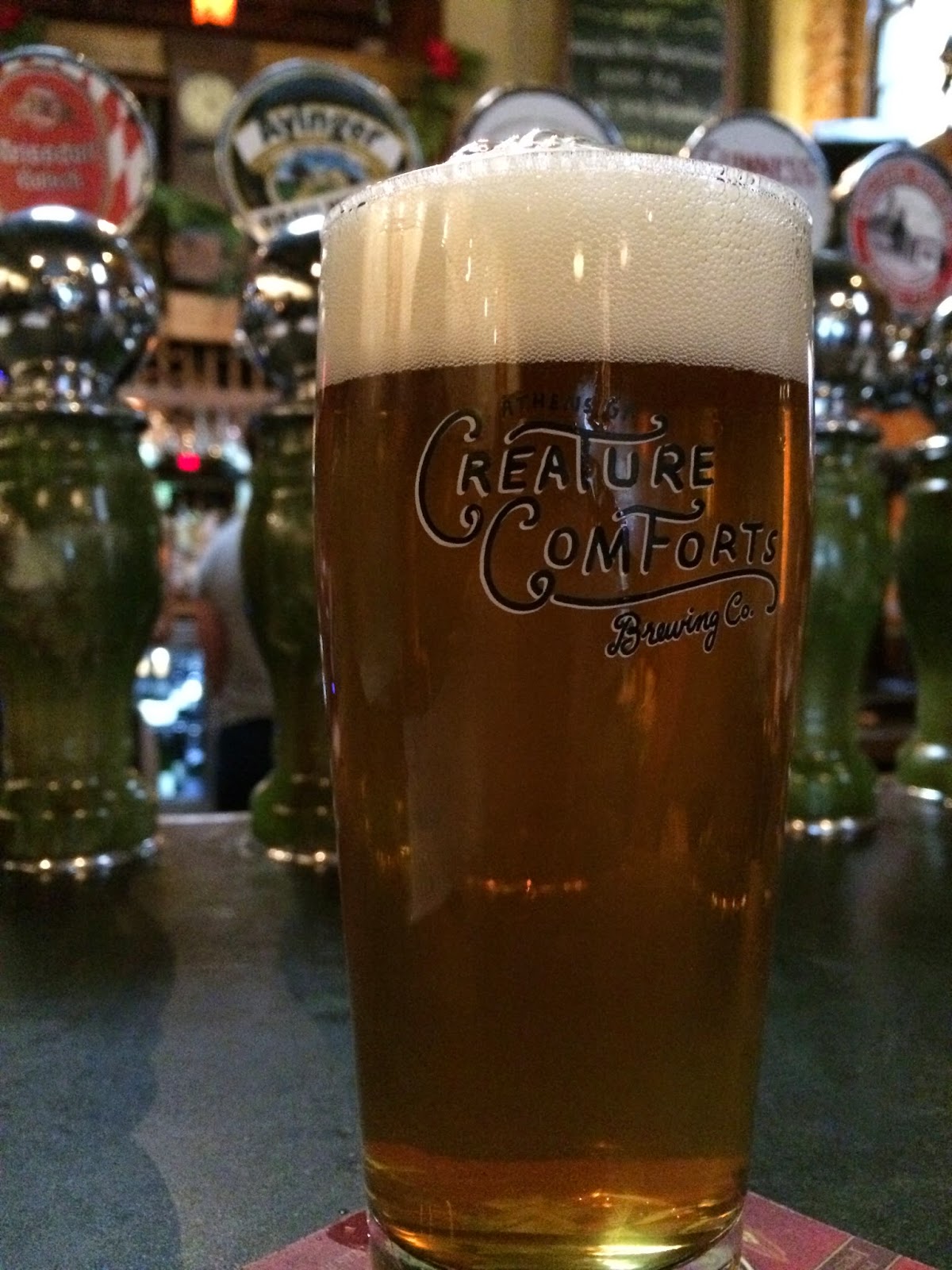 Brick Store Pub has a daily menu of Local, American, Belgian and Coming Soon Beers. I personally try to drink local some beers I haven't tried yet, then move on to the best sounding brews. Apparently there's a brewery in Athens, GA called Creature Comforts (I confirmed with the bartender). I asked for a glass of their Tropicalia IPA. Freakin' delicious! Fruity, juicy, orange citrus with some tropical fruits as well. Delicious with a nice balanced bitterness.

Just about then my family arrived! Ugh! We weren't there for even one beer. We left the bar stools and took a table that could accommodate two kids and a stroller. But then my wife and sister ordered some beers, and my kids got the most enormous glasses of OJ and Coke I've ever seen, so we were back in the zone! My sister's beer was delivered as "Bernie Christmas" by a dude with a beard that would put Santa Claus to shame! Our check said the same. 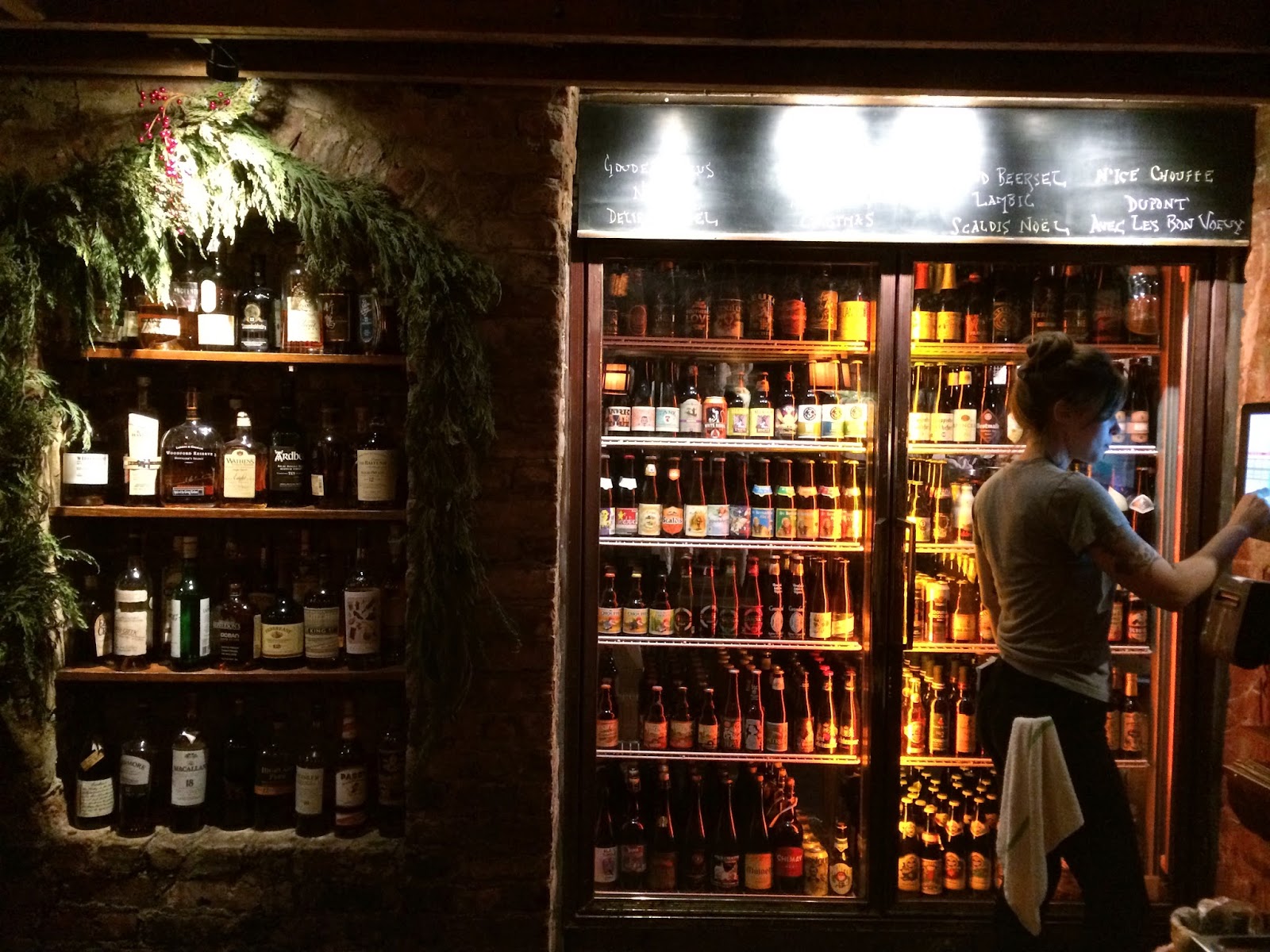 We explored the upstairs Belgian Beer and Whisky Bar. Without family, would have been Heaven. But we returned to our table and had another round. I finished with DuPont Avec Les Bons Voeux, an excellent Belgian strong pale ale full of fruit, orange, yeast, and a kick. My wife liked that one too.

Great staff. Great beers! And I swear even the beers you never heard of came with a branded glass for that exact beer. Very relaxing environment, though my sister said we were an hour or two away from a packed Saturday evening crowd. Can't wait to return! 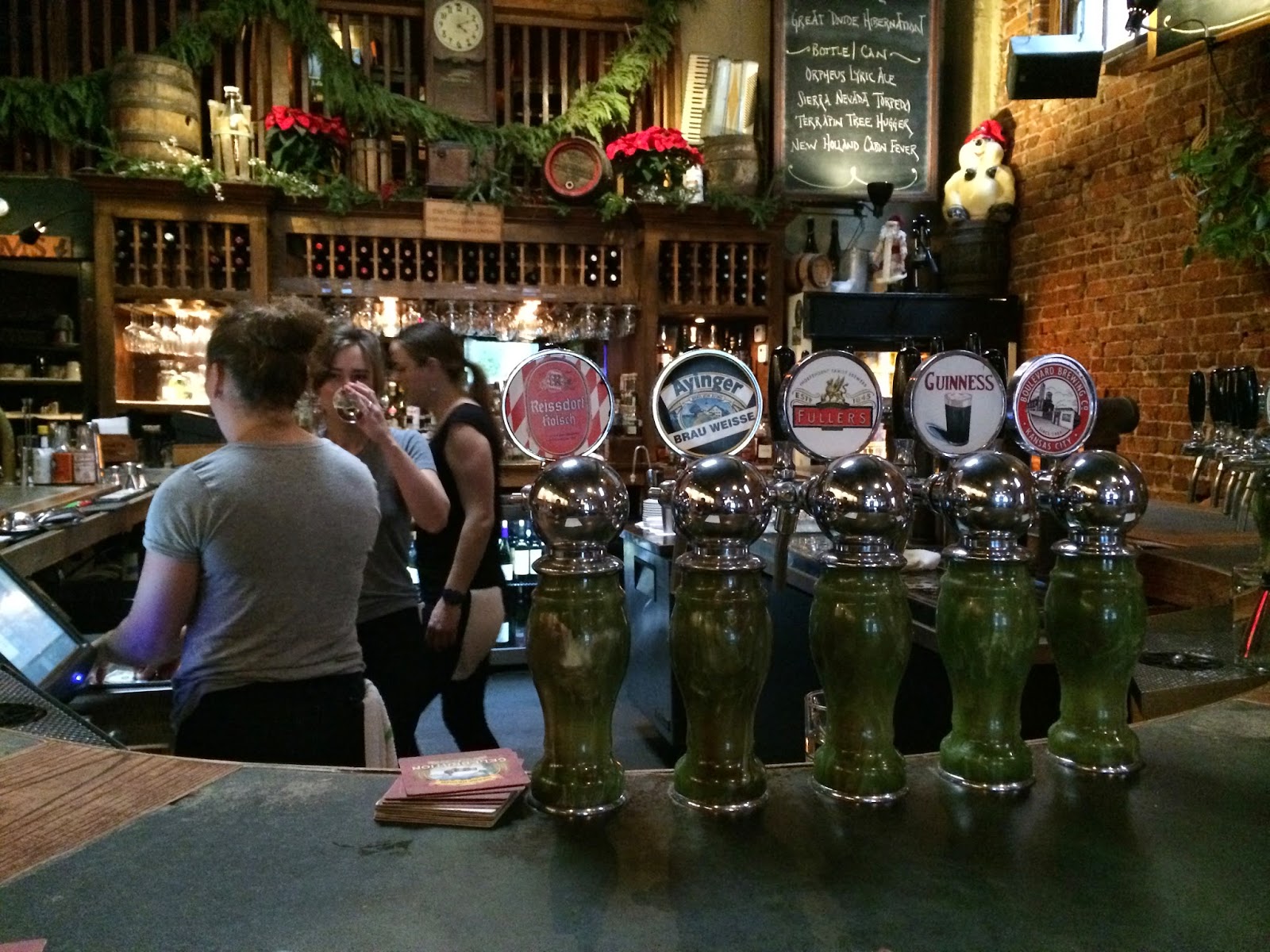 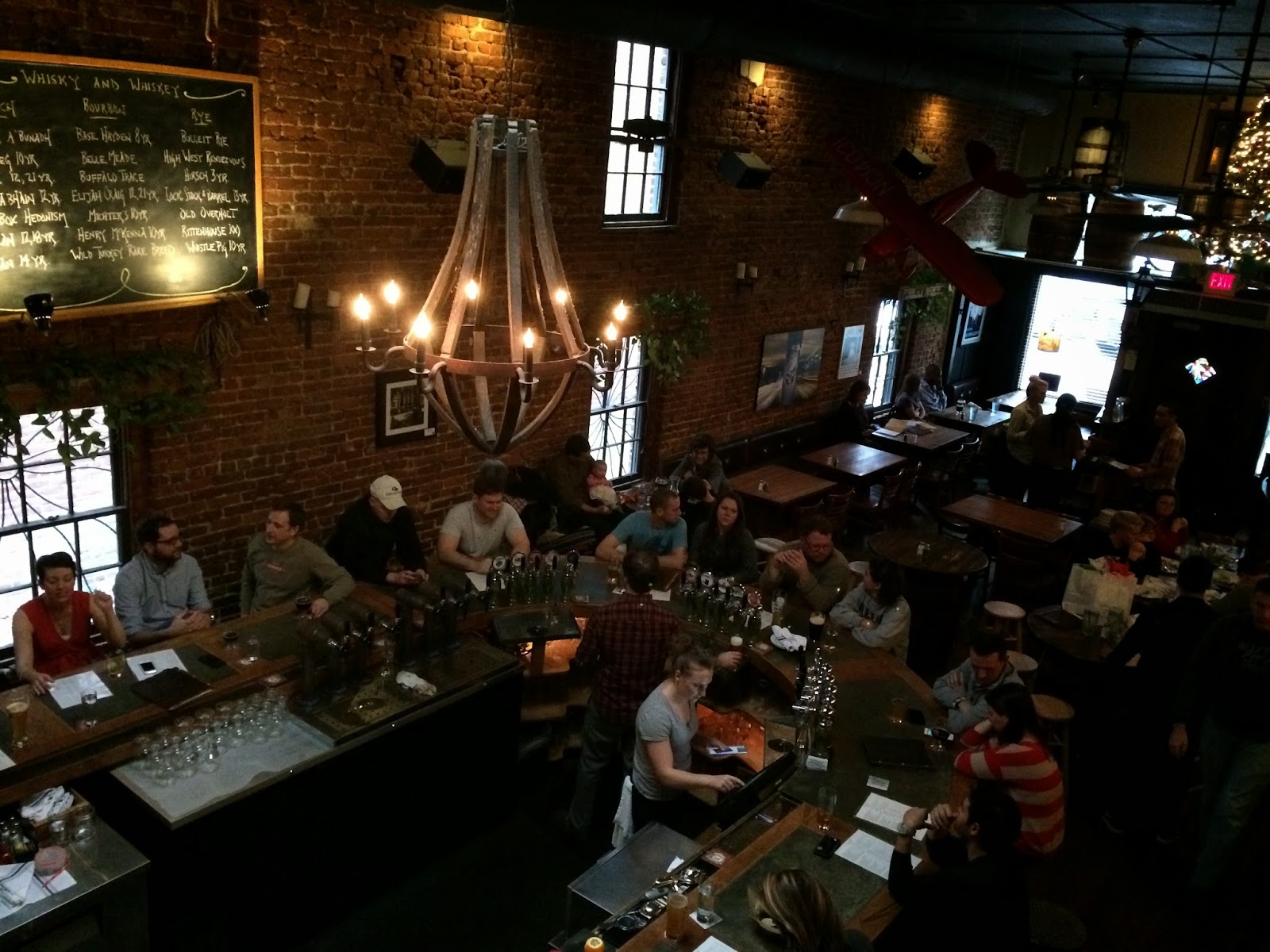 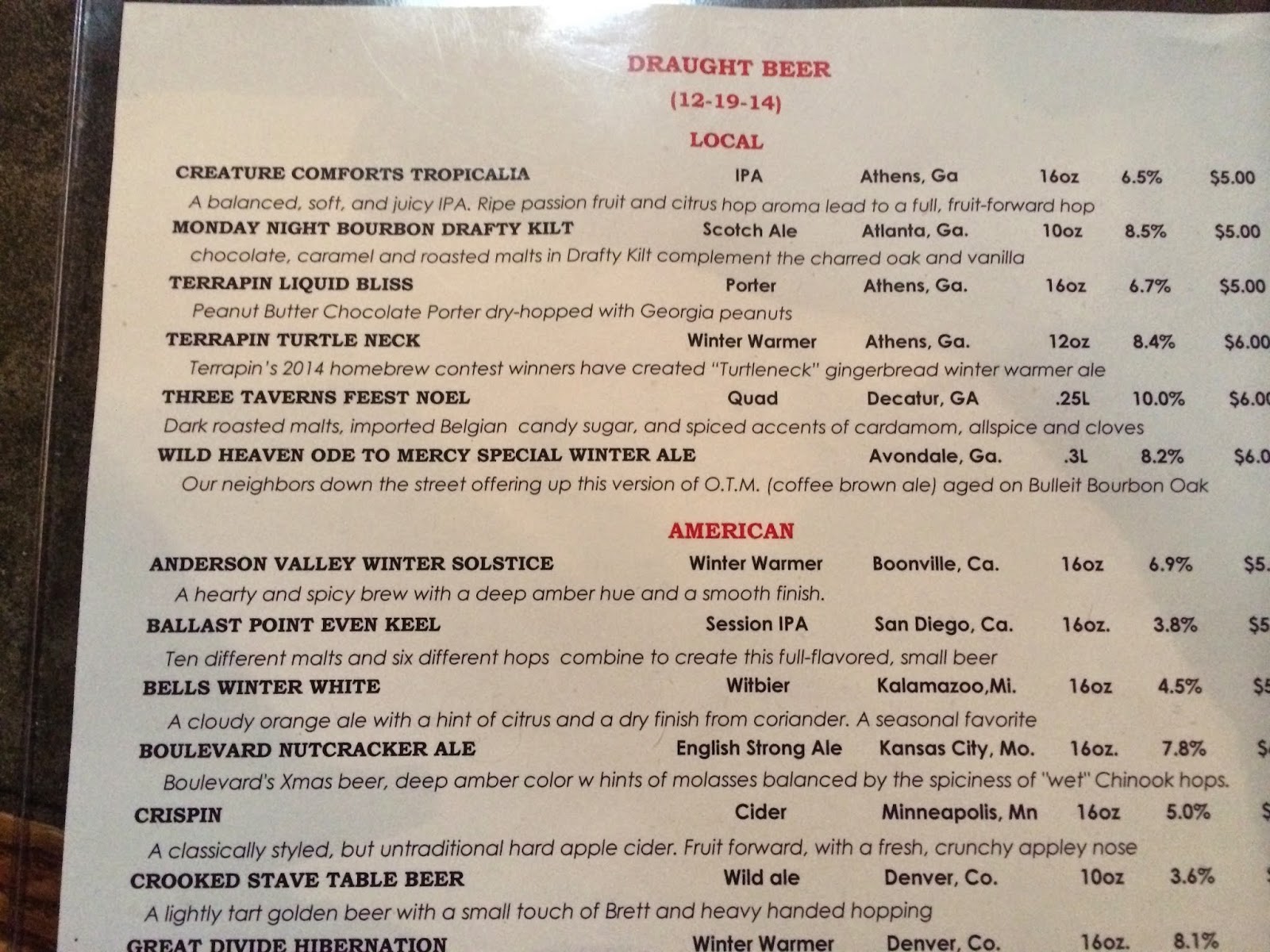 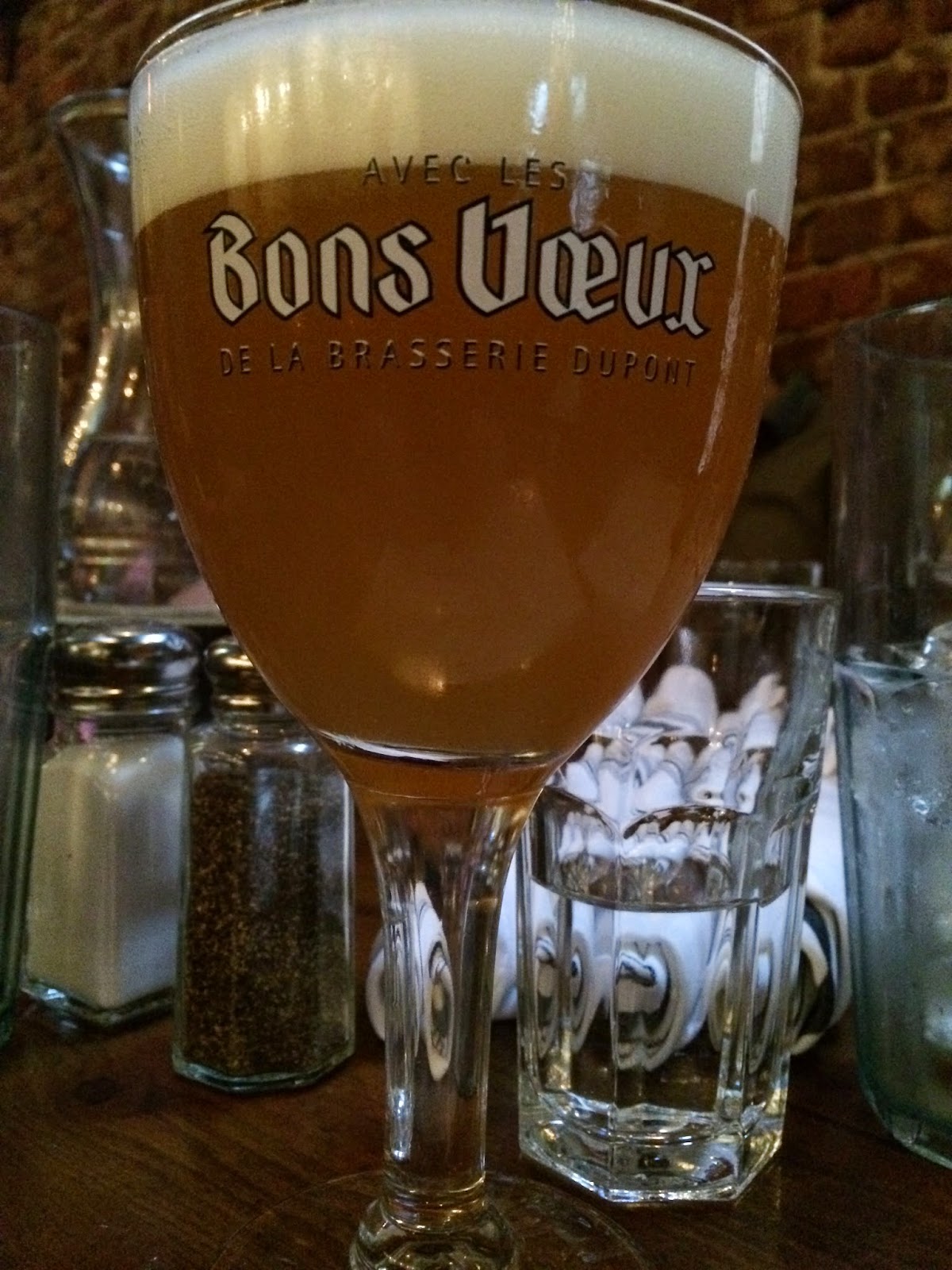 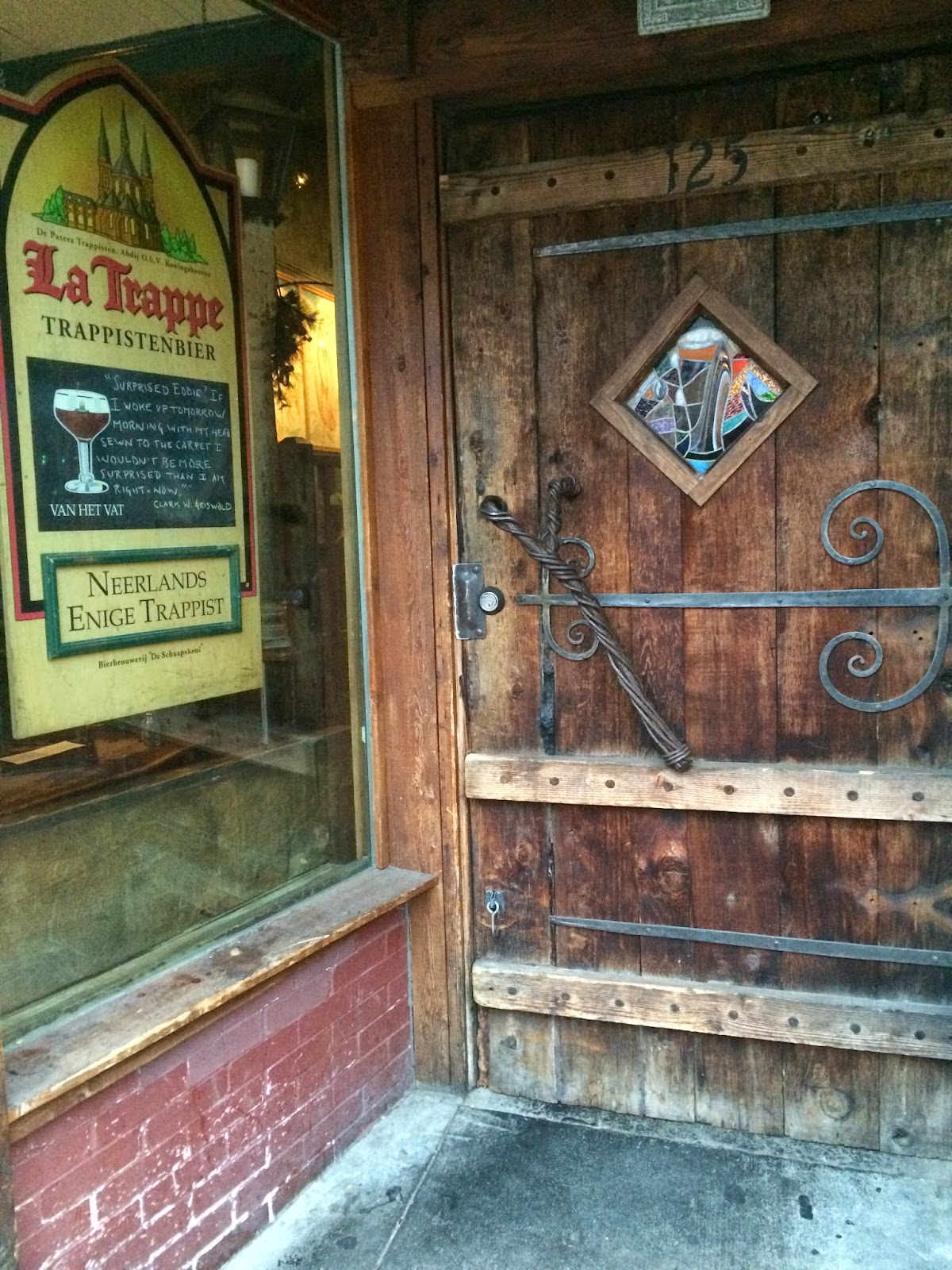 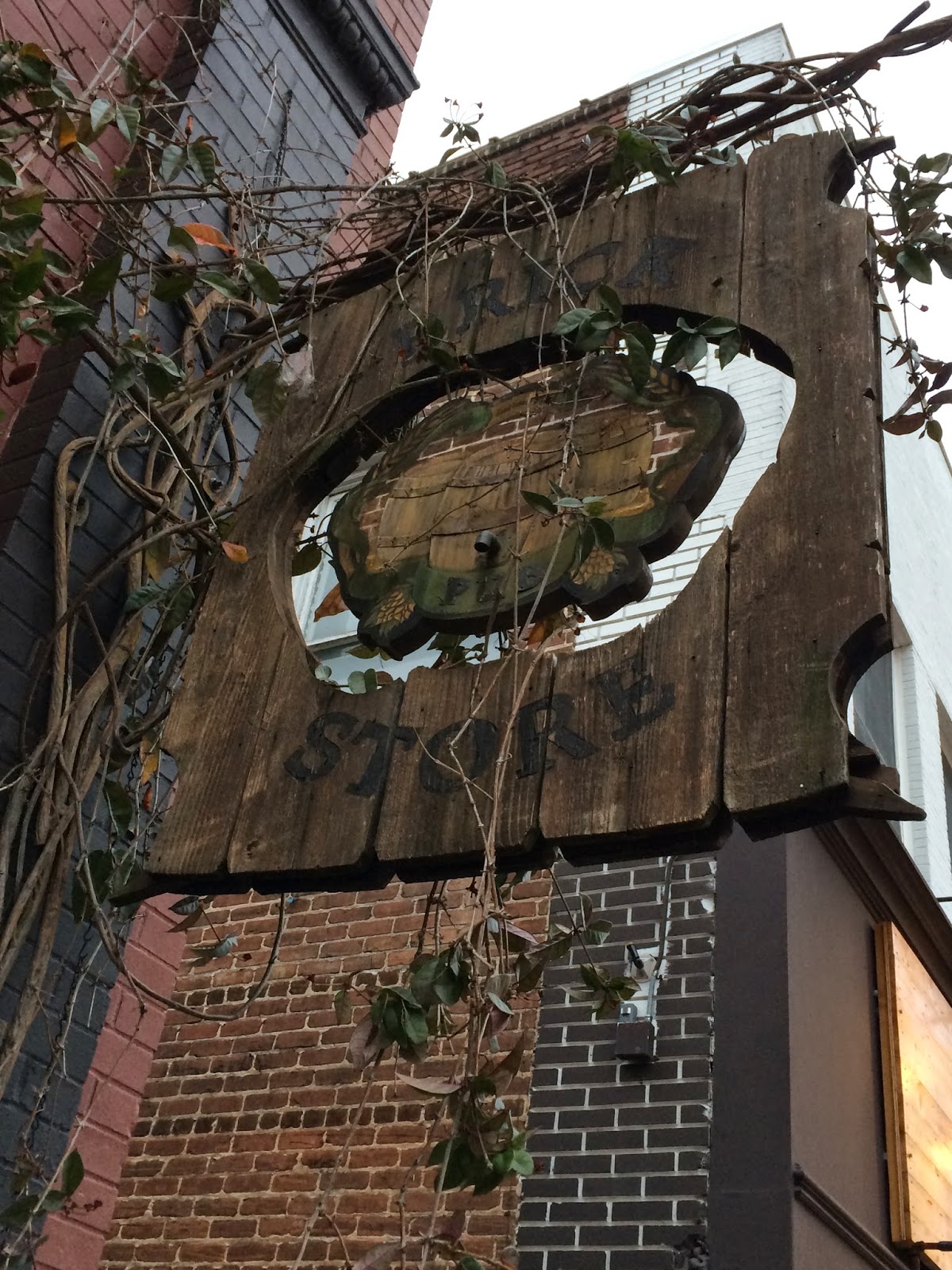