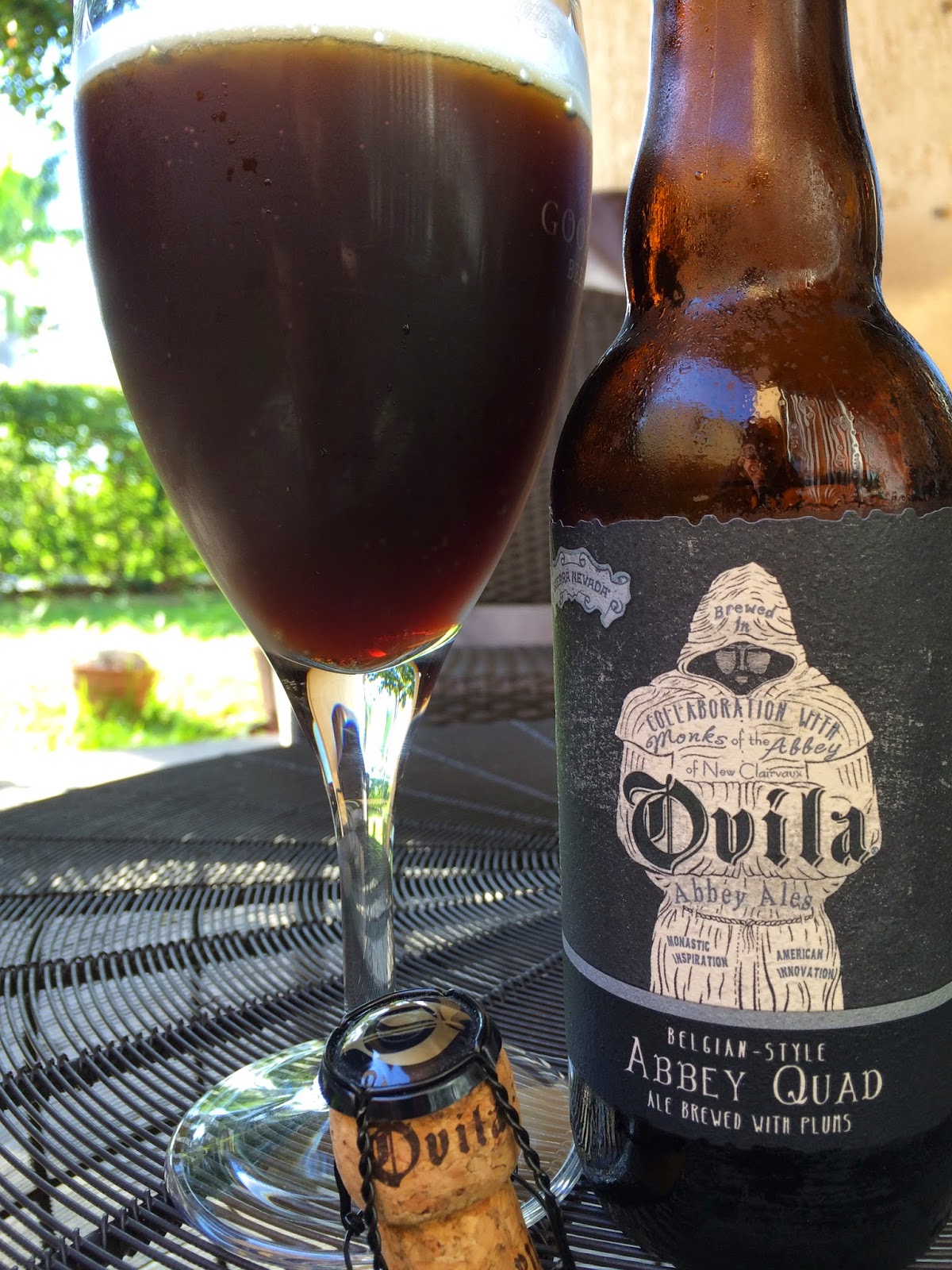 Today is the third annual #QuadDay, a day pretty much dedicated to mocking the other beer days out there. Sure, I'm going to drink a Quad. And sure, I'm going to suggest you do the same. But isn't it all just a bit ridiculous? And the commercial bandwagon is the worst part of dedicating days to certain beer styles! Answer this for me... what day isn't IPA Day?

Check out pictures from #QuadDay 1 (or don't). And #QuadDay Volume 2 (if you give half a shit).

And that's it. Just any other day. Here's my review of the beer, which I've been hanging on to for many months in anticipation of all this fanfare!

Ovila Belgian-Style Abbey Quad is brewed by Sierra Nevada Brewing in collaboration with the monks of the Abbey of New Clairvaux, where the sugar plums used in this beer were grown. The beer is packaged in a 12.7 oz corked and caged bottle. The label depicts a monk in his robe, with some of the important words describing the beer making up the pattern on the material. "Monastic Inspiration. American Innovation."10.2% alcohol.

Not much of any pop at all from the cork--was a little worried. Murky brown-reddish color. Rich prunes and raisins and brown sugar and cinnamon aroma. Oh, WOW! The flavors make the rich aroma seem thin as water. What an amazing flavor start! Raisins and prunes (and OK, whatever, you say brewed with plums). Sweet, but not crazy, obnoxious sweet.

The alcohol is noticeable and puts a damper on the sweetness, definitely an ally in this beer. Brown sugar and spicy cinnamon with a yeasty streak throughout pretty much round out the flavor profile. And the finish has a little dryness, and just a hint of wine-like tannins left behind. Very nice beer. Flavorful. Balanced. Complex. 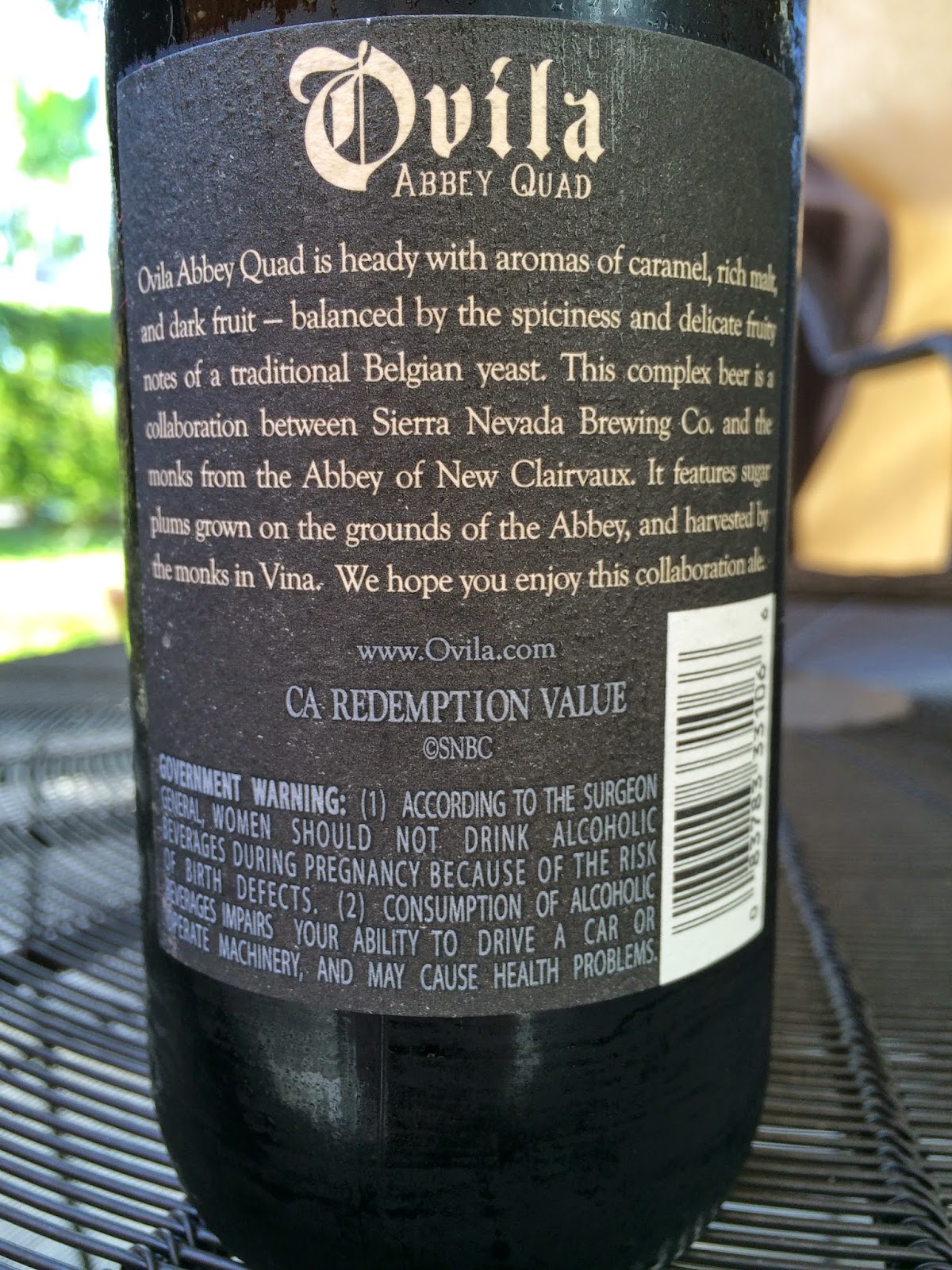 Posted by Beer Drinker Rob at 8:49 AM