A Visit To J Wakefield Brewing 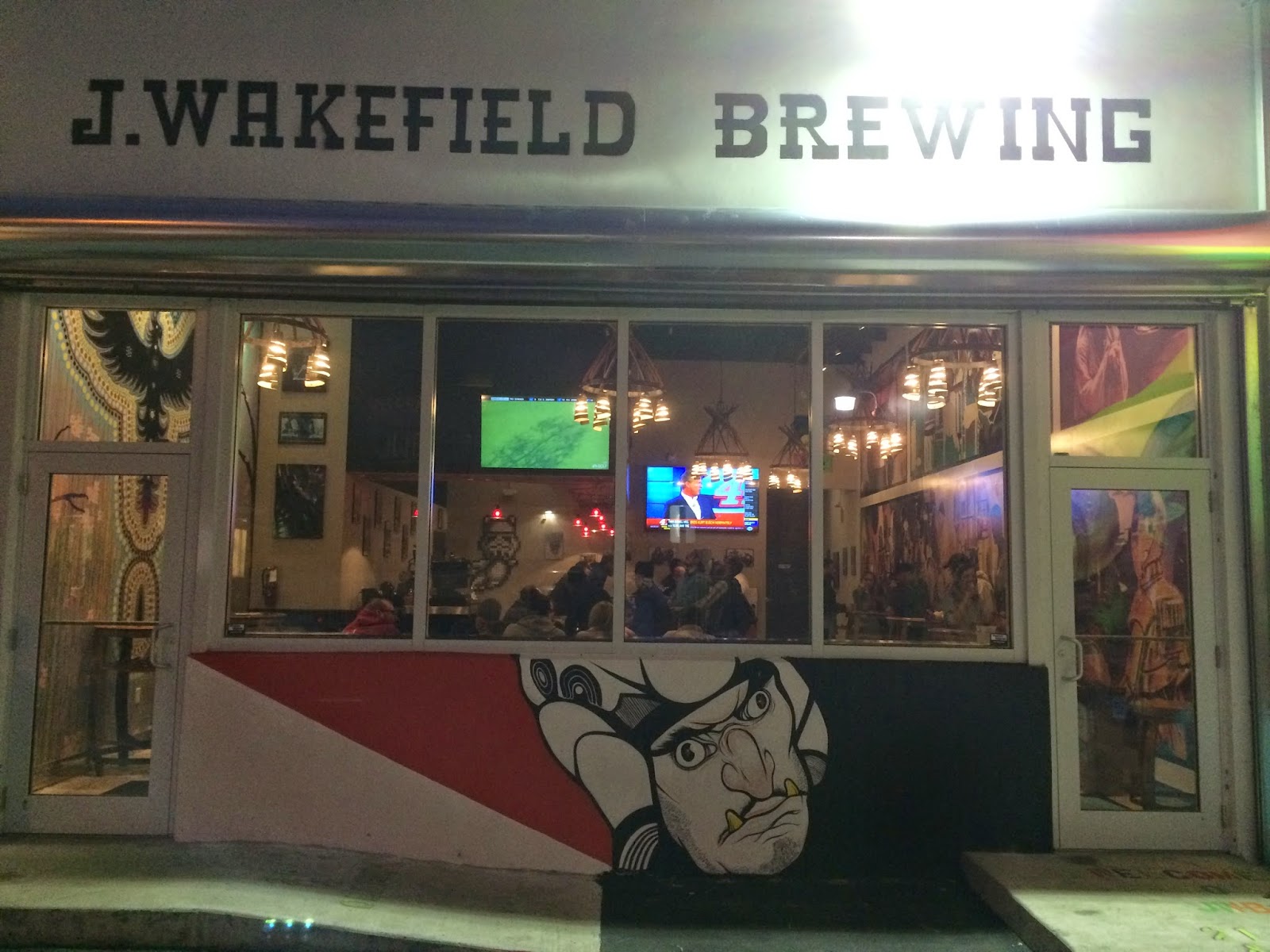 Last night Ed Roberts and I attended the Amstel Light Burger Bash in Miami Beach. Considering we already knew that the beer selection would be fairly, well, Amstel-ish, we planned a pre-game stop at the newly opened J Wakefield Brewing in Wynwood. I don't even think these guys have had their official grand opening yet!

For 5 pm on a weekday, the place was pretty crowded. We arrived to a beer menu board of 5 core beers and 6 specialty brews. Flights of the core beers were available but not the specialties, so we decided we'd have to start by checking out ALL the specialty beers, even as full snifter pours. 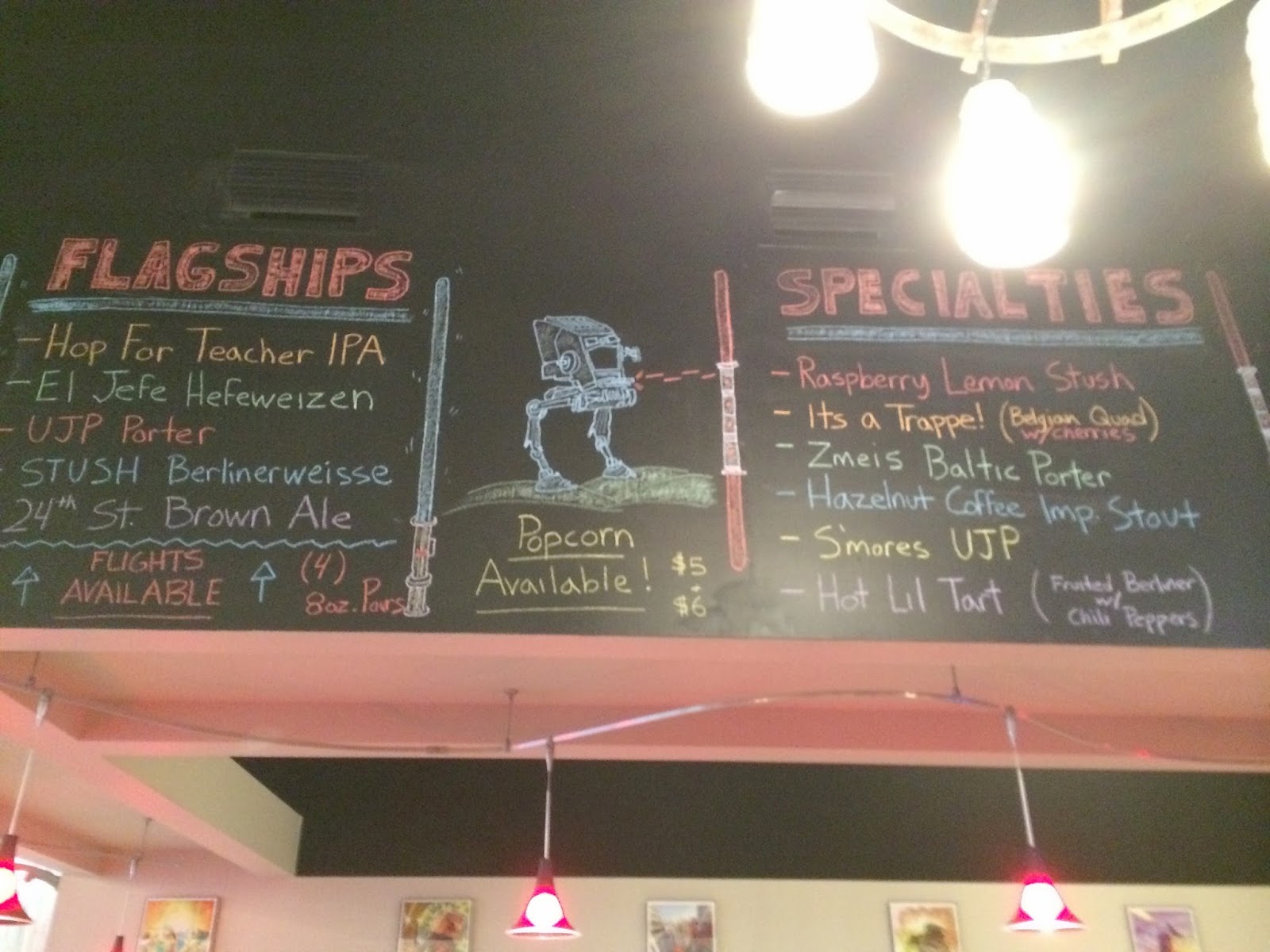 I probably made a bad first choice, only because Its a Trappe! was one of the biggest of the six, a Belgian-Style Quad brewed with cherries. But it certainly was delicious! Ed was smarter, first choosing the Raspberry Lemon Stush, a Berlinerweisse. But of course we were sharing so no big deal. Both were great, but the Stush was super flavorful and refreshing, low in alcohol and the perfect starter.

Next up, Zmeis Baltic Porter and Hazelnut Coffee Imperial Stout. Baltic Porters aren't really my thing, but the beer was rich and flavorful--pretty good. On the other hand, that Stout kicked ass! The aroma was so full of hazelnut and chocolate and coffee, and the flavors followed. A little sweet, milk stouty, creamy and wonderful flavors. 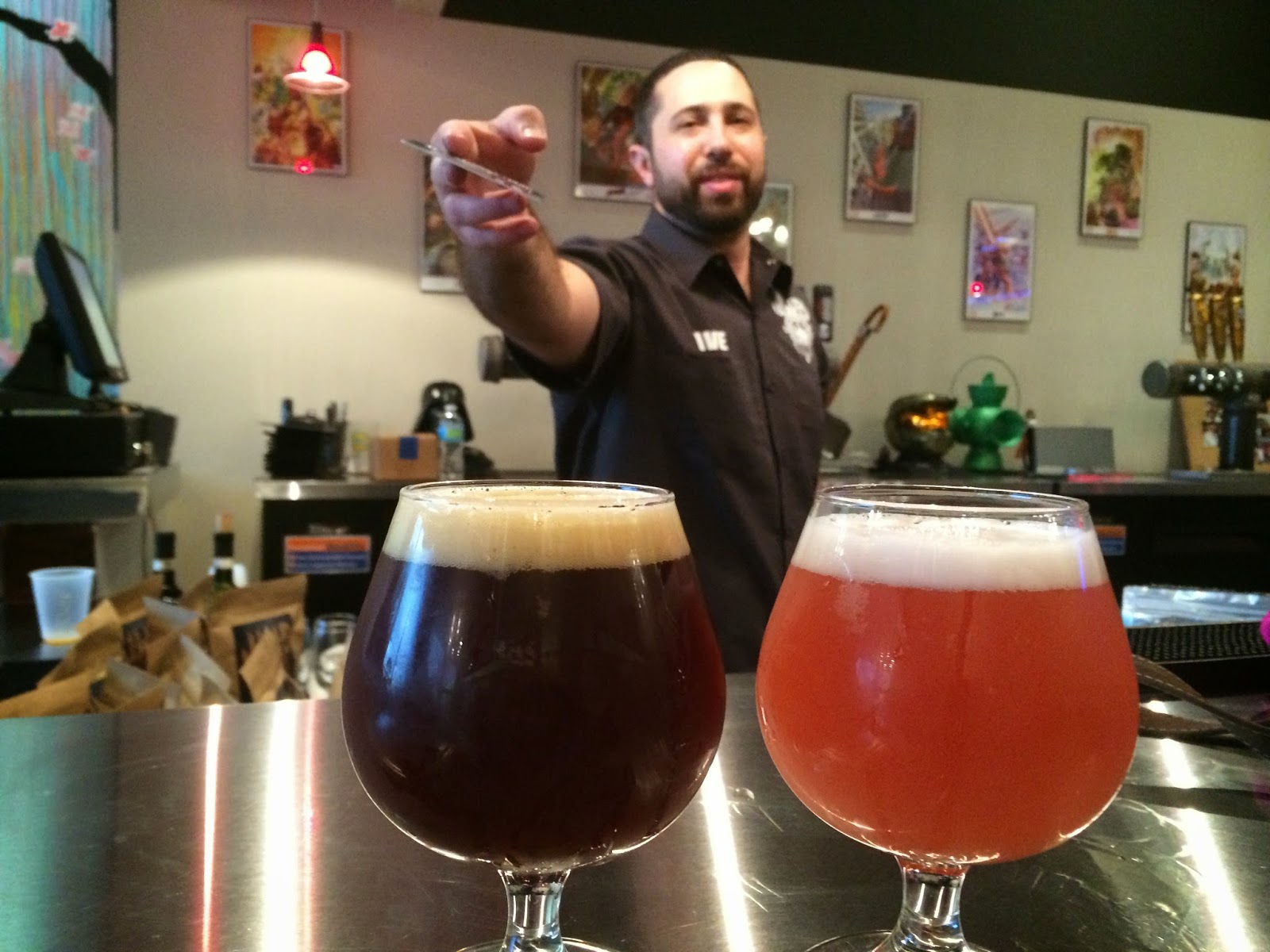 The final beers included S'mores UJP, a porter that tasted like, you guessed it, S'mores. Chocolate, brown sugar and spiciness for the Graham Crackers, and some creaminess for the marshmallows. And Hot Lil Tart, a fruited Berlinerweisse with chili peppers added. The murky orange yellow colors were interesting. And the beer wasn't nearly as spicy as we were prepared for, though a lingering low-grade burn in the back of the throat persisted. Very fruity too. Interesting.

Still with time before our event and a want to try them all, we ordered a flight of the remaining beers. Hop For Teacher IPA and STUSH Berlinerweisse were my favorites of those. But overall on the night, Ed and I both agreed that the Raspberry Lemon Stush and Hazelnut Coffee Imperial Stout were absolute standouts!

Great service. Nice people. Fun ambiance. Just what the doctor ordered before checking out "95 Calories That Never Tasted So Good!" Definitely check this place out! 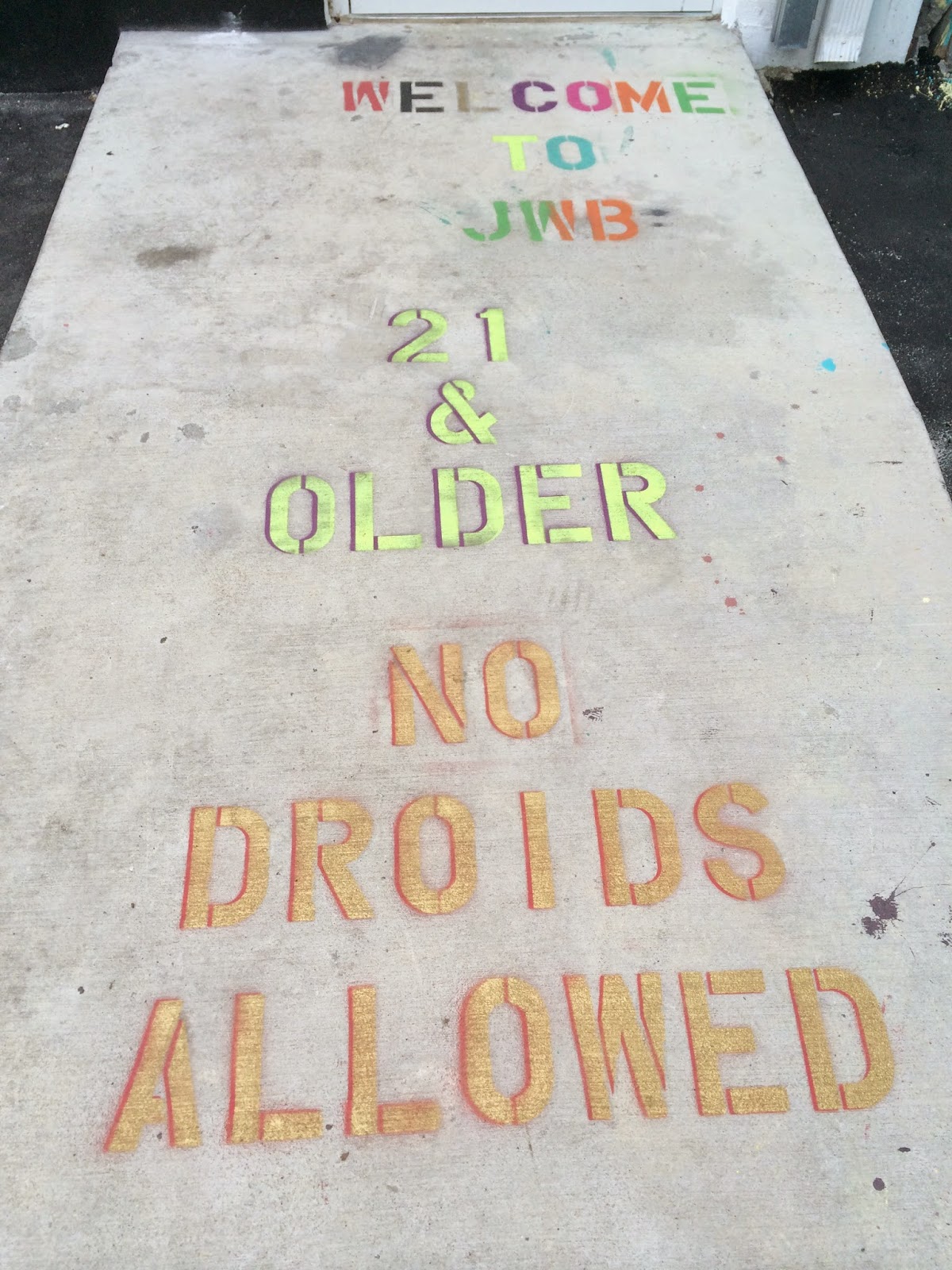 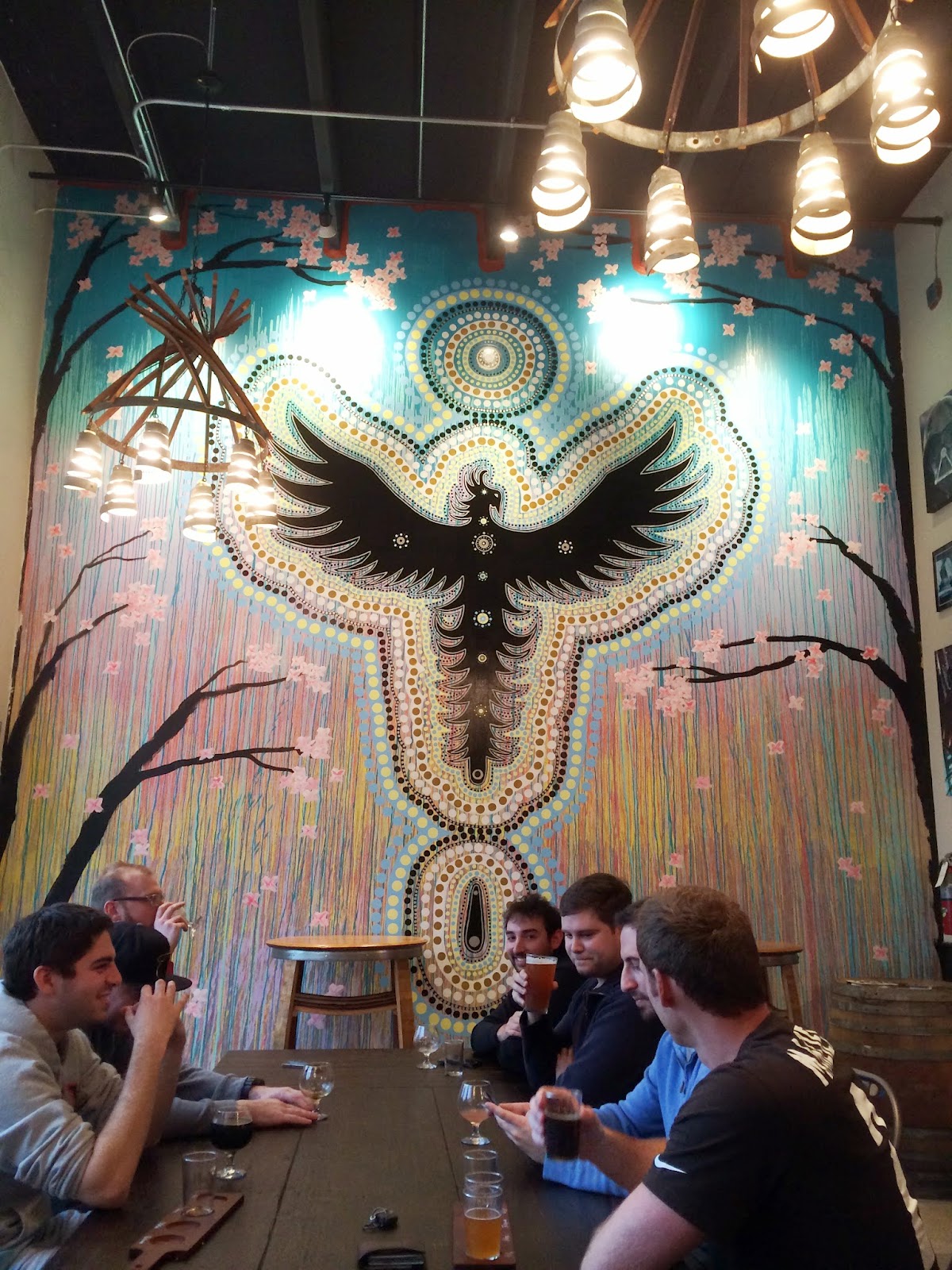 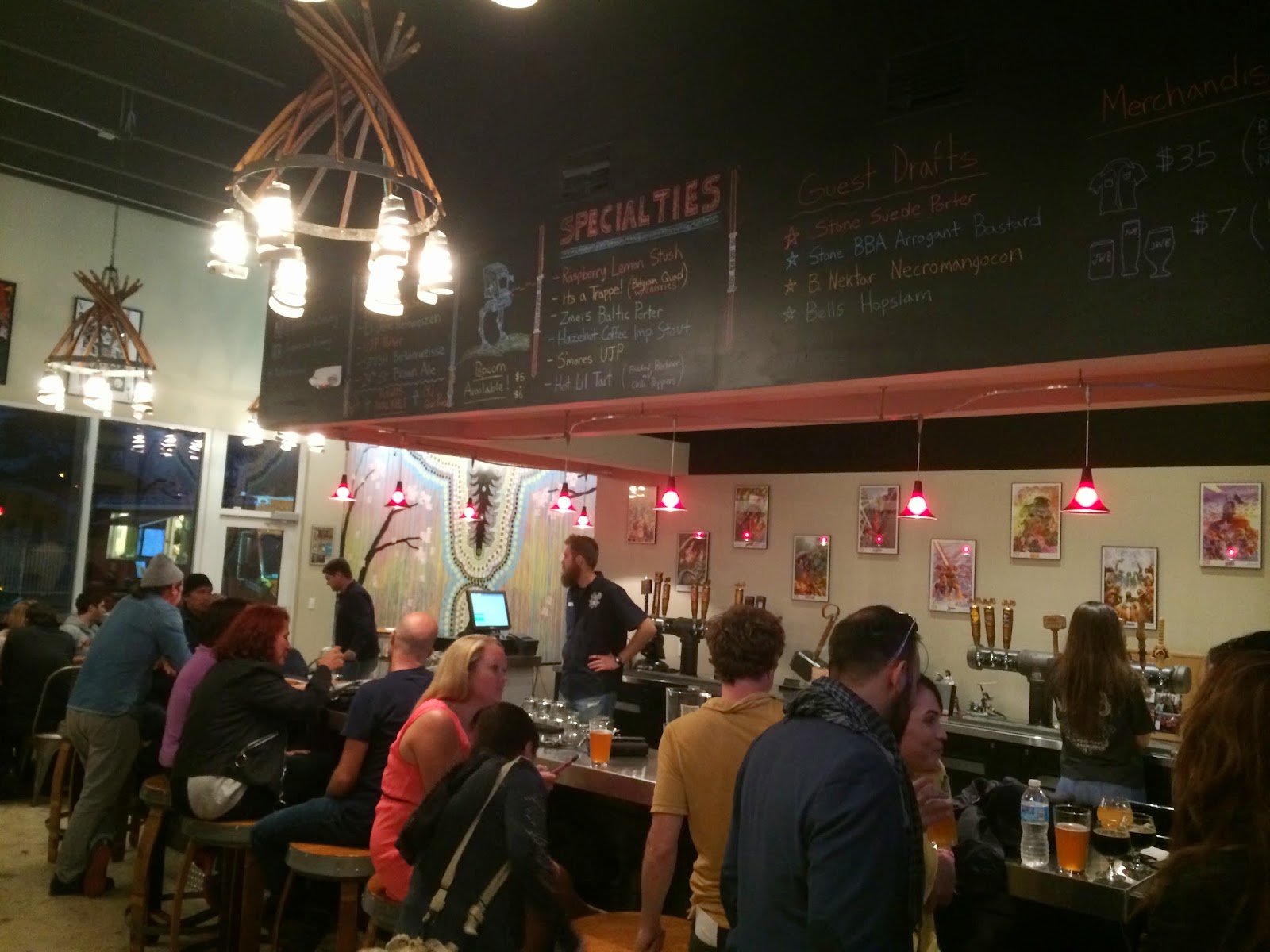 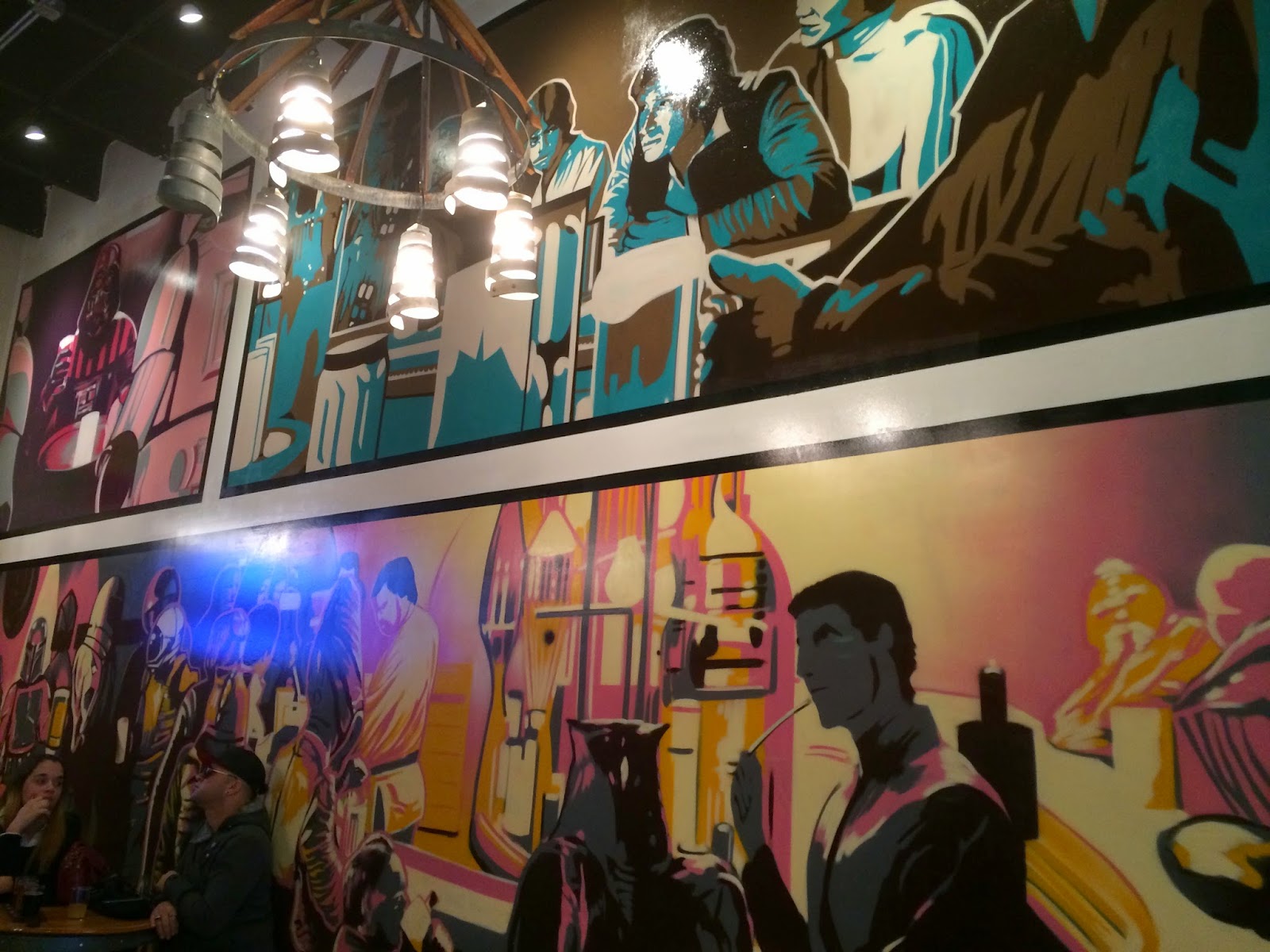