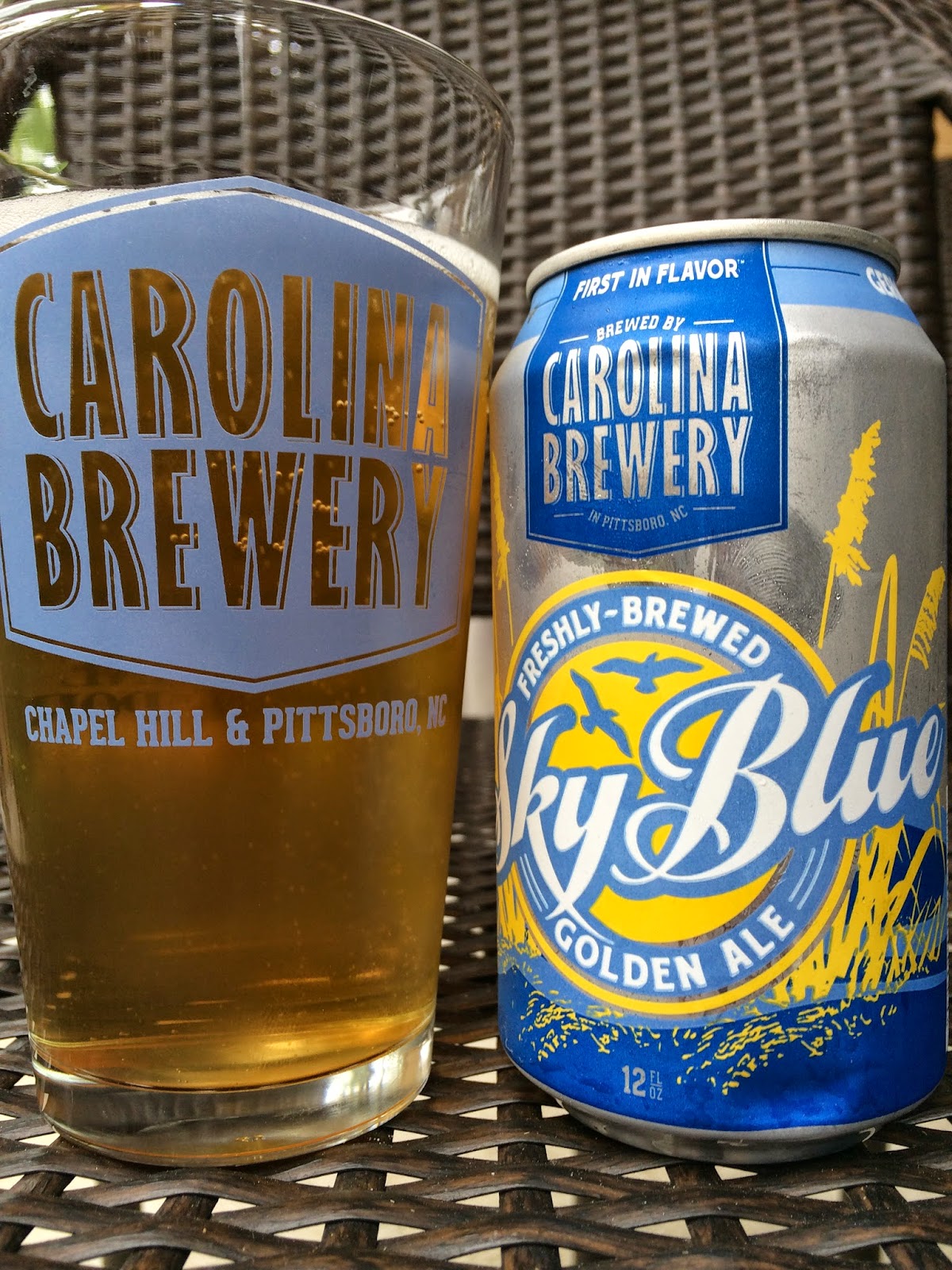 Perfect beer for the White/Gold or Blue/Black Dress debate? Sky Blue Golden Ale, a combination of the two, duh! I'm surprised Carolina Brewery didn't exploit that immediately as a part of their 20th Anniversary celebration! (BTW, that dress was linen/egg shell and brown mustard color). Sky Blue (sounds like a David Copperfield/Beyonce baby name) is a German-Style Kolsch that actually won GABF Bronze in 2012! Nice!

The PR agency for the brewery arranged a tasting since this is a NC and TN distributed beer. Carolina Brewery is actually the 5th oldest brewery in North Carolina, a state that dominates in awesome breweries, so they must be doing something right. Like brewing award-winning beers at both their Chapel Hill and Pittsboro Brewpubs. And sourcing most of their food from locally sourced products (like the cows that are used in their burgers were fed spent grain from the beer-Circle Of Life). The owner is from UNC too, but let's not hold that against him since I don't think he played basketball there!

OK. This beer didn't have much of an aroma at all, maybe a little grain. Flavors were a combination of grainy sweetness balanced by a refreshing lemongrass bitterness. Very simple though also very refreshing. My wife said a beer to drink "on a boat" though we don't own one or have that many friends with one either (so I better check her emails to see what other friends she might have!)

Check it out if you're in the area. Let me know how the food (and beer) tastes! 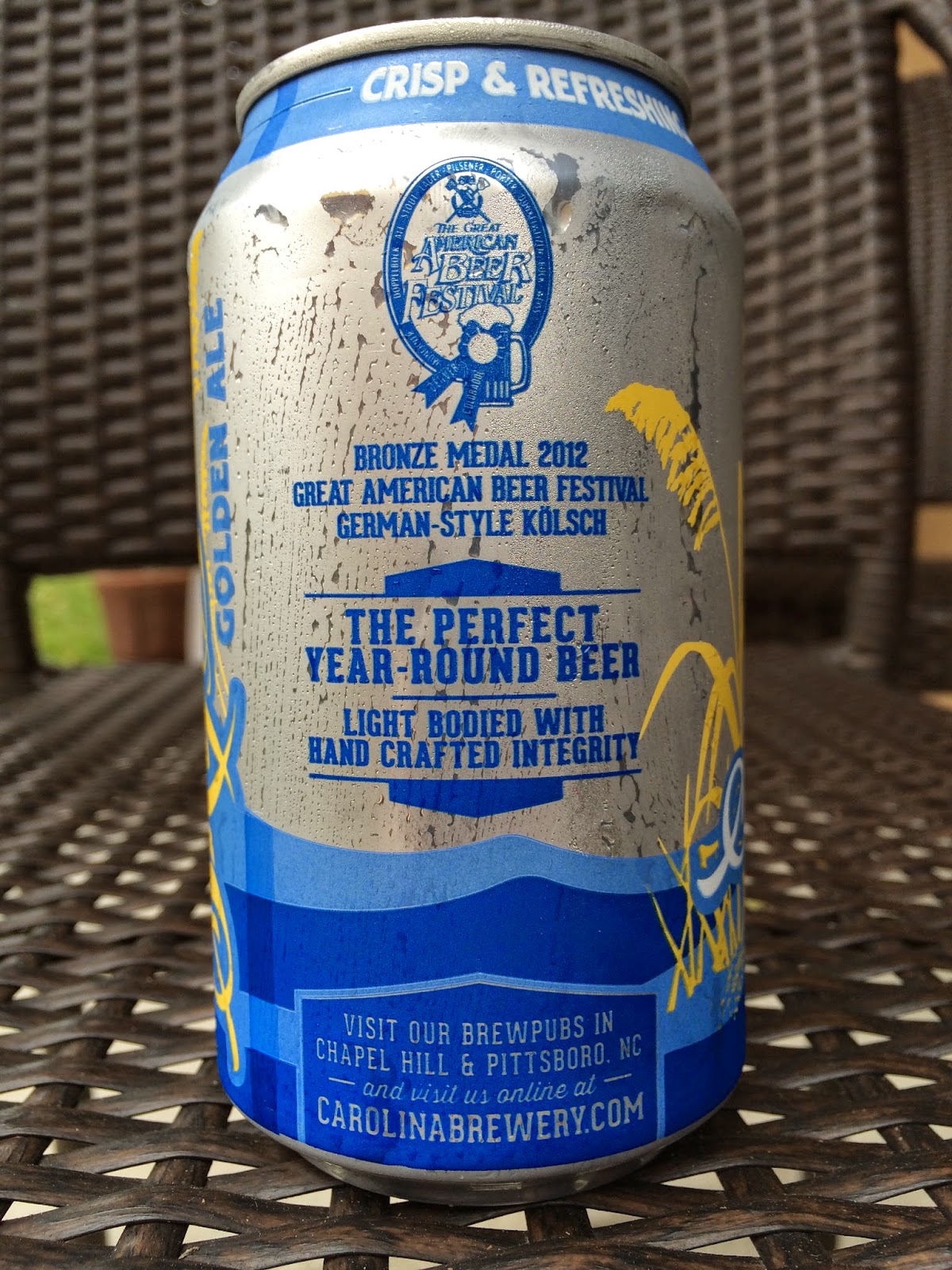 Nice post. I learn something more challenging on distinct blogs everyday. It will always be stimulating to read content off their writers and practice a little something from their store. I’d choose to use some with all the content in my small weblog whether you do not mind. Natually I’ll provide a link on your own internet weblog. Many thanks sharing. backgrounds blue