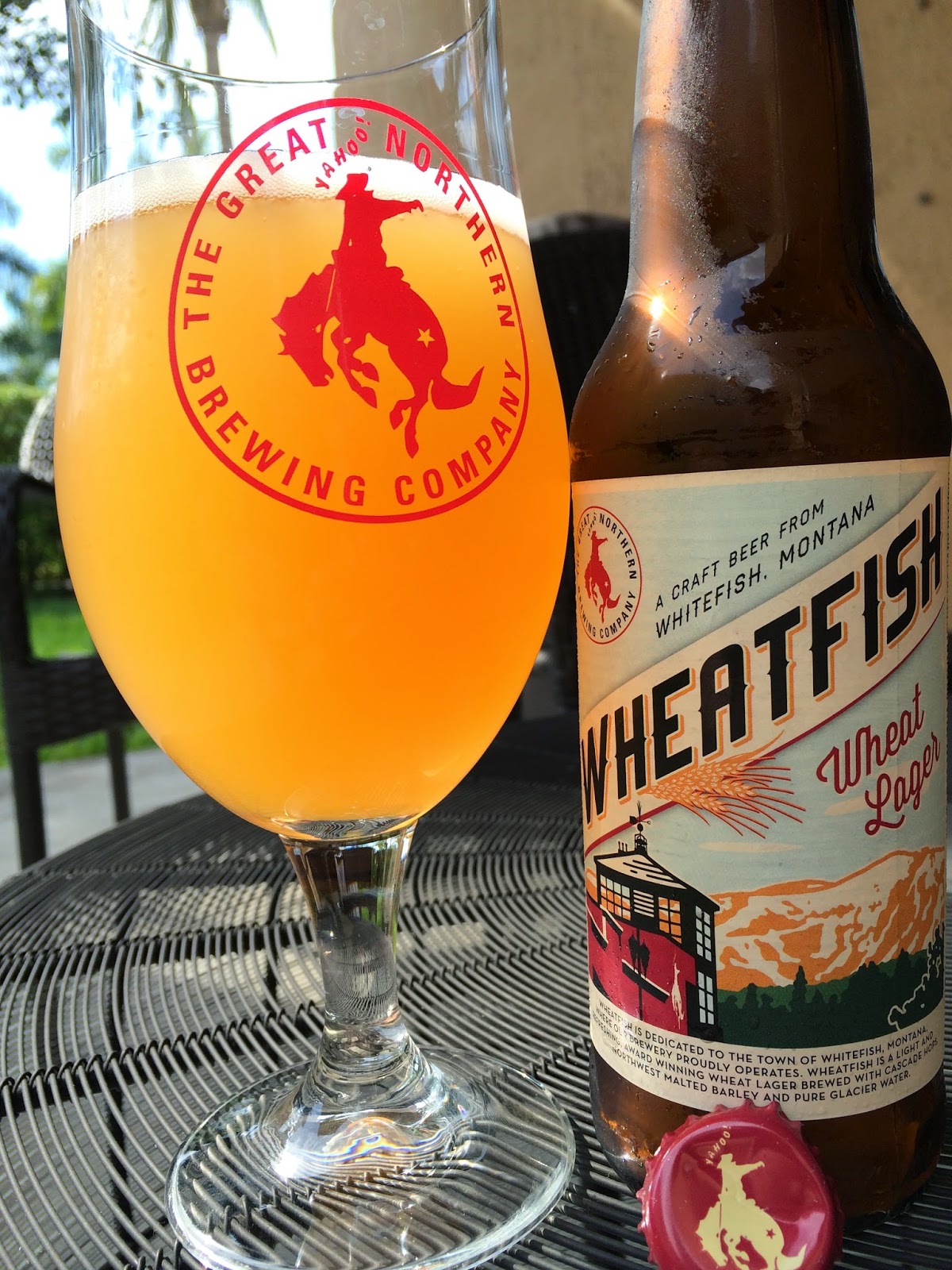 Great Northern Brewing Company recently asked if I'd like to check out their four Flagship beers. Of course I said sure. I tried their Black Star Golden Lager several years ago but was informed that beer is no longer brewed. One of the beers they sent was Wheatfish Wheat Lager, named after the town of Whitefish, Montana where the brewery operates. The brewery is depicted on the label with a backdrop of huge mountains.  4.7% alcohol. 13 IBU. 2013 GABF Silver Medal, American Style Wheat Beer.