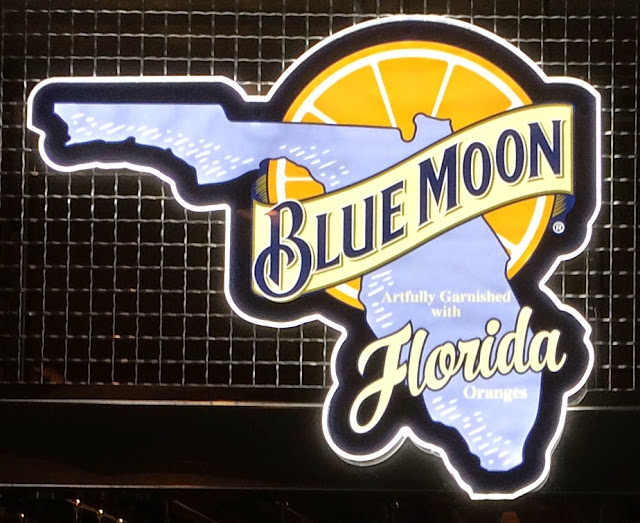 A few nights ago, Digest Miami presented a beer dinner at Shooters Waterfront in Ft. Lauderdale. The dinner was used to highlight the "Artfully Garnished" marketing campaign and partnership between Blue Moon Brewing and the Florida Department of Citrus. The two even put together a Blue Moon logo that incorporates the shape of Florida and a slice of a Florida orange into the design. If I could've figured out a way to take that neon sign with me...

The Five Course Menu was designed to highlight Florida oranges and pair them each with a different Blue Moon offering. Each dish was presented by Chef Brian who let us know some specifics about the food and how the oranges and beer were incorporated into each. All except for the dessert, delivered by Pastry Chef Vanessa.

After saying hello to Jason and Anita from Digest Miami, I was introduced to my first tall glass of Blue Moon Summer Honey Wheat. That's when Brian Reames, Florida Field Marketing Manager for Blue Moon, and Tammy Wiard, Director of Retail Marketing for the Florida Department of Citrus said hello. Tammy explained the importance of the orange crop to our state, noting that a majority of the variety grown in Florida are Valencia Oranges. That's when Brian reminded me that Blue Moon's original Belgian White Ale was brewed incorporating peels from those same Valencia oranges. Both seemed to agree the pair and their partnership were a perfect match.

My wife and I mingled with some of the guests as well as some of the local industry leaders representing the Blue Moon brand. Gold Coast Distributors had some of their team there including their Craft and Specialty Import Manager Darren Dougherty. We also met Juan Diaz and Meredith Zeder from Tenth and Blake Beer Company, the specialty beer division of MillerCoors whose brands include Blue Moon. Meredith was also our host for the evening!

We were seated with the coolest couple at the whole event: Nick Bernal and his wife. Nick is the CEO of a specialty fruit wholesaler that delivered the Florida oranges for the event. He's originally from Colombia and not completely PC, which was a great match for my wife and me, respectively. And just listening to the conversation between him and Tammy from the Department of Citrus was totally interesting and informational (could be the former scientist in me coming out). Biggest lesson: Florida oranges don't look the prettiest but are the tastiest and juiciest! Very fun conversation the whole night with all four of us. And there are some pictures below to show you "it's what's on the inside that counts!"

As we started having our dinners delivered, we were of course chatting beer. Part of Nick's business is to deliver specialty fruits to local restaurants, but it was funny because he was telling me about the text he got for pineapples just hours before from a well-known local brewer. So we started talking about other breweries and festivals and before you knew it, the first course arrived: Corvina Mandarin Orange Ahi Amarillo Ceviche with Blue Moon Belgian White. 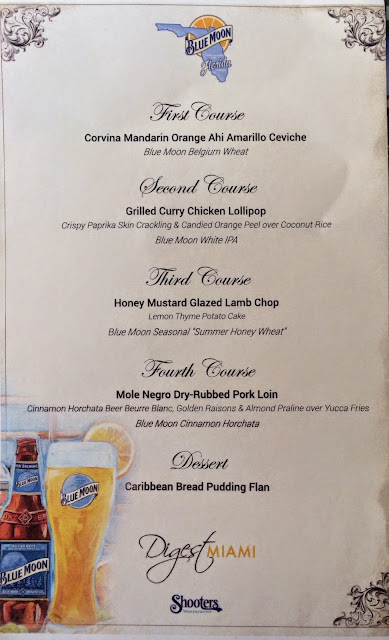 That's when Meredith gave a short introduction, then went table to table talking about the beers. For the first course, she told us the reason a slice of orange was used to garnish this beer (verus a lemon wedge in many other wheat beers) is that it brings out the orange peel spice in the actual beer and offers a light citrus and sweet complement. That was put in place by PhD Blue Moon Brewer Keith Villa decades ago.

After a few beers, though, Meredith stopped getting softball questions! LOL. But she wasn't ever flustered and denied to comment on the stupid dude that sued Blue Moon because he was tricked into thinking he was drinking craft beer. Now I don't know who gets to make the official or legal definition of craft beer, but you guys should buy me a Yuengling some night and let me give you my version. I'd love to hear yours too!

The full menu is above. We had a grilled curry chicken lollipop, honey mustard glazed lamb chop, mole negro dry-rubbed pork loin and bread pudding flan served with the most awesome bananas Foster sorbet for dessert. My favorites were the ceviche, lamb chop and definitely the dessert. Blue Moon's Belgian White, White IPA and Summer Honey Wheat are all good beers, very approachable and flavorful. The dessert was served with a Cinnamon Horchata Ale, in this case brewed with cinnamon and rice. It was my first try of this beer--Miami is actually a test market for it. Not bad but the other three were better options for me.

Before I forget, the service at The New Shooters Waterfront was spectacular. The servers and all employees were so nice and friendly and fast and helpful and engaging. Terrific! I left with a bag of oranges. And yeah, as I mentioned above, some were brown and greenish and discolored, not attractive. But those have been some of the juiciest oranges I've cut into! (Adios, Cuties?!?)

I also took home five Blue Moon 20 ounce glasses with the same new Artfully Garnished label. Two of the glasses had hops in them. I made my kids toss the hops in front of my feet the next morning like the rose petals for King Jaffe Joffer in Coming to America! Was pretty funny but the video sucked. Anyway, check out the restaurant, the beers and Florida oranges! 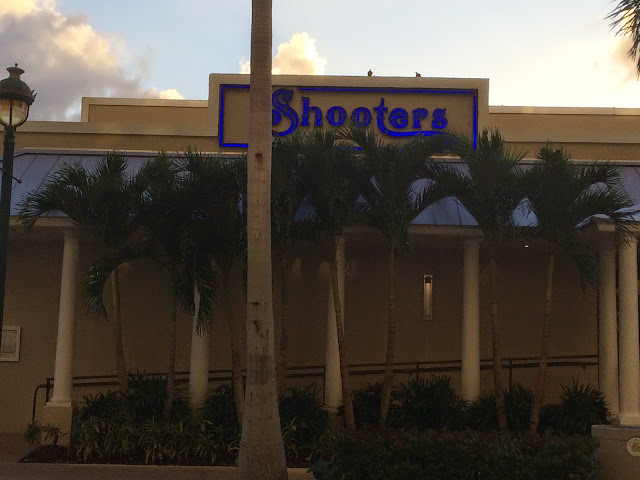 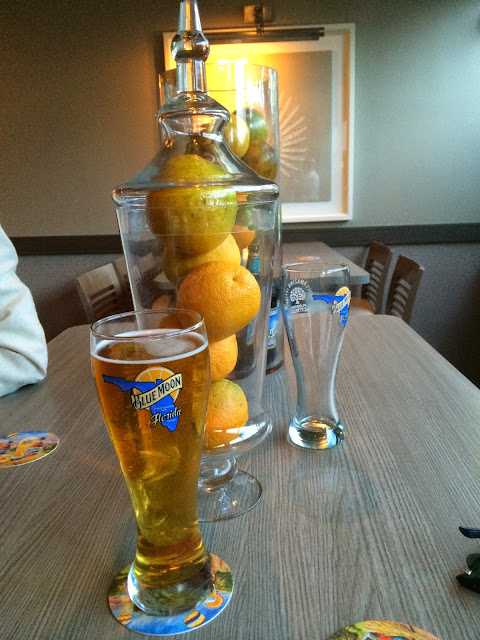 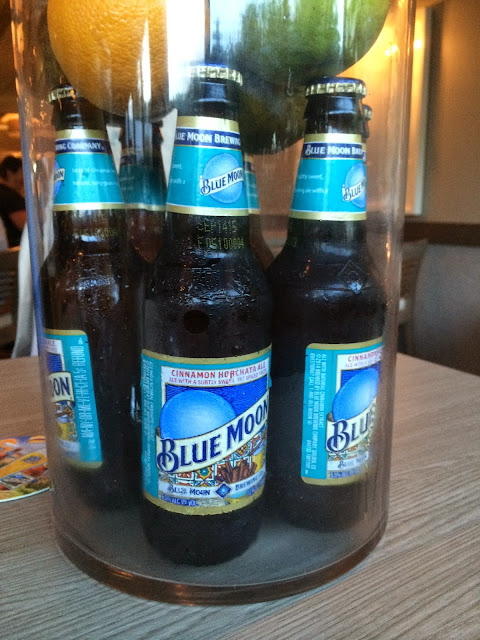 The written piece is truly fruitful for me personally; continue posting these types of articles.
https://www.gudstory.com/best-annual-events-in-miami-fl/