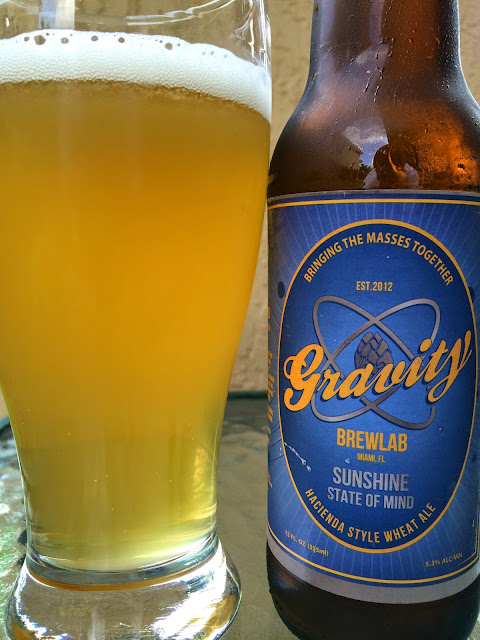 A few weeks ago, I attend the Cochon555 event here in Miami. While that event was more about Heritage Breed pigs (and eating them) and wine and whiskey, there was ONE beer sponsor! That, my friends, was Gravity Brewlab, a brewery that's been in the works here in Miami for a while.

I knew in advance that they'd be the beer sponsor, but when I found out I was a bit surprised they'd be able to pull it off. While Gravity Brewlab is still working to secure space for a taproom in the Wynwood area, they have begun packaging their Sunshine State of Mind "Hacienda Style Wheat Ale," which is what they were serving that afternoon. And they certainly pulled it off!

I had seen Diego and his team around at the brewfests for years, sampling their homebrews and basically watching them turn into a totally pro brewery. I knew they did a collaboration with Cigar City a while back, but I had no idea they were finally ready for a big stage. Anyway, despite watching them for a while, this was the first time I had ever met Diego. Super nice guy. He let me know they were trying to finish some things in Tallahassee and hopefully could open soon. Oh, and he let me walk out with an unopened bottle of Sunshine. 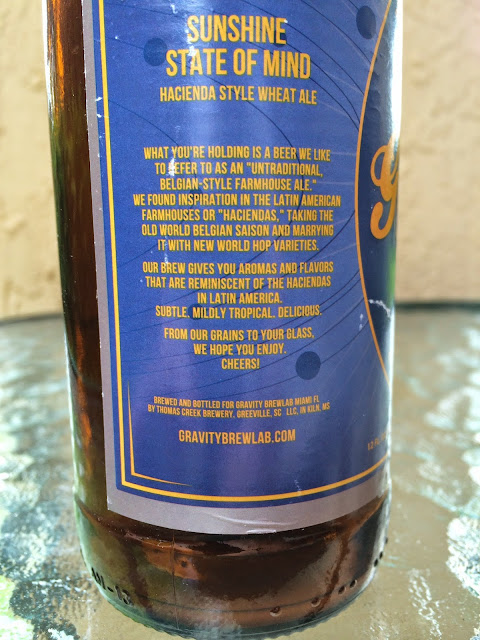 Sunshine State of Mind is a Hacienda Style Wheat Ale. What does that mean? The little story on the side lets you know this is a farmhouse style saison, though the farmhouses in this case are the haciendas of Latin America, the sources of inspiration. Basically, Belgian style saison with hops from here.

Wheaty, lemony aroma. Terrific tangy flavors from the beginning, sharp lemon. Belgian yeast is unmistakable with a little funkiness too. Hoppy, yeasty, lots of little fruity nuances. Extremely refreshing and flavorful. And my wife loved it--drank at least three (I was sipping Manhattans). If you see it, check it out. And I'll let you know when the brewery is open to the public.
Posted by Beer Drinker Rob at 7:30 AM