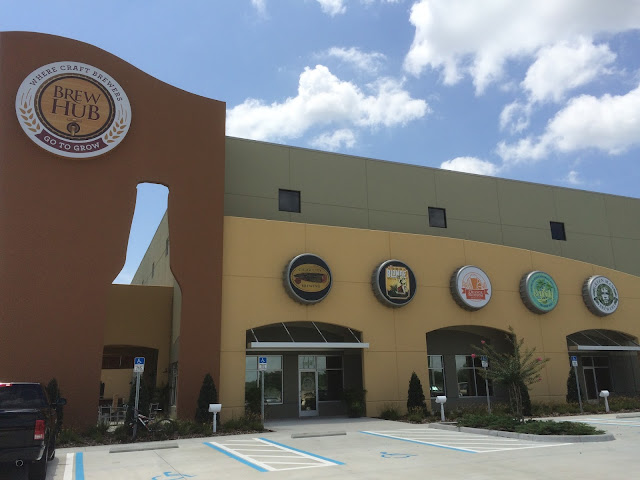 After leaving Lakeland Brewing Company on Saturday, my wife and I headed toward stop #2 of #EpicBreweryWeekend - Lakeland's Brew Hub, another new facility open only since September, 2014. Before I forget, if you ever go between these two breweries, you will see just how monstrous the Publix operation really is - miles of warehouses and offices!

Our no-GPS-using asses drove right past the mostly empty industrial park where Brew Hub is located. On the way back, we went around a few mega-buildings before finally finding our destination (right next to I-4, though you need some direction skills to get there from an exit).

Since Brew Hub was only open for around 20 minutes at that point early Sunday afternoon, there were only a few other people there. Our bartenders were very nice, knowledgeable, friendly and attentive. Jessica told us all about their operation as both a contract brewer in addition to offering their own beers. 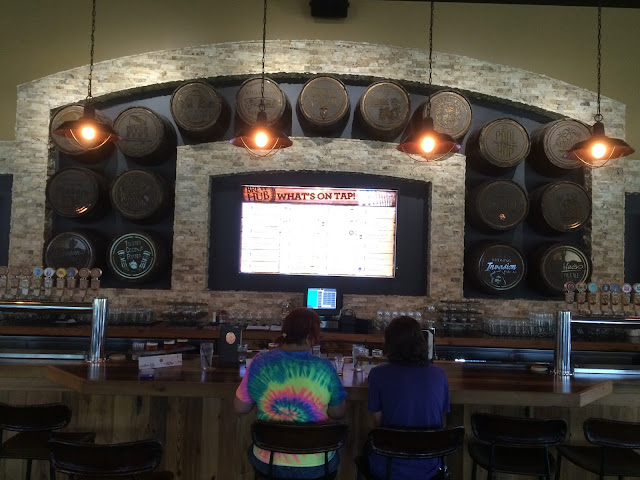 There were 24 beers on tap including beers from Cigar City, BJ's Brewhouse, Orange Blossom and Toppling Goliath. They also brew for Asheville's Green Man though they had no beer left after sending it all to their client (which I suppose is understandable). Brew Hub had a few of its Brewmaster's beers on tap in addition to their Golf Beer lineup, designed by Freddie Jacobsen and his pals for the non-craft golf crowd. I've tried those--let's just say they don't leave the center of the fairway and are pretty boring, so we didn't include those in our day.

I took the best pictures I could of the actual brewery, but public tours are not available at this time (I couldn't even book a private one, though my request was answered nicely by the brewery's GM). The indoor space was comfortable. The outdoor space, well, I didn't even bother sitting there in Florida crazy heat. Good music. Fresh and new like you'd expect from a place under a year old, and it looked like their prime busy hours probably are a lot of fun (not that I didn't have fun). 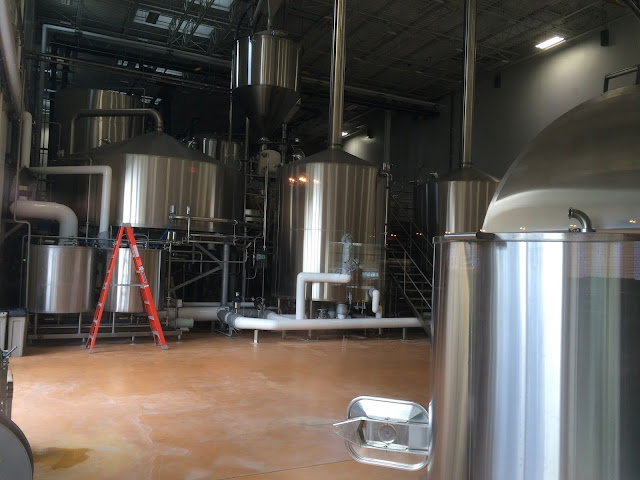 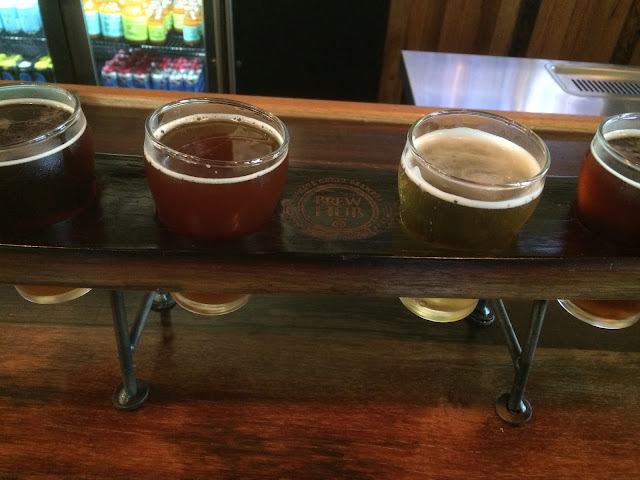 Jessica also gave us a small sample of Brew Hub Inside Joke IPA for comparison after we were raving on Toppling Goliath's Golden Nugget IPA. And it turned out to be our favorite of Brew Hub's own lineup. Their Confidence ESB had a nice herbal and malty flavor; Dry Dock Weizen Bock had a great tangy twang though overall was a little too sweet for me; and if you like the Bourbon barrel aged beers, their Imperial Amber was all about the Bourbon.

Best beer of the day turned out to be Toppling Goliath's Golden Nugget IPA. What an excellent tropical hoppy fruity flavorful masterpiece. Mangoes, oranges, super juicy explosions, but with enough bitterness to perfectly balance it all. We also very much enjoyed Orange Blossom Back in the Day IPA - super solid and flavorful IPA; and Weiss Weiss Baby - tangy, fruity, simple and refreshing. 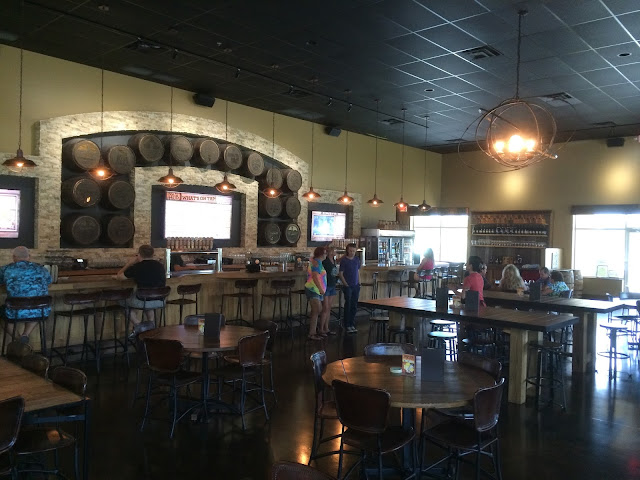 Overall, Brew Hub has a lot going for it - a beautiful facility, their own solid lineup of beers, and several well-respected craft brewery clients. "Where Craft Brewers Go To Grow" seems like a perfect motto. Nice job and thanks!

Next up.. Playalinda Brewing over in Titusville, FL! 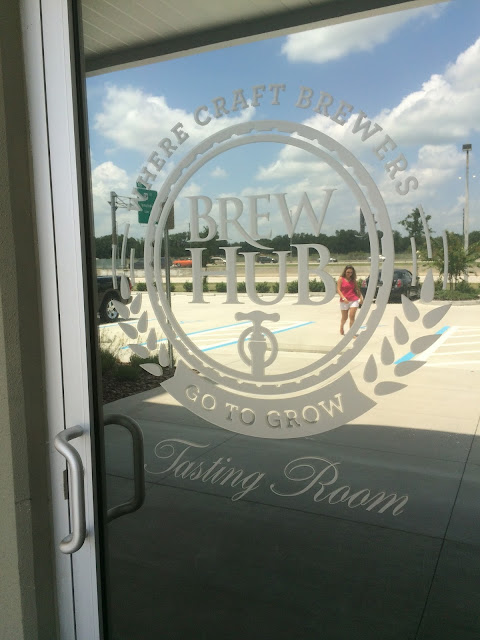 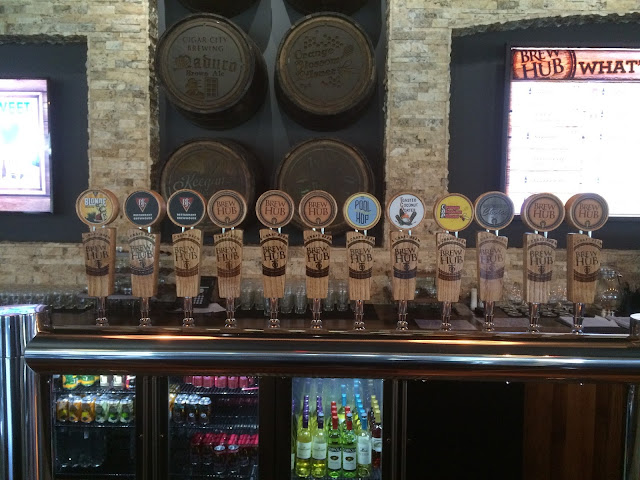 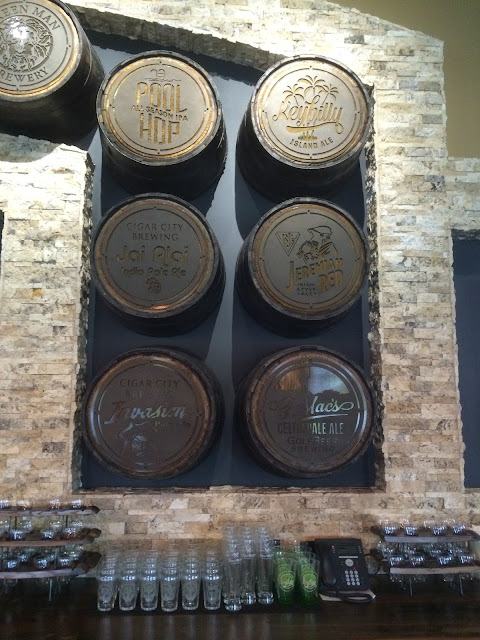 Wait... They brew for Greenman? That's interesting... I mean, their facilities in Asheville aren't overly impressive but I thought they could supply their own label... huh...

I guess they have enough demand that they need to contract some of their beers. And whatever Brew Hub brewed for them ALL went to NC, so I guess it's popular.

They must be getting a sweet deal or are really good friends with Brew Hub or something. I know quite a few breweries who contract up here...