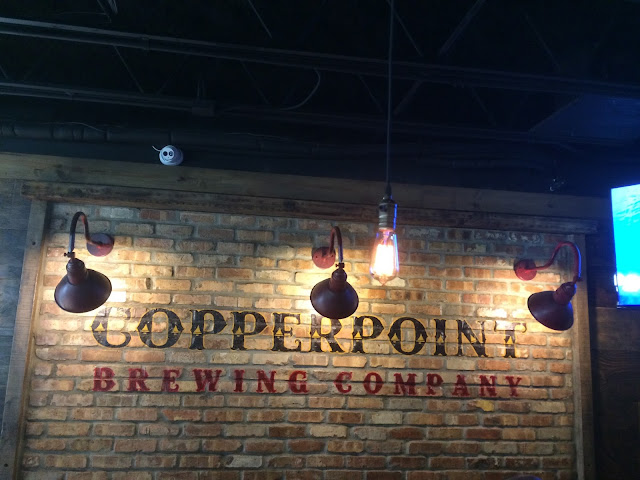 I told you that as we were leaving Twisted Trunk Brewing, the people next to us suggested Copperpoint Brewing Company in Boynton Beach, FL as an awesome new brewery to check out. Well, we already had that planned for stop #8 of #EpicBreweryWeekend! We arrived not that long afterward.

Copperpoint is the new place of owner Matt Cox who brewed for Big Bear Brewing in Coral Springs for 13 years. The tasting room is huge, fully air conditioned, and just beautiful. Copperpoint opened "the day after Mother's Day (2015)" according to one of the bartenders. I just checked that to be May 11, 2015, so I guess they are just open around two months-ish. 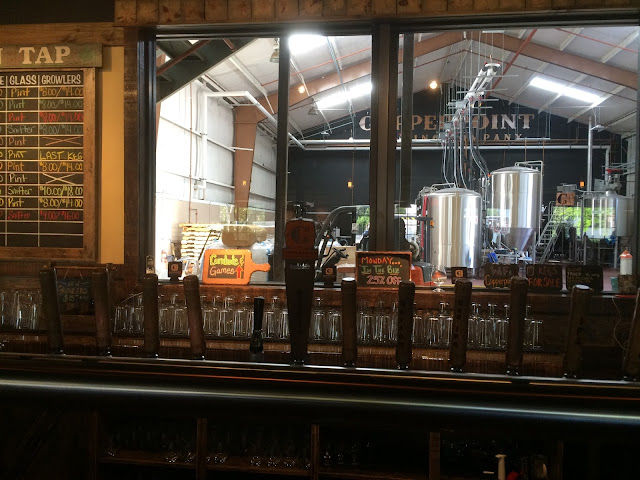 Copperpoint isn't permitted to serve food, but they do have food trucks scheduled to serve food every day (the one we ordered from delivered inside!) They have a picture window behind the bar so you can see into the brewery. Copperpoint also has a game area above the brewery for cornhole, video games, ping pong etc. No one wanted a shot at the champ while I was there! LOL

My wife and I focused on our beer options from a chalk board behind the bar while our food was being made. While we were deciding, I recognized one of the bartenders from several occasions, and the guy sitting next to us looked really familiar and was certainly interesting (and also bar-hopping that day). Lots of fun conversation. Two flights sound about right? 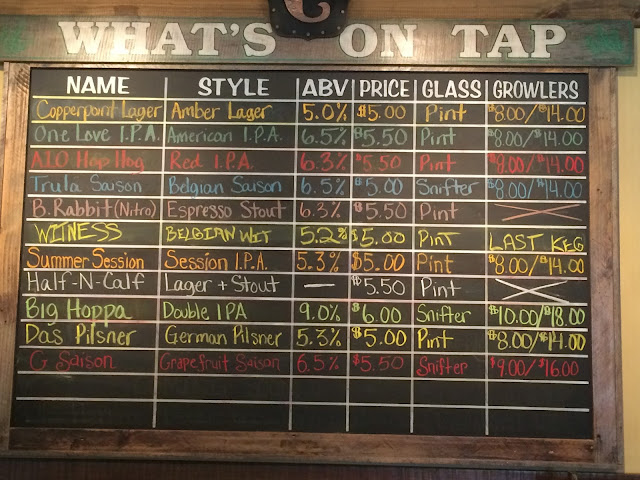 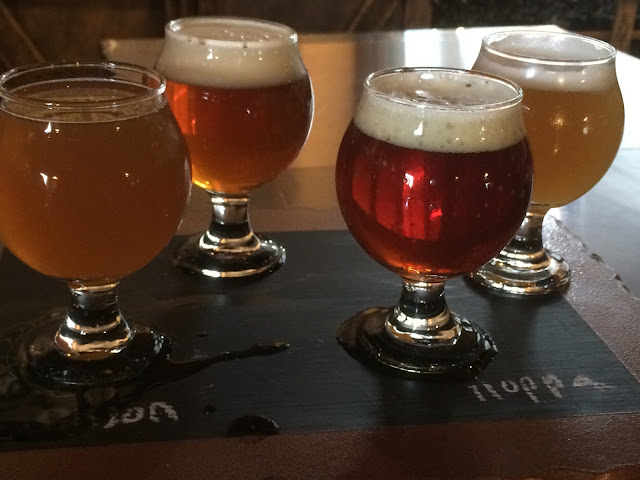 Favorites? Well, I loved A10 Hop Hog, G Saison and Big Hoppa. Start with those and you'll be a happy camper. And the rest were very good - not a bad apple in the bunch. It was time to leave, so I asked the server if I could have our check and one of the Copperpoint stickers I saw around the brewery. I agreed to the $1 charge but she couldn't find stickers as an item in the payment system, so I told her to keep the $1 and figure it out after I left! Now proudly on my craft beer cooler!

Next Stop... Devour Brewing down the road a few miles. 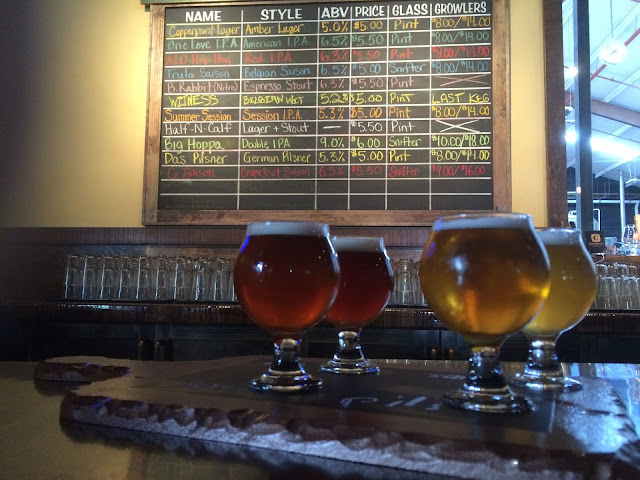 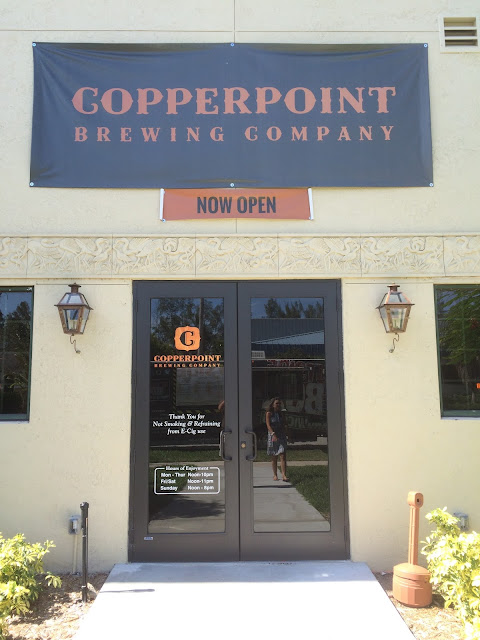 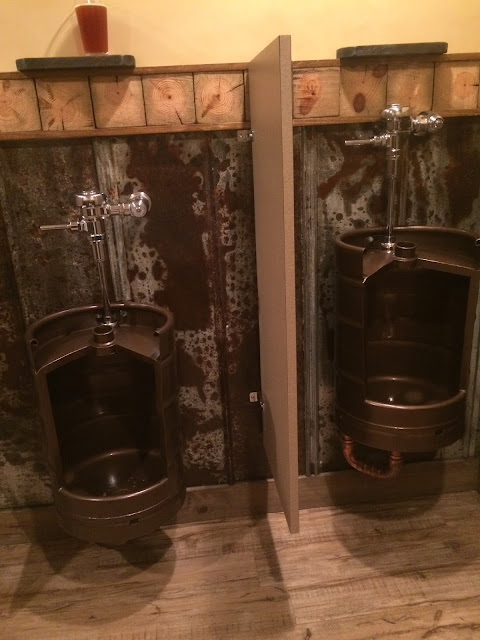