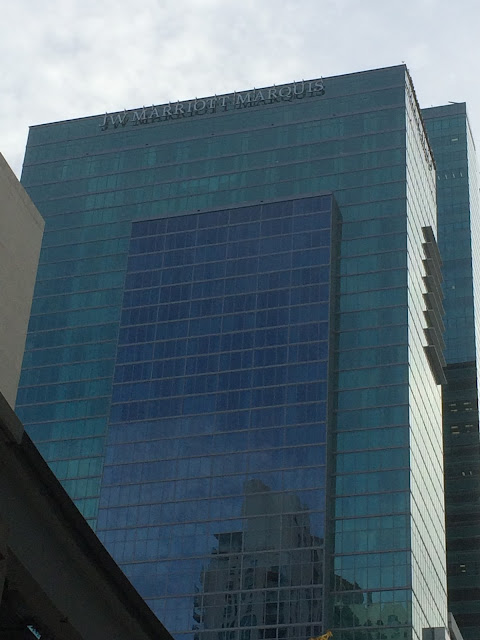 From what I understand, the "JW" in JW Marriott Marquis NOW stands for Jonathan Wakefield, at least in Miami! That after an awesome beer dinner at db bistro moderne in downtown Miami this past Wednesday evening. Of course the db stands for Daniel Boulud, "one of the best chefs in the entire world" as one guy I talked to stated. He told me he didn't even drink beer, that he was a wine guy "there for the pig" in a meal titled A WHOLE HOG SUMMER FEAST,  paired with the beers of Wynwood's (Miami) J. Wakefield Brewery! That guy enjoyed his pig but also drank every drop of beer! Convert?

My wife and I arrived a few minutes early, and there were already a few dozen people sipping beers and sampling the welcome reception appetizers. Among the crowd was Jonathan Wakefield and two people I recognized from the brewery: David and Maria. Jonathan's wife was also there representing the brewery. 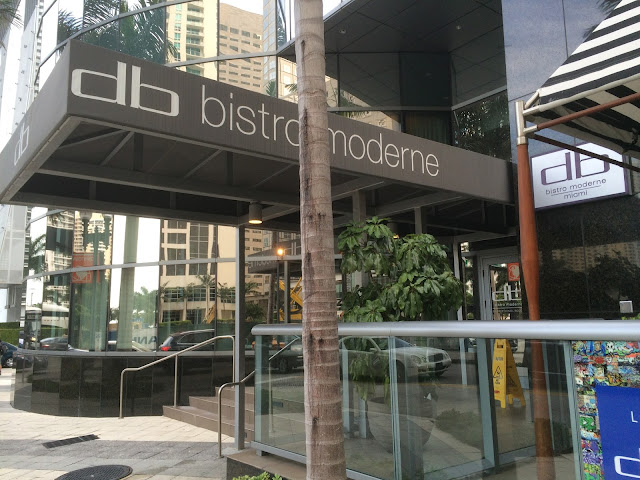 The appetizers were terrific! I particularly loved the Prosciutto among other Charcuterie options as well as the Peruvian Ceviche! Delicious! Of course, we were also being served JWB Ananas Kolsch, a crisp and refreshing pineapple flavored beer that was perfect for this opening. Though I had seen Jonathan around plenty of times, I had never met him personally. That changed right then. A quick intro, a few words about the beer and brewery, and of course a photo op.

Executive Chef Jason Pringle and Sommelier Alan Feldman were also on hand to welcome the guests and chat about the restaurant and the dinner we were about to eat. Jason and Anita from Digest Miami were there as well, and I knew a few other people as well. A very nice crowd of 50-ish was about to check out this Whole Hog Summer Feast!

The dinner was to be served family style in three additional courses. Tables were assigned, and we were assigned the coolest table of all! I sat next to Jonathan's wife and pretty much with the entire J. Wakefield crew. It was fun chatting with them about beer and the brewery and some other fun experiences. I had met Dave before when he was bartending at the brewery. It was also cool to meet Brewer Maria Cabré-Delfino who was featured not too long ago by Digest Miami in a piece about female craft brewers. I asked her about the video and she just modestly brushed it off.

We had some cool introductions and the other diners certainly wanted to know more about the food and where the beers were available. We met Jonathan and his team, Jason Pringle and Alan Feldman. But let's get to dinner was pretty much the conclusion. 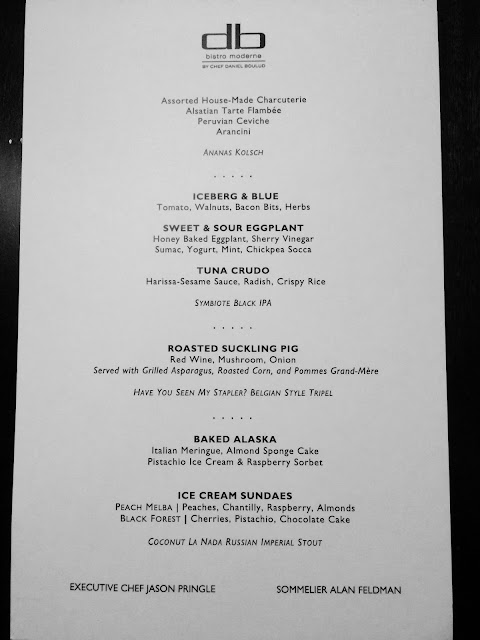 I ate a bunch of appetizers but was definitely ready for something more substantial. Bring in the Iceberg & Blue salad, Sweet & Sour Eggplant and Tuna Crudo served with JWB Symbiote Black IPA. Unless you're a comic book geek, you won't understand Jonathan's nod to Spiderman with this beer name. The food was great and I loved the roast and bitter contrast against each other and the dishes served.

That's when Jason Pringle emerged again with a whole suckling pig. The pig didn't look that big, and someone even asked if it was going to feed everyone. Jason smiled and said it would then introduced the accompanying dishes of grilled asparagus, roasted corn and roasted potatoes. Team JWB introduced JWB Have You Seen My Stapler? Belgian Style Tripel. Naming this beer was just by accident when the JWB team was chatting about an Office Mates episode one day at the brewery. The 11% alcohol wasn't a mistake though. Delicious fruity awesomeness! 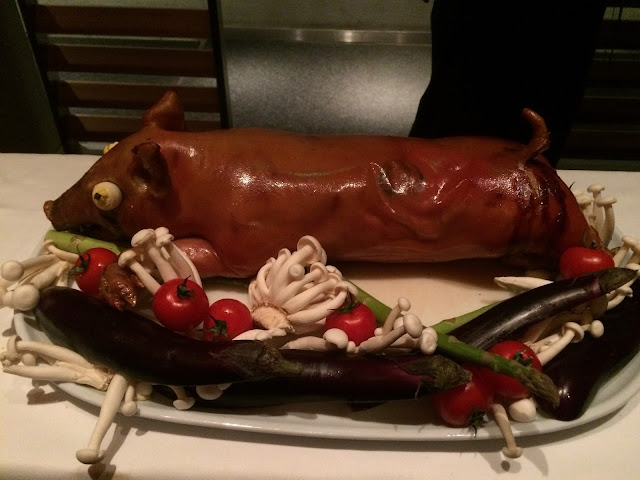 The pig was really nice, juicy and flavorful, and I loved all the veggies. I saw some scrambling for particular items on some tables because family style probably isn't so common here, but in the end, there were leftovers of everything (except beer). I'm pretty sure Jonathan and his wife pushed a few beers my direction too along the way.

Hello again, Jason Pringle, this time with fire and alcohol. Yep, Baked Alaska with some kick-ass ice cream sundaes. Oh, and this dish was served with Coconut La Nada Russian Imperial Stout. Rumor has it that's Jonathan's favorite! Loved this dish and pairing. So awesome!

db bistro moderne has three taps. From what the Wakefield people told me, Sommelier Alan Feldman makes sure they kick ass! The experience and location can't be beat. Shit, I asked the hotel front desk guy where the bathroom was and he pointed "past the (Audi) R8" which was keeping the lobby comfy. Tonight's food and beer and service and happiness were awesome!

db bistro and J. Wakefield Brewery are pretty easy to find and FIND is what you should be doing. I'm pretty sure you can figure it out, but let me know if not!

Thanks for the nice evening! I'll leave you with a picture of Jonathan and Maria "discussing" a new beer treatment. THAT is the way shit gets done in real businesses! 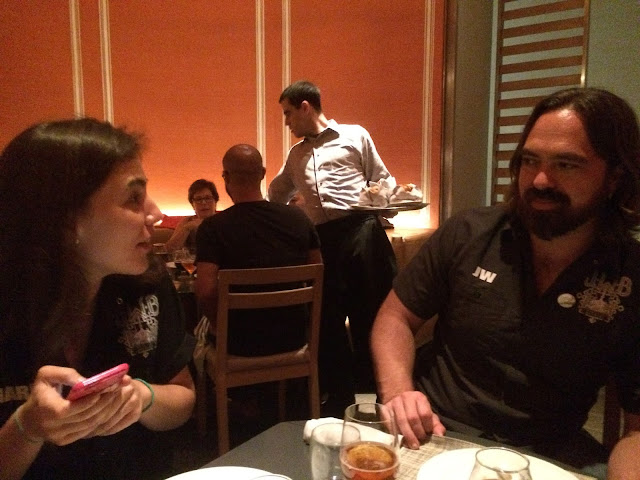 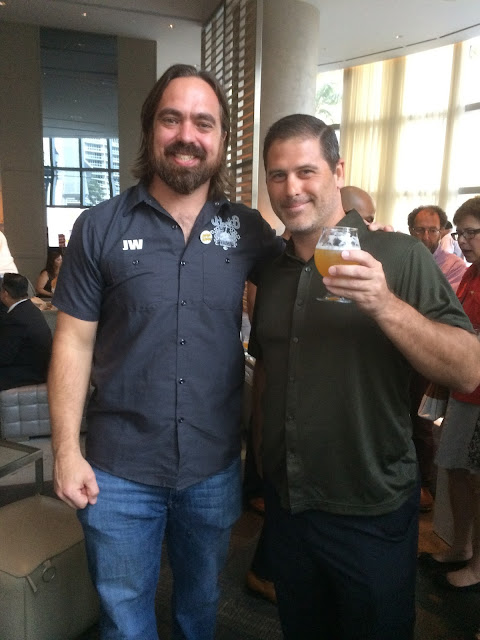 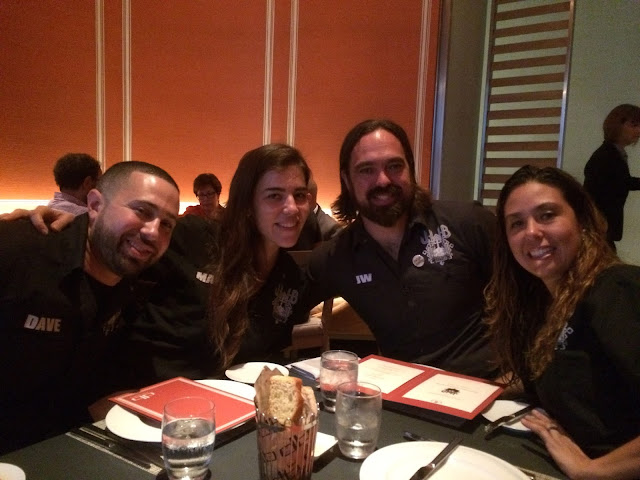 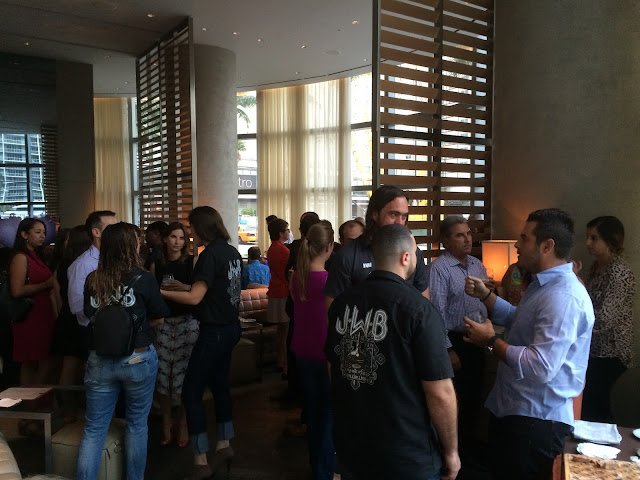 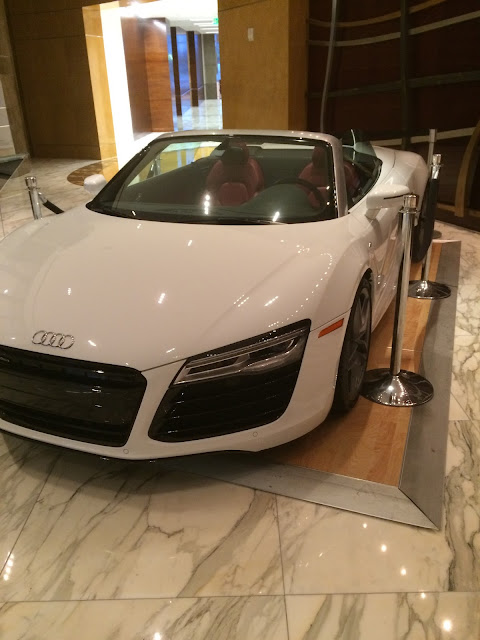 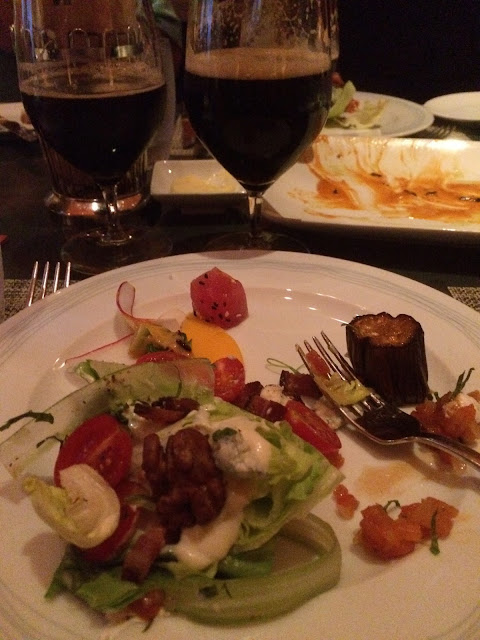 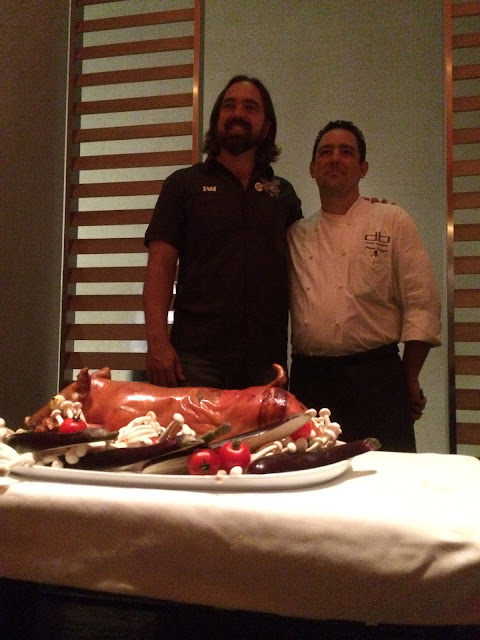 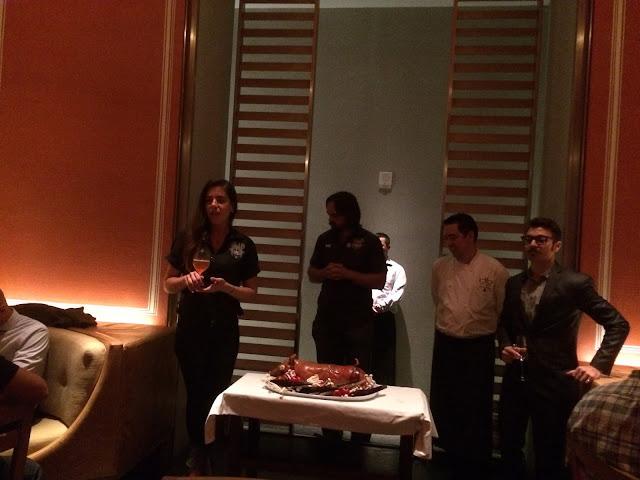 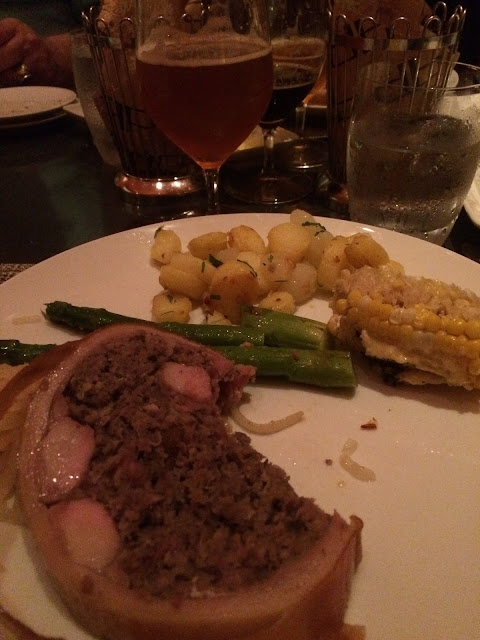 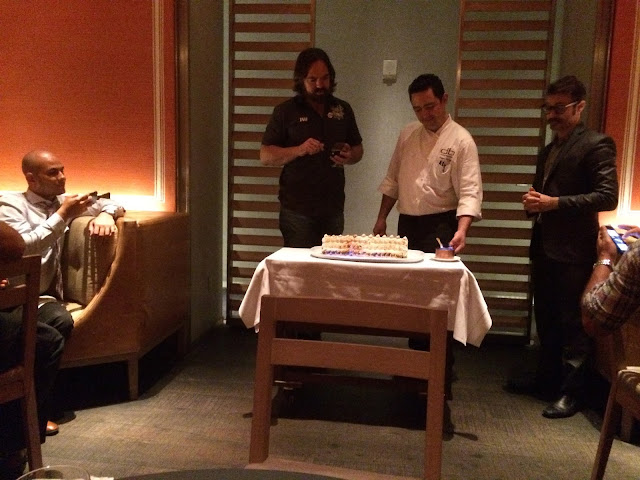 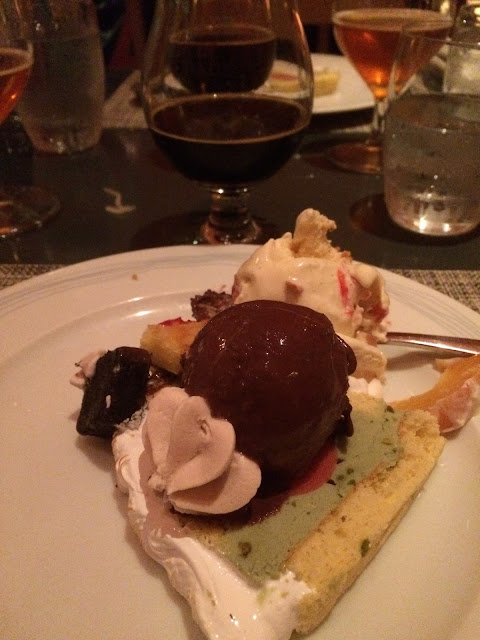