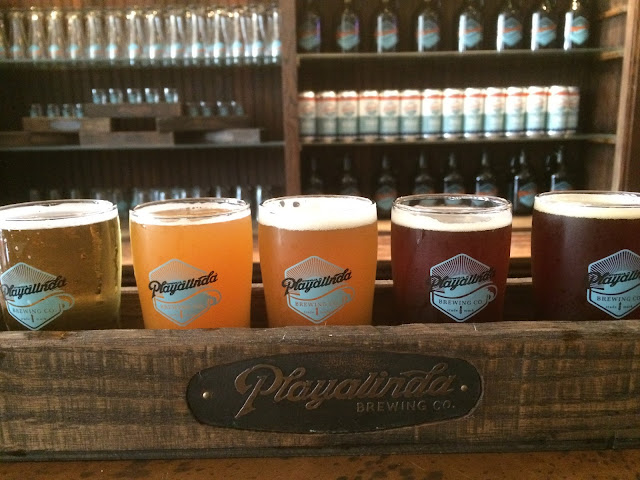 After a nice visit at Brew Hub, my wife and I got back on I-4 toward Disney. But this time we just mooned Mickey on the way by and continued our journey over to Titusville's (FL) Playalinda Brewing Company, stop #3 on #EpicBreweryWeekend. Speaking of mooning, let's get this fact out of the way up front. Playalinda Brewing is named for a local nude beach in Titusville. But according to some of the signs on display, voyeurism is prohibited! LOL.

We parked around back of the former hardware store and historic building housing the brewery. When the new brewery was built, however, a lot of attention was paid to the little details the made you feel like Playalinda Brewing could be set 50 or more years ago. From the sign out front that reminds you of the building's Hardware Store past to the rustic shelving and wood and signs, all was done to "take you back" to simpler days when you could kick back and drink a few pints without any worries.

The bar was hopping pretty good when we arrived, a fun atmosphere. Before arriving, I had asked if the brewery offered tours. I was pretty much told that tours aren't necessary because the brewery is right in the tasting room. And they weren't kidding. A whole wall of shiny stainless steel lined one side while a long bar went front to back on the other side. More tables down the middle offered lots of room for drinking beer.

We bellied up to the bar where we were offered clipboards showing what was on tap from both Playalinda and some guest taps they had off to the side. We decided to check out a flight of five beers, which of course turned into a second flight of five more not so long afterward. 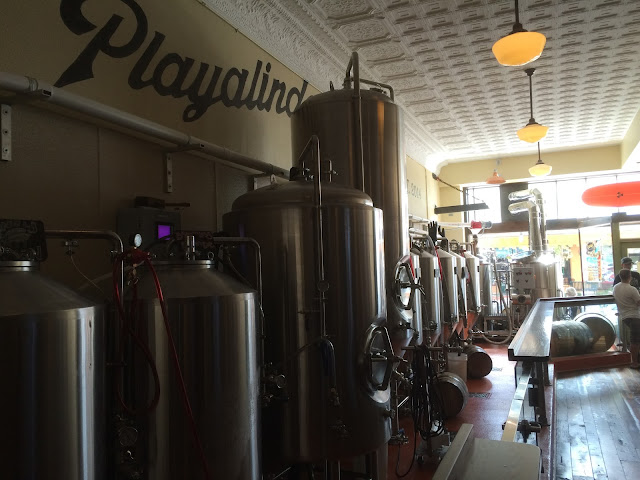 Flight One: Subtle Peach Kolsch, Summer Watermelon Wheat, Saison, Wheat Tart, Nitro Cream Porter. We also originally asked for Black Cherry Dubbel Entendre but were eventually told it's a specialty beer not included in flights. But we did get a small little nip anyway.

We tried almost all of Playalinda's beers and a few guest taps when all was finished. I can honestly say that I enjoyed every one of the beers we sampled. Of course there were favorites... I personally enjoyed the Subtle Peach Kolsch with its (subtle) peach flavors, crisp, refreshing, great bitterness; Summer Watermelon had nice flavors too and some wheaty zing; and finally, Rocket Man Red Ale, nice and hoppy, spicy, very flavorful, caramel backbone. 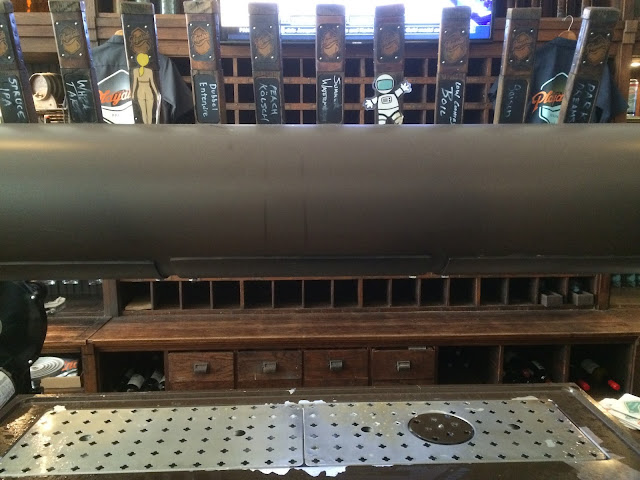 What else? Somewhere along the way, I needed to use the bathroom. A few of the other patrons were cracking up when I hesitated to enter the "Beer Recycling Center." It turned out to be a funny tiny bathroom with a urinal made from an old keg - first time I had seen that, though later stops along the way had similar facilities.

Great visit! Definitely Check It Out!

Next up... Florida Beer Company! 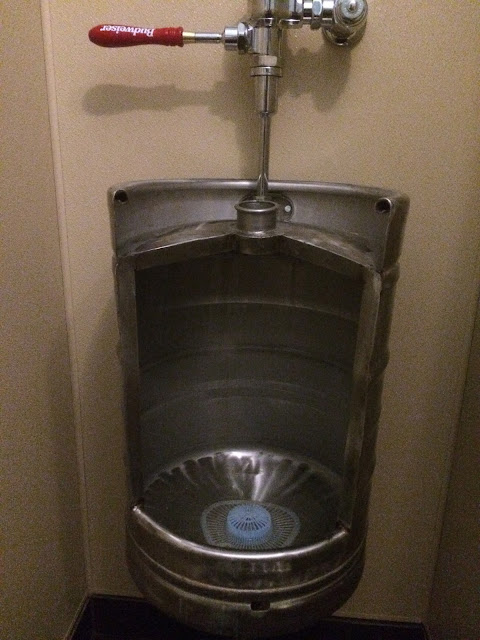 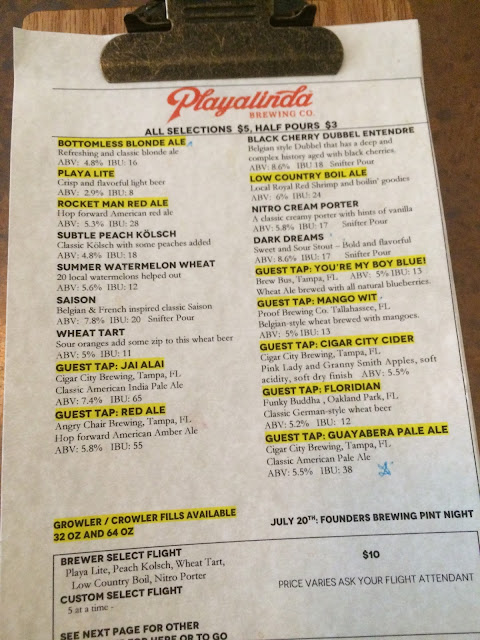 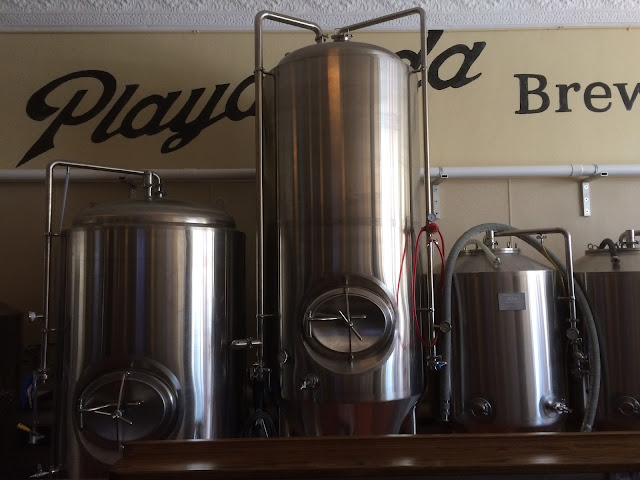 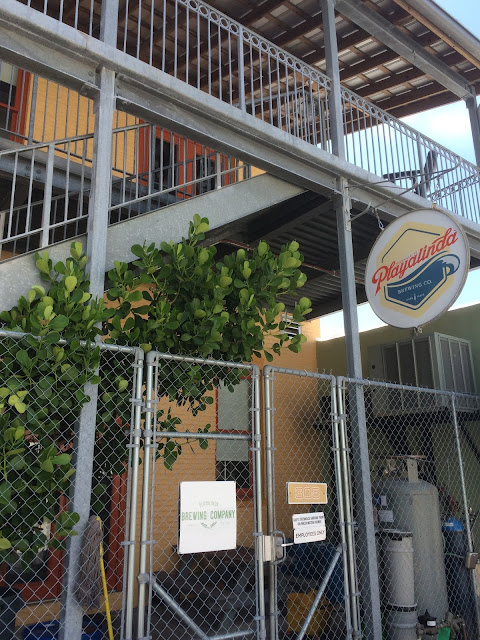 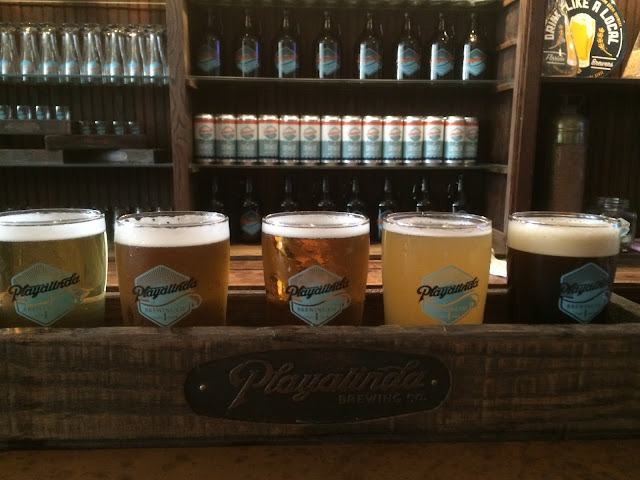 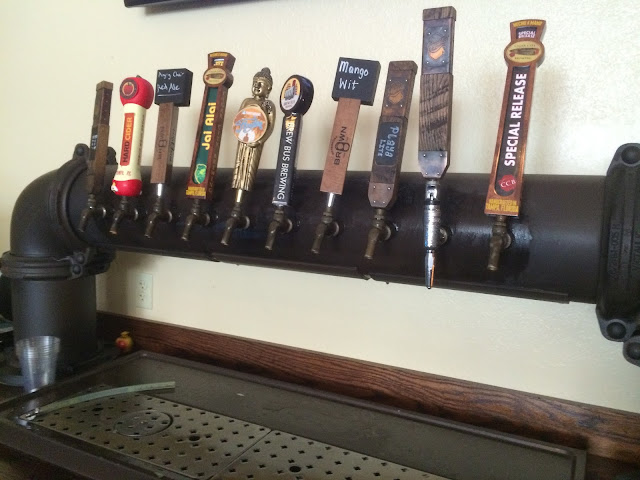 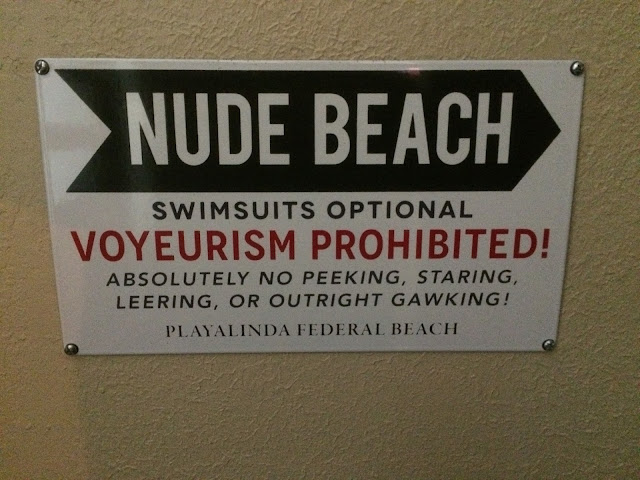 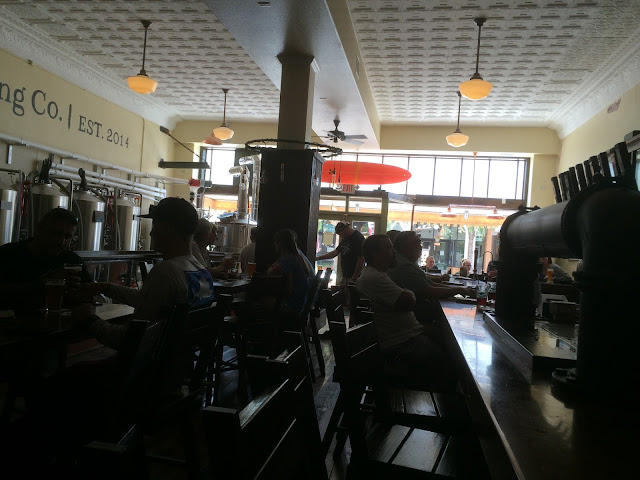