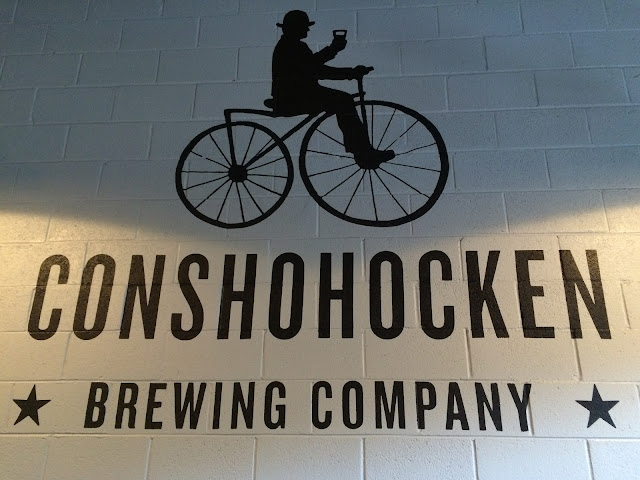 My wife and I left Victory Brewing with a plan to arrive at Conshohocken Brewing right at opening. #EpicPhillyBreweryTour continued! My brothers lived in Conshohocken for a pretty long period in the mid-late 90's, but the brewery only opened last April (2014), so they never had the chance to visit. But I will share a funny coincidence later.

We arrived at opening though there were already people drinking. We asked for a flight of four beers to start. I made a point to ask if it was OK to write on the tap list, considering my earlier experience. This was two pages on a decent stock paper too! "Jess" said that of course it was OK, she didn't give a shit and would print more if needed! 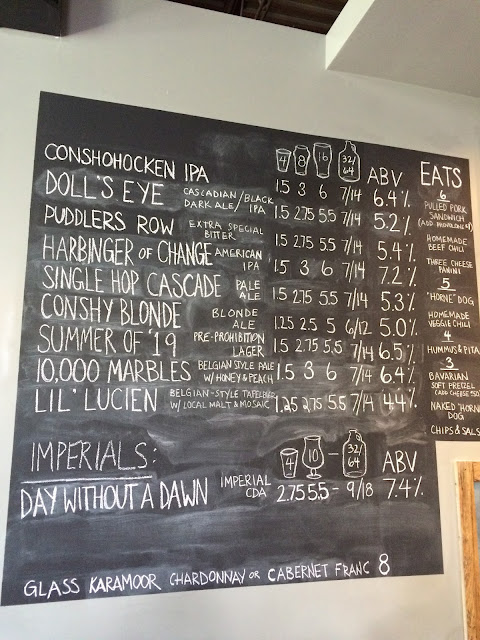 I'm pretty sure we drank them in that order. Conshy Blonde was a nice crisp beer full of pilsner cracker flavor, nicely bitter, very clean. Conshohocken IPA is their best seller and was probably my favorite, so I can see why. Nice citrus, perfectly bitter. 10,000 Marbles is a collaboration with a local homebrewer and is brewed with local honey and peaches. The fruity peach sweetness is really nice and balances out a great hoppiness. Belgian yeast adds a lot to the character. Harbinger of Change, NOT their DIPA at 7.2% alcohol, sharp and spicy, good body, pine and caramel flavors, alcohol kick.

We finished with a pint of one of their specialty beers: Day Without A Dawn Black IPA. I like that they also called it a Cascadian Dark Ale though I think that term is dying. Nice chocolate flavor hit with a good roast and super-hoppy piney flavors. If this is your style, DWADBIPA is The Man! 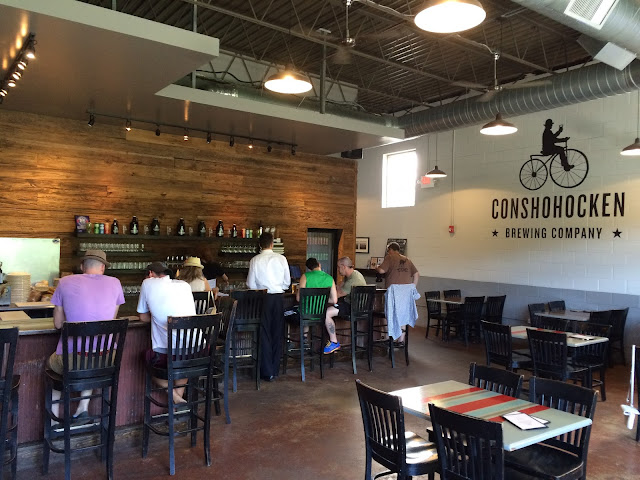 While we were there, at least two groups of bikers stopped by for a beer or two. That's because Conshy Brewing is perfectly located right on the Schuylkill River Trail, so close you can park and lock your bike there within 20 feet. We checked out the outside deck and trail before leaving.

Nice place. After only being opened a year, I see lots of potential. I guess they are also canning beer for local distribution now as well. 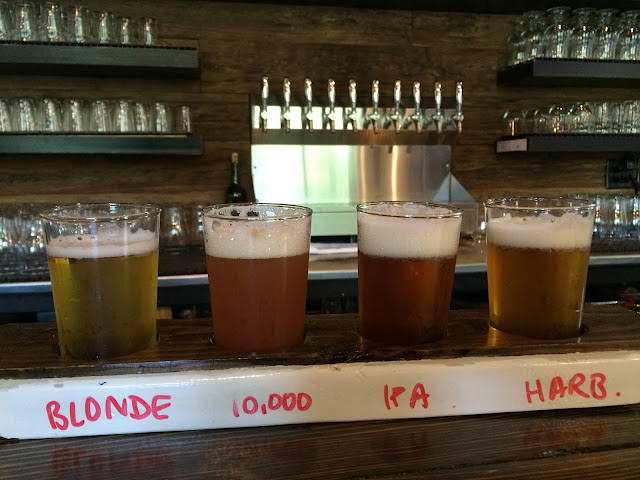 OK. The funny story... The day after visiting the brewery, I was chilling down the shore in Ocean City, NJ. My brothers were asking if I had visited Conshohocken Brewing while I was touring the Philly breweries. They wanted to know because two of their buddies are the founders of the brewery! Small World! And then the stories ensued, with one particular Penn State football game the highlight!

Nice job, Conshy Brewing! And if you're on the SRT, be sure to stop by! Next stop... Forest & Main Brewery in Ambler, PA. 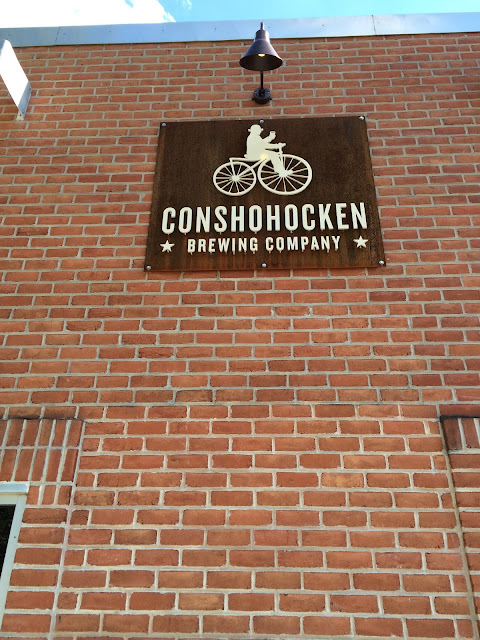 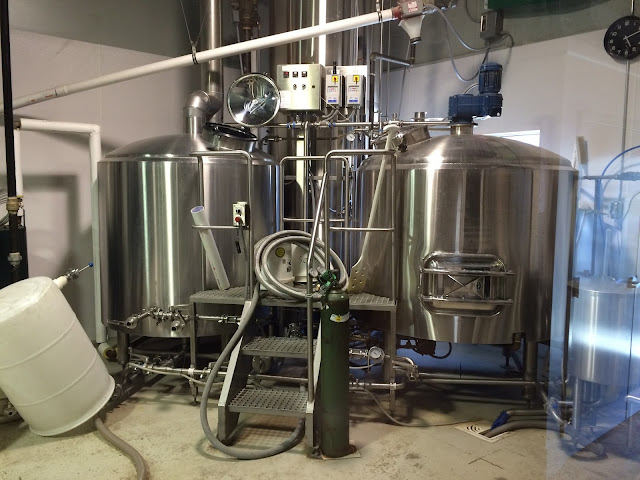 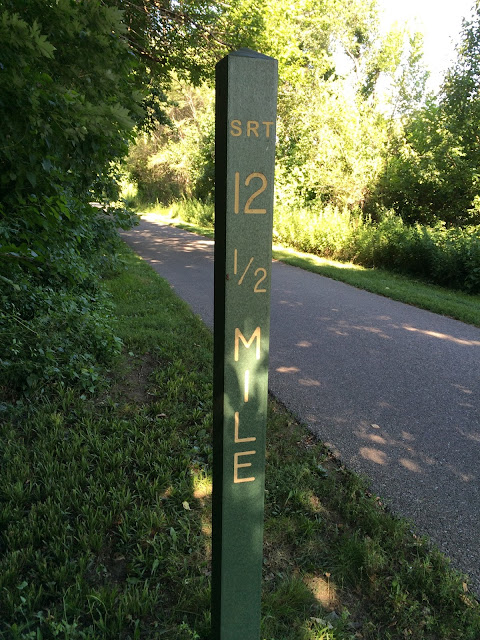