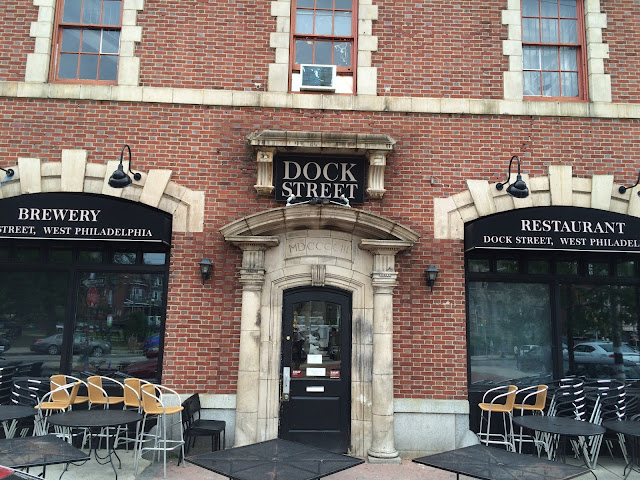 My wife and I left Yards Brewing and headed over to West Philly's Dock Street Brewery for Stop #3 of #EpicPhillyBreweryTour! They didn't open until 3 pm but online Twitter friend and Head Brewer Vince Desrosiers said to stop by early if we wanted to check out the place, that the front door would be open.

And indeed it was, but the dude with the nose rings that answered at 2:15 said Vince just peeled away in his Mercedes (or something like that). He also told us that The Bar(n) on the opposite corner would be a fine dive bar to grab a beer and some food before opening. 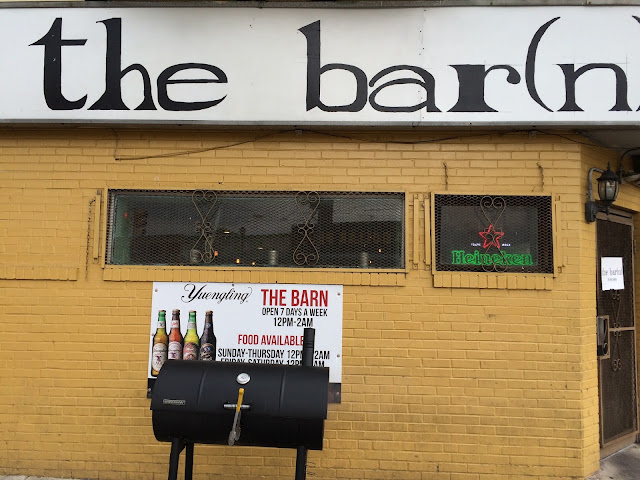 So we headed past the loud dudes in the park just hanging with brown paper bags and games at 3 on Thursday, toward The Bar(n), where they were grilling all their food on the sidewalk in front of the place! Seriously! And no one seemed to think it was strange! Was funny. DIVE BAR with bold and all caps, totally.

We ordered some sidewalk special wings, and I had a pint of Yuengling, I think the only beer on draft. The wings were tasty and both sauces rocked! Some dude asked the bartender to wrap up my chicken bones for his Pit Bull. (You can't make this shit up). And the bathroom sign was altered to read "Employees must wash anus before returning to work." Classy! 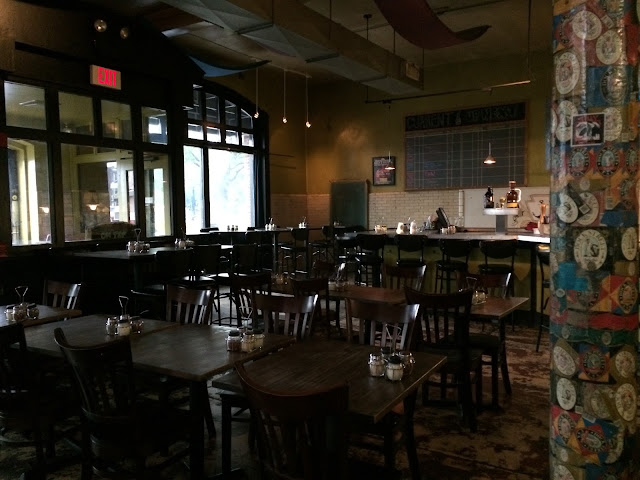 Back to Dock Street a little after opening. Was a little hot but I'm guessing that's because they were brewing beer all day and the enormous pizza oven was just fired for service an hour later. While we were there, a lot of people called in for food orders.

We tried a flight of all the beers. From the list, Golden Belgian was no longer available but was expected to be replaced by their Gose shortly. So we started with the other six choices. 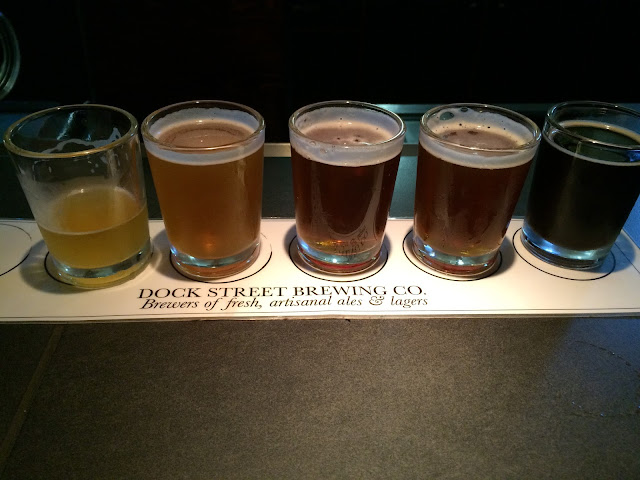 The saison was very yeasty and full of coriander and pepper spiciness. Of the IPAs, Fresh Hire was easily my favorite, probably because it was more hoppy than the others. Spicy, floral, juicy citrus, bright and fresh. The cask version was also interesting, warmer, richer and fuller, but also flatter. I'll stick with the original. Man Full of Trouble was full of smooth chocolate, simple and flavorful. 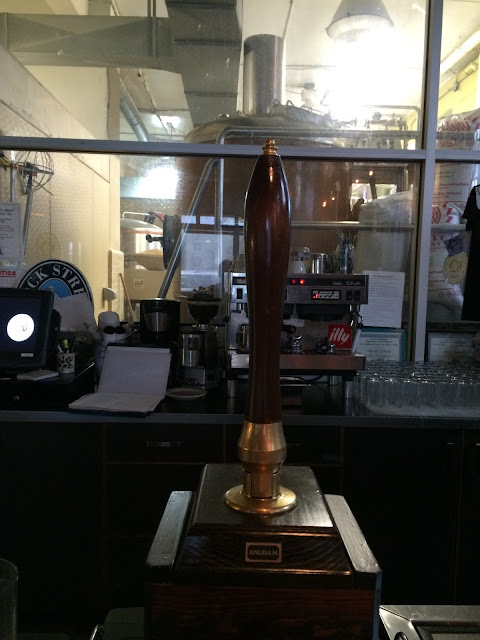 For me, Fresh Hire was the best followed by West Philadelphia Saison. But wait... what about that Gose that was being tapped half an hour earlier? Our server checked. Nope, still water from the tap. But she was cool and when I asked, got a pour directly from the tank a few minutes later! Nice lemon rind flavor and tartness. Salty, refreshing. A tie for second.

Dock Street has a large comfortable space and is decorated with paintings and pictures and chalk boards full of rotating beer and food items. The support columns are colorfully decorated with years of beer stickers - I thought that was pretty cool. 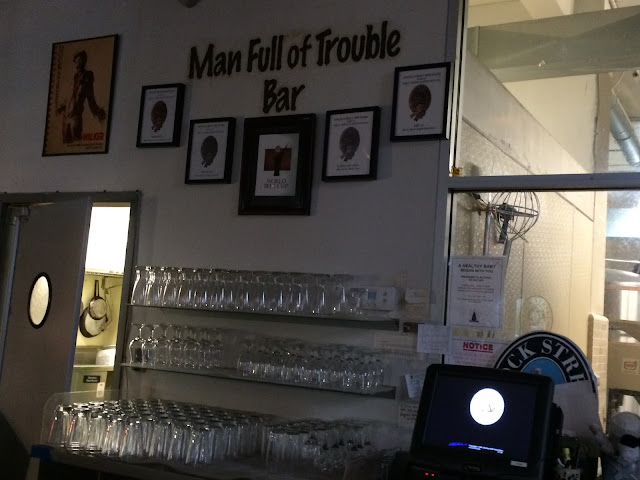 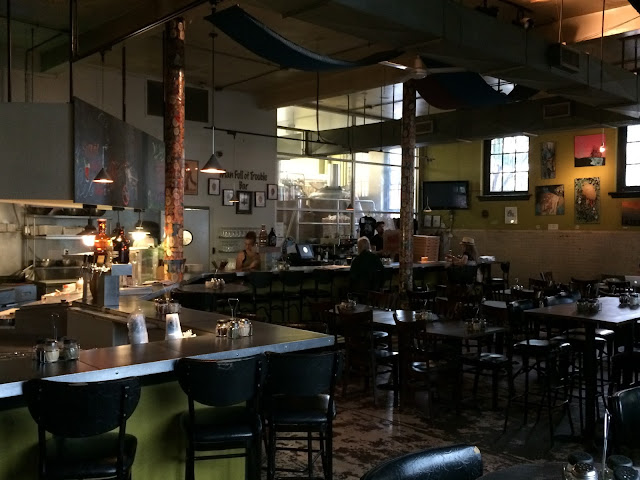 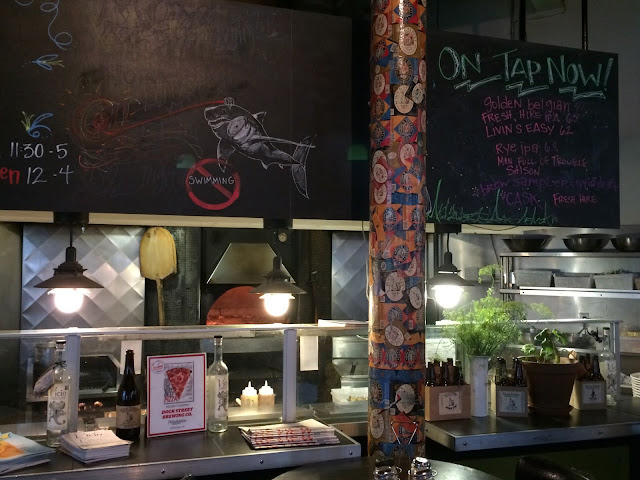