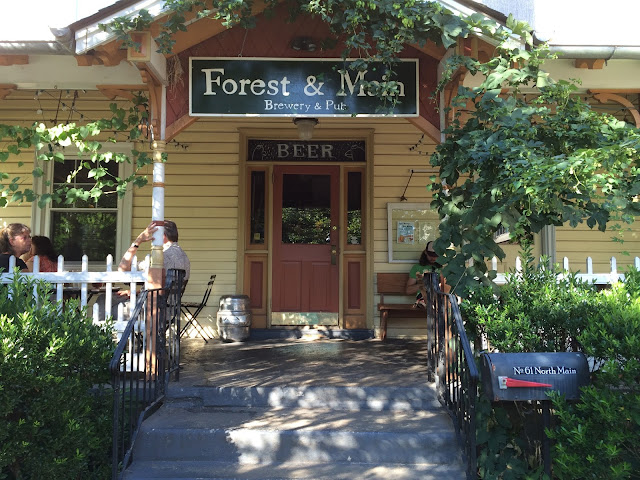 After leaving Conshohocken Brewing, my wife and I headed to Ambler, Pennsylvania's Forest & Main Brewery & Pub, Stop #9 on #EpicPhillyBreweryTour! The brewery is housed in a Victorian home at the corner of, you guessed it, Forest & Main! You may remember that the day before we visited, one of the bartenders at Tired Hands Brewing said this was one of his favorite spots to drink beer and relax.

Before even walking up to the front door, you could tell this place was going to have a lot of character. Benches and picnic tables in the front yard, a great porch for dining and a BEER header over the front door greeted us. When you walk in, there is restaurant seating to the right and bar seating in a room to the left. We turned LEFT! 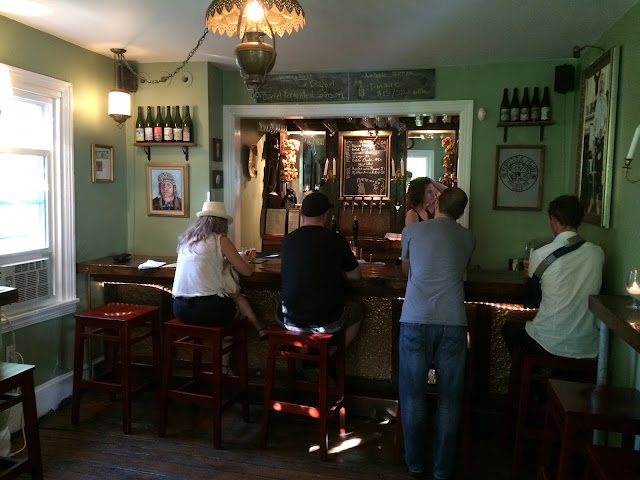 The cozy bar had 5 stools with a few others around the room at tables and a shelf along the wall. We took two at the bar and grabbed a tap list, which was divided into British inspired and Belgian (fermented with foraged Ambler yeast) inspired beers. When we started asking questions and taking an interest in the brewery, our bartender and the patron in the stool next to us were awesome and passionate ambassadors for the brewery, community and town!

After ordering a flight of four beers, we asked a little about the decor of the brewery bar. We were told that the physical bar was made of reused local beams split in three. The art work around the entire brewery, first and second floor, was done by owner Dan Endicott. I asked about the wine-sized bottles on the shelves above me too. They were all special releases with no bottles currently available. The one called Palomino (all the way to the right) actually won Best Beer in Philadelphia in 2014! 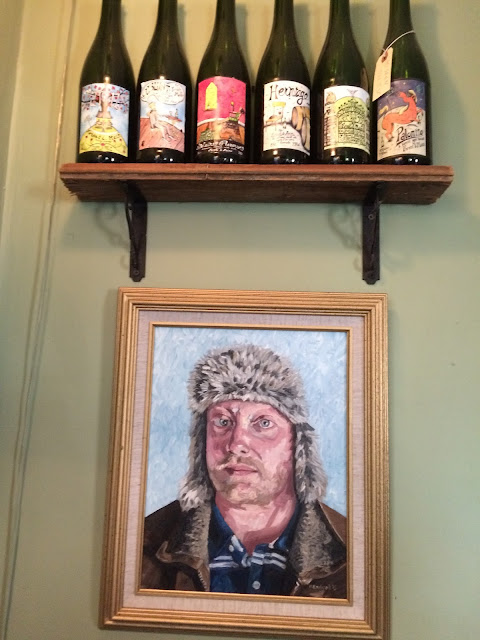 On the opposite end of the tasting room was a keg/guitar trophy. Apparently, there is a local band competition called Band of Brewers that Forest & Main won earlier in the year. The guy at the bar showed us a video of the performance on his phone. They were dressed like birds and a cat, LOL. That is when our friend suggested that before we leave, we take a look at the upstairs, in particular the bathroom decor! 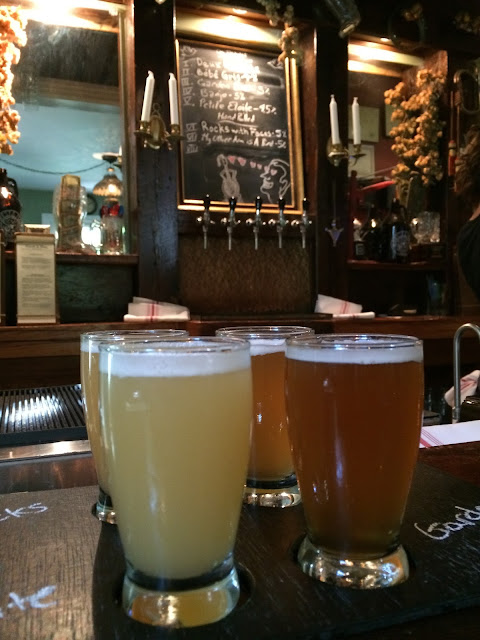 OK. Beer time! Rocks with Faces was great, nice bitterness balanced with honey and juicy, fruity sweetness. Petite Etoile was very yeasty with lots of fruity and spicy nuances. Garden Bier was full of sweet fruit and caramel, lightly funky, lighty spicy. And the brett in Banjo made for a yeasty and funky beer, nicely tart and very well played against the cucumbers and watermelon it was conditioned on. Favorites: Rocks with Faces (I got a 20 ouncer after) and Banjo!

We took that opportunity to check out the upstairs. Several fun rooms with more tables and places to socialize. Lots more original art, almost all portraits of people, adorned the walls. And yeah, that bathroom. Kegs in the bath tub and a full tool board on the wall (in addition to the toilet) - what more could a guy want or need? 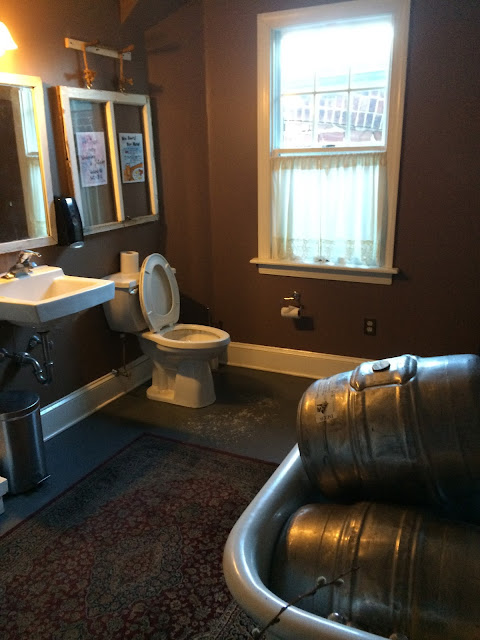 Forest & Main made great beer and provided a relaxing and fun environment. We didn't try the food but the menu did look pretty tasty. We were told (and then I read) that there will be a brewery expansion pretty soon, utilizing the building next door so they can brew more beer and have more flexibility with events. Basically, they need more room because they are doing things right and people are noticing!

Nice job, Forest & Main. If not THE favorite of our tour, right near the top! Final stop was next... Earth Bread + Brewery. 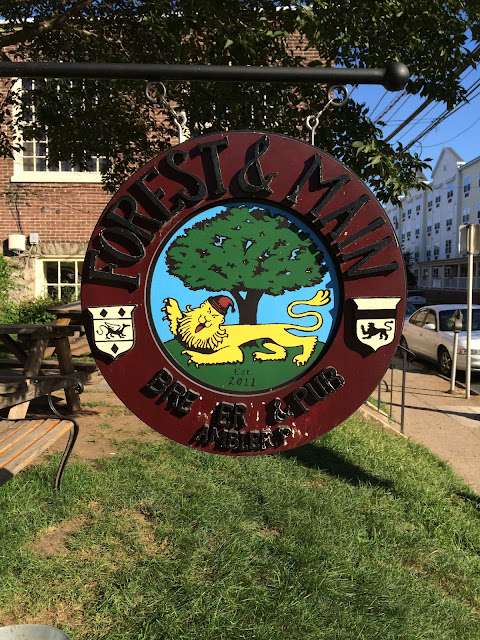 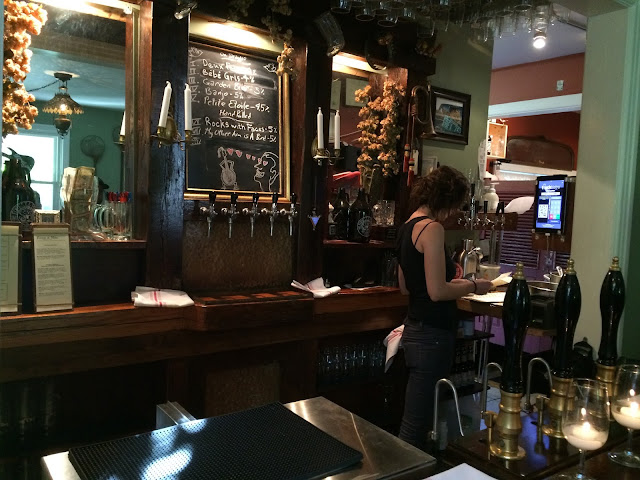 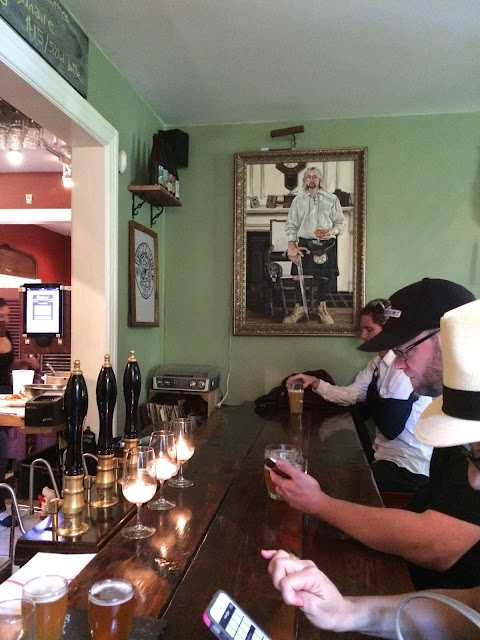 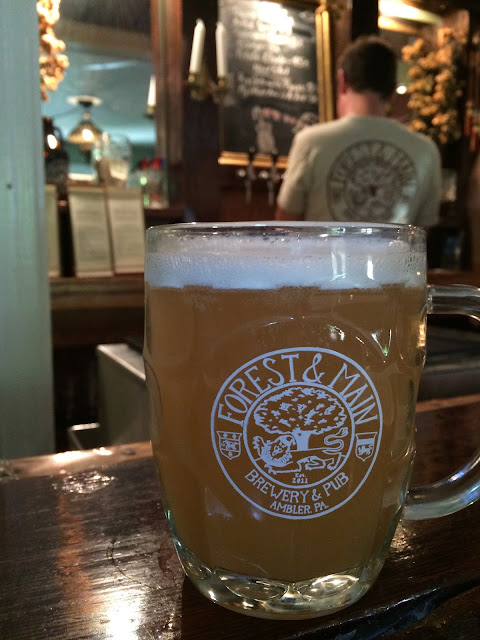 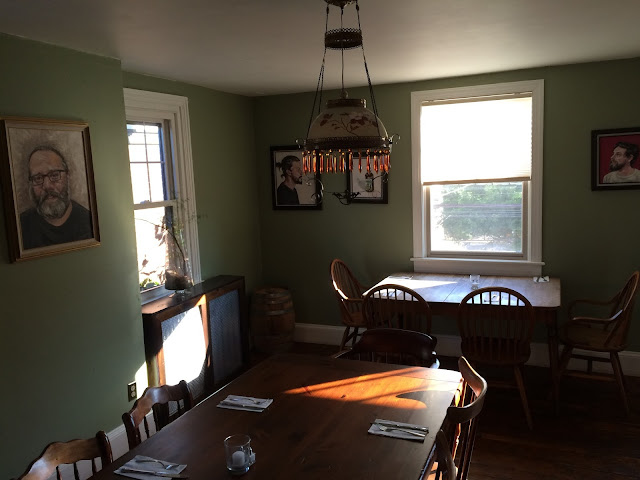 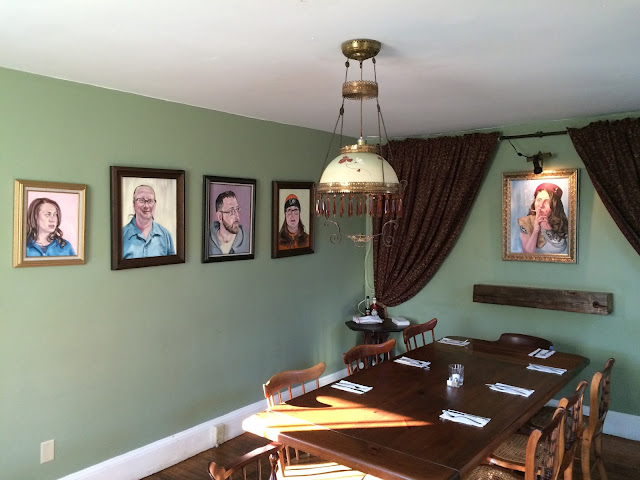 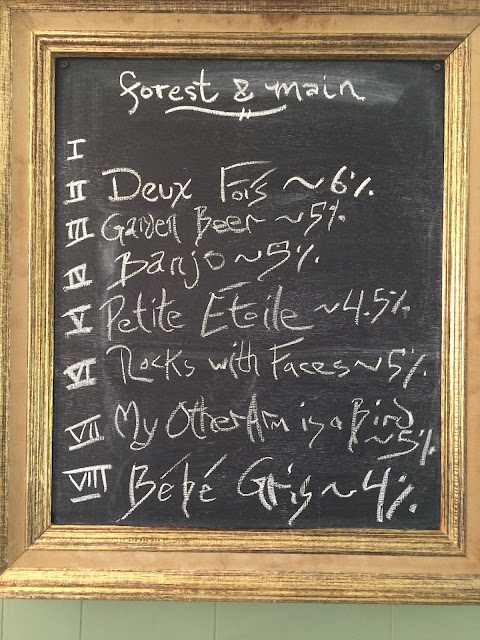 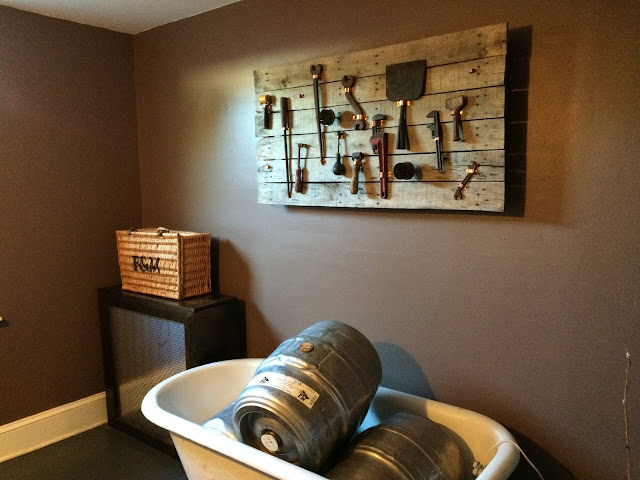 I just stumbled onto this. Great write up. I was the guy at the bar. Glad you guys had a good time!

Thanks a lot for all the info about the brewery and town and beers and well, pretty much everything. We did go to the main stretch of town on the way by like you suggested to look around too.

If somebody wants expert take on the main topic of blogging next I advise him/her to go to this site, continue the fussy job.
Your Domain Name