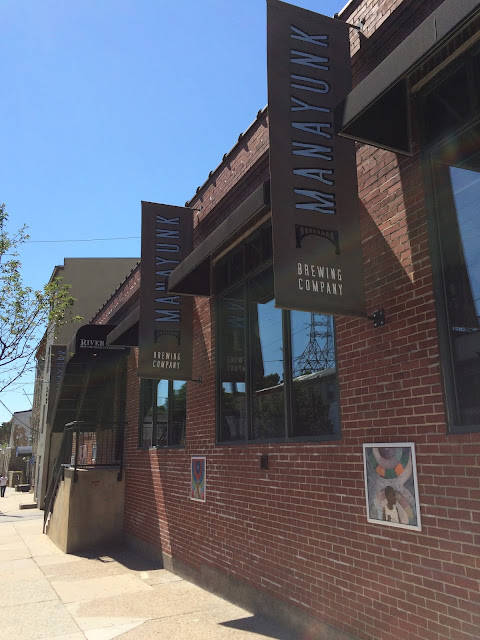 After wrapping up our first day at Tired Hands Brewing, my wife and I got a very good night of sleep. Day 2 of #EpicPhillyBreweryTour started with a nice breakfast before heading up to Manayunk Brewing Company. While planning the tour, I had contacted Manayunk's Head Brewer Evan Fritz to see if he'd show us around the brewery and answer a few questions. Evan happily agreed and told me to call him when on our way.

So I left Evan a voice mail and we left. Apparently Google GPS didn't know that the entrance to the main highway was under constructions, which put us a little out of our way. But wait... There in front of us were the steps to the Philadelphia Museum of Art, the ones Rocky ran up. Yes, of course we made a pit stop, took our photos with the Rocky Statue and ran up the stairs! First time a construction delay ended in such a cool way for me!

We arrived at the brewery just as it opened and asked for Evan. What a great guy! Evan showed us around the brewhouse and gave us a lot of information about the brewery. Although Manayunk Brewing has been around for almost two decades, it's seen lots of transformations over those years. It is a huge space of restaurants, bars, fine dining, catering, outdoor patio seating and entertainment overlooking the Schuylkill River. We walked around the place after --very nice.

Some of the changes though were not so pleasant. Three disasters (two hurricanes and a flash flood) have hit the brewery and destroyed a lot of the lower level. Evan let us know that he was personally around during the flash flood in April, 2014, after only brewing there for a few months. He said that usually when the water rises, they have time to move furniture upstairs, but this flash flood gave little warning and everything was lost. They later found pint glasses in the urinals! 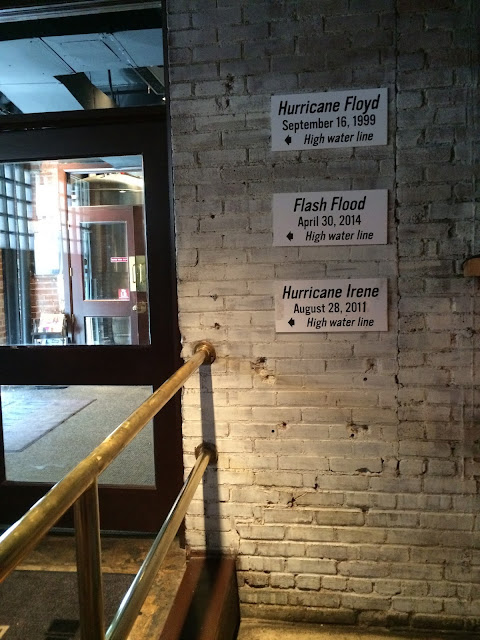 After the water receded, they went about cleaning up the mess, renovating and replacing the damaged interior of the bar/restaurant. Evan also took that opportunity to design and set up a whole new and expanded brewhouse. The brewery now has a total capacity of 4500 barrels per year and will slowly ramp up to that from its current 3000 barrel output this year. The added capacity has allowed them to start canning and distributing their beers to a different set of customers in addition to experimenting with brewing new types of beers.

Before going inside to try what was on tap, Evan asked us what types of beers were our favorites. When I said hoppy IPAs, we walked over to one tank and got a taste of  Hopgasm IPA directly from the fermenter. It wasn't finished but I know it will be spectacular! My wife answered the same question with Belgian style beers. Evan got a sample of a Belgian Golden Ale he was brewing from another fermenter. That was very cool to be able to try those! 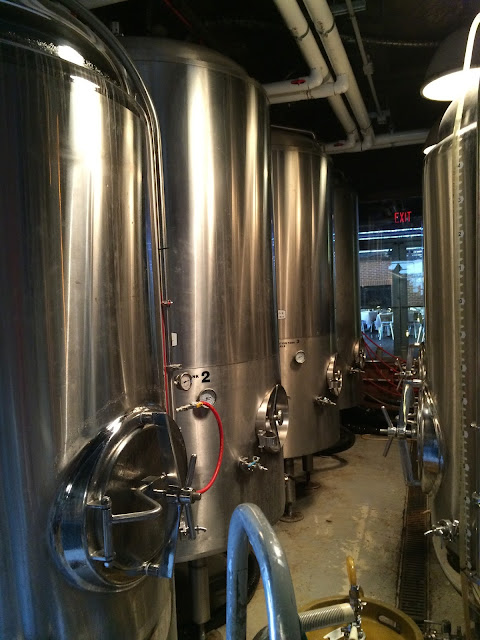 We decided to get a flight, which Manayunk Brewing calls their Sampler and includes 8 beers. We actually had a 9th as well, a Hard Apple Ale that is a cider with just enough malt to be called an ale. Before Evan left back to work, we asked which was the most popular. He told us Light Bohemian Blonde was most popular because the young college crowd that frequents the brewery wants a lighter and cheaper beer. But he suggested that we may like Monk From The 'Yunk or Hop Phanatic more.

I don't remember the order we drank them in but did try to go from lowest to highest intensity. Let me tell you about my top four and you can see the chalk board with the others that day in a photo below. I'm pretty sure Evan sees to it that the available tap list rotates regularly. 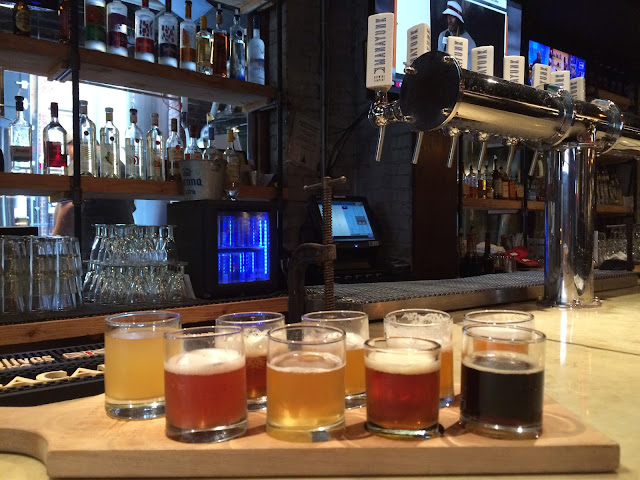 Monk From The 'Yunk was rich and full of peaches and tropical fruity flavor, nice spiciness, Belgian yeast noticeable, light kick from the 9.2% alcohol. St. Alpha had a prominent Belgian yeast as well, nice tangy flavor, fruity with excellent hoppy bitterness. Hop Phanatic was full of caramel and citrus, fresh and spicy hops, great bitter finish. Hoppa Smurf was hoppy and refreshing with a very pleasant underlying blueberry flavor, not overdone or artificial like many. 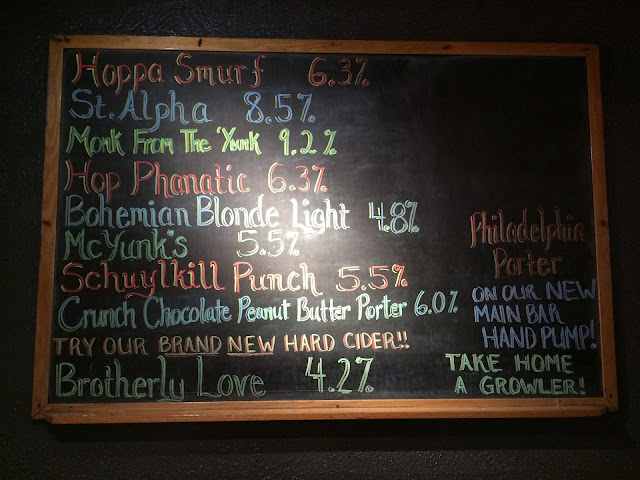 After finishing the flight, we took a look around the property, relaxed by the river, and checked out the other dining and drinking areas of the brewery. Very nice place. As we were saying goodbye to Evan, he handed us a 4-Pack of Yunkin' Pumpkin Ale with a story, which you can read by clicking through.

Thanks for the hospitality. Next stop... Victory Brewing Company in Downingtown, PA. 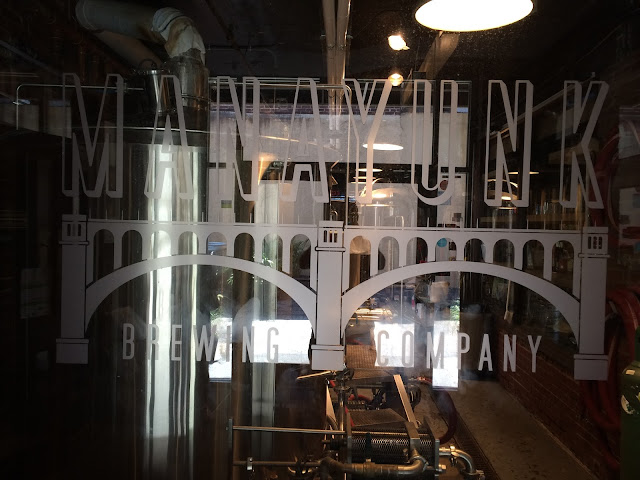 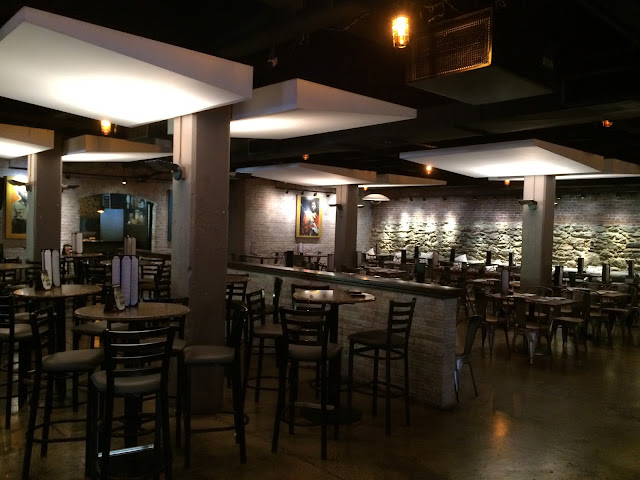 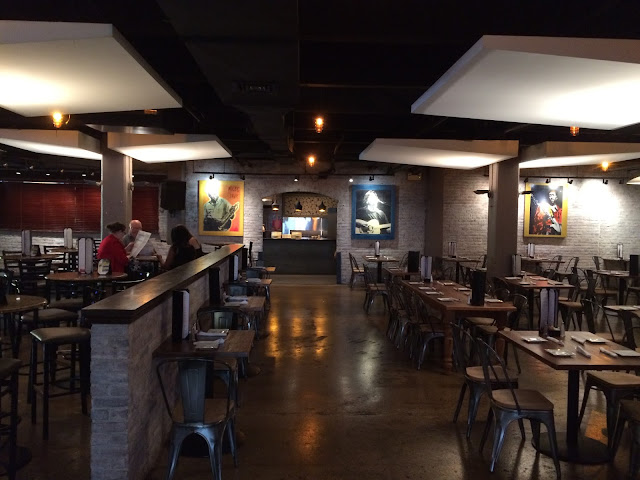 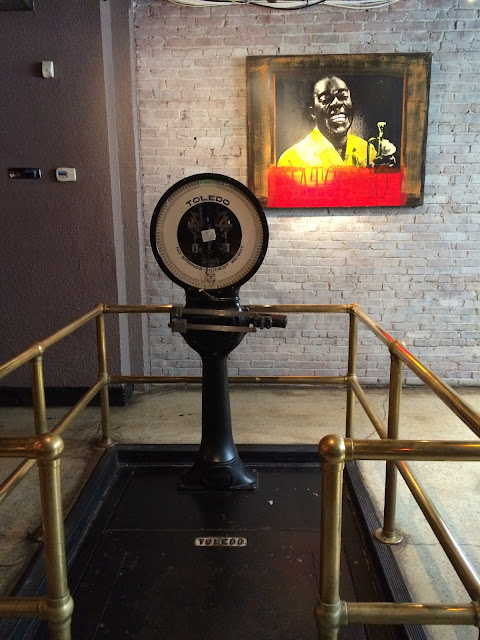 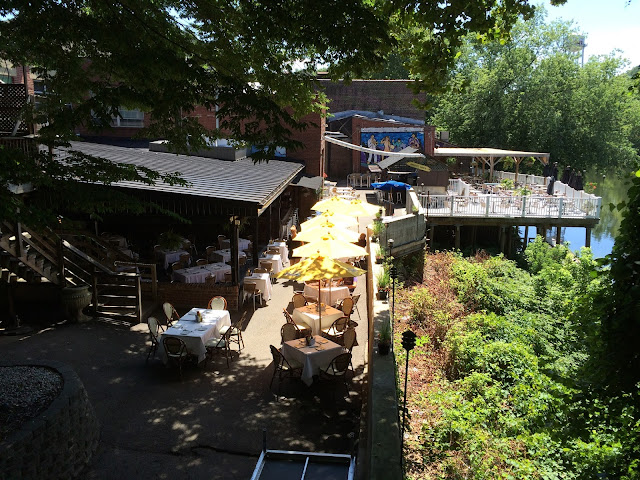 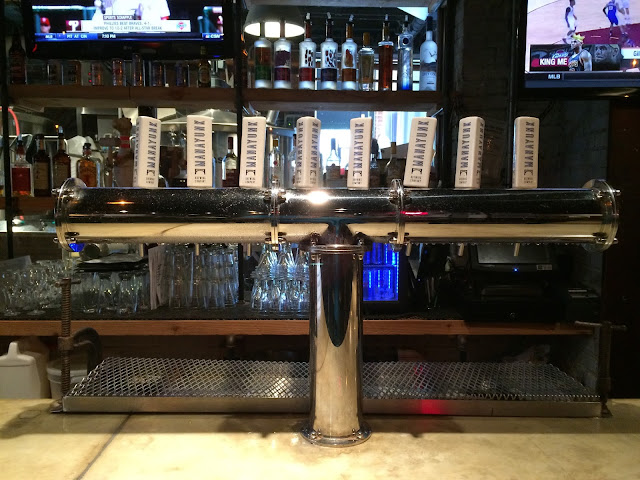 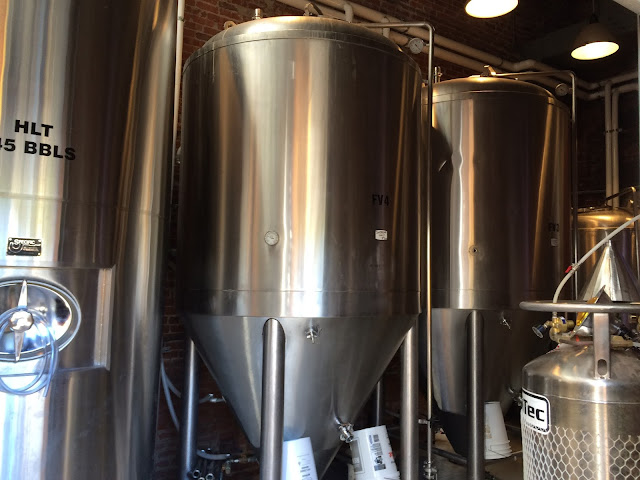 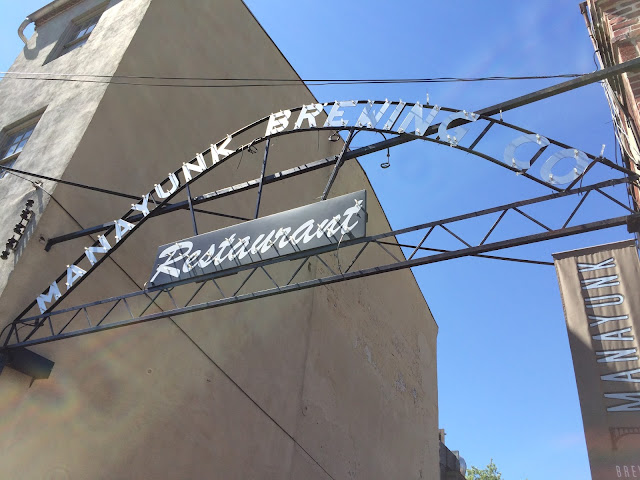 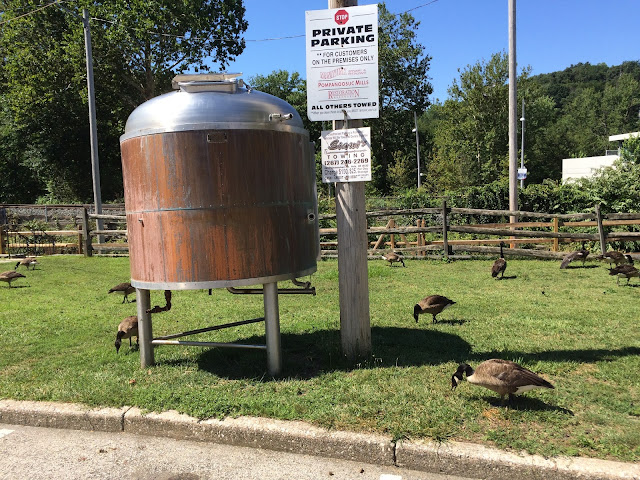