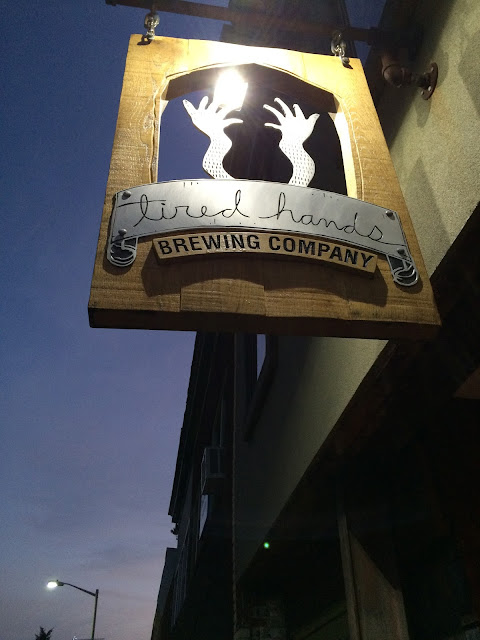 After our time over at Tired Hands Fermentaria, my wife and I took the much needed quarter-mile walk over to the original Tired Hands Brewing Company. Stop #5 and our final brewery on Day 1 of #EpicPhillyBreweryTour! Our server at Fermentaria was right! This spot could not have been more different! Tired Hands Brewing was built by completely renovating a 1925 brick building, creating a brewery, cafe and meeting space. Quaint, intimate but roomy enough, a second bar and meeting area was upstairs as well, with a live band!

We happened to stumble upon Tired Hands on a particularly busy evening. Apparently, the brewery released a beer in their "Milkshake Series," this time Pineapple Milkshake. It's one of those get-it-while-it-lasts beers. We were lucky enough to try it, too! 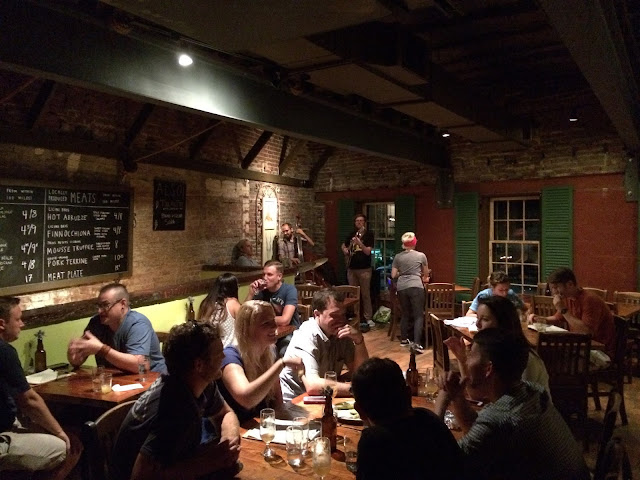 Guess what? Same no flights, one-beer-at-a-time rules as Fermentaria. But whatever, we were in front of the bartender and taps anyway. Again, remember, only HopHands and SaisonHands were repeated from Fermentaria. We tried four new ones - here's the rundown, in order...

What the Hell! Go Big or Go Home! We started off with Perfectly Preserved Brain, a Smoked English Barleywine! Nice caramel and raisiny flavors in the beginning meet a good dose of hoppy bitterness. Light alcohol, light smokiness in the finish. 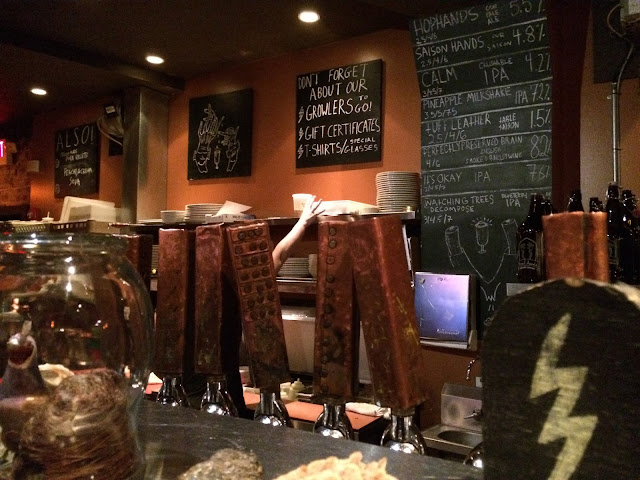 Next up, Pineapple Milkshake, what the brewery calls a Milkshake IPA. This is brewed with wheat, oats, lactose and fermented with pineapple and vanilla beans. Really fun beer! Tons of pineapple and bubble gum flavor, but also hoppy and spicy and grassy. Very interesting!

Third Beer was Watching Trees Decompose. You now have one sentence to guess the style of this beer based on its name. Correct! It's a 7.0% alcohol Blueberry IPA. Great fruity flavor, more tropical than blueberry, nice fresh hoppy IPA with interesting flavors. I was surprised I liked it as much as I did.

Last beer of the day, It's Okay, an IPA brewed with rye. My wife said "It's Okay" because she's clever like that! The spicy rye was prevalent, good bitterness, piney. Whatever, my palate was exhausted, though this beer placed second of the four behind Pineapple Milkshake!

We checked out the upstairs, and I didn't boogie with the band. We chatted with some of the locals. One of the people recommended checking out Forest & Main Brewing while in the area - of course that was already in our plans for the second day of #EpicPhillyBreweryTour, but we certainly appreciated the voice that said we were on a good path!

What a great way to end Day One of our visit. Time to get some sleep because Manayunk Brewing was sounding like an awesome late morning Day Two first visit! 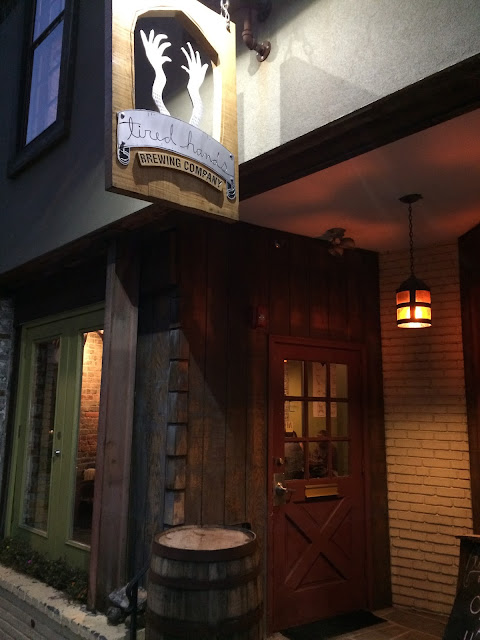 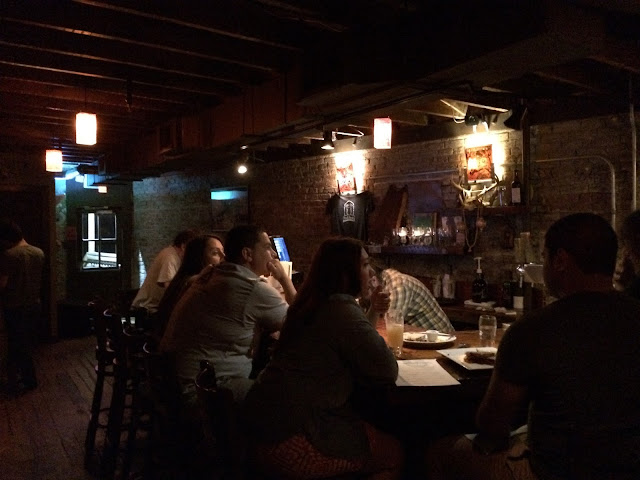 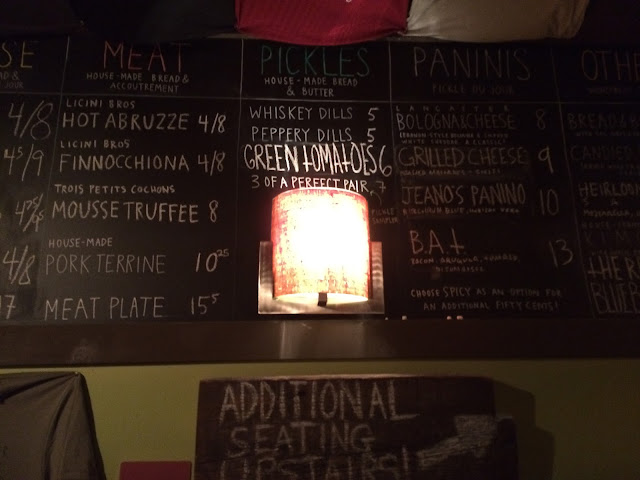 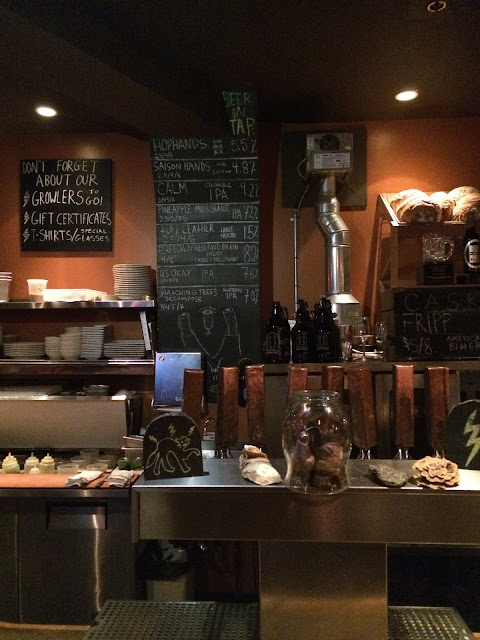 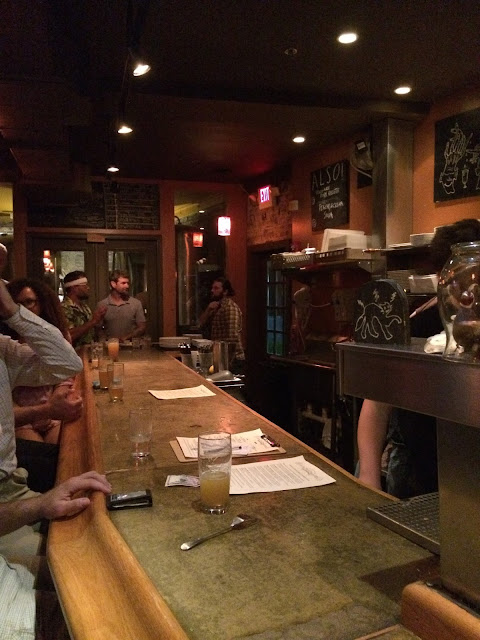 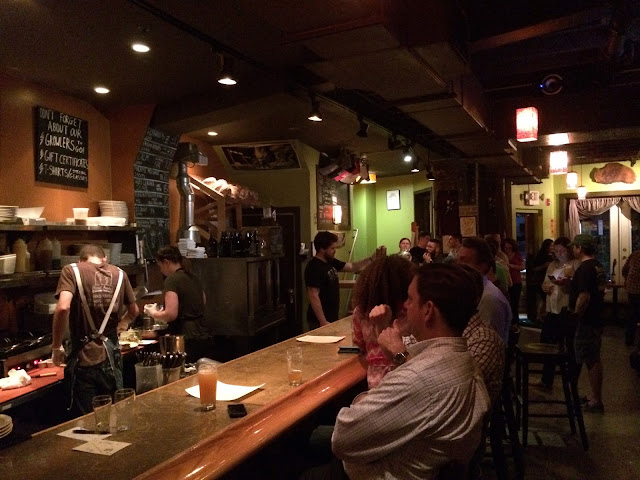