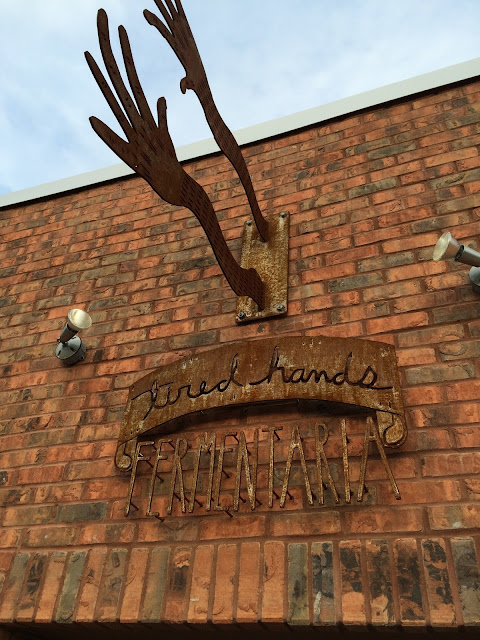 After leaving Dock Street Brewing, my wife and I checked into our nearby Bed & Breakfast. We then proceeded to Tired Hands Brewing's Fermentaria in Ardmore, Stop #4 of #EpicPhillyBreweryTour. Fermentaria opened in April, 2015 in a former trolley repair shop and is the second brewery for Tired Hands Brewing, both within easy walking distance of each other. (Yes, the original brewery is Stop #5, but you'll need to wait for that.)

Fermentaria has a very large space, much of it dedicated to a busy dining area. I really liked that the actual brewery was right there next to all the diners and drinkers, not glassed off where no one could appreciate it. From the amount of barrels next to the tanks, you could tell that the brewery does a lot of barrel aging of its beers, which their website says is "equally inspired by the farmhouse brewers of France and Belgium." 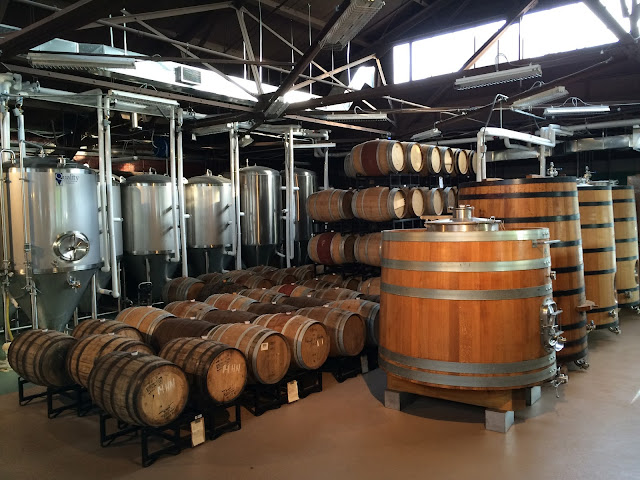 We sat down in the bar area and asked if we could order a flight. After all, each beer on their chalk board tap list showed we could order a 5 ounce pour of it. Nope, no flights. Our server explained that they'd only serve one beer at a time for us to appreciate. Since we were sharing the sampler size, we got off on that technicality and ordered two at a time (one per person, so half a flight, LOL). 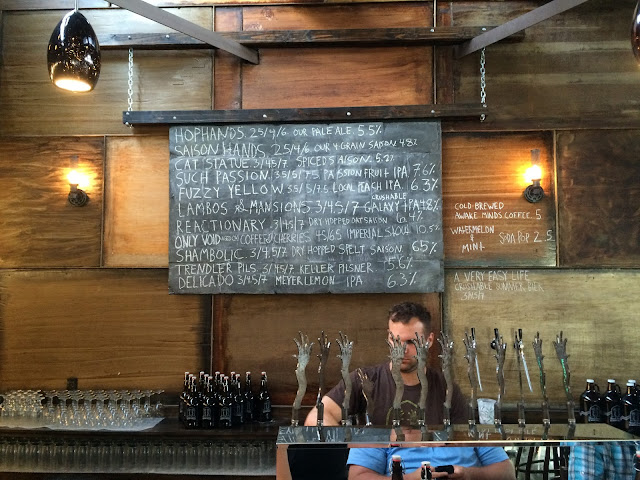 Before our server left from delivering our first beers, I asked her a few questions which took long enough to justify ordering our second half flight. My first question was why the "Tired Hands" name. She said that she's asked the owner or heard that question asked several times, but has yet to hear a straight answer. Her best pieced-together answer was that the owner's grandparents had tired hands from doing a lot of field work.

I then asked her if Fermentaria put a strain on the original brewery. She emphatically said that it's a completely different place, atmosphere, clientele, both cool in their own way. And only core beers HopHands and SaisonHands are available in both places. All the other beers are unique to themselves. 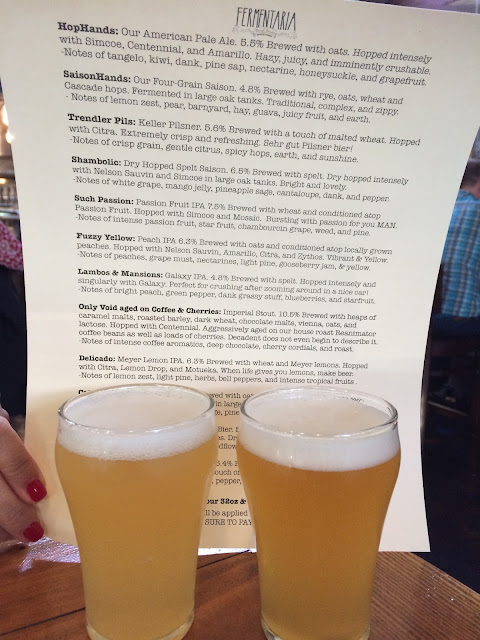 Such Passion ended up being my favorite, so I had a full glass while we finished the food we ordered. Fermentaria has a great atmosphere, comfortable, lively, fun decor, excellent service, and of course tasty beer! I highly recommend stopping by if you're in the area.

Next stop... the original Tired Hands Brewing Company, right up the road. 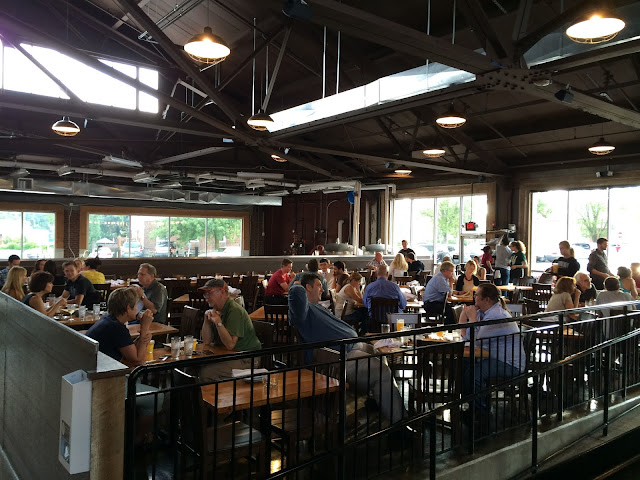 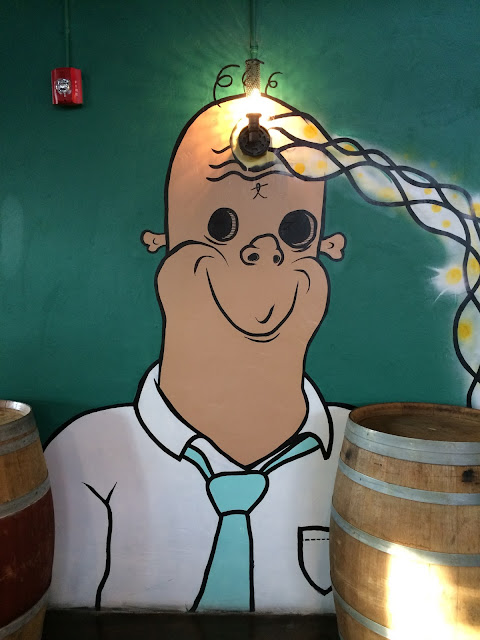 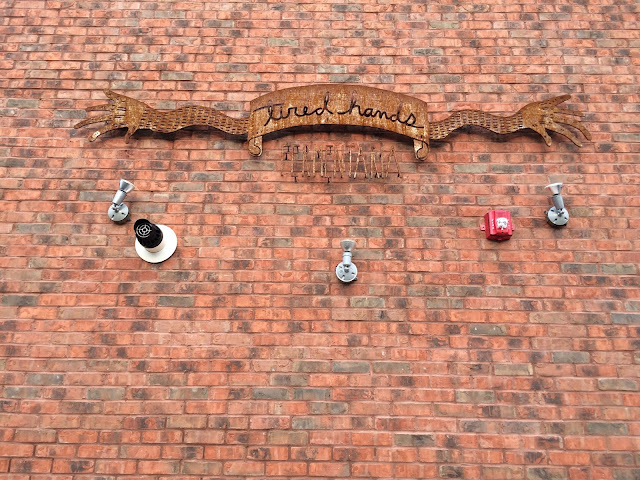 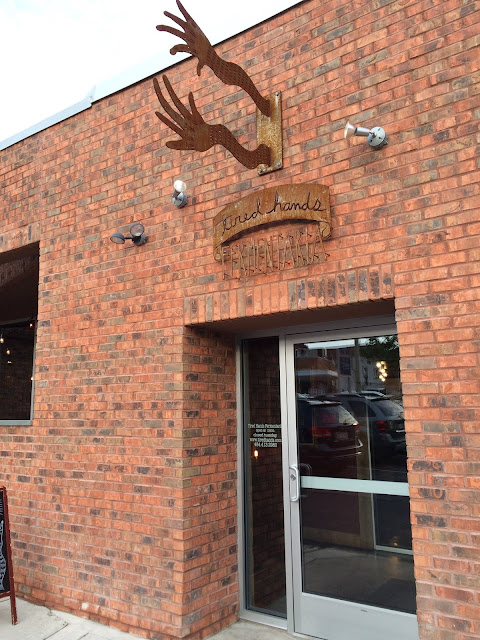