Last night, Ed Roberts and I visited Miami and the Estrella Damm Gastronomy Congress held at the Miami Culinary Institute. The topic was "The Changing Face of Modern Gastronomy," delivered by the award winning chefs and restaurateurs Ferran Adria and Lluis Garcia of elBulli and elBullifoundation.

Ed and I arrive characteristically early. When the event started, we were invited to probably a dozen tapas and as much Estrella Damm as we could drink. My favorites were easily the ceviche and the killer roast beef sandwich, though there were other fun and tasty bites as well. The Estrella Damm bar area was very cool, especially the presentation, glasses, and tap handles (and the beautiful servers, though my wife might be reading). 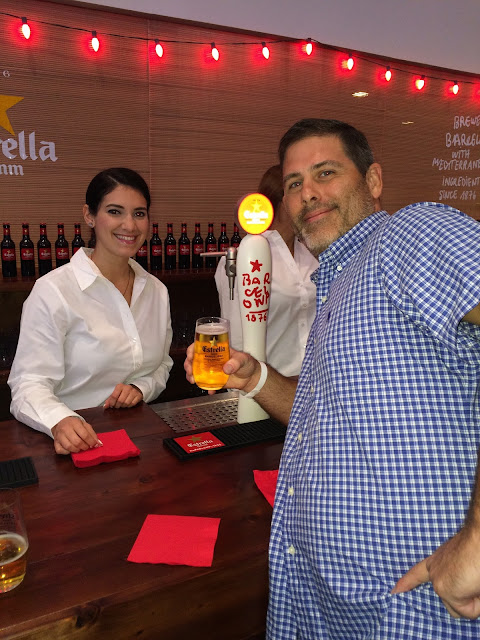 We mingled and bumped into at least a dozen people we knew including representatives of the brewery, the distributor and other "Foodies From the Block"! Wow, five beers go down Damm easy! Time for the presentation.

Ferran and Lluis gave their remarks in Spanish--despite the translator machine, it was really awesome to be in the company of such a famous duo and their totally adoring fans, and a huge crowd. And while it was really cool to see how they perceive the modern restaurant and what they did with theirs in Spain, I much preferred the cooking demo that followed.

Chefs Diego Munoz from Astrid y Gaston in Lima; Fran Agudo from Tickets Bar in Barcelona; and David Gil for Albert Adria's Barcelona restaurants then proceeded to do the live cooking demonstrations. The actual cooking was broadcast on two large screens on each side of the room. Each chef made at least 3 or 4 plus dishes, very intriguing and interesting. I almost rushed the stage to get a bite (and to impress Chef Adrianne Calvo, who was also in attendance). Instead, I just had another beer and asked Adrianne for a photo after. I know, super boring!

Interesting event. Good to see and meet old and new people. Got a phone number. Fun to learn about what world-renowned chefs think is the future! And beer! 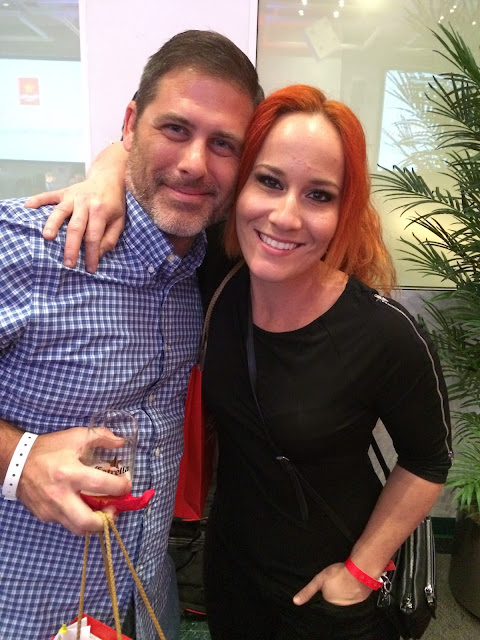 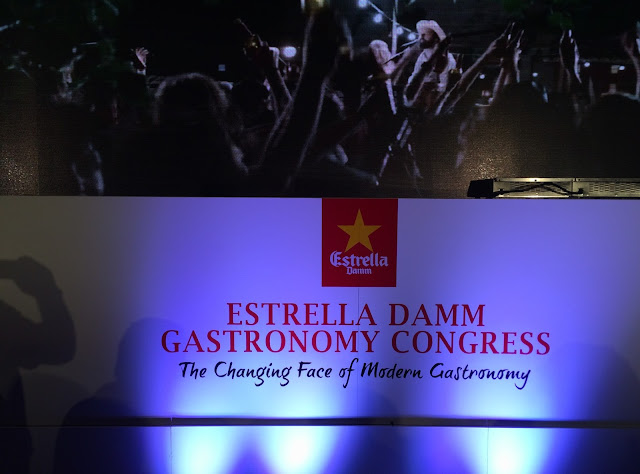 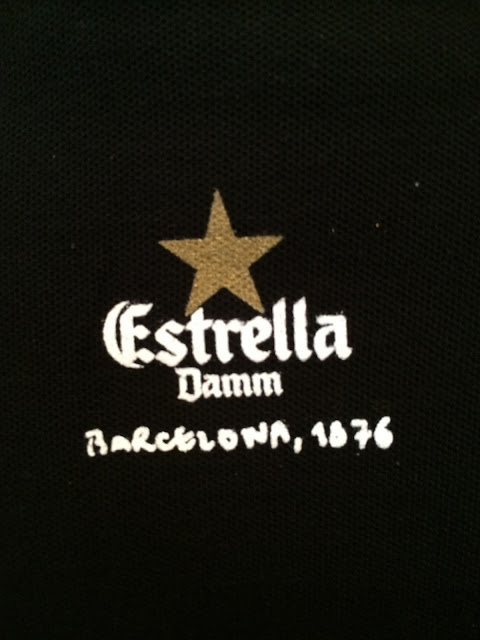 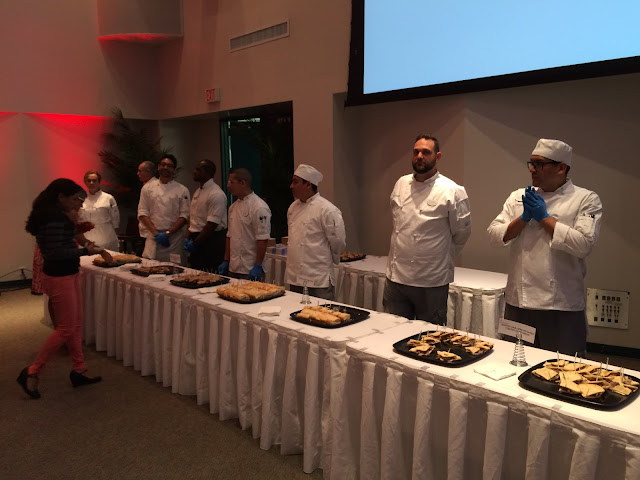 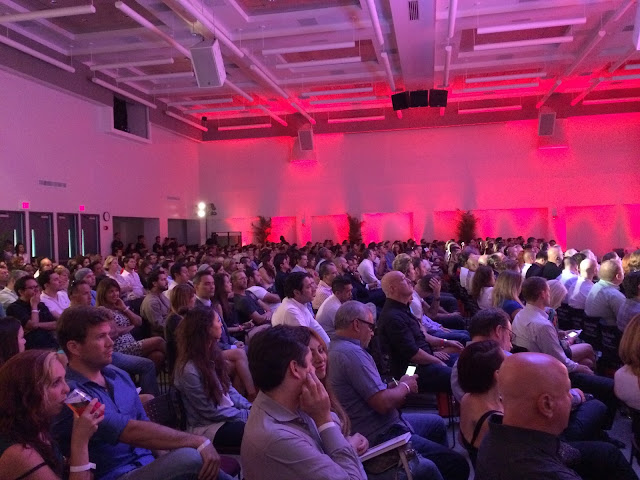 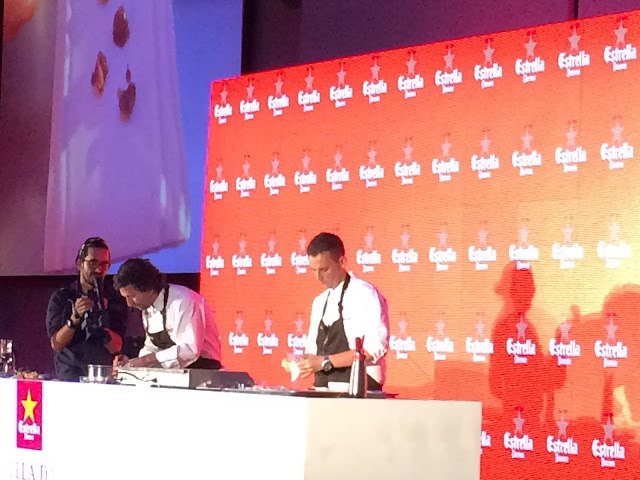 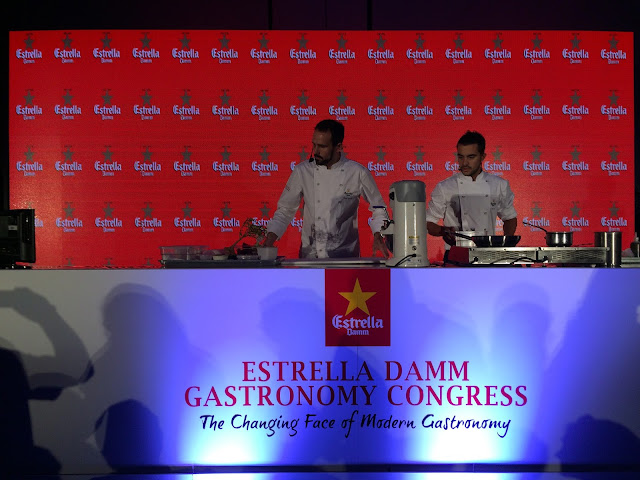 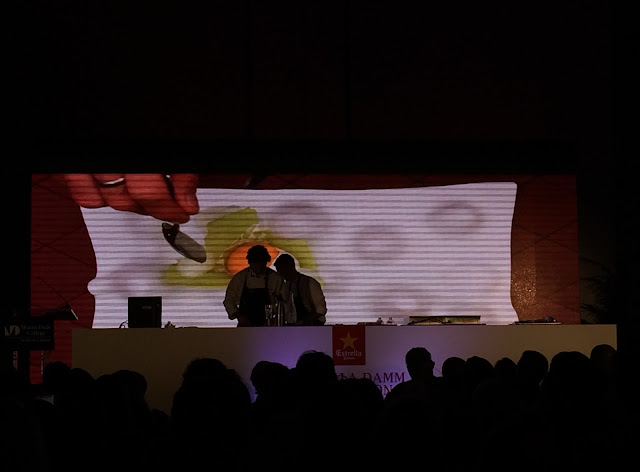