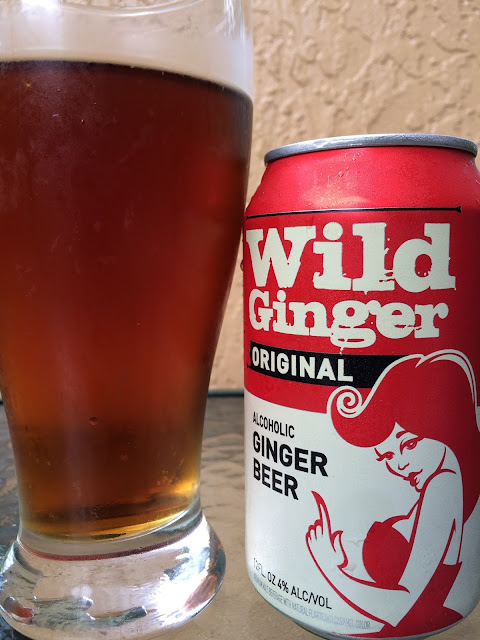 Today I'm checking out a can of Wild Ginger Alcoholic Ginger Beer brewed by Wild Ginger Brewing Company in La Crosse, WI. The press release I was sent and the website put the brewery in Nashville, but I guess they physically brewed it in Wisconsin. Wild Ginger appears to also be the nickname of the redheaded minx on the can that's motioning me to come closer! And I did! 4% alcohol.

Apparently, ginger beers became ginger sodas at prohibition. Wild Ginger Founder Jamey Grosser decided to bring back the alcoholic version when he couldn't find one made by someone else. My only experience with ginger beer is when I noticed many rum brands at Miami's Rum Renaissance using it as a mixer. So with alcohol already in it, you'd get an extra punch, I suppose. The brewery also suggests Wild Ginger to be a served on the rocks with lemon and lime, sipped out of a cold can or used in a cocktail like a Moscow Mule.

I opted for a glass, no mixing. No head. Looks like a soda. Didn't appear to be well carbonated but those looks were deceiving. Has a helluva sharp ginger aroma. And WOW! Mega ginger flavor, very good. I love ginger! However, as much I love ginger, I don't nibble on sticks of it.

The intensity of the ginger was immense, to the point where it started burning my throat. The sharp lingering flavor really just took over every sense. Just too much to take straight. This alcoholic ginger beer is DEFINITELY a mixer. Don't take my comments the wrong way--this will make a great flavorful addition for a crafty mixologist! 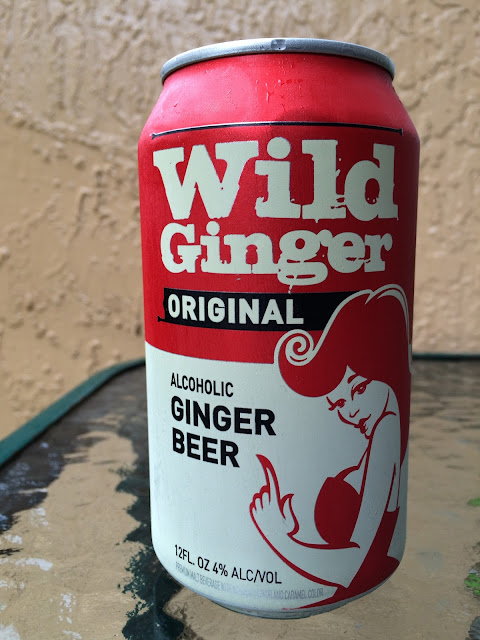 Posted by Beer Drinker Rob at 8:31 AM

I love ginger and this is my favorite ginger beer. I enjoy it straight and as a mixer. I've found it difficult to find lately and some stores that previously carried it don't have it anymore.