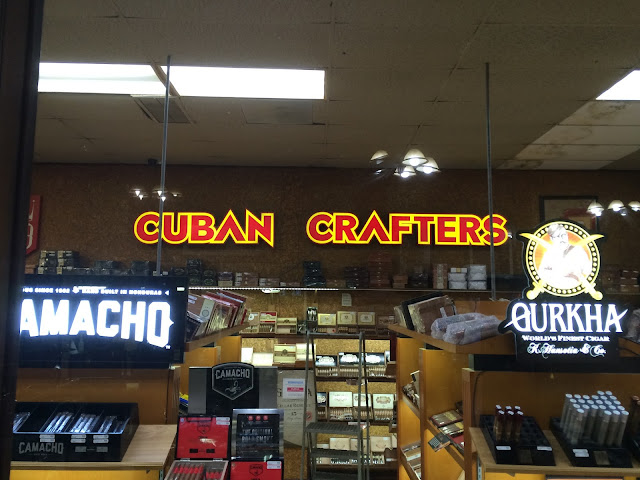 Each year, Goose Island Beer Co. travels the country to meet face-to-face with beer lovers and celebrate tasty beer! That is what they call Migration Week. For Goose, it's 22 migration weeks, a lot of flying, but luckily these birds are powered by beer!

Now I don't know who is in charge of scheduling the weeks, but since their March, 2014 visit to Miami, it's been closer to two years awaiting their return. We were almost last this year! We'll see about 2016, but let me tell you 2015 was certainly worth the wait! 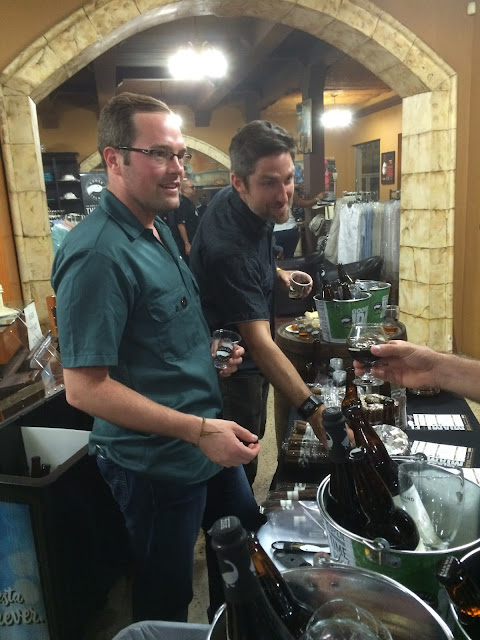 This year's kickoff event was held last night at Cuban Crafters Cigars in Little Havana. Now I have never been to Cuba, but let me tell you this was everything I expect it to be. There were dudes washing cars and doing auto repairs in front of the place. Inside was amazing, an enormous shop dedicated to everything cigars. Well, except for the authentic Cuban Barber Shop and shoe shine stand!

I met up with Ed Roberts in the parking lot, both arriving 5 minutes late from different directions of dreadful Miami traffic! We were greeted by half a dozen employees of Goose Island and Distributor Eagle Brands (I love the people that work for these guys), given a cool shirt, snifter, some other swag and a raffle entry for some prizes given away later. 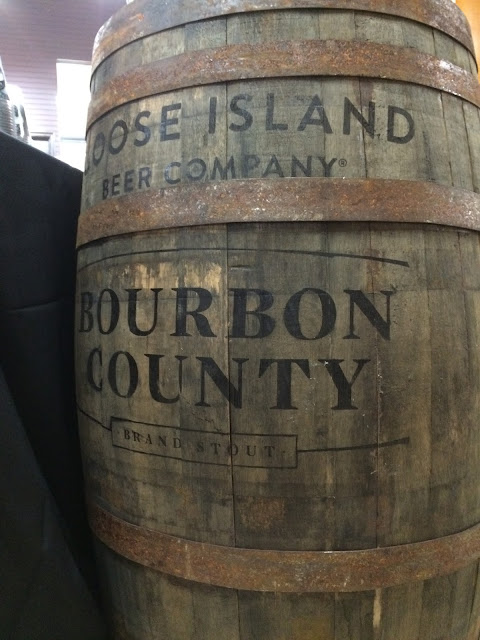 But on to the real business! Goose Island was serving Bourbon County Stout, Bourbon County Stout Coffee and Bourbon County Stout Barleywine up front in the store, and in another area had Goose IPA, 312 Wheat, Matilda and my beautiful Sofie! The Goose team was doing an awesome job telling the story of each expression of BCS and pairing each with a cigar. I'm pretty much a newbie for cigars, but played along! Favorite overheard conversation: one dude was offered a sample, heard "barleywine" and went from "I don't like wine" to a fan. LOL.

Ed and I explored an awesome store! Of course tons of cigars, but we watched some dude rolling cigars in one of like eight stations set up just for that. Was awesome! The store had a clothing section, some really unique humidors and terrific rocking chairs for sale, and a back room with several dominoes tables! Of course, considering the Chicago heritage of the brewery, when the Cubbies put away the Cards, the party got even better! 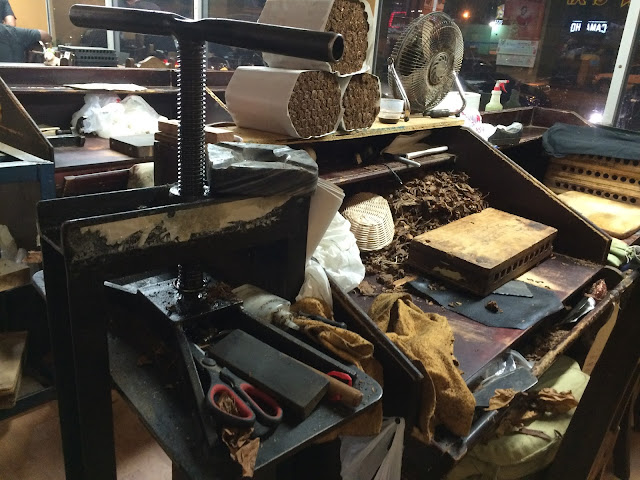 I took a bunch of pictures, drank a bunch of beer including my favorites Bourbon County Stout (love the original the best) and Sofie (Matilda and IPA are good but Sofie is so sexy)! The event was catered with Cuban food, which I ate a lot of. I loved the Cuban sandwiches! Well, I loved it all.

At the end of the evening, several buckets of beer were raffled off. But there were also three big prizes: two really nice humidors and one spectacular Goose Island Domino Table! I didn't win anything except a really nice time and a few more invitations for later this week.

The night ended with a few more beers and a few games of dominoes. Thanks to Goose Island for the spectacular beer, Eagle Brands for bringing it to the people of Miami, and Cuban Crafters with one unique and awesome place! 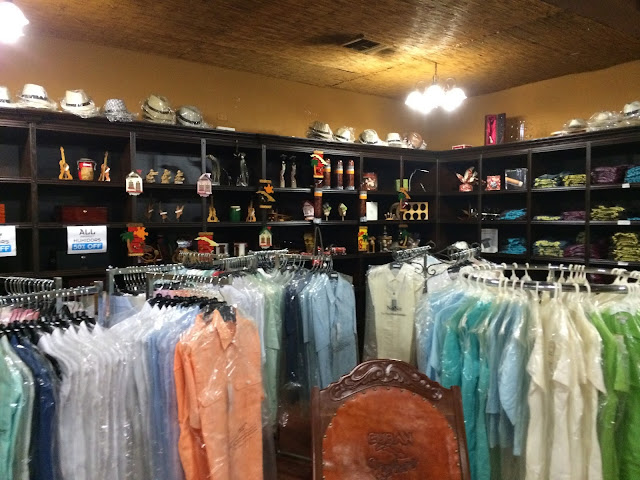 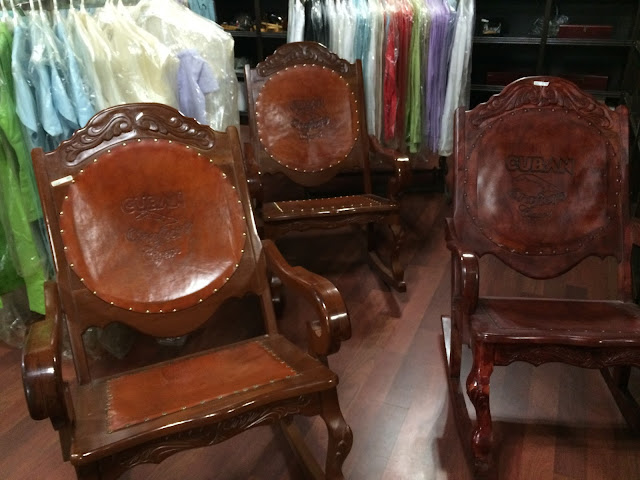 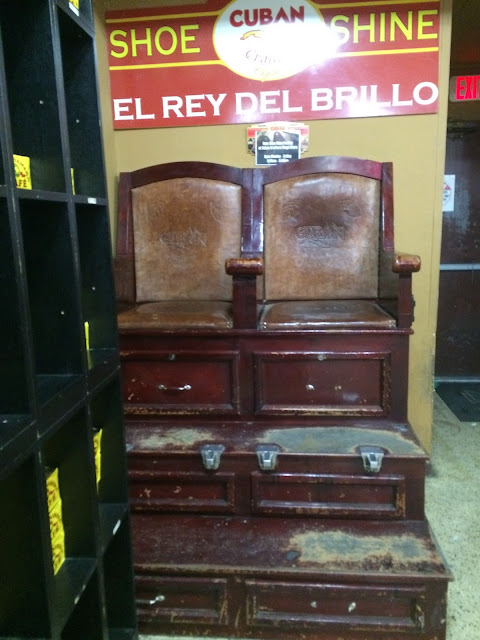 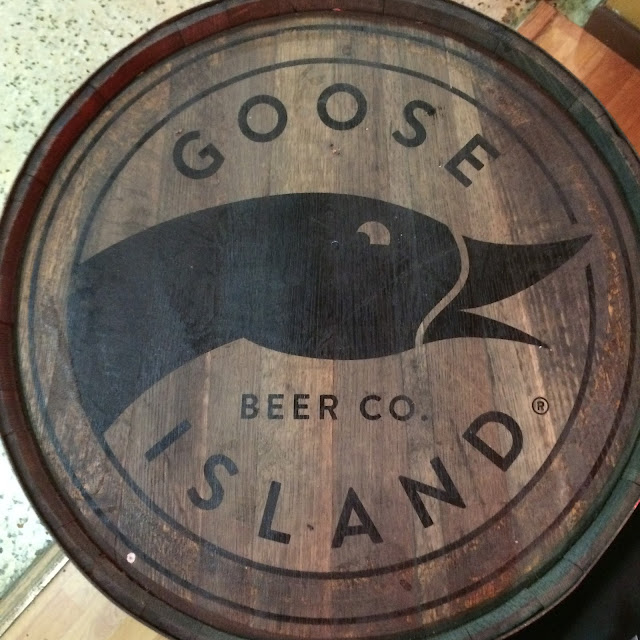 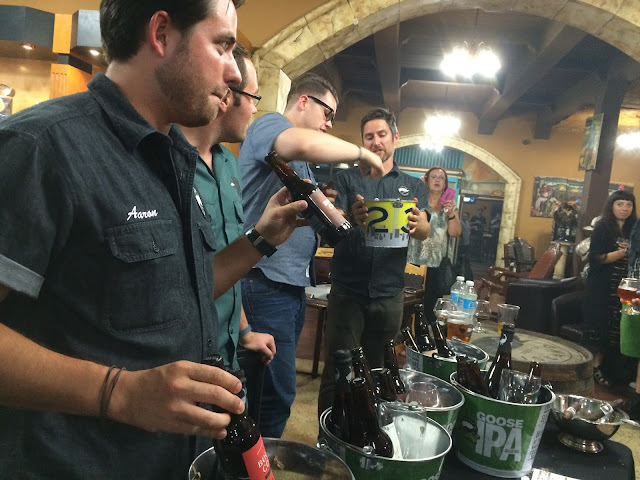 Their manager rocks! Thanks to their great team, I'm so happy I choose this venue for my event! I had a great time at venues in Chicago and think the atmosphere is as good as it gets. I will be astonished if I ever find a negative review on these guys.