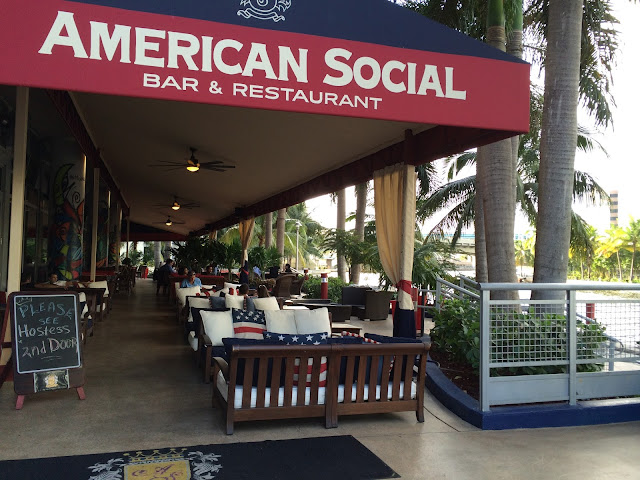 There's a cool Craft Beer Bar and Craft Food Restaurant down in Brickell (Miami) right on the Miami River. If you haven't had the chance to check out American Social, what are you waiting for? Last night I had the opportunity to visit not only the restaurant, but also to do it with a small group of people celebrating the launch of Guinness' newest Brewers Project Series Beer, Nitro IPA.

Leading the presentation was Guinness Beer Ambassador and Beer Expert Ian Colgan. He's been with Guinness for almost a decade and was in the St. James Gate pilot brewery to help develop this new beer personally. He described the challenges that Guinness has to overcome every time they launch a new beer. Guinness Stout is so famous that apparently no one can see past that. Until now... 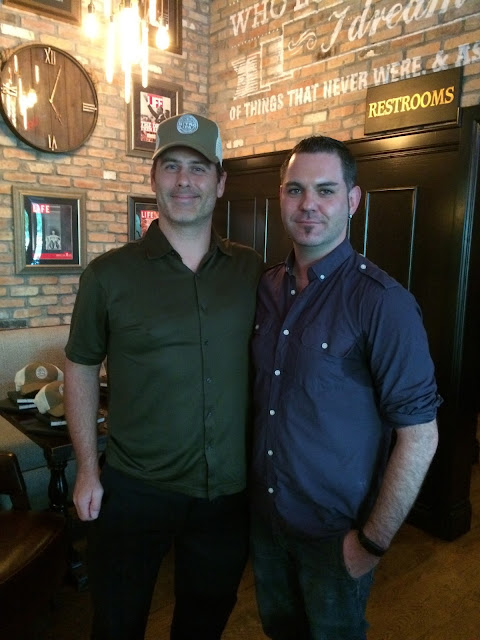 My wife and I both arrived characteristically early, which always allows for a lot of time to chat with the stars of the show one-on-one. We did that with Ian and some other members of the Guinness posse. We heard a lot of fun stories both from the past as well as from this recent promotional tour for Nitro IPA.

One of the other guests asked Ian if he could "draw" a shamrock on top of the head in a pint of Guinness. He bragged that he used to give out his phone number like that back in the day before all these dating sites were around, but then he proved it by demonstrating an awesome shamrock which lasted almost five minutes after creation (and good thing because all of my earlier pictures didn't capture the art). And he did his pour in perfect recommended 119.5 seconds! 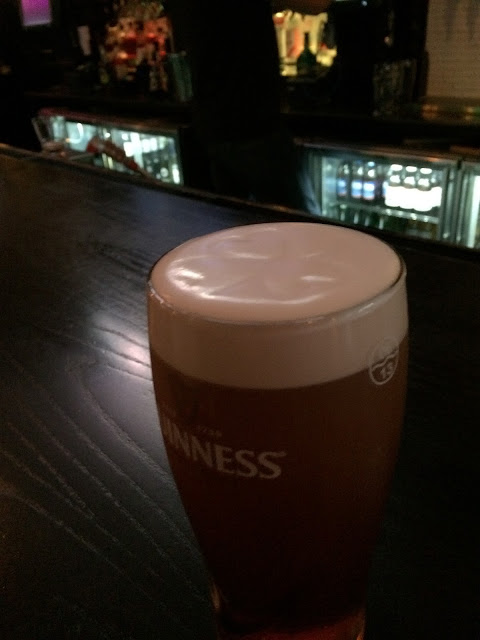 So yeah, by now we were already tasting giant pints of Guinness Nitro IPA from a keg. Ian showed us the plastic widget used to create the Nitro cascade when the beer is canned. He then geeked out on how nitrogen needs to be activated and doesn't react with liquid and just wants to escape the beer it's been sentenced to jail in for the past several months. Definitely a scientist too!

The beer is 5,8% alcohol, not really noticeable at all. The 44 IBU were, however, noticeable and pleasant on top of a rich sweet caramel base. (BTW, your old Buddy Guinness the Stout has only 196 calories per 586 mL pint, pretty much a diet beer so stop suggesting that's why you're not out with me right now drinking it!)

Very much an English IPA style beer. Ian told us that despite brewing for hundreds of years in Ireland the craft beer scene there is pretty new. Along with that, the palates for hoppy IPAs are just emerging, so this beer for now is just an American Export, though he did suggest he thought this would "go home" eventually. 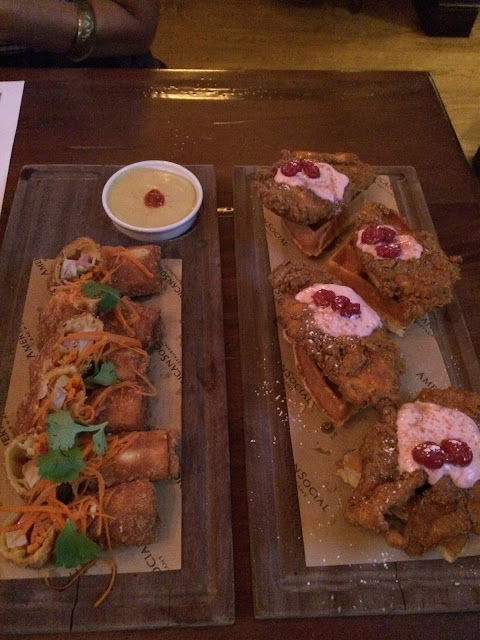 OMG. Then the food! Salmon spread with some killer veggies and pita chips. Fried chicken with waffles and another fried appetizer called Cubans. Then we were told to pick one entree from a menu. I ordered the AmSo Burger with French Fries. My wife chose the Shrimp Arugula Salad with goat cheese and candied pecans. What spectacular dishes! So delicious! I am not kidding when I say I left uncomfortably full, yet totally satisfied. You can make that a goal of yours too :))

We chatted and told more stories over dinner, was very casual and fun like everyone had known each other for years. Check out the new Guinness Nitro IPA! I've seen it in Publix and I'm sure it's all over the place. And for sure check out American Social in Brickell. The food is terrific and the staff was just fantastic. Oh, yeah. They are a craft beer bar too, so triple points for that! And I also loved the American Flag pillows on all the comfy couches! 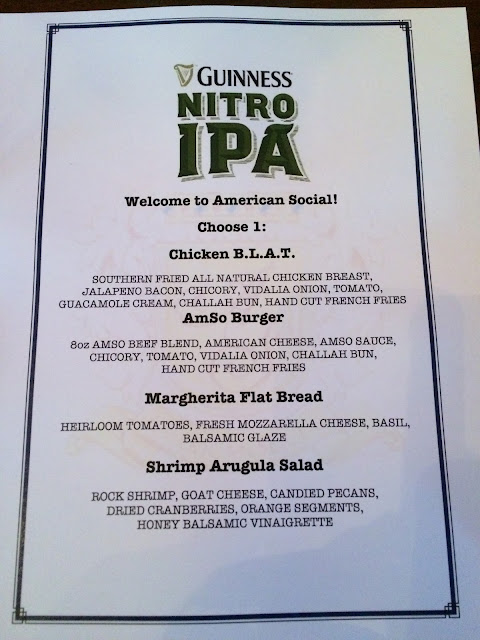 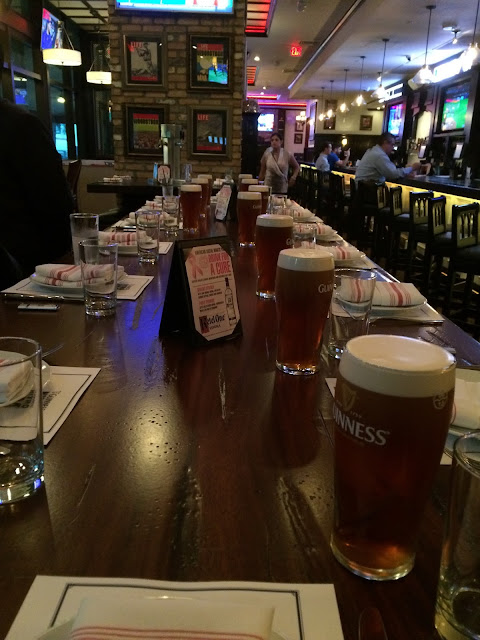 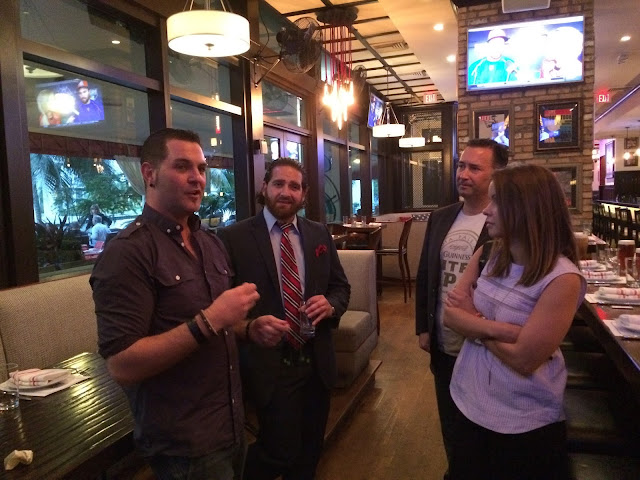 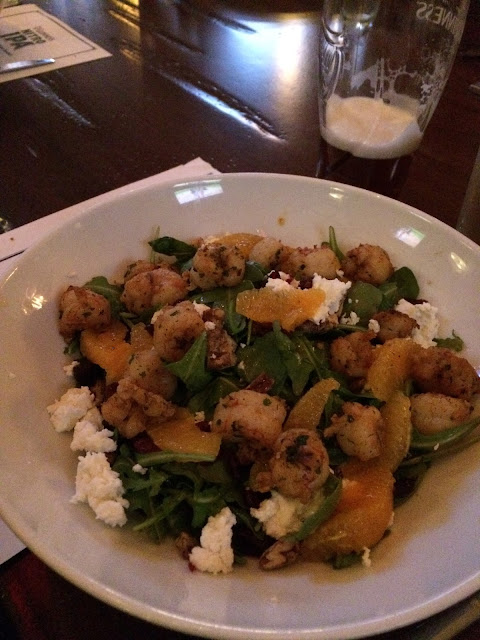 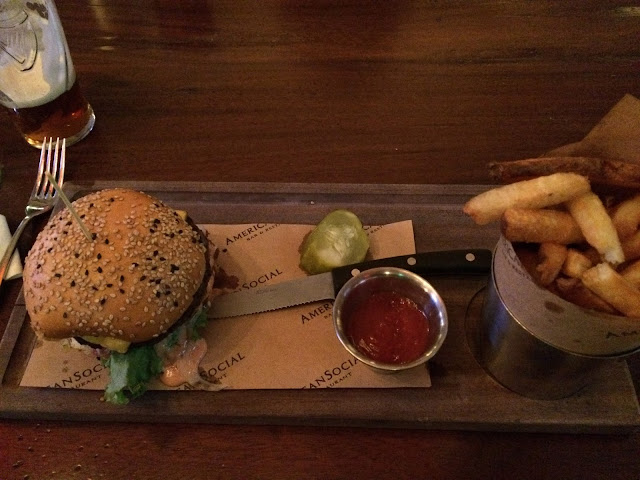 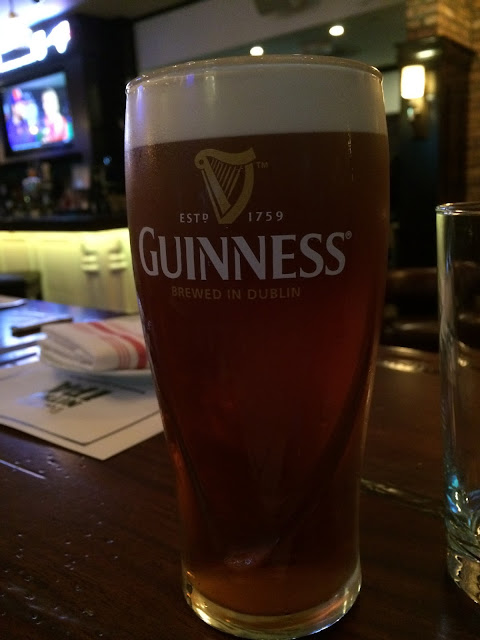 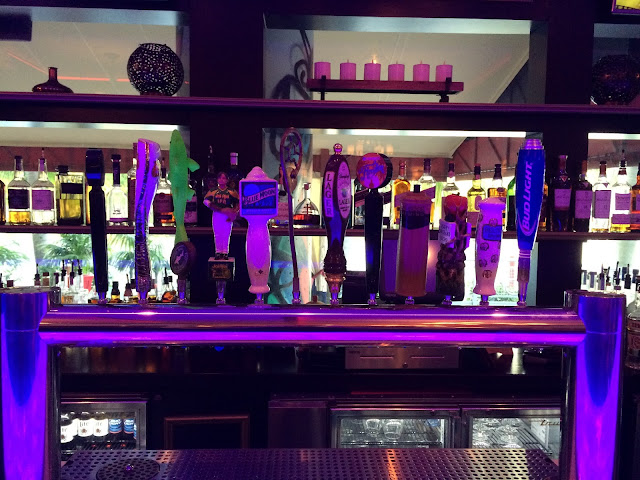 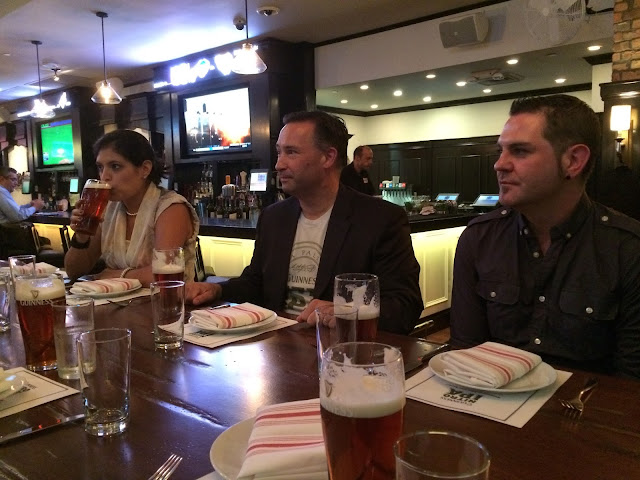 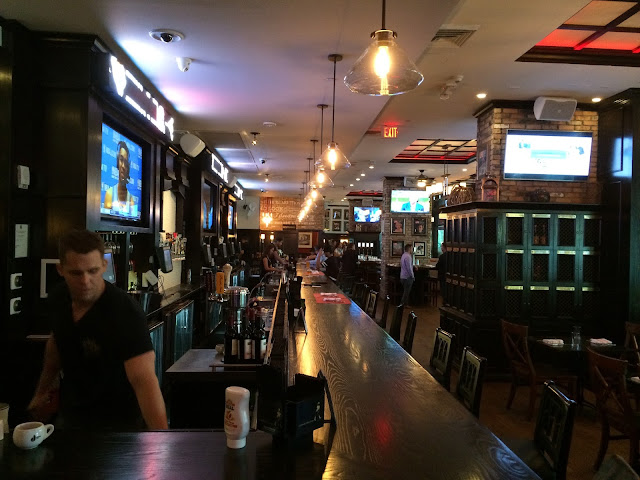 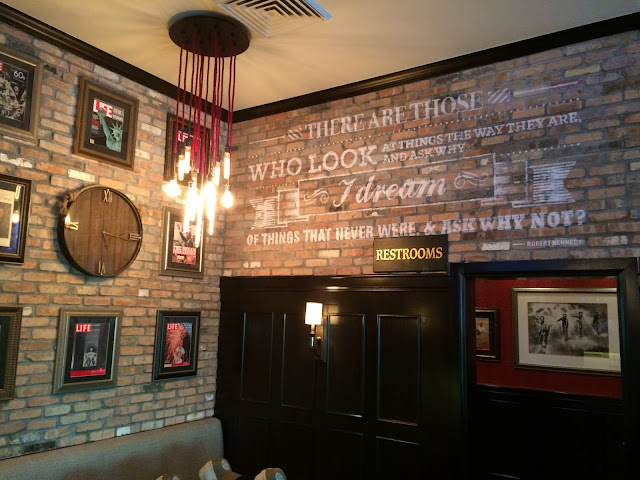 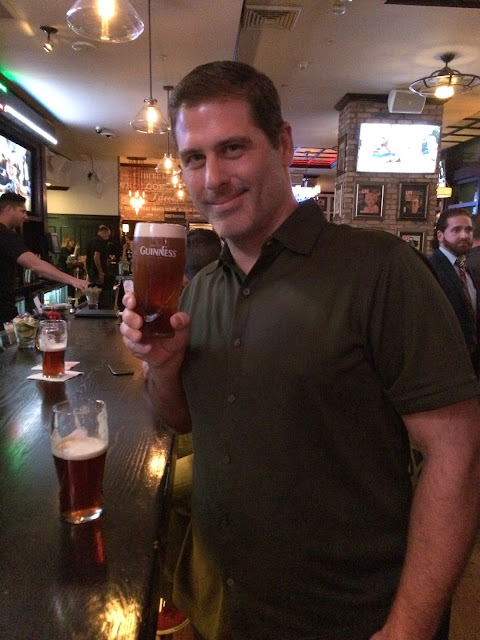 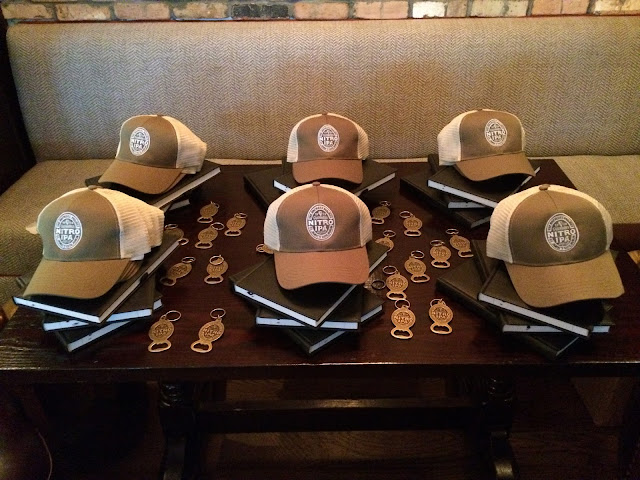 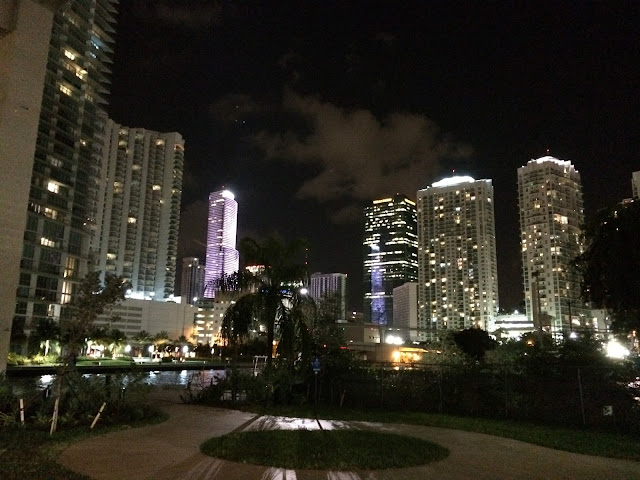 Whether somebody pursuit of his vital thing, hence he or she desires to be accessible that at length, hence that thing is maintained over here.
http://spacecoastdaily.com/2019/03/invest-in-vacation-property-in-miami-area-hugely-popular-with-people-across-u-s/