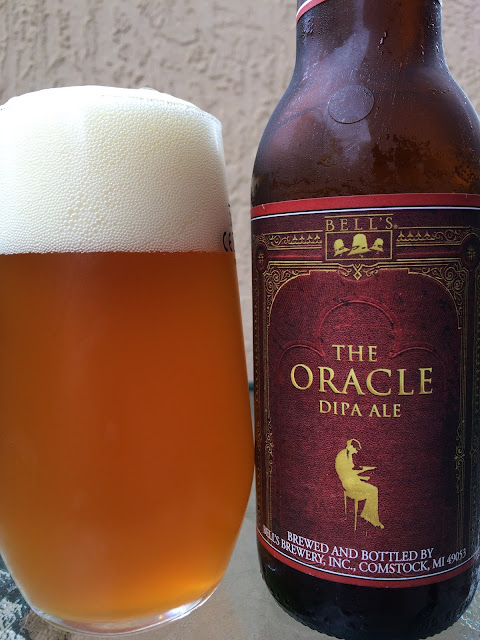 I recently saw The Oracle DIPA Ale on the shelves at my local liquor store. I had heard about this Bell's Brewery beer before but never had the opportunity to check it out... until today! The dark red label depicts Pythia, the Oracle of Delphi. I'll let you trust your Wiki judgment if you'd like to read more, but apparently The Pythia is known for her prophecies. The Oracle DIPA is billed as a beer that has the potential to make you as all-knowing as The Pythia, at least according to you. PKGD 07/10/15. 10.0% alcohol.

Caramel, malty sweet aroma to start, though more pine and orange fruitiness opened up as the beer warmed up a bit. Rich and sticky, sweet caramel flavors come at the beginning, a big malty backbone. Juicy and fruity as well. Tangy with some lemony citrus and pine shows up to offer some balance before a tidal wave of bitterness takes over.

Tons of grapefruit and citrus and pine show up and last into a long-lingering finish. That finish was astringent, alcoholic and very dry. Despite allowing some time to warm up a little, those features remained. Definitely not in love with how the beer finished (or if it ever did-holy live forever on the palate). Pass, even for many other Bell's beers, especially considering the price. You see? The Pythia knows all! 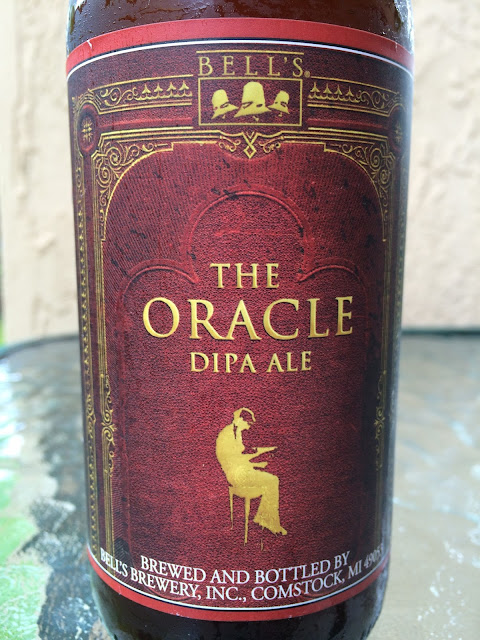 Posted by Beer Drinker Rob at 7:15 AM