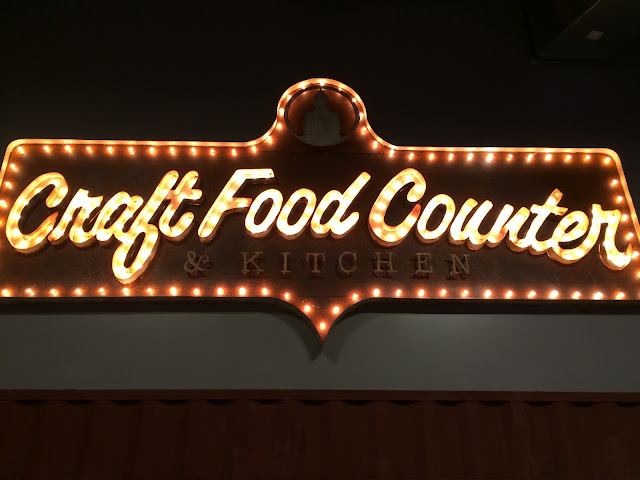 Last night, Funky Buddha Brewery had a test-run-soft-opening for a small crowd of people at their brand new Funky Buddha Craft Food Counter & Kitchen #CFCnK, opening next Wednesday, November 11, 2015. I don't think I had been back the game room area behind the main brewery since last July when Germany took down Argentina, but I must say it looks radically different in a most spectacular way!

Chef Jeff Vincent will lead his team in this fast casual restaurant where you order at the counter and pick up at the window around the corner where you can then enjoy your meal over dozens of Funky Buddha beers. In addition to the Craft Food Counter & Kitchen, the brewery renovation included a magnificent and beautiful events and banquet hall. Lots of large rooms and areas are available for parties of practically any size and occasion. Brand Director John Linn even told me you're too late to be the first or second couple to be married there! So hit them up with some creative party plans. 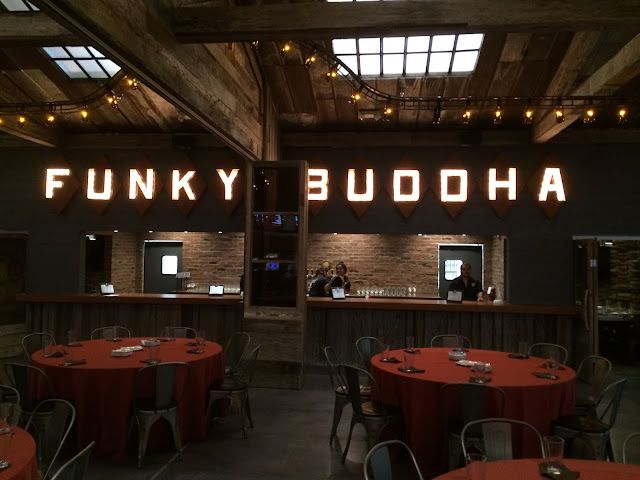 The awesome space includes a main banquet area and a room on each end decorated with barrel tops. One full wall on one end of the banquet hall is made of posters designed around the brewery's beer names while the other end has giant windows that allow you to look directly into the brewing area of the brewery. In the middle, a long bar, very chic looking. And there were elegant little touches everywhere to make this space stand out. The lighting was made with rows of beer bottles and a giant lighted FUNKY BUDDHA piece of art behind the bar (mirroring the CFCnK one at the top of this article) are two the jump right out.

Now I know you'd be shocked if I told you my date was Ed Roberts! We each took one look at the menu and need about 15 minutes to finally make a selection. I personally ended up with The Mighty Tatanka, a bison and pork belly burger with melted tomatoes, sweet onions, smoked mozzarella, and a challah bun. Such a juicy flavorful burger with the crispiest chips. Ed went for Griddled Cheese, a specialty grilled cheese made with beer-buttered challah, sheep's cheese, gouda and a raspberry chili pepper jam. Both were fantastic!

In addition to those main courses, we snacked on some of the appetizers available at CFCnK. The Tap Room Pretzel made with spent grain from the brewery is MONEY! And they elevate it even more with Doc Brown Mustard and a choice of another dipping sauce. I'd personally recommend the Nutter Bacon Sauce. Yes, I'm serious! Sriracha Honey was another sauce I really enjoyed.

Picture a basket of Blistered Peppers. Got it? Well this was a basket of shishito peppers with sesame oil topped with peanuts. Only catch was the basket was termed "Russian Roulette" because while most of the peppers are mild, a few have a spicy kick. We thought we had it figured out, the bigger ones were the "bullets," until the lady next to me bit into a tiny monster! LOL. Anyway, even the hot ones aren't so bad. Drink another beer! 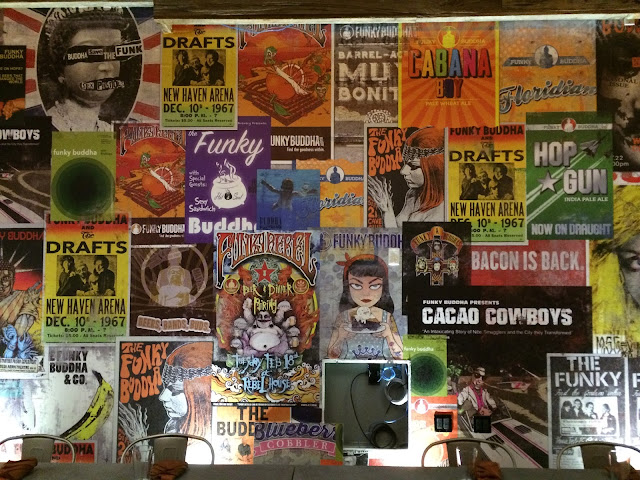 Now that's the kitchen, the banquet area, the food, the experience so far. Yeah, I know you didn't think I forgot about the beer! I had a few on the list before so let me tell you about my new BFFs. Next time you're at Funky Buddha, which I'm sure will be soon to check out the new CFCnK, start with 42 Truths Florida Pale Ale or Crusher Session IPA, two relatively low alcohol refreshing and excellent starters.

When you start feeling more adventurous, a must is the Barrel Aged Imperial Pina Colada which had an awesome pineapple flavor and lots of rum character from its aging process. Wide Awake, It's Morning is their imperial version of Maple Bacon Coffee Porter, and Triple Lindy Belgian Tripel is nicely sweet, fruity, just delicious. All of the options in this paragraph are high octane (ABV) beers, so please take these recommendations with some common sense! 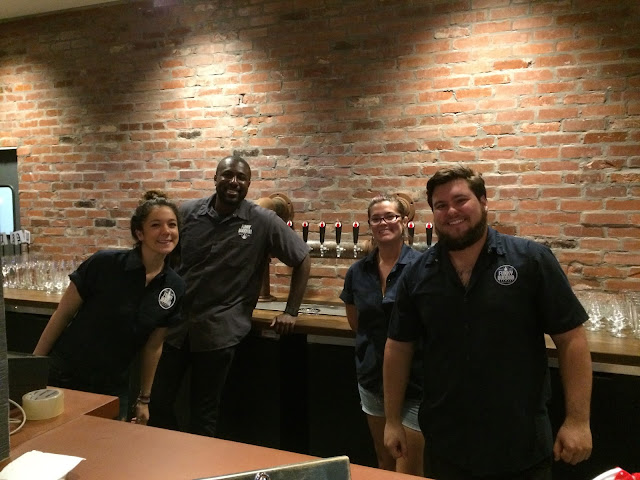 I guess in conclusion, I'll take you back to the beginning of my arrival. Since I ALWAYS arrive on time or earlier, a lost art here in Miami, I was able to introduce myself to Chef Jeff and learn more about the kitchen and his background. He comes from the South Carolina cooking scene and most recently from Beauty and the Feast at the Atlantic Hotel in Ft. Lauderdale. You could tell he was super passionate about this new idea and about the Funky Buddha Brand in general. He told me about practically every menu item which was pretty cool.

This opening event was lots of fun. The atmosphere was awesome, service could not have been any better. The crowd was very nice. I saw many people from the brewery that I knew. David from the Whole Foods tour two days earlier was there with his wife (Think Funky Buddha Floridian Bread baked there). Chef Jeff's food was delicious! That about sums it up! The brewery is kid-friendly until 8 pm, so I'm definitely bringing mine back for some of that Griddled Cheese!

Thank you for the invitation and an awesome introduction to your new Craft Food Counter & Kitchen. I'm certain it will be a raging success! 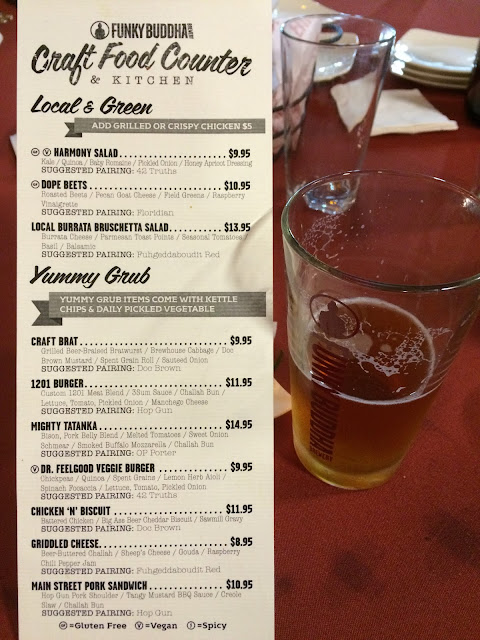 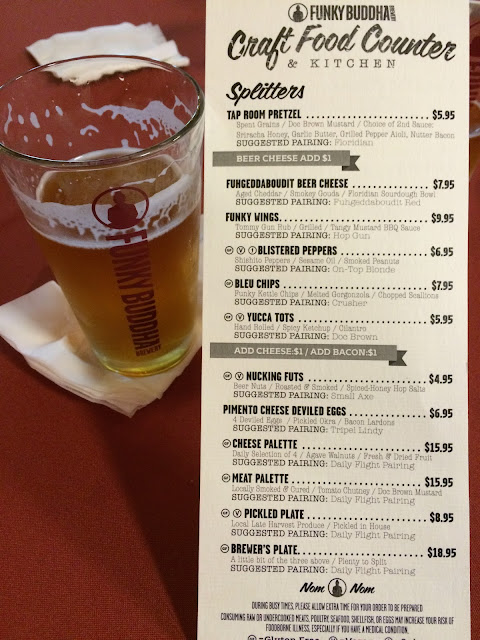 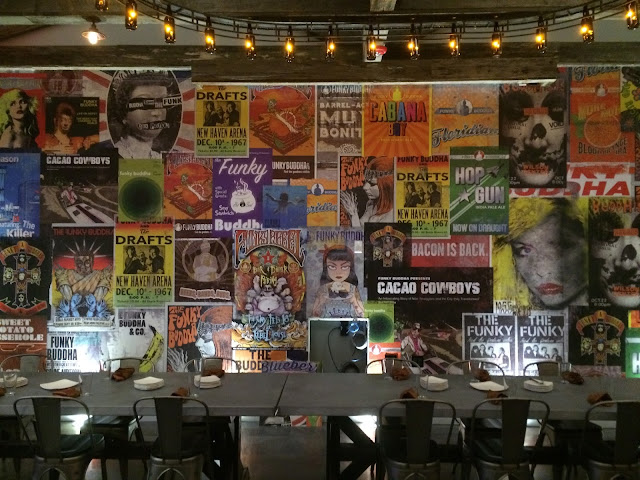 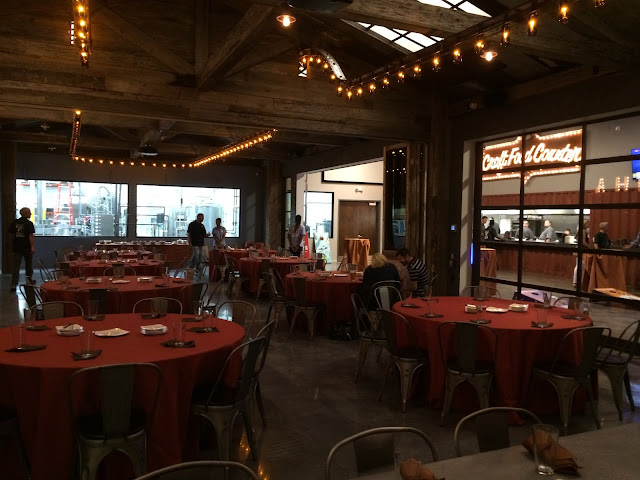 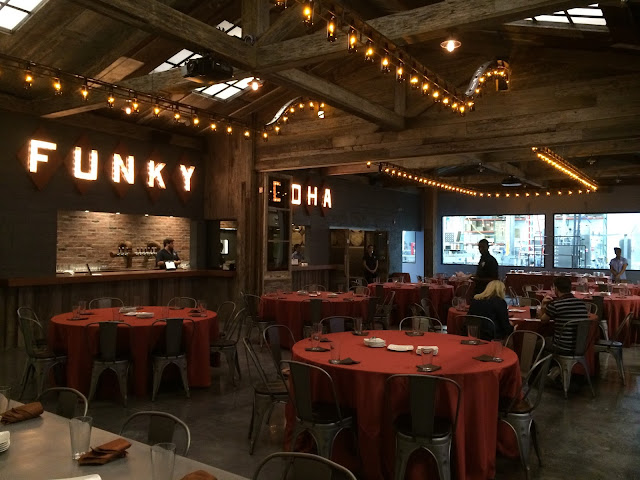 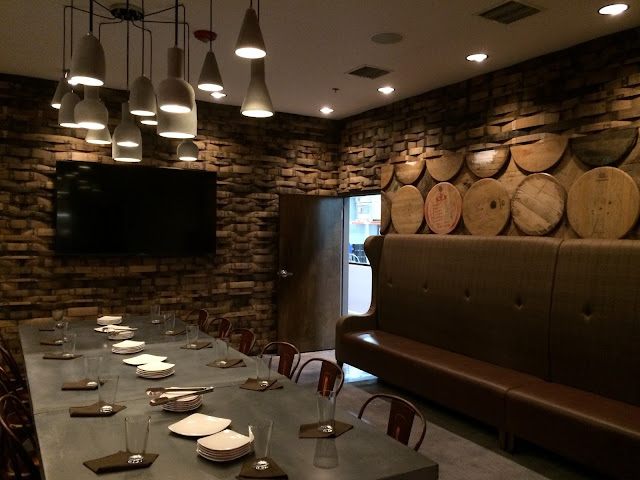 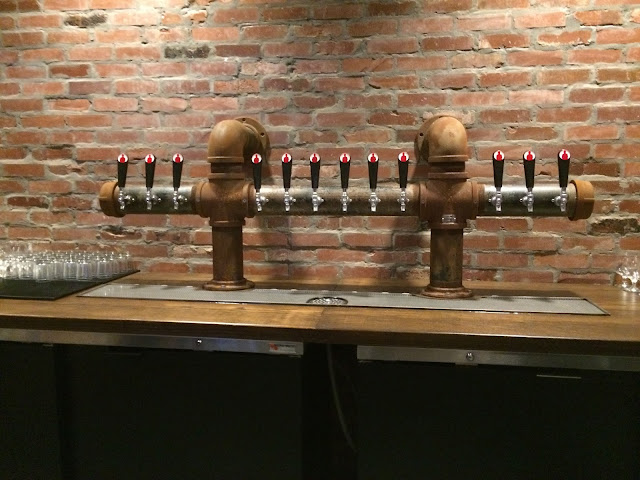 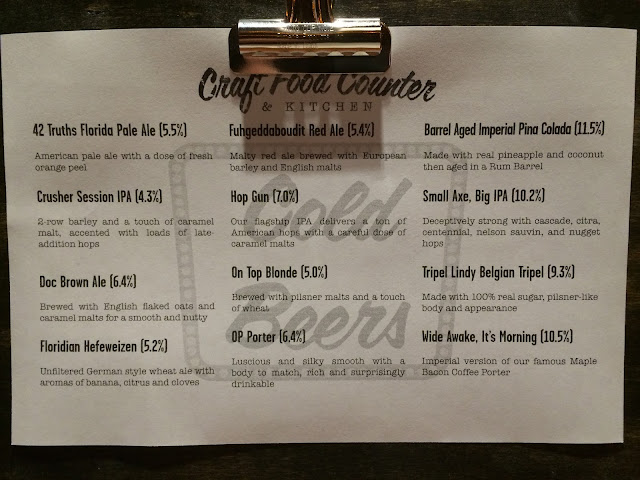 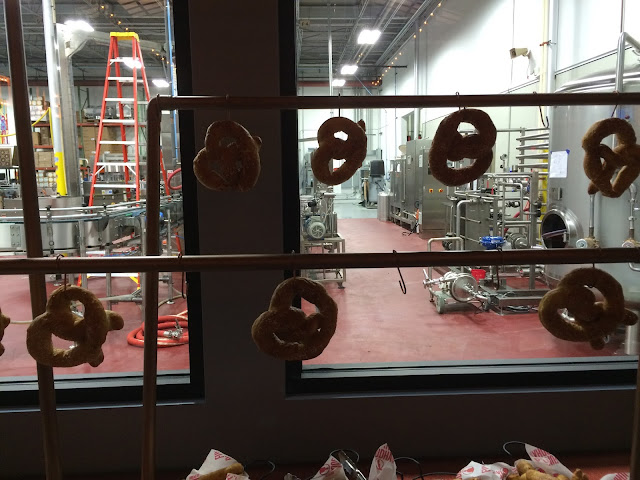 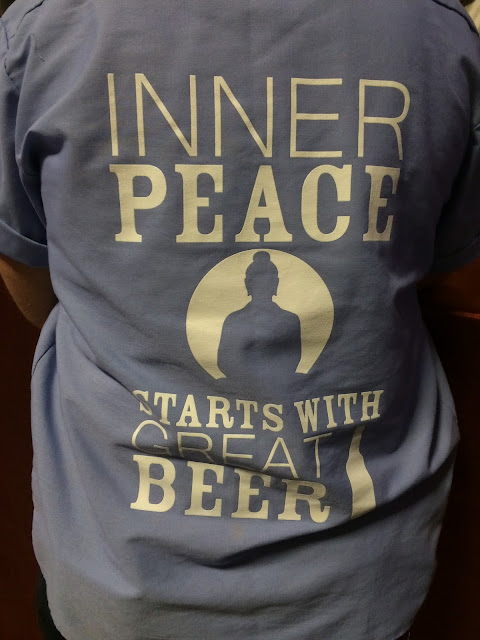 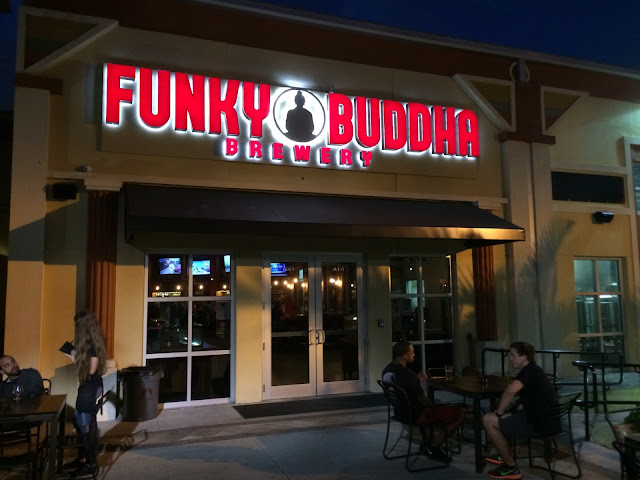