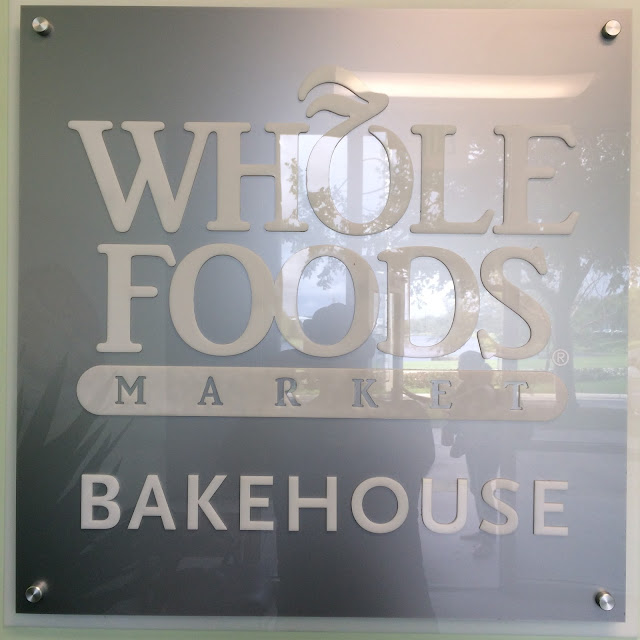 When Funky Buddha Brewery brews their most popular beer, Floridian Hefeweizen, they end up with more than just bottles of "Suntan For Your Soul." Yep, thousands of pounds of spent grain weekly are also a by-product that needs to be used or thrown away before it starts smelling bad. Many breweries including Funky Buddha give their spent grain to farmers to feed cattle and other animals.

But Funky Buddha was recently approached by Whole Foods Market to use their spent grains in a specialty bread. And that's when the partnership was formed. And don't feel bad for Mr. Farmer. Whole Foods takes only a tiny percentage of the available spent grains. Since October 21, 2015 Whole Foods has been selling the Spent Grain Floridan Bread in all 24 stores in Florida and branding it with Floridian Hefeweizen in the same marketing display. BTW, the two go great together--I did a lot of pairing yesterday, if you know what I mean! 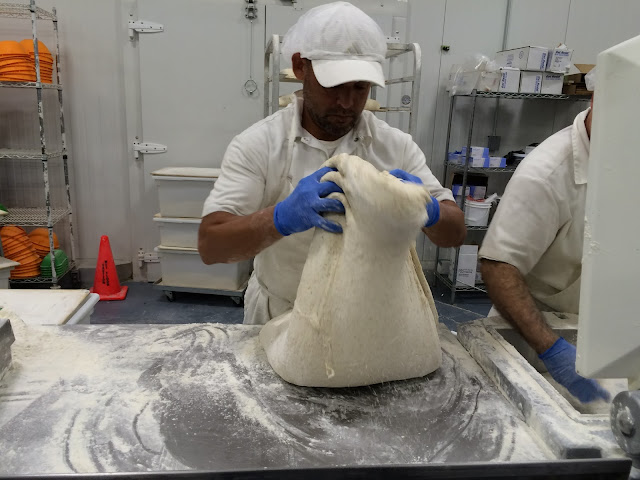 Yesterday I was invited to take a tour of the enormous Whole Foods Market Bakehouse in Pompano Beach, Florida, the site where this bread and dozens of other products are baked. Leading the introduction to the partnership and bakehouse was Facility Team Leader David McAndrew and Funky Buddha's Brand Director John Linn and Events Manager Adrian Morales.

Before I say anything else, let me tell you how awesome the aroma in that place is! 29,000 square feet of pure sensory yum. I'm seriously still drooling remembering it. We started by trying the new bread along with shots of Floridian. I did rectify that situation after my first shot, LOL. That bread was fantastic. So moist on the inside but with a crunchy crust and some heartiness to it. The sourdough flavor and texture of the grain just made me, well, eat like six or seven chunks! And Floridian is a great beer. Spicy, citrus, a little tangy with a great body! As I said earlier, nice pairing. 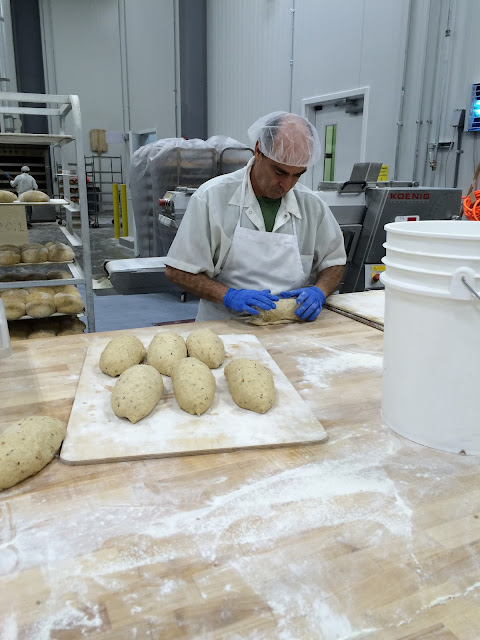 David introduced us to their facility and John told us a little about the brewery. After Whole Foods and Funky Buddha decided to move forward with the bread project, David and his team developed a recipe and experimented with a handful of attempts before he was satisfied with the end result. When launched a few weeks back, the first run was so popular that 600 pounds of Floridian Bread was sold out in two days! Whole Foods stepped up and maxed out daily production to 2400 pounds per day until they caught up with demand.

We were then taken on a tour of the actual bakery area where 68 employees work shifts totaling 22 hours per day. The bakehouse gets cleaned for the other two hours! We saw bread and baguettes and pies and croissants and probably a dozen other items being prepared and baked and packaged. We actually saw the Floridian Bread being hand formed by one of the workers. Racks of smaller-sized Floridian Bread nearby also led John to let us know those would be hollowed out and used as bread bowls in their Fuhgeddaboudit Red Ale Beer Cheese when their Craft Food Counter and Kitchen opens at the brewery next Wednesday November 11, 2015. 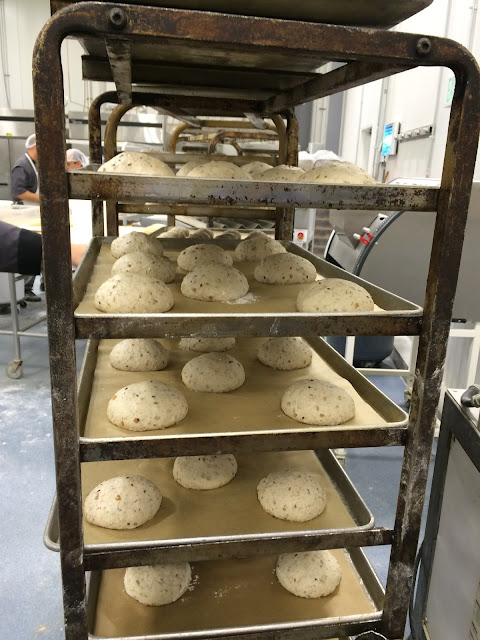 Anyway, that's about it. I had a beer and chunk of bread before leaving. We were also given a goody bag that contained some 20 million calories! Brownies, Floridian Bread, fruit cake, pastries, peppermint chocolate bark and beer! That peppermint bark is MONEY! And I swear my 13 year old ate half the loaf of bread before anyone even knew it was opened.

Nice people running the presentation and in attendance. So nice, in fact, that three of us hit a different local brewery to continue our mid-afternoon drinking afterward! But I'll save that story for another day! Thank you for the hospitality and tour. 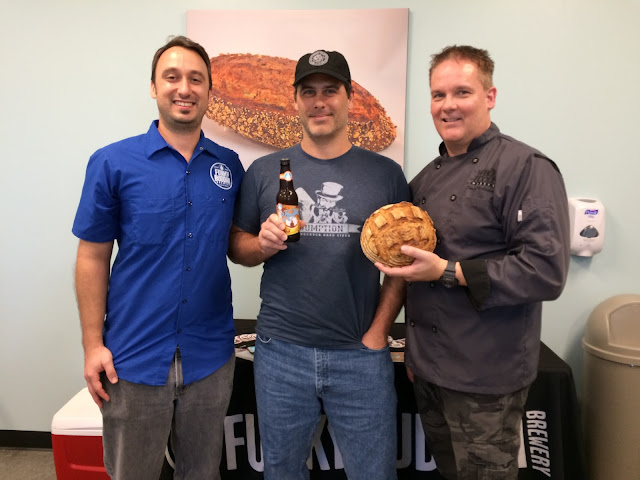 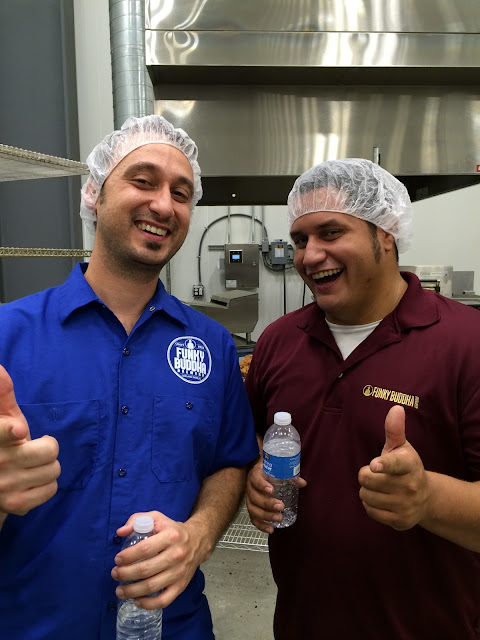 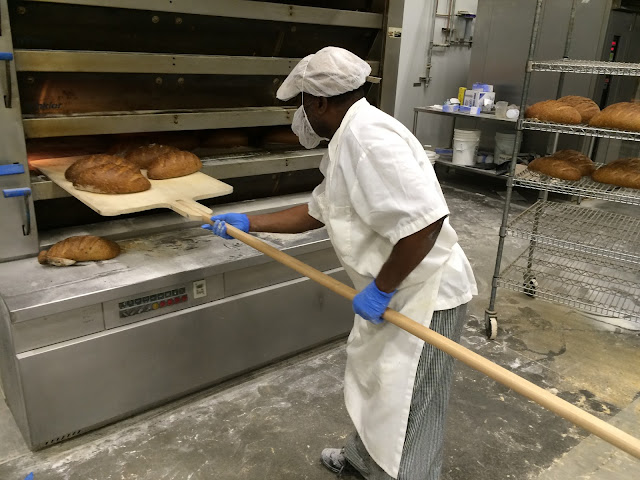 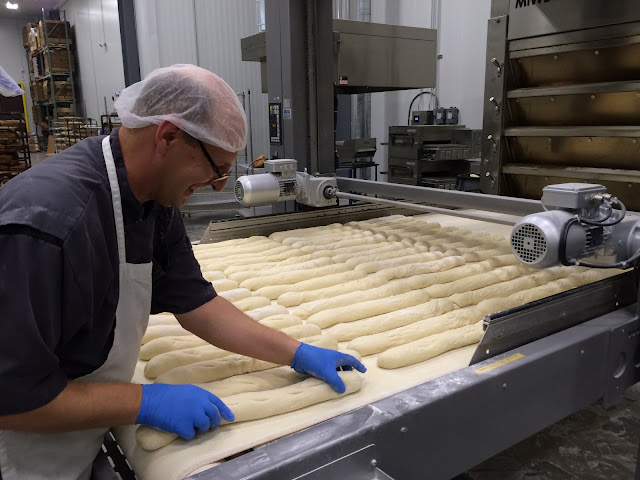 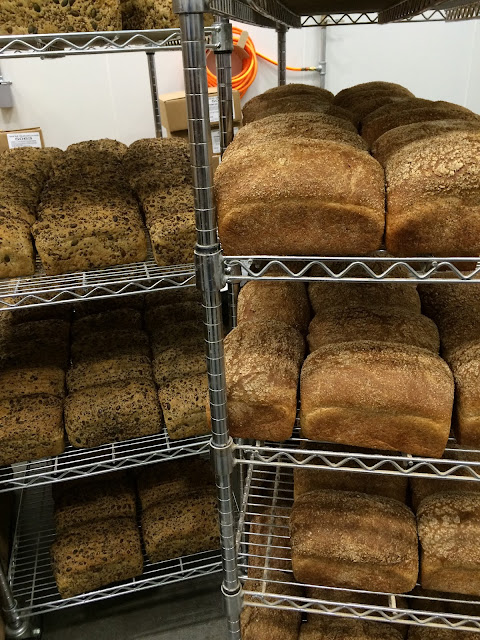 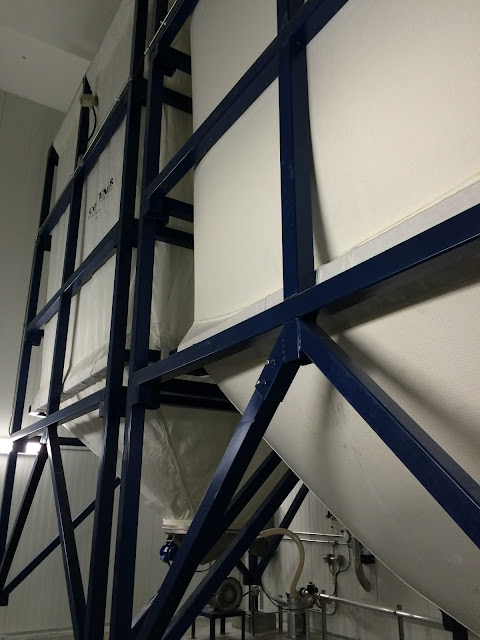 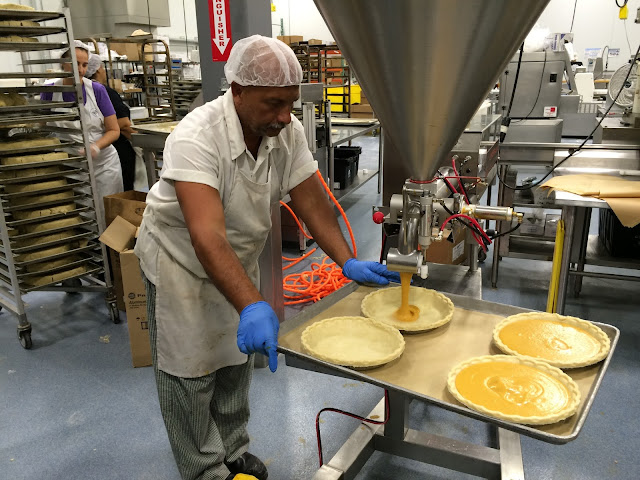 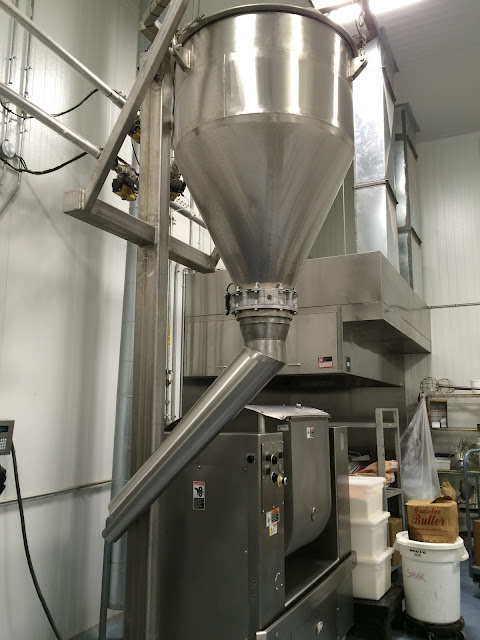 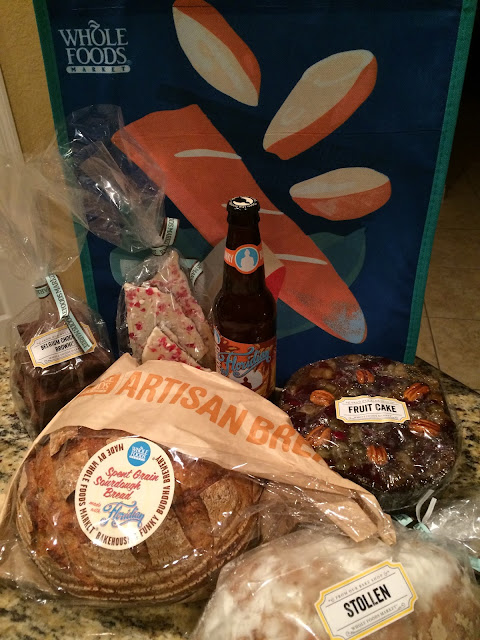