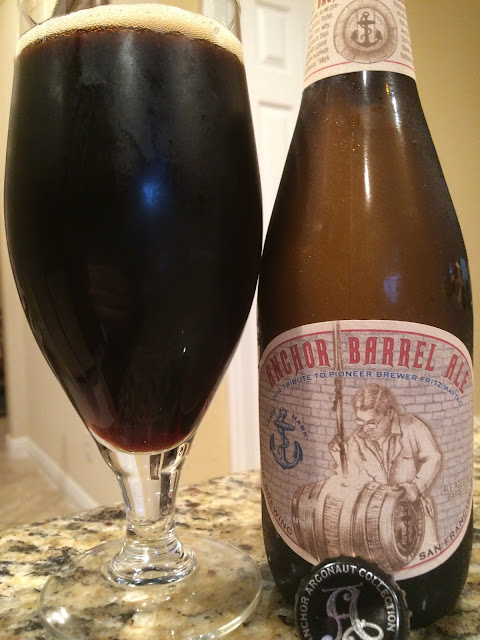 Anchor Brewing recently released its third beer in their Anchor Argonaut Collection: Anchor Barrel Ale. The series was developed to push the creativity of Anchor's brewers while creating limited-edition beers that were a little different than their standard offerings. Anchor Barrel Ale is a blend of Anchor's ales which is then aged in Anchor’s own Old Potrero Single Malt Straight Rye Whiskey barrels and on their charred staves. The result is a tribute to pioneer brewer Fritz Maytag!

The label depicts a whiskey barrel being filled with beer. A little story around the neck of the bottle talks about Fritz's pioneering ways and his ability to foresee a future full of craft breweries. 7.5% alcohol.

Caramel and cola aroma with whiskey hints too. Caramel flavors come first and spicy rye is all over it. Damn there is a lot going on in this beer! Citrus, cinnamon, licorice hints. Black bread, toast, char, hints of smoke. Super interesting and the tons of nuances will keep you thinking for the entire beer.

Dry at the finish with the spiciness and whiskey flavors really showing through, lightly boozy even. But it is very smooth and certainly grows on you! Check it out! 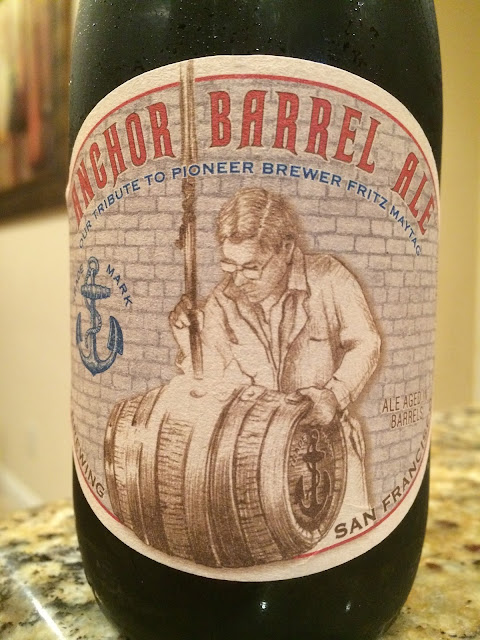