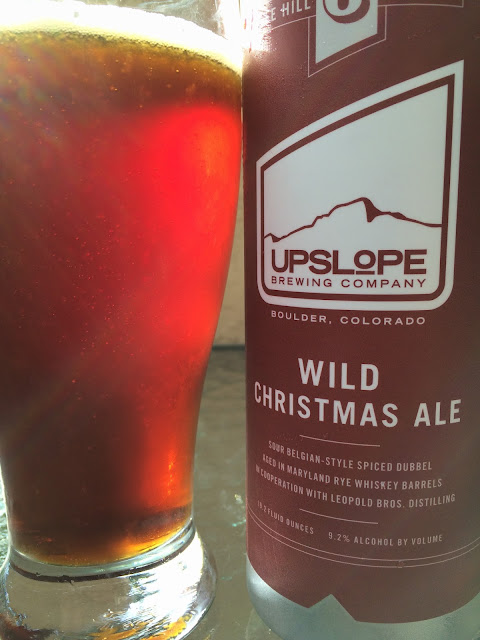 Giant 19.2 oz can full of information including ingredients. A few stories on the label explain this beer, set your expectations, and tell you more about their Lee Hill Series. 9.2% alcohol. 11 IBU. Canned on 10/21/15.

Tons of cherry and candy sweetness in my nose right when I cracked open the can. Also very spicy and full of whiskey and rye. Nothing really sour in the aroma though. HOWEVER, there is absolutely zero doubt they added in a healthy culture of Brett into this beer! I made that sour face big time! Several times! 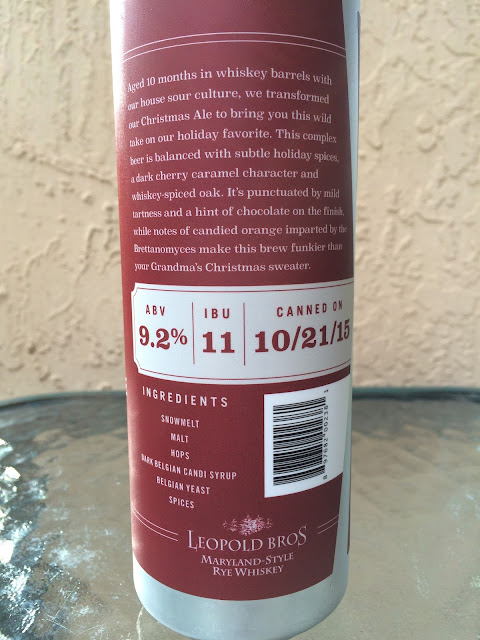 In conjunction with the sour-forwardness, tons of tart cherries and sweet malty caramel come through. Cherry has a cola and semi-cough syrup character, not to the point of being off-putting. Belgian character. Candi sugar sweetness. Spicy and woody.

The alcohol definitely kicks in, especially at the finish and especially after drinking a handful of sips. A little heat in the throat but not an issue. You'll likely get used to the sourness a little but it doesn't just become forgettable. Sweet and sour, good flavors, grew on me though I'd still say half the can is all I wanted and you should definitely share the big can. 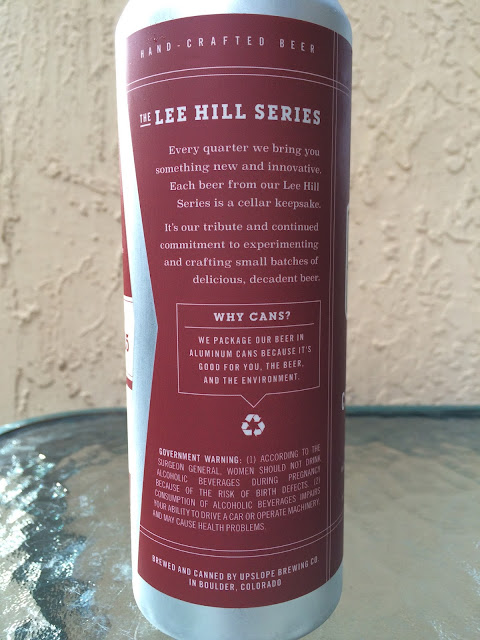