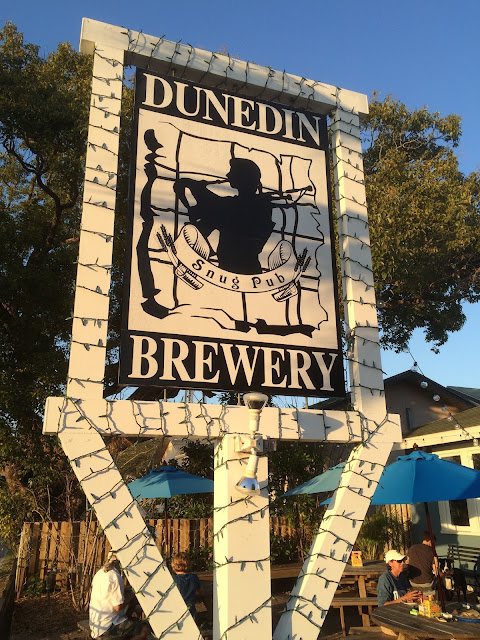 After leaving Coppertail Brewing, we headed across the bay to Dunedin Brewery and stop 4 on #EpicTampaBreweryTour. Dunedin is Florida's Oldest Craft Brewery and therefore a must stop on our trip.

Outside there were a bunch of picnic tables to drink and eat and relax. Inside, a bar and kitchen to one side and the brewery tanks on the other. There was also a small stage where they host live music events. And in the front of the building was another bar area called The Nook. The Nook wasn't being used when we were there as the brewery wasn't so crowded. 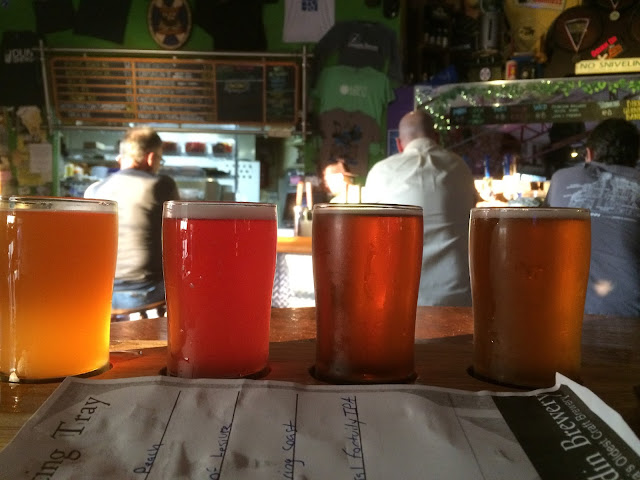 Apricot Peach Ale was super fruity and full of the promised apricots and peaches, not sweet but rather nicely tart. Fruits of Leisure was also very fruity with a lot of passionfruit and orange rind, zesty, spicy, perfumey. Those two were definitely very different and interesting

Wandering Coast had a very smooth texture, good body, caramel flavors. Before we had a sip, my wife said, "I'm wandering how that tastes!" LOL. Universal Fortuity showed sweet orange flavors up front backed by some nice bitterness. Pretty simple but nice.

That's about it. Good stop! Next up... 7venth Sun Brewing. 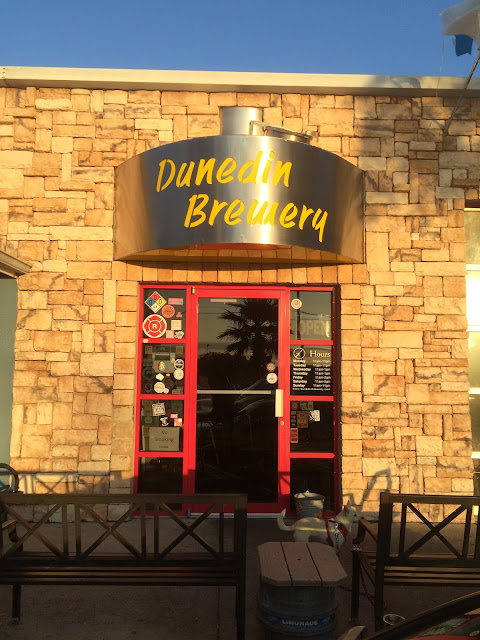 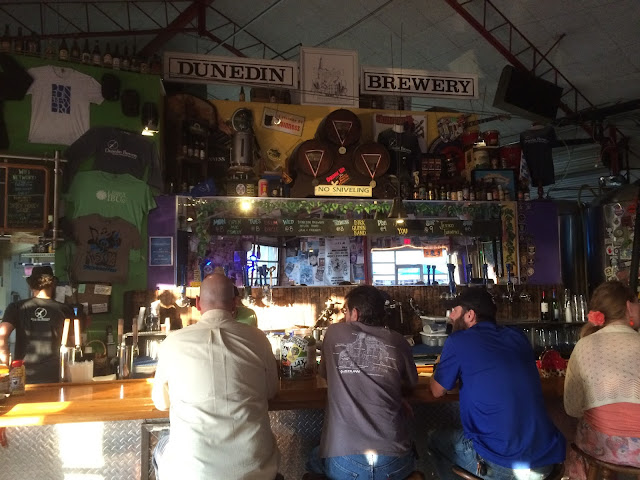 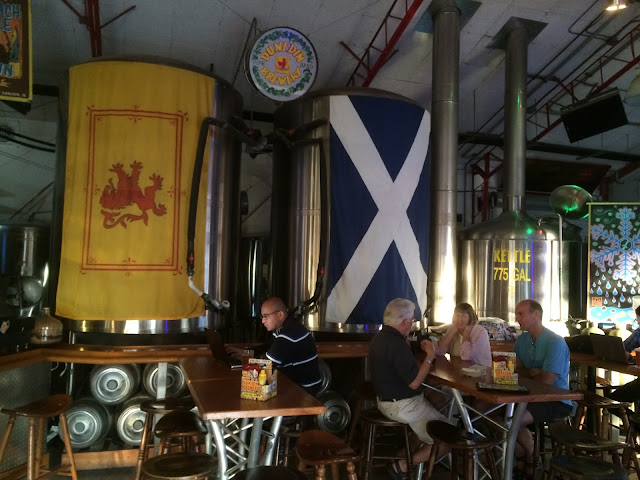 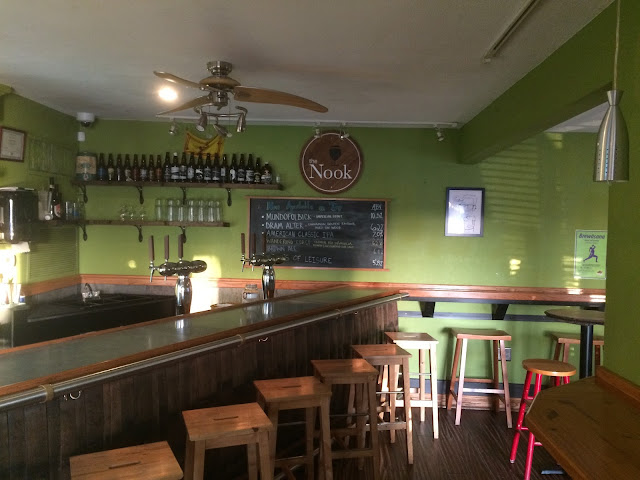 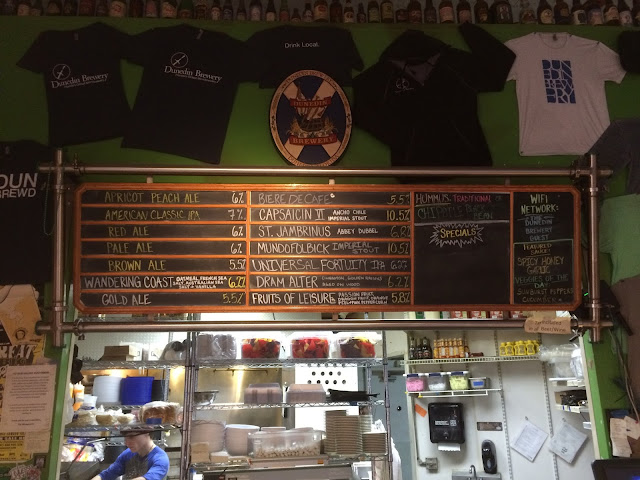 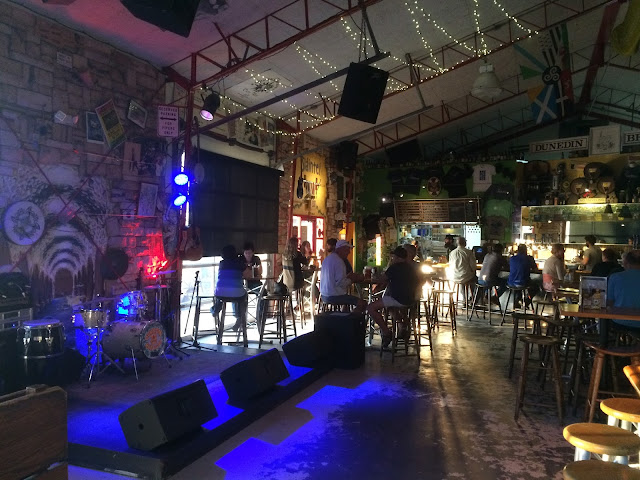 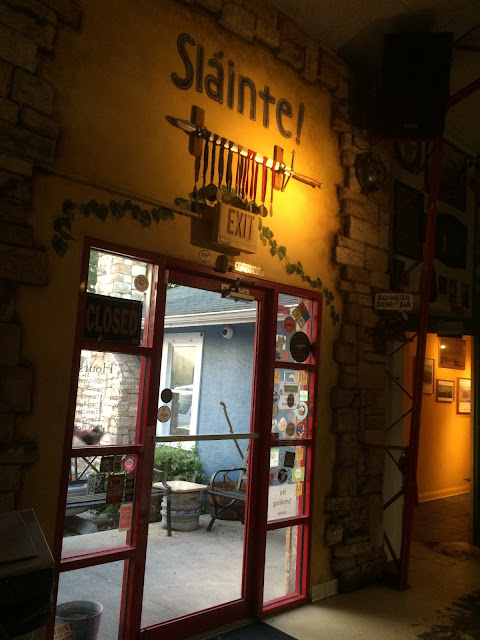 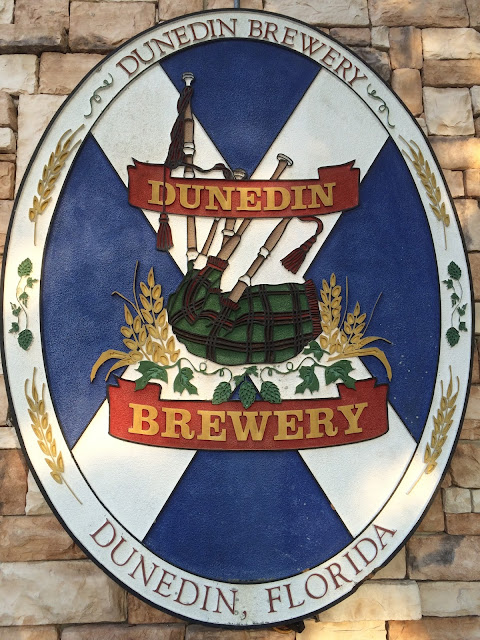