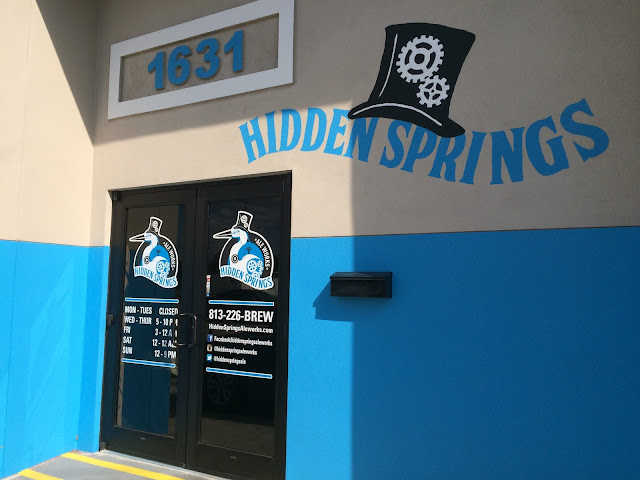 After leaving Green Bench over in St. Petersburg, we headed back toward Tampa and Hidden Springs Ale Works, open for only 4.5 months. Actually it wasn't open when we arrived, but I took care of that little problem a few days before we left for our trip - Owner Josh Garman said it would be absolutely no problem to take a quick look around and sample a few beers. Stop 10 on #EpicTampaBreweryTour!

When we arrived, Josh was out to lunch and some errands. But Bar Manager Sam Swartz and Josh's wife were there, and Sam was happy to talk about the brewery over a few samples before walking us around the brewing space. First of all... that logo is a heron, not a penguin! The Hidden Springs refer to springs from the owners' childhood memories, ones they loved visiting. 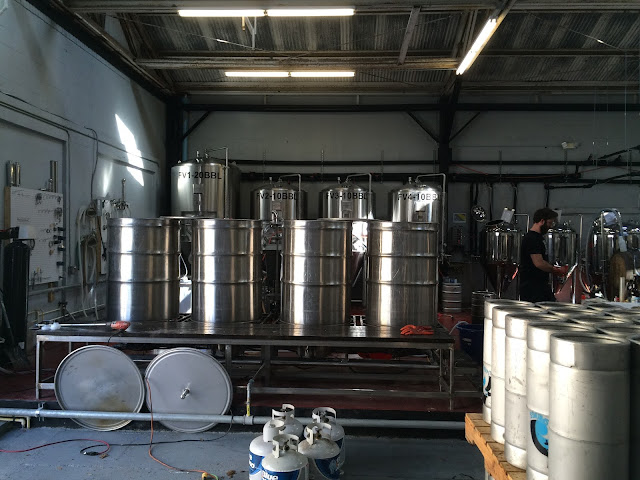 Hidden Springs operates a 5 barrel brewhouse with a 3 barrel pilot program out of a historic building in Tampa. The building was originally used to repair street cars. The brewery embraces a steam punk theme throughout. They are actively creating a robust barrel-aging program, and we were able to see bourbon and wine barrels from several distilleries and wineries.

Back at the bar, Sam let us know that they host a lot of events and have been very busy for the short amount of time they have been open. They are currently preparing for Tampa Bay Beer Week in early March and are hosting a professional competition - we saw a walk-in refrigerator full of beer samples! Hidden Springs itself will be releasing its first bottled beer for the festivities, a Russian Imperial Stout named Black Aggie! 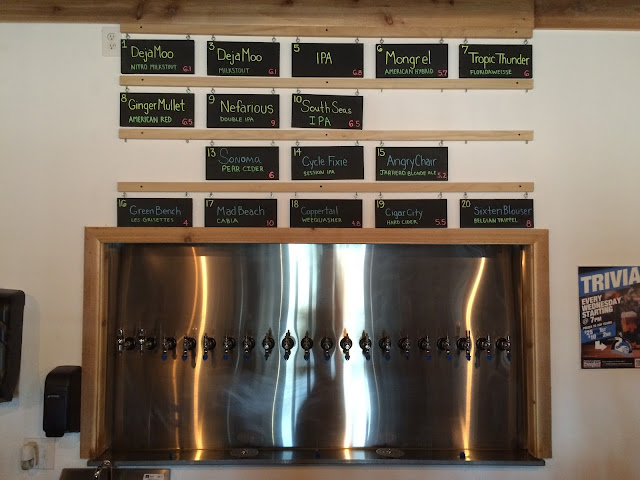 Deja Moo was very creamy, full of rich chocolate flavors and a very subtle spicy pepper finish. Hidden Springs IPA (they are still waiting for an awesome name to appear in a vision!) is very fruity, lovely tropical mango and pineapple flavors. 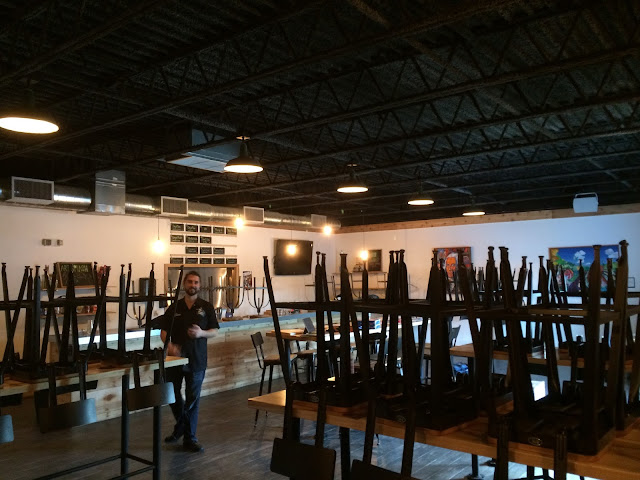 While our visit was relatively short, we had a great tour and tasted some excellent beers! Thanks to Josh and Sam for making it happen. 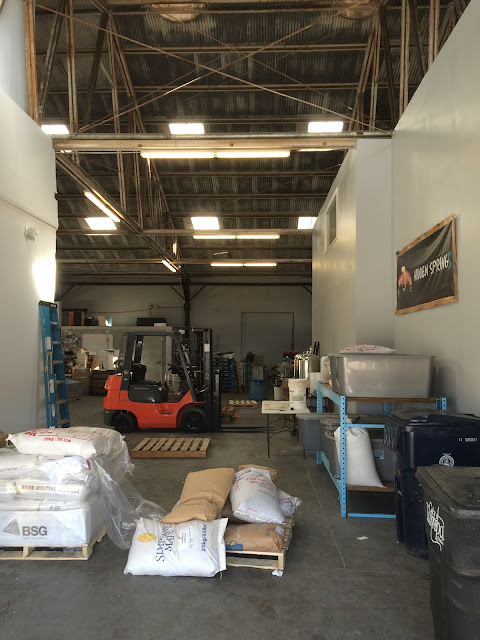 Posted by Beer Drinker Rob at 8:20 AM