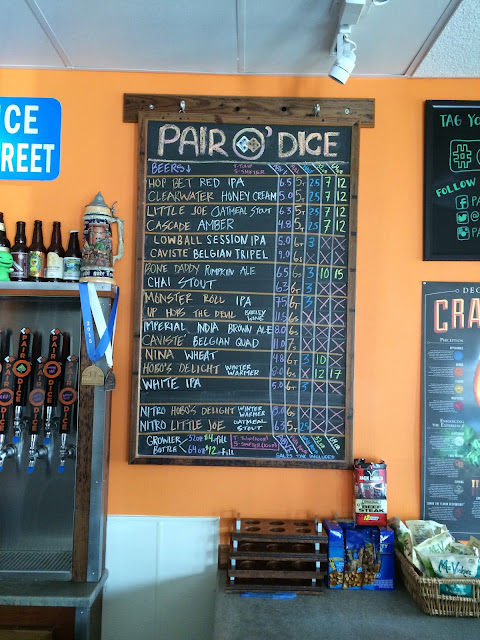 I definitely slept well last night after our final brewery stop at Rapp Brewing. To start out Day 2 of #EpicTampaBreweryTour, I arranged to stop by Pair O' Dice Brewing in the morning on a day I knew their tasting room was closed but figured they were probably brewing.

Our host was Co-founder and Head Brewer Ken Rosenthal, who did not disappoint with the required brewer's beard! Ken sat us down in the tasting room and told us a little about his background as well as what's happening at the brewery.

Ken has Masters in Electrical Engineering and started brewing in 2004 with Anheuser Busch in Jacksonville. That is where he learned the art of technical brewing; you could tell that he was very particular about recipe perfection and not really into beers with lots of additional ingredients that are all the rage now. He also said they only brew beers he likes, which does not usually include beers that are overly sweet. 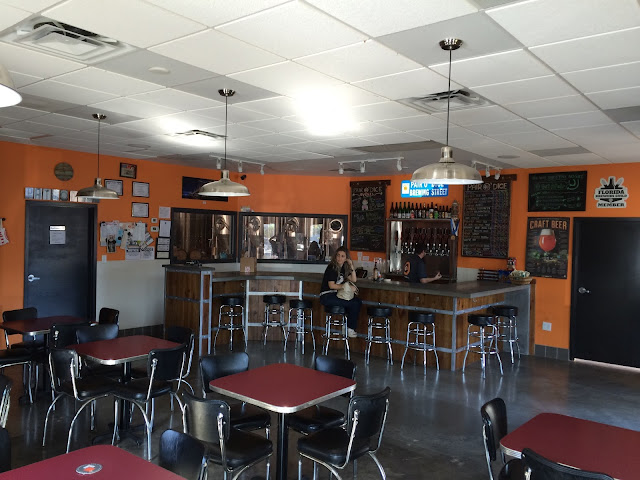 Ken and his wife Julia were both actually working for Bud at that time and got the bug to one day open their own brewery. They moved to Austin mid 2000's and Ken mentioned working with Jester King, 512 and Uncle Billy's Breweries to some extent. He also said that the "Pair" also visited the West Coast breweries of San Diego regularly and that Pair O' Dice has a heavy inspiration from those trips.

Anyway, Ken and Julia began to save for their own brewery many years ago and actually started planning an opening in 2009, four years before actually opening on Halloween, 2013. Both are from the Tampa area and knew that they wanted to have their own space in Southwest Florida.

As they returned home time after time to visit family, they got this idea that they were returning to Paradise. But they were worried "paradise" in a brewery name might conjure up a Hawaiian or Southern California image when they wanted a West Coast inspired brewery clearly planted on the East Coast where they could deliver those beers as fresh as possible. 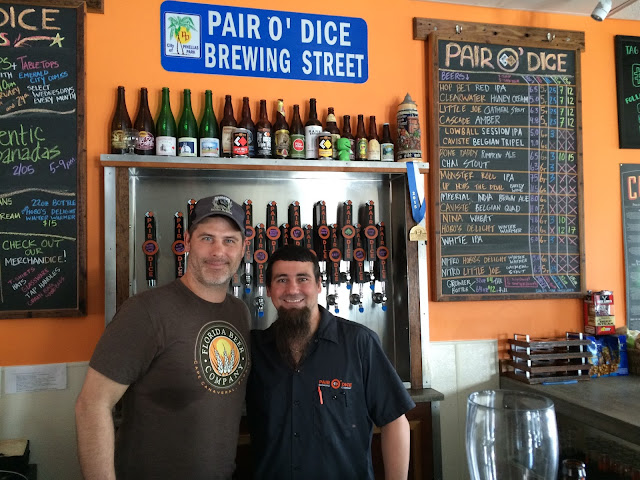 Pair O' Dice came to mind from the word Paradise one day and the rest is history. Ken said they aren't Vegas high rollers but that opening this business was definitely a gamble, 7 years of saving and just a small business loan, no other investors. Plus you could tell that Ken's vice was clearly Beer! Ditto here! Oh, and I already alluded to the fact that The Rosenthals are a Pair, so there's that too! Thus the brewery name and theme.

At some point during the conversation, Ken started pouring some beers to try. Pair O' Dice currently has several beers in local distribution including two that they are canning. He mentioned that some of the bigger local craft breweries have been more than willing to share equipment, expertise and knowledge, a common theme I heard from many brewers on this trip. 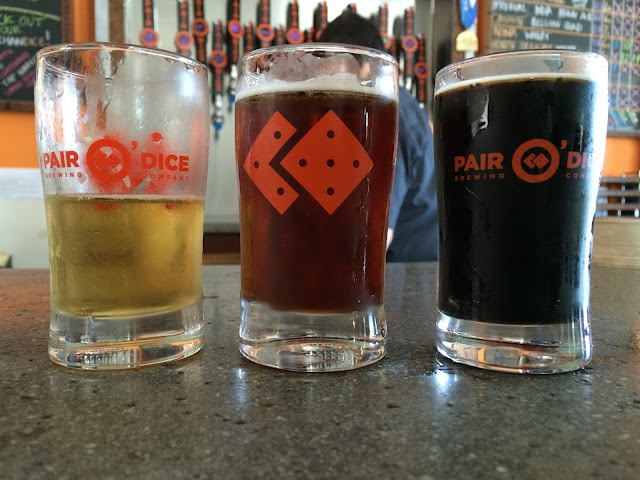 Clearwater Honey Cream has an awesome honey flavor, crisp meets floral, very refreshing. Ken mentioned that with only five months in distribution in 2015, this beer accounted for 16% of their sales for all of 2015. Definitely Money! Delicious, and I think my wife's favorite of the day (which didn't even begin yet!)

Hop Bet Red IPA is the other beer they can. What a nice caramel base with spicy, floral, grapefruity citrus balance. Cascade Amber is very smooth and flavorful. Little Joe Oatmeal Stout is super smooth, coffee forward and leans bitter. 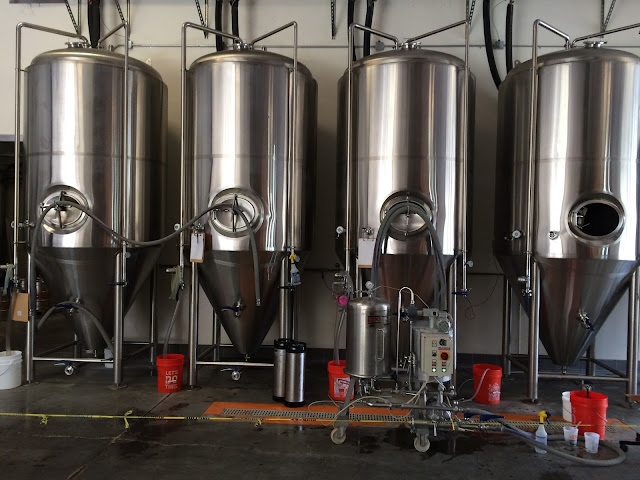 Ken said they are working on a series called Hop Streak designed to showcase hops. Lowball Session IPA, brewed with 100% Mosaic Hops using the Hop Bursting technique, was the first in the series and so popular that they have it in their regular tasting room rotation. Sharp lemon, grassy bitter, very refreshing. Ken gave a brewing lesson and explained that flavor comes from hopping in the last 20 minutes of the boil. Monster Roll IPA and Up Hops the Devil Barley Wine are two newer entries into the series recently available.

Finally, we tried Cavisté Belgian Quad. Cavisté is the French word for Cellarman. While Ken isn't a "sweet beer" kind of guy, tradition does trump that sometimes. Dark crystal malts were added to this beer and definitely left behind some residual sweetness. Dark fruits, big body, very tasty.

We got a tour of the brewing space afterward too, along with a brewery dog named Simcoe. Pair O' Dice built their space with expansion already in mind. Lots of room, lines already in position to be hooked up to future tanks, space for a dedicated canning line, etc.

We really enjoyed our visit and are grateful to Ken and Julia and their team for organizing everything and taking the time to show us around. Oh, and the beers were really great! Definitely stop by! 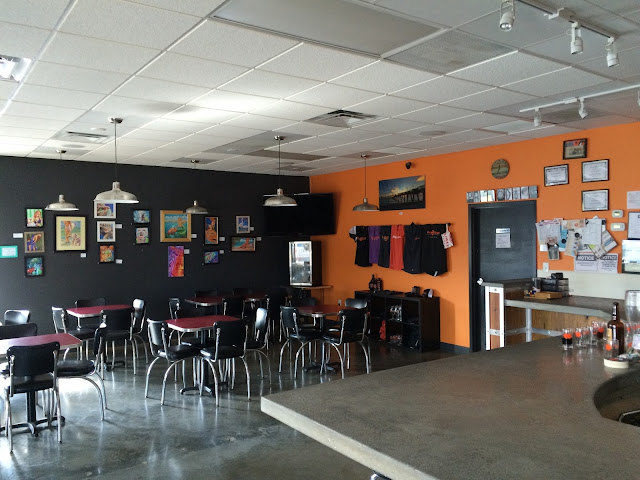