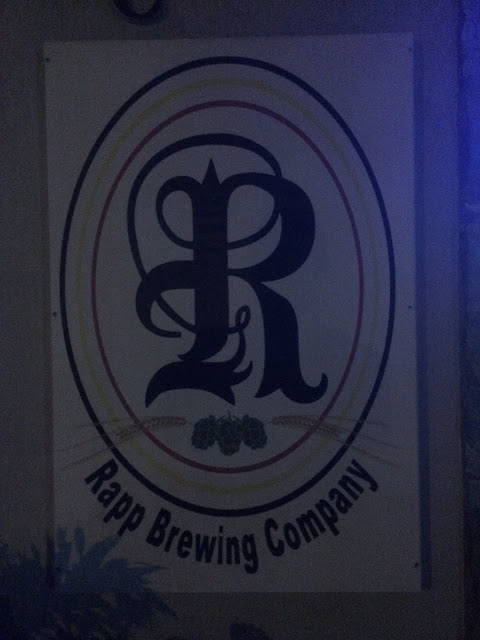 After leaving Barley Mow Brewing and polishing off an entire pizza, my wife and I headed to our final day 1 stop, stop 7 on #EpicTampaBreweryTour, Rapp Brewing Company! We arrived maybe an hour and a half before closing. There were some people in an area adjacent to the tasting room, but we had our pick of seats at the bar! Right up front!

Our bartender was very friendly and knew everything about all of the beers. She told us about their award-winning beers and some history and also suggested some options to try. I asked sarcastically about the really creative beer naming process at Rapp. I mean with names like Double IPA and Bock Bier and Belgian Pale... She told me that they don't spend time or energy doing that because they always have 20 beers on tap and they are constantly rotating them. So just style names, for the most part, define the lineup. 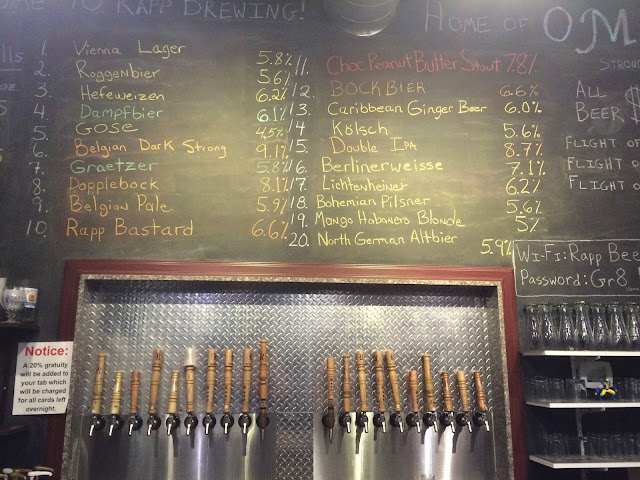 I don't usually introduce myself at breweries, not that it would matter, but I like to see how a place runs with no special treatment or behavior. However, after I got home, it was pretty easy to figure out who our host was. Candice Moran, Tasting Room Manager and daughter of Brewmaster and brewery namesake Greg Rapp, was pouring for us! 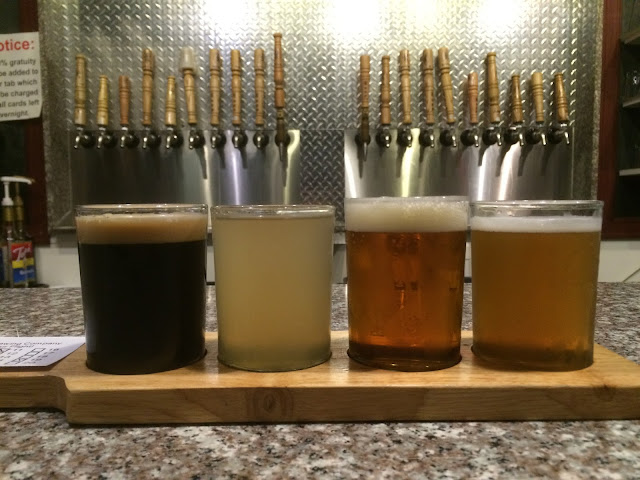 Gose was tart and not sour, very tasty. Mango Habanero had a subtle spiciness, just perfect (unlike that Sculpin monster I tried recently; this wasn't an IPA but it's still OK to make the comparison); Double IPA had a terrific fruity sweetness and a bitter answer to that; Chocolate Peanut Butter Stout, which I read somewhere has a ranking of #8 in the world, well, that was fucking money! So luscious, creamy, rich, just delicious! Oh, and Caribbean Ginger was spicy, malty and sweet, pretty nice. 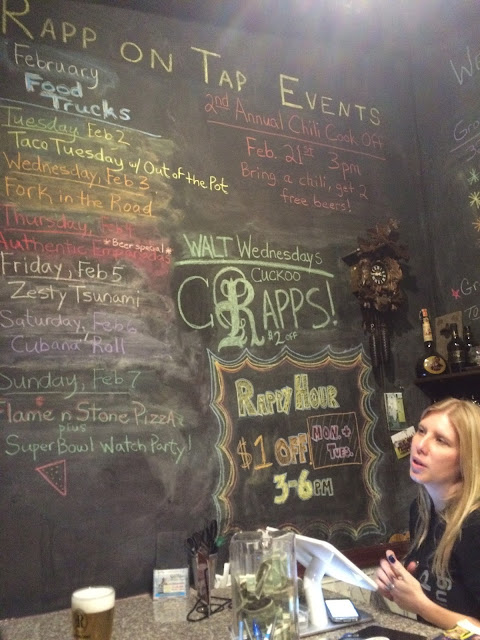 Anyway, Double IPA and Chocolate Peanut Butter Stout were my favorites. I definitely will go back during the day next time and do the flight of 20!

We left with a "next time" hotel recommendation at the Sirata Beach Resort. Instead, we slept in a crappy La Quinta on a noisy highway with warnings that there would be no water pressure from 8 -10 am the next morning! Genius! 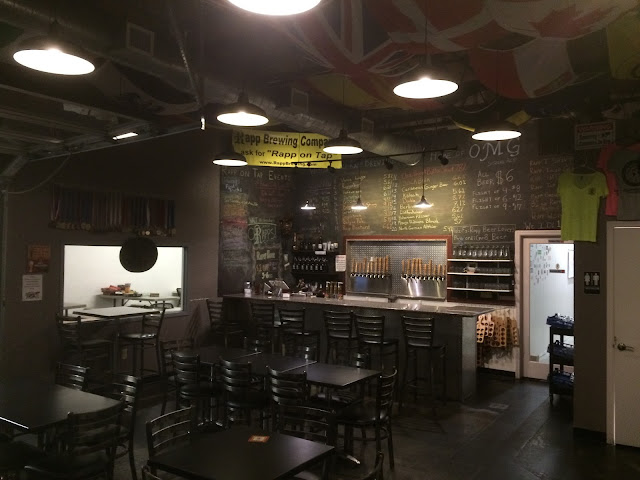 Posted by Beer Drinker Rob at 7:23 AM