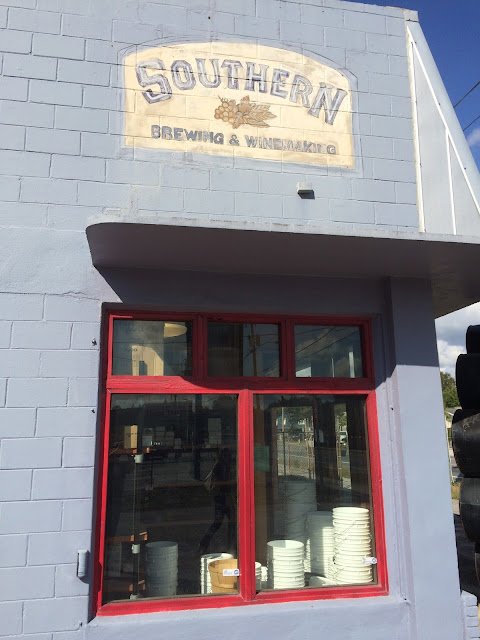 After a short trip from Hidden Springs Ale Works, my wife and I arrived at Southern Brewing & Winemaking,  a combination brewery and home brew supply store. And Stop 11 on #EpicTampaBreweryTour! This was a bonus stop from my original plan after I was urged by a local Twitterite to make sure to include it. 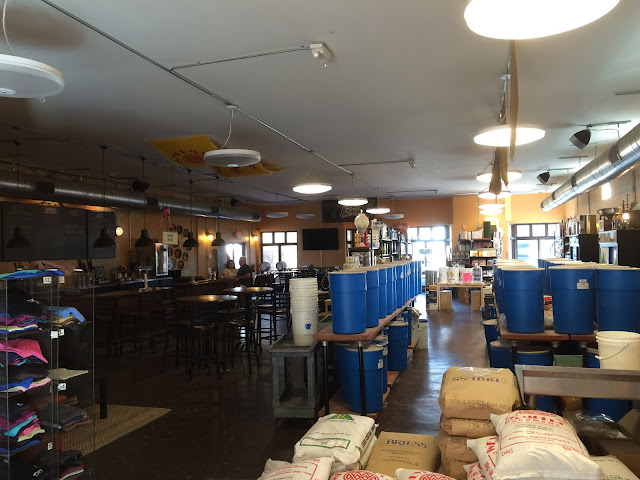 Inside was a home brewer's paradise on one half of the building. Tons of equipment, bags of different grains, refrigerators with hops and yeast samples, etc. On the other half, a long bar, some tables and a nice comfy area with a few couches. We took a few seats at the bar and decided on a flight.

Kelly's Belgian Wit had a nice tangy wheat flavor, set off by some lemon and orange zest, lightly spicy, with a touch of yeast. Lip Service IPA was fruity, zesty, had some pine, not that bitter.

Lost In Limbo EPA showed a nice bright lemony bitterness. Oliver's Gruel was creamy with a sweet chocolate and bitter roast balance playing off each other. 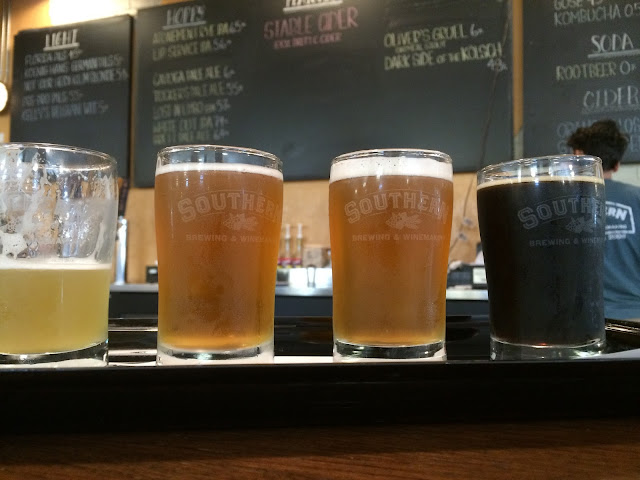 After a few pictures, we headed outside to relax in the shade, was such a nice day for day drinking! We didn't actually have anywhere we needed to be considering our final planned stop didn't open for another hour. We eventually kicked the flight and headed back inside to pay the tab and look around a little bit more.

But it was finally time to head for our final destination, Angry Chair Brewing! 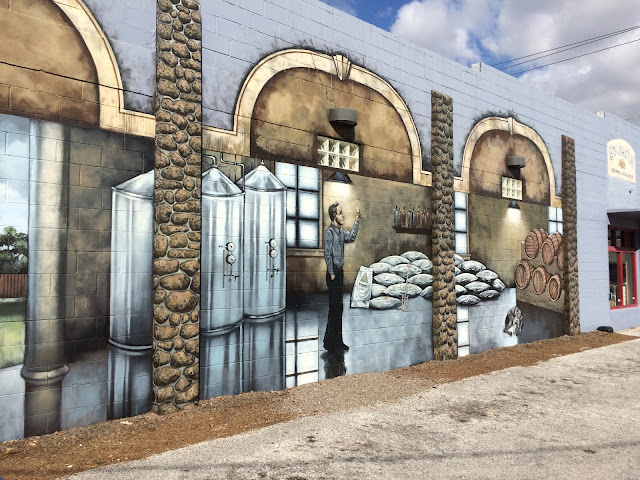 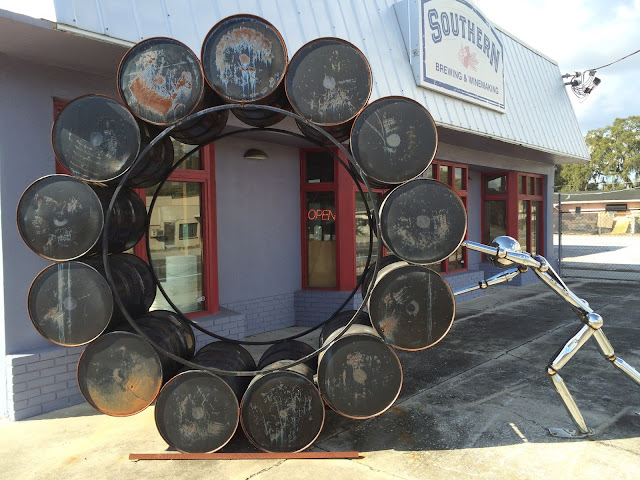 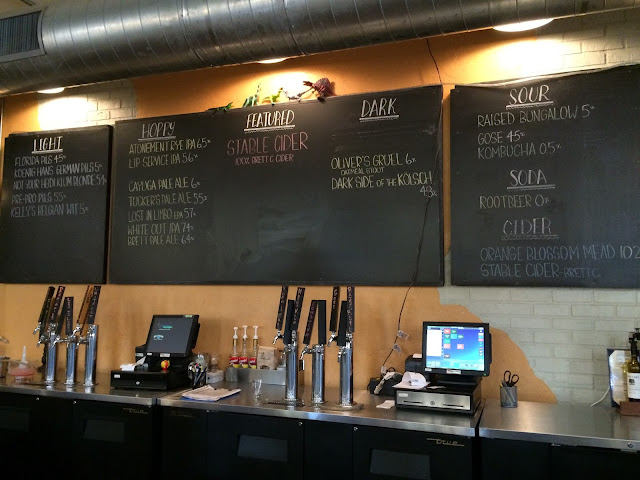 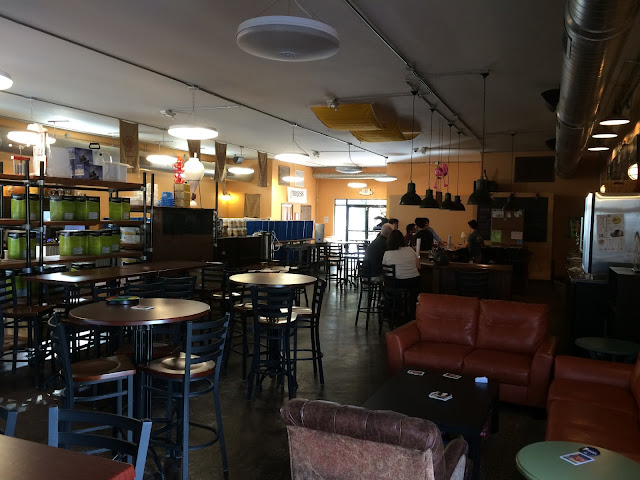 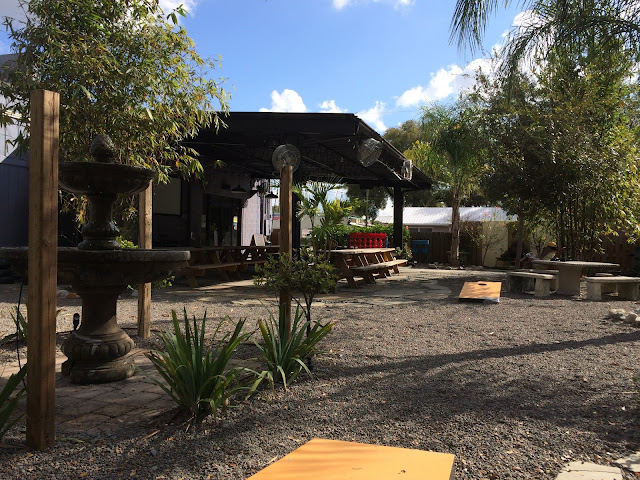 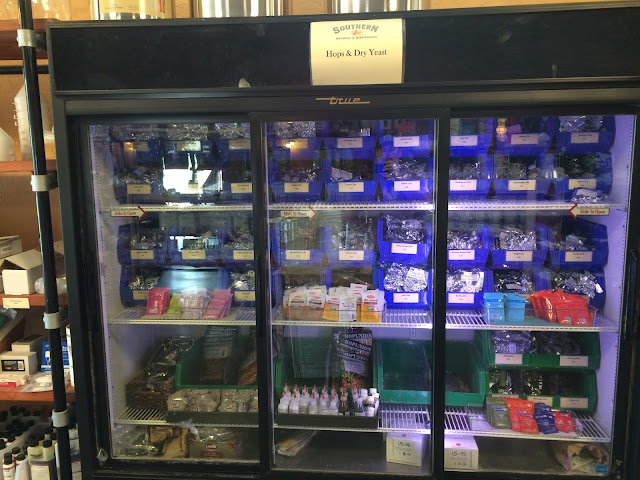 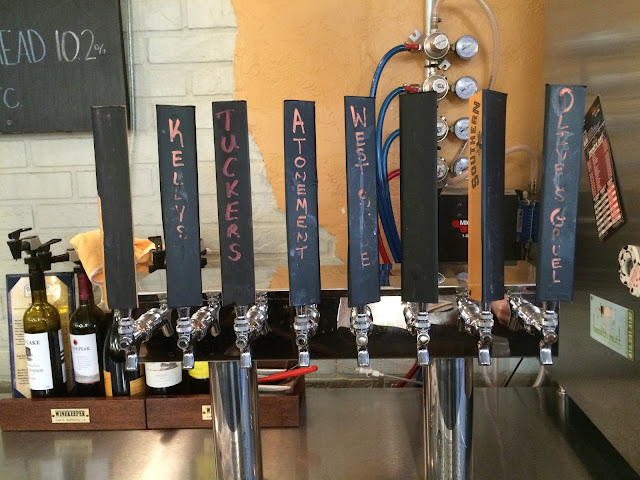