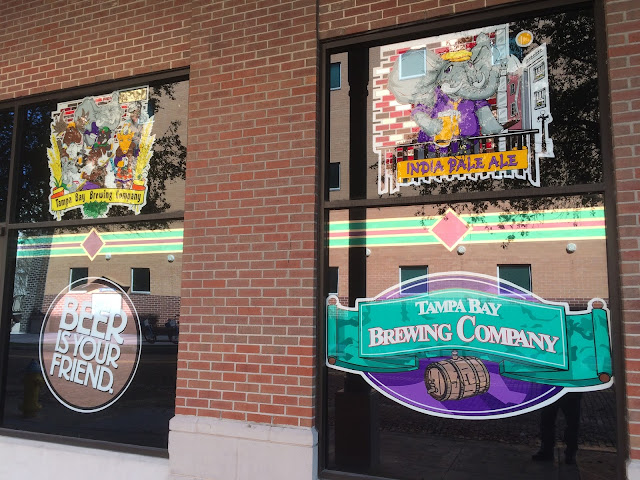 Shortly after leaving Cigar City Brewing, my wife and I arrived at Tampa Bay Brewing Company in the old part of Tampa. Not sure if it was something I said, but as soon as I walked in, the four cops enjoying lunch got up and left! Anyway, TBBC is a full service restaurant in addition to a brewery. You can peer right into the brewing area over in one corner, too.

The brewery has an outdoor seating space as well which includes its own set of beer handles. We were kicking ourselves afterward for not enjoying the beautiful day there. We didn't notice the outside area until we were leaving to check out some of the old buildings and cigar shops on the opposite entrance. Anyway, we drank some nice beers, so all was good on Stop 2 of #EpicTampaBreweryTour ! 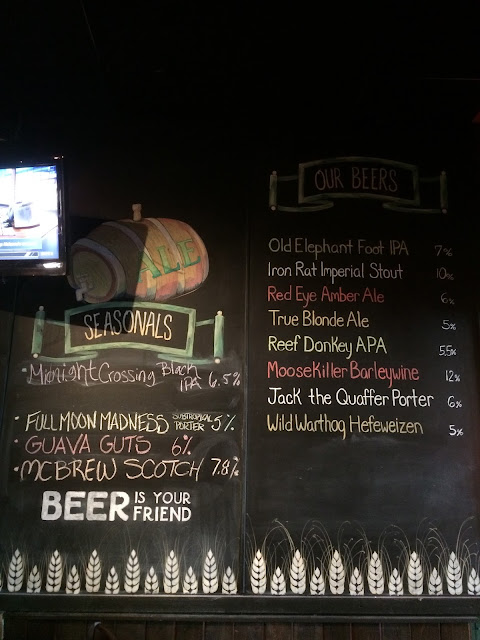 Guava Guts was great, tons of guava with a nice spicy bitter contrast; Old Elephant Foot is super hoppy with lots of citrus, flowers, perfume and very dry at the finish; Full Moon Madness, not bad, though it was my wife's favorite (she wanted the one beer they ran out of considering her new found Porter/Brown Ale love: Jack the Quaffer Porter); Moosekiller Barleywine was sweet and spicy, strong 12% alcoholic kick, syrupy, fruity, caramel, tons of flavor, my favorite.

I probably should have paid attention more during my research and planned to have eaten there. That way, we would have avoided the wing joint where I killed two roaches before walking out. Lots of charm and apparent history are on display. Check this place out! 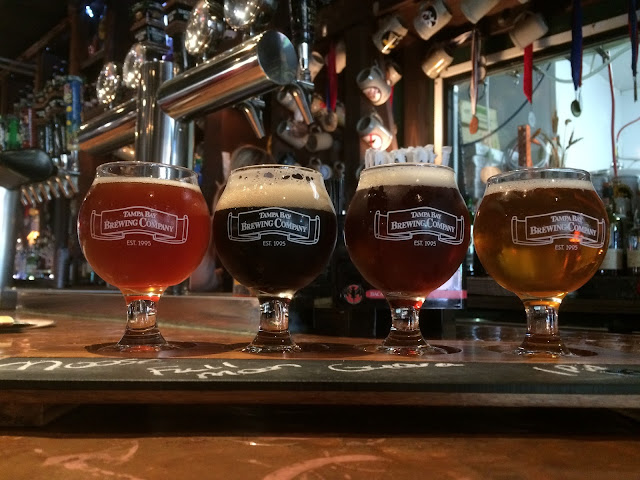 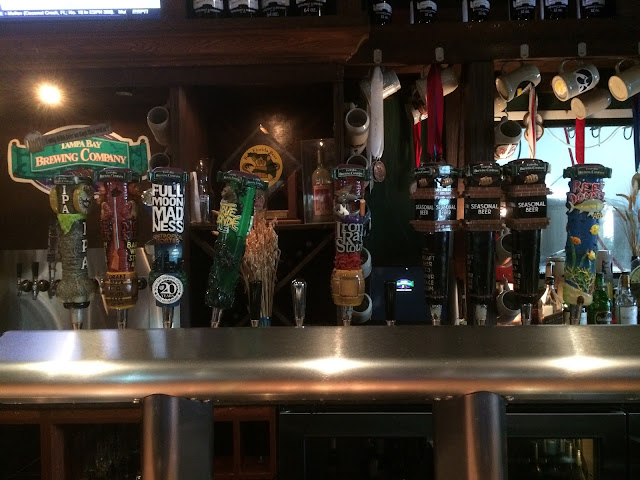 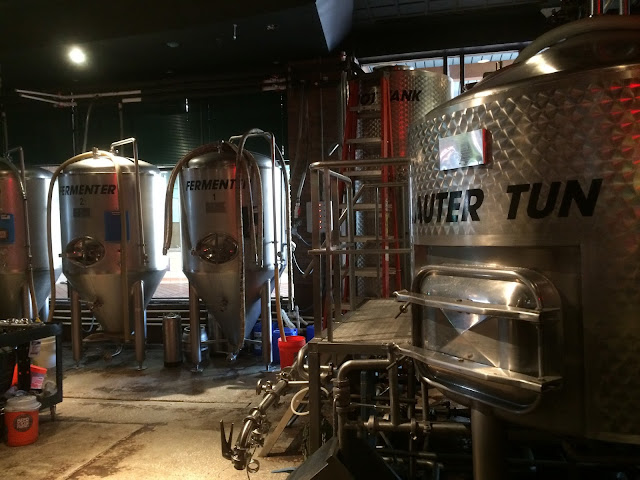 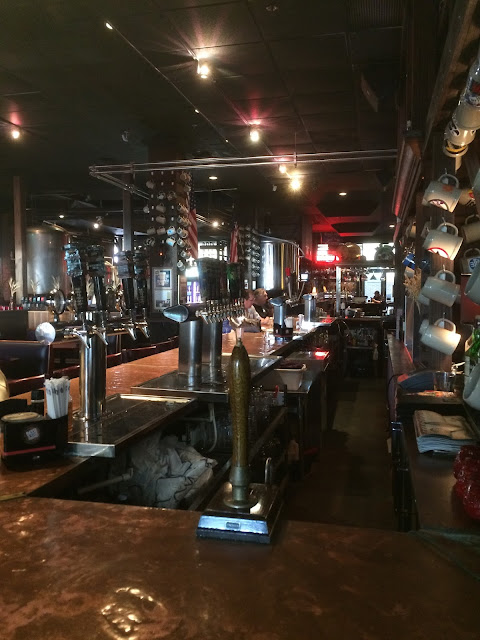 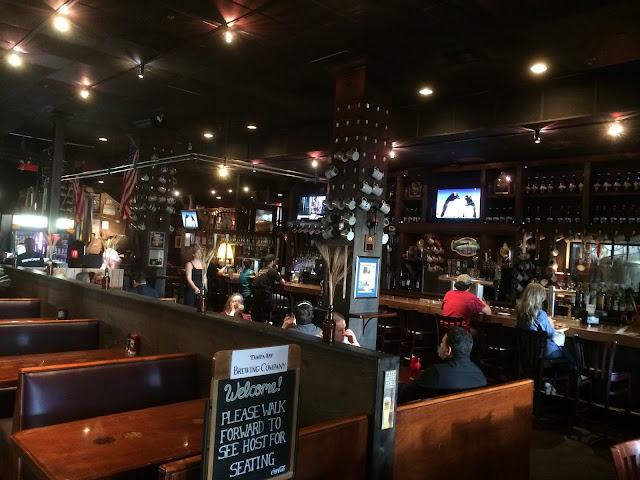 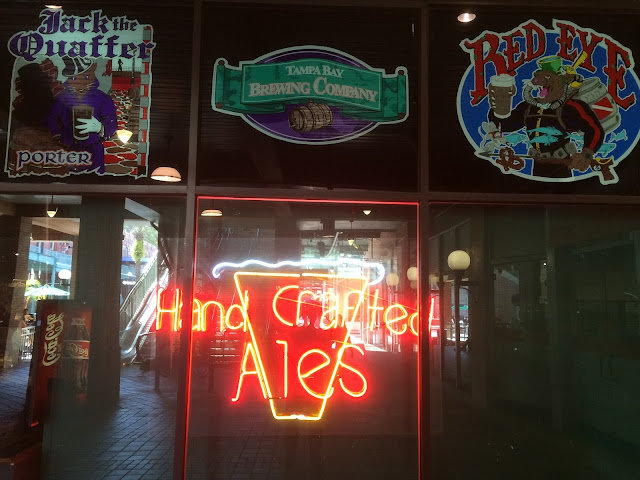 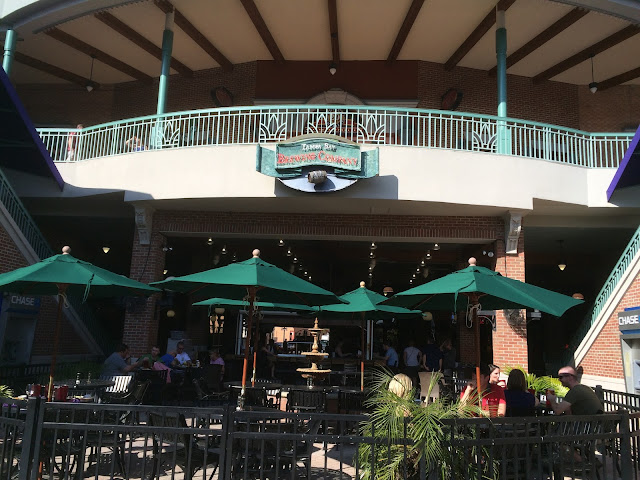