Tuesday night, Russo's Coal Fired Kitchen in Pembroke Pines, FL hosted their third monthly beer dinner. This was an extra special version! Pioneering Craft Brewery Anchor Brewing was being featured alongside a four-course meal prepared by Chef Jason Arroyo (previous Sous Chef of Michael's Genuine Food & Drink). AND... Anchor Brewmaster Scott Ungermann was in the house to speak about the beers, including two new ones from their Pacific Siren Series.

Before the dinner, I had the opportunity to chat with Scott and some other representatives from both Anchor and distributor Gold Coast over at a quick and informal beer tasting at neighboring Total Wine. Yum, Liberty Ale! And that Anchor Saison is money!

Scott is a professionally trained brewer with a long hands-on career over at Budweiser. When given the opportunity to work for Anchor, he jumped at that, despite knowing many changes to come. Scott told us one unexpected change was how much interviewing he'd be doing! Go get a job with Anchor!

Also in the house was long-time "Anchorman" Bob Brewer, with the brewery for 30 years. He is semi-retired now but still travels for some special events. He had a lot of great stories from his sales days. Some of Anchor's local people along with corporate marketing are making some rounds now in the Southeast, spreading the Anchor Gospel.

Back to the beer dinner. People mingled as they arrived and were given shrimp toast with miso and micro herbs paired with Meyer Lemon Lager. This welcome dish was awesome, a great little bite during introductions and while everyone grabbed a seat. And the beer was great with just enough of a tangy lemony nip to add some real interest.

And you could tell that Scott was  really passionate about this particular beer (and the Mango Wheat for the next course) as they are the brewery's newest beers and he was responsible for crafting them. It's totally awesome to still brew the Anchor Steams of the world, but when you also get to tweek that recipe and add in your own signature, pretty special. 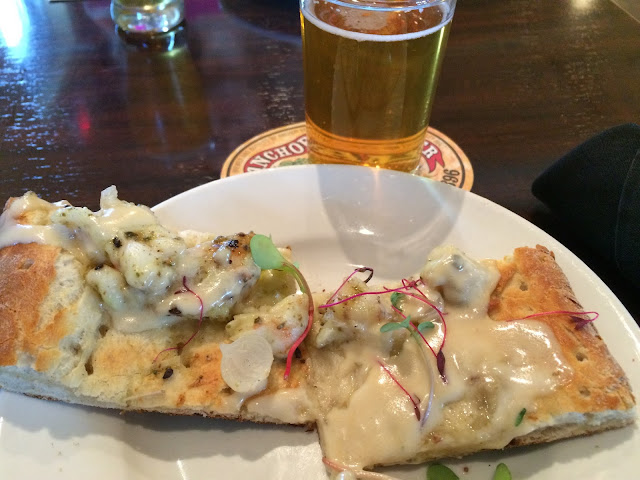 We proceeded to be served an awesome fresh green papaya salad with tamarind vinaigrette. Crunchy and sharp and worked so nicely with the flavors of the Mango Wheat beer. Anchor Steamed Mussels with Anchor Steam beer? Yes, please! And I'll eat those belonging to my seafood-shy neighbors too! Oh and please refill this shot glass with more beer!

Braised Osso Buco with spätzle, mustard greens and pickled fennel with Anchor's Winter Wheat. Very tasty! Not your obvious Italian dishes for a beer dinner, at least that was my impression, but not a negative one. I guess I'll have to go back to check out the pizzas and calzones! Oh, and that Hoppin' Cake n' Shake with bruleed meringue paired with Anchor Barrel Ale was the best finish! 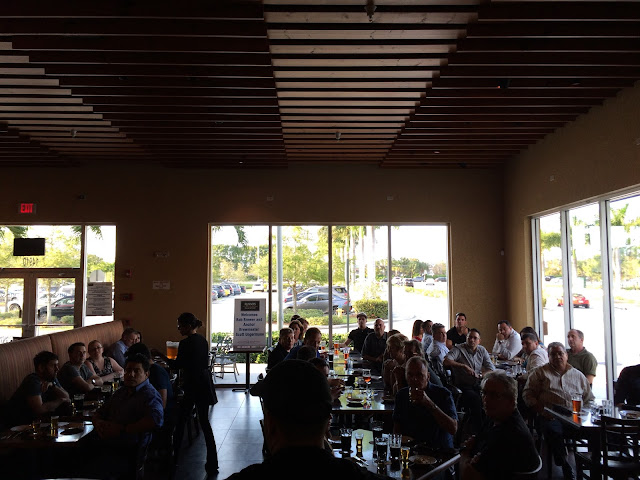 I walked out with a new Anchor beer glass and a menu autographed by both the chef and brewmaster (was funny Chef Arroyo was caught by surprise someone would ask for that)! Definitely check out next month's beer dinner at Russo's -- rumor has it the 4th monthly event will involve Tampa's Coppertail Brewing! Not confirmed so pay attention to Russo's Facebook page for all info! But that brewery is so awesome!

Thanks for a great dinner, excellent service, fun people and conversation! 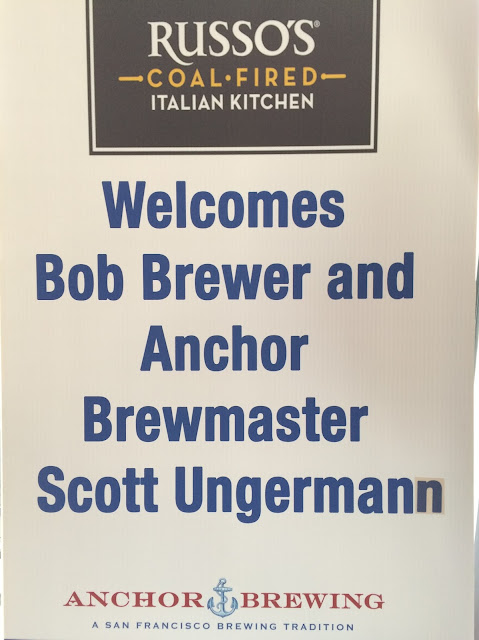 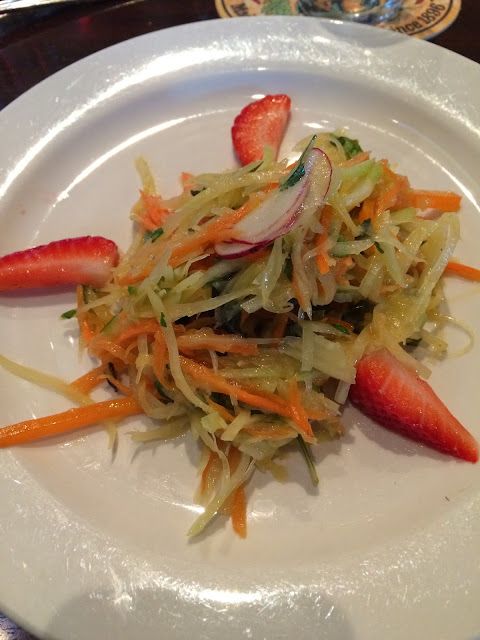 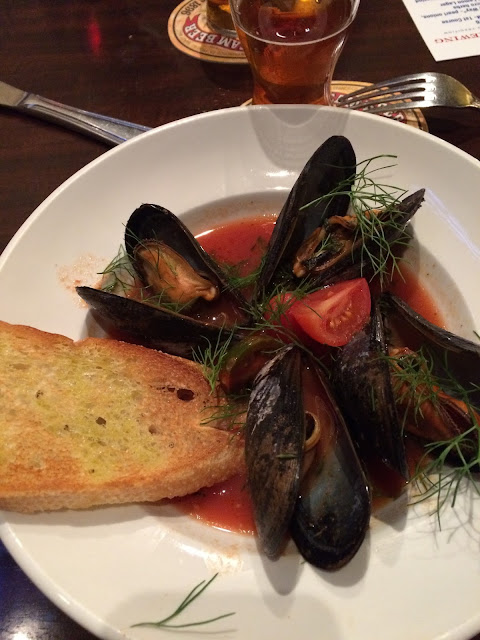 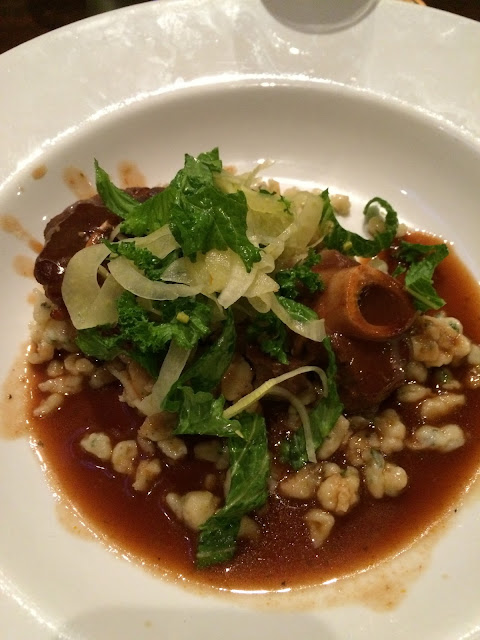 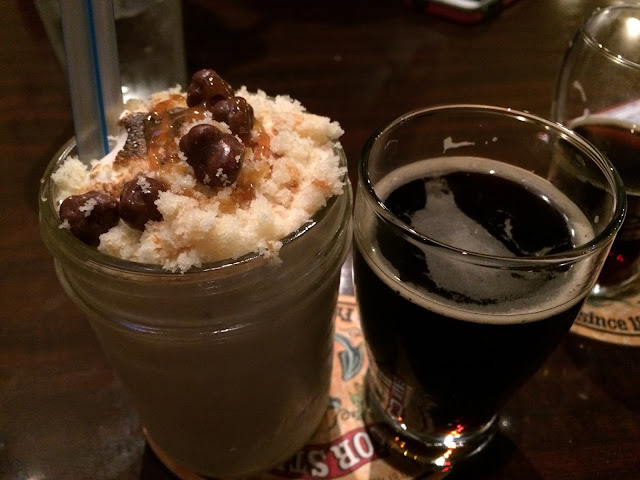