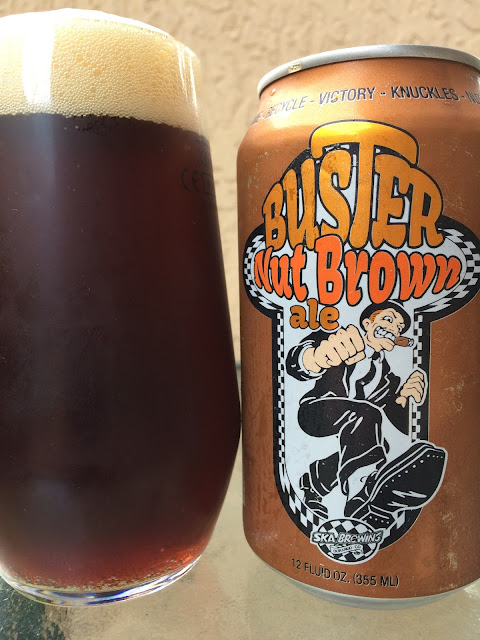 Durango, Colorado's Ska Brewing beers aren't distributed here in South Florida. I've tried a few here and there while on vacations or business trips, but nothing to speak of. So I for sure said yes when asked if I'd like to try a trio of their lineup.

The can has a black and white cartoon "wise guy bully" theme. This particular bully is about to stomp on your day with his shoes, probably Buster Browns. Actually after relying on Wikipedia, I see that the comic character is original with the shoe company adopting the mascot shortly afterward, over 100 years ago. 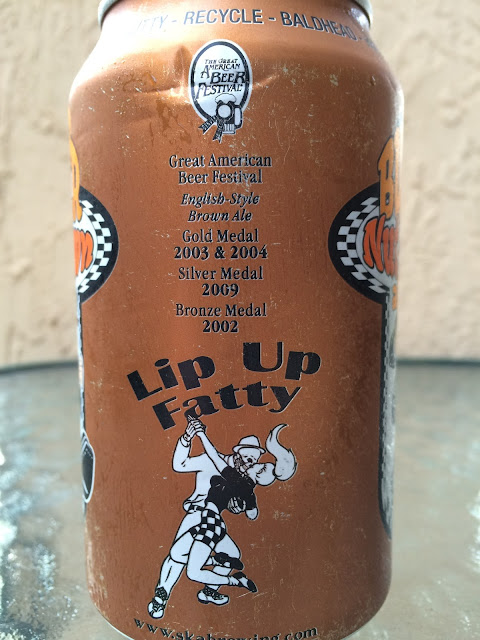 Buster Nut Brown Ale, which according to the can is a winner of many GABF awards. Though the awards (including two Golds) are dated to 2002, 2003, 2004, 2009, that's still much respect! Same panel, "Lip Up Fatty" with a hot chick dancing and making out with a skeleton. Hmmm.

Nutty aroma with a light sweetness. Delicate flavors but tasty. Nutty to start with plenty of roasted malty and grain and brown bread flavors. Light chocolate. On the light side of a medium body. Generically malty with a light hoppy bitterness. Very simple but enjoyable, and as it warms up, the flavors are a little more pronounced.